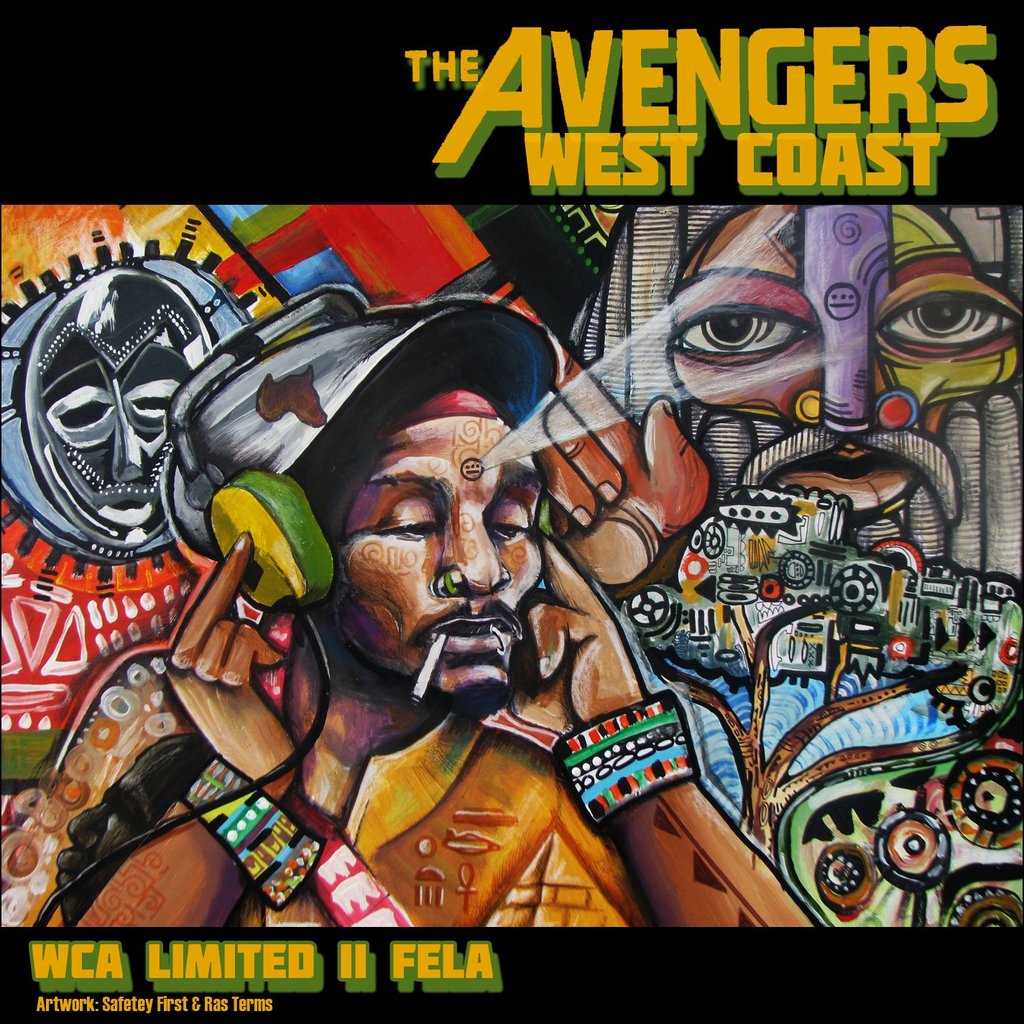 Getting Down Lower Than Atlantis: Q&A with Del The Funky Homosapien 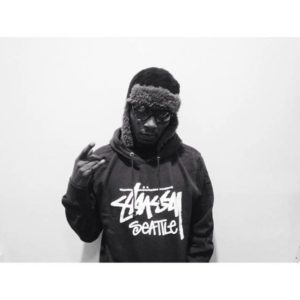 The Colorado Hip Hop community got the funk down this weekend, being gifted with several shows by none other than the funkiest of all homosapiens, Del. Having started his long journey of a career in the early 90’s collaborating with cousin Ice Cube, it was not long before Del was blazing through the waves of the Golden Era making a name for himself. Now, even with an abundance of feverishly influential albums behind him, Del is still putting his ear to the drum machine and finding the sound for us tap our toes and clap our hands to. Sir DZL took a moment during his string of sets to sit down with 303 Magazine and talk about the fresh vibes that are about to float are way.

303 Magazine: First off, thank you for meeting with me. How was yesterday at the Larimer Block Party? 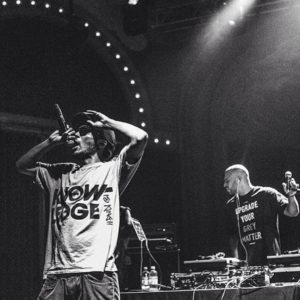 Del: It was good, there was a big sea of people. Of course it wasn’t just for me, but I could see down the block. It was cool.

At this point you have such a big solo career, yet you are also a part of so many large collaborations, such as Gorillaz, Deltron, and Hieroglyphics. What is it like having a career like that? Do you prefer it that way?

If I had to sit down and think about it, yeah I like it. It is not something that I set out to do, but if I just vibe with somebody then I’ll get down with them. I am open. Also, business wise, I enjoy making connections as well. It is just the way it moves. As long as someone is into what I’m doing, I’ll meet them halfway too. Honestly, I like what I do the best.

Do you feel more expressive as a solo artist?

I don’t know about more expressive. Actually, it is probably not as expressive. It is more centered on being raw and dirty, basically. When I get with other people they usually get something out of me that I wouldn’t normally be able to get out myself.

How was Hiero Day this year?

Hiero Day was cool. A lot of people I hadn’t seen in a minute came out. All my folks in the music business came out. 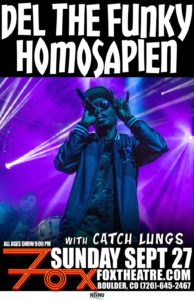 Do you have a favorite memory from a Hiero Day?

It is a lot of work, so usually I am excited when it is over. The impact, however, it went well. A lot of my friends from growing up were there. Being from Oakland a lot of my people come out to see it.

At Hiero Day, or even just at normal performances of yours, do you feel like the crowds change?

Touring is hard. Just the travel part is obviously a big deal. The crowds, yeah they change. In a lot of ways they have gotten hella younger, which doesn’t matter to me. A lot of skaters come out to my shows.

Isn’t it unique that your music is part of skating culture? Being in video games and such, you expose a lot of those kinds of people to good Hip Hop.

I could agree that it’s unique, yeah. I am not surprised though, because that is basically what I was always around. A lot of skaters out there are in to rap. We damn near invented that culture in the Bay Area. I can get along with all kinds of people, I attach a lot of my success to that.

What was is like being a part of Golden Era Hip Hop? 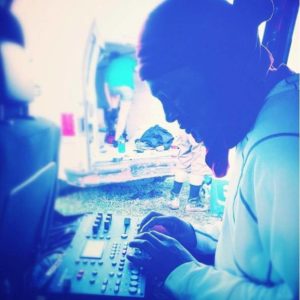 It is like it is now. I don’t really see a difference. People get nostalgic, I guess. I do like how time periods offer different things, though. Sometimes music offers a sort of time travel. You could listen to the Blues, and time travel back to that period and see what was so great then. You can see how everything correlates after that, how other decades of music came out. I am just trying to stay ahead of the curve, you know. What’s popping now? I have always been like that, I was the kid who wanted to be up on whatever nobody else was hip to yet.

Your last solo album was in 2014. What can we expect from your solo stuff? Any projects coming our way?

Yeah, I work with A-Plus. When we work together it’s called Compound 7. We have this one project we’ve been working on called Hypnotize, and it is kind of about a zombie apocalypse. You have a lot of zombies-like people around today, like Walking Dead, so that’s the metaphor and it’s coming.

I work on a lot of stuff though, I have mix tapes floating around. I just worked with Mr. Liff on some stuff, I like working with him a lot. I just work on getting to the purest form of expression. I am just trying to be economical about it. It just works better as far as the audience concerned. It’s the people first, the monetary part will come anyway if you think about the people.

Speaking of what the people want, Deltron 2 came out, and that was a hugely anticipated album in hip hop. What was it like handing that over to fans that had been waiting over a decade? 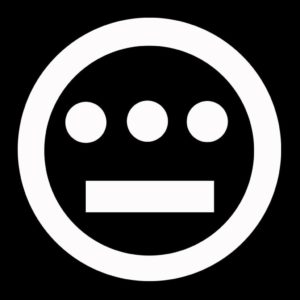 Working with Dan [The Automator] is cool, it’s fun. Touring is a lot of fun too because we went out of the country. I like Germany a lot, and the people seemed appreciative. As far as that is concerned, I was happy.

The process of the album was long. What first happened was I lost my hard drive. I lost all of my raps that I wrote for it. But, I was in the groove at that point, so I just sat in the studio and we just started making up new stuff. A lot of what you hear on 2 is just new stuff, it happened right there, right then.

I am eager to work with Dan in a new direction. I don’t want to squeeze Deltron more than was meant to. Let people enjoy it. Dan, Kid Koala, both of them are great artists. I love that way Kid thinks, I like watching him work. I am excited to try new things with both of them.

Your voice is pretty iconic. How do you think that empowers your music?

Honestly, I don’t think about it much. I just got a unique voice I guess. I used to get in trouble in school all of the time. It resonates. There is no way I could whisper in class and get away with it. 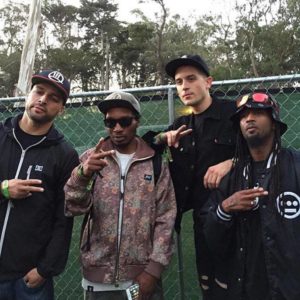 From here, the conversation is joined by A-Plus and Domino, both of whom are part of Hieroglyphics with Del. They discuss their younger years, clowning on teachers and reading comic books in class. They tease each other and talk about Hieroglyphics, namely how they were one of the first musical groups to have a website, mostly because of Tajai’s being in school at Stanford at the time.

After a bit, it is time for the guys to take the stage for the Boulderites. We say farewells and the funk pours out over the crowd. There is a mixture of all things Del on the plate of the evening that is the set list. “Catch A Bad One,” “Dr. Bombay,” and “Virus” were all among the first tracks belted out from the three gents.

“The Powers That Be,” the legendary “You Never Knew,” and “Boo Boo Heads” followed in suit. The arms of the audience were swinging back and forth non-stop as “If You Must” jammed with every last bit of funk anyone could ever plan for. The show continued on into the mountain night, and the patrons were left satisfied. At least, that is, until the next time the funkmaster shall return.