303 Magazine is doing “Brew With a View” a little differently this week by choosing our own beer and hike. For our brew, we decided to showcase Finkel & Garf Brewing. This Boulder brewery  has been around just over one year now and already has the capacity for canning. Read further to see what sort of hike we paired with this company’s philosophy of, “Play Often”  and to see if its brew was worth the view. 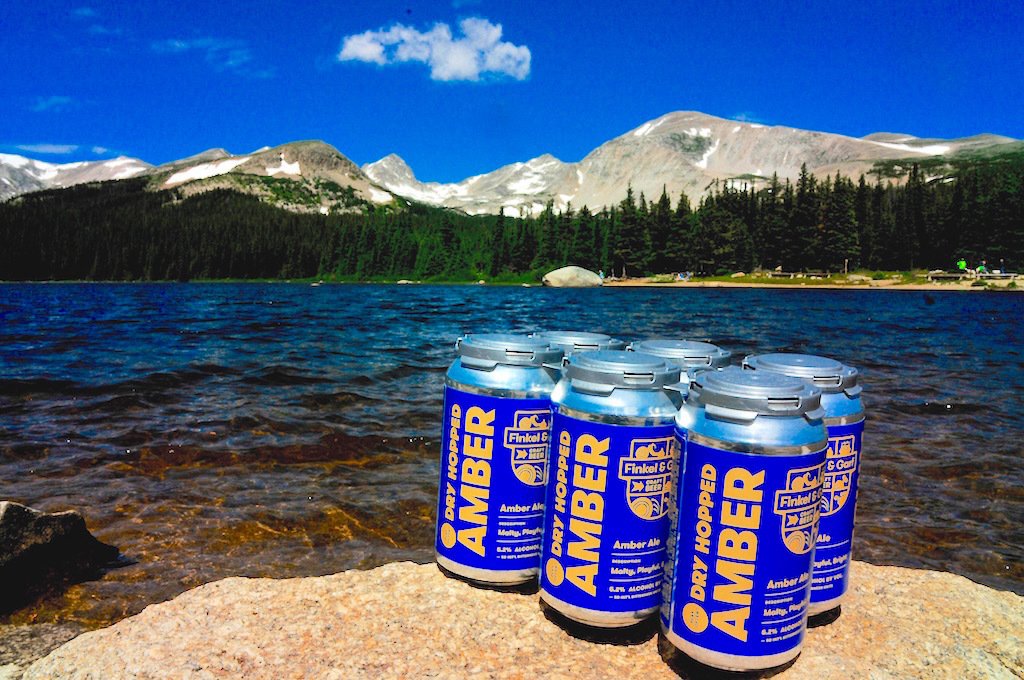 The Beer: Dry Hopped Amber
ABV: 5.2 percent
Located in Boulder, Finkel & Garf Brewing takes a unique approach to its beer. When talking with one of the owners, Dan Garfinkel, about his brewery’s philosophy he said, “It’s about where you are, who you are with, and what you are doing. Beer is just the facilitator.” This unique philosophy of Finkel & Garf Brewing shows its light-hearted attitude towards its craft. With a motto of, “Play Often” it’s clear that to this brewery, how one enjoys its beer is almost as important as the brew itself.
Finkel & Garf Brewing’s Dry Hopped Amber is deliciously sweet and fruity. The beer has a caramel sweetness base that is traditionally found in an amber beer, and the dry hopped flavor of the hops accents the end of each sip with floral, citrus flavors. This beer was perfect for a long day of hiking. 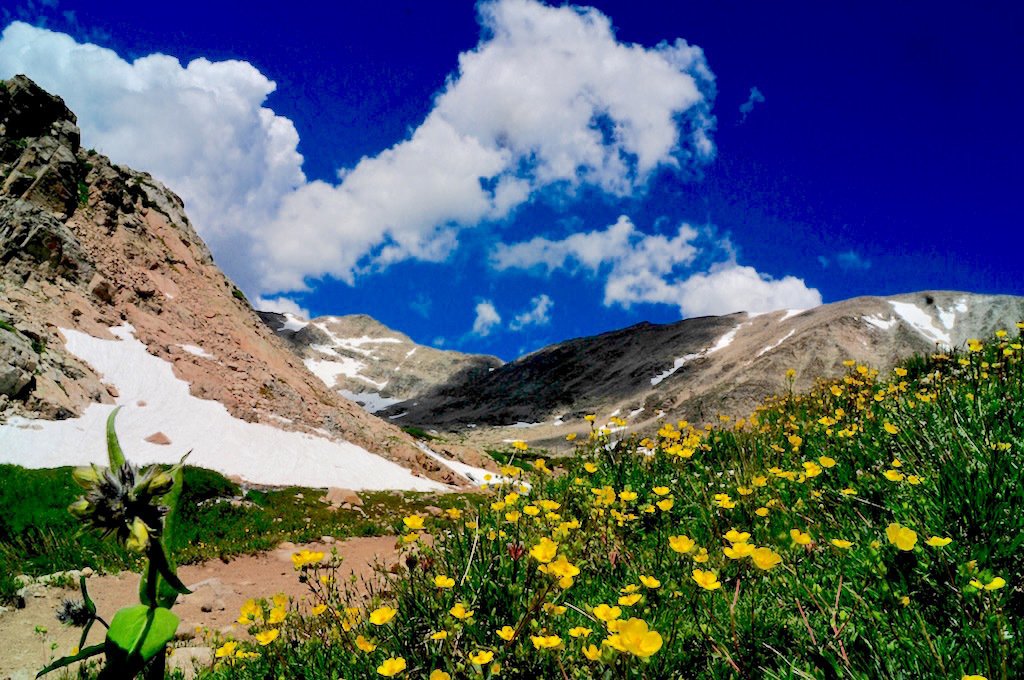 Where: Blue Lake in the Brainard Lake recreation area.
Difficulty: Moderate
Pro Tip: Bring a towel. There are several bands of cliffs around Blue Lake, that can be used for cliff jumping. But first, be very careful that you know which areas are safe before taking the leap.

Beginning at the Mitchel Lakes trailhead, Blue Lake is a refreshing pool of snow melt 3 miles from the parking lot in the Brainard Lakes Wilderness Area. The trail leading up to Blue Lake meanders through a pine and Aspen tree forest dotted with wild flowers and crosses over gurgling streams fed by snow melt from the jagged peaks above. Rather than going straight up, the trail to Blue Lake ascends at an easy, relatively gentle incline towards the summit.
Beneath a row of towering, rocky peaks, Blue Lake is an oasis of deeply blue colored water fed by waterfalls (yes, it is as cool as it sounds). Wildflowers grow in small fields between massive boulders, adding bright colors to the evergreen trees and grasses of the area. The lake is situated just above tree line, with groves of waist high trees growing throughout the area.

The Verdict: Finkel & Garf Brewing’s adventurous flavors in its dry hopped amber pair perfectly with the mountains, and seem as natural to the hike of Blue Lake. This moderate hike was excellent, and the brew was definitely worth the view.

All Photography by George Hardwick.