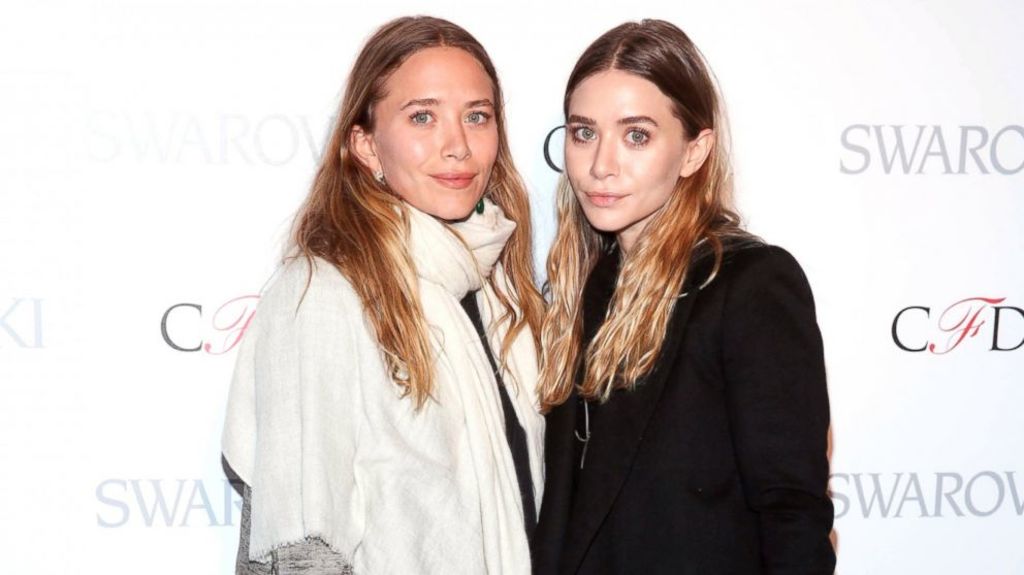 Throwback Thursday: The Style Evolution of Mary-Kate and Ashley Olsen

Since the ripe old age of nine months, Mary-Kate and Ashley Olsen (or “The Olsen Twins”) have been in the limelight with roles on “Full House” and a series of crime-solving movies we’ve all seen at least once. It didn’t take long to fall in love with these blonde-haired, blue-eyed twins and growing up with them has created a bond that many of us still carry to this day. Whether we were buying their dolls from Target or envying the next movie adventure in the best clothes, we’ve followed along as they’ve established themselves as two of the youngest millionaires and fashion icons of the ’90s.

Their style has transformed from teenage trendsetters in matching leather jackets to couture designers for multiple successful fashion lines. Having recently been honored with the coveted CFDA Womenswear Designer of the Year award for The Row, the two petite designers have made a name for themselves outside the classic movies we all checked out at Blockbuster. In honor of these VHS rentals, below is a list of our five favorites and the pieces that made each outfit (and every montage) worthy of a style recognition. 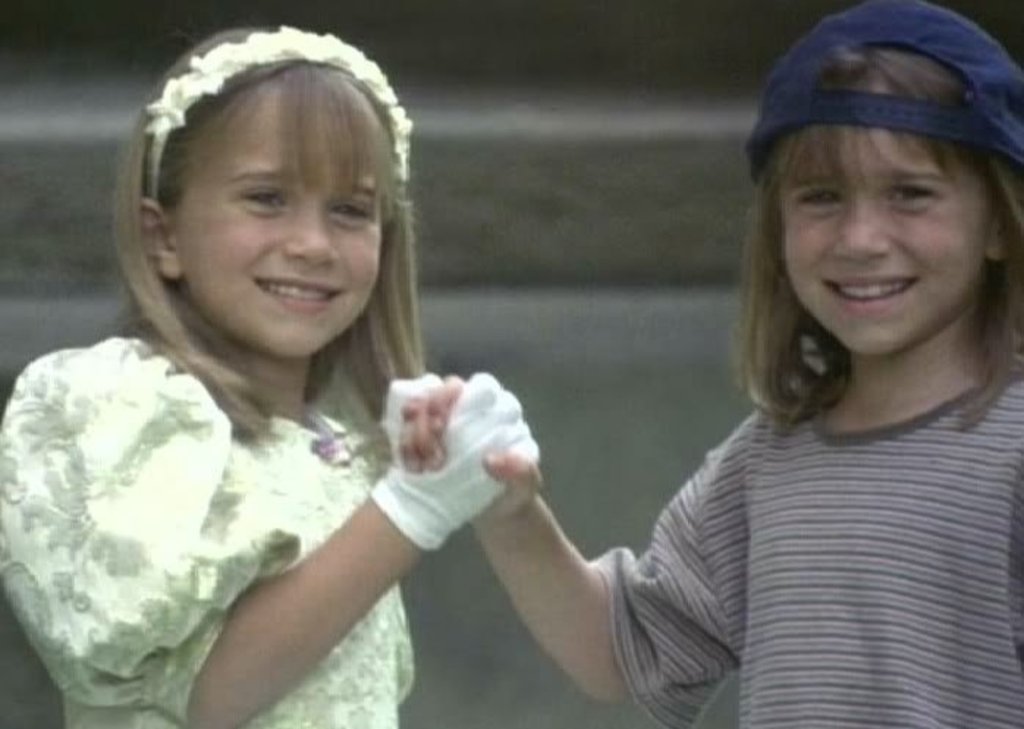 It’s the classic tale of twins separated at birth, minus Lindsay Lohan. The story of a rich girl and an orphan who accidentally meet and happen to also be identical is everything we could ever want out of a 90’s movie, including the overalls. There’s nothing like watching a girl play baseball in a floral shift and backwards cap, exuding both style and a Cara Delevigne meets “Ice Box” from the “Little Giants.” It’s wonderfully simple and adorable without being frumpy. No matter what they were up against, each and every outfit worn by both MK and Ashley is iconic in their first of many films to come. 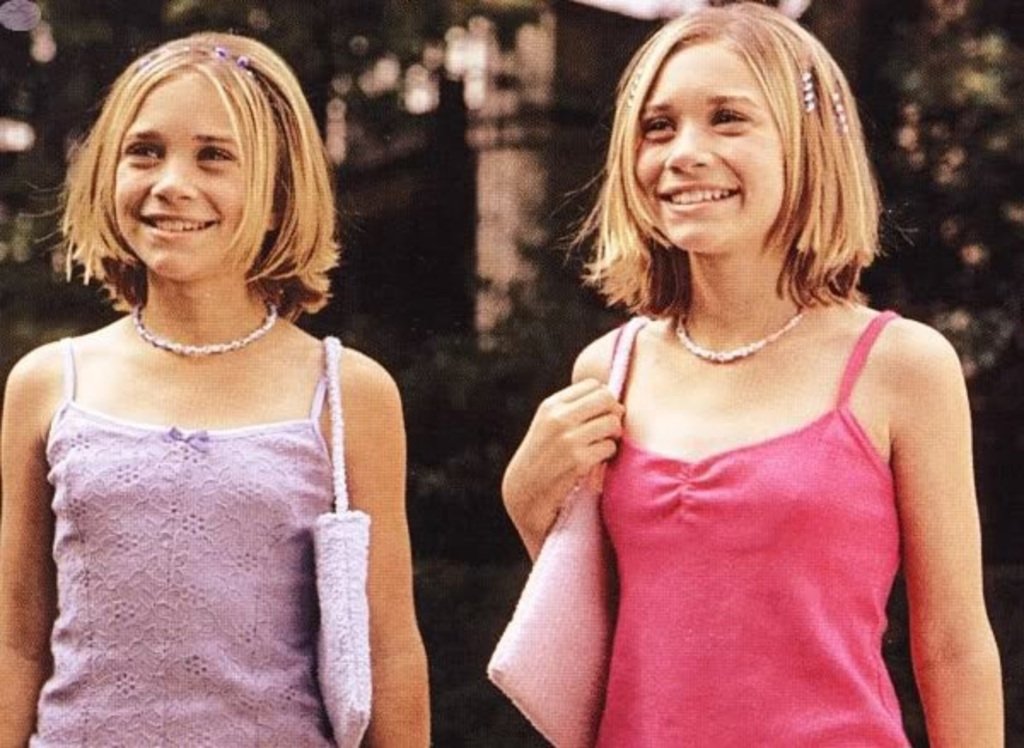 It’s not everyday that two young American girls get shipped off to Paris to hang out with their grandfather. This was the beginning of many coordinating outfits and we can’t get enough of it. Peasant tops, hair accessories and adorable French boys with mopeds made every girl want to be them. Since a young age, the two have had their clothes custom made to their petite frames and the flirty pre-teen wardrobe was both envious and genius. But seriously, where can we get a pink over the shoulder backpack? 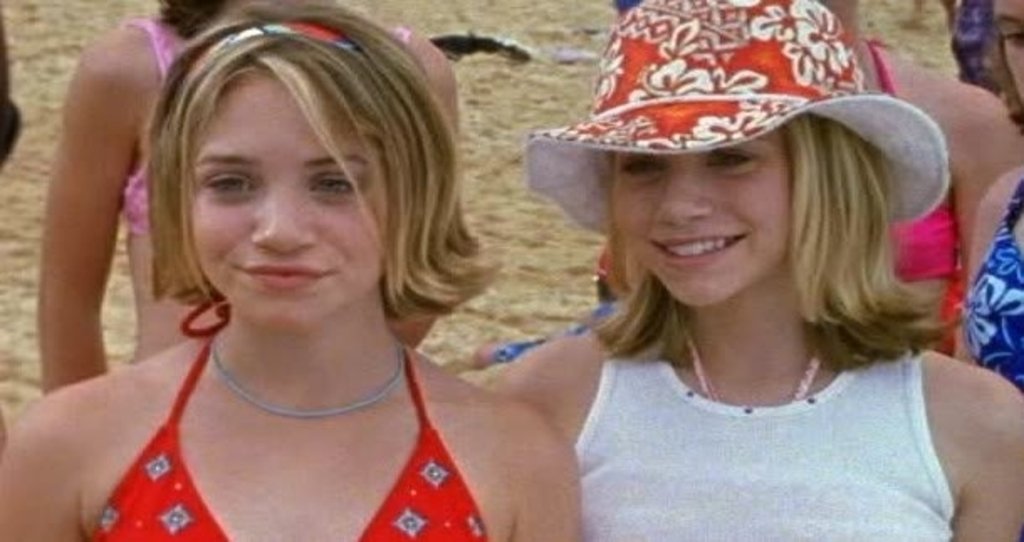 They made color-tinted sunglasses trendy and even made us want to try Vegemite. Being part of the Witness Protection Program is tricky but once again the two made it look easy being abroad in crazy-cool clothes. The flipped out, gelled hair and countless pink and blue coordinating looks can easily be traced back to why everyone wanted a twin back then. No matter if you were more tomboy like Mary-Kate or preferred a little extra girly detail like Ashley, they were always one step ahead of the young girl fashion scene. 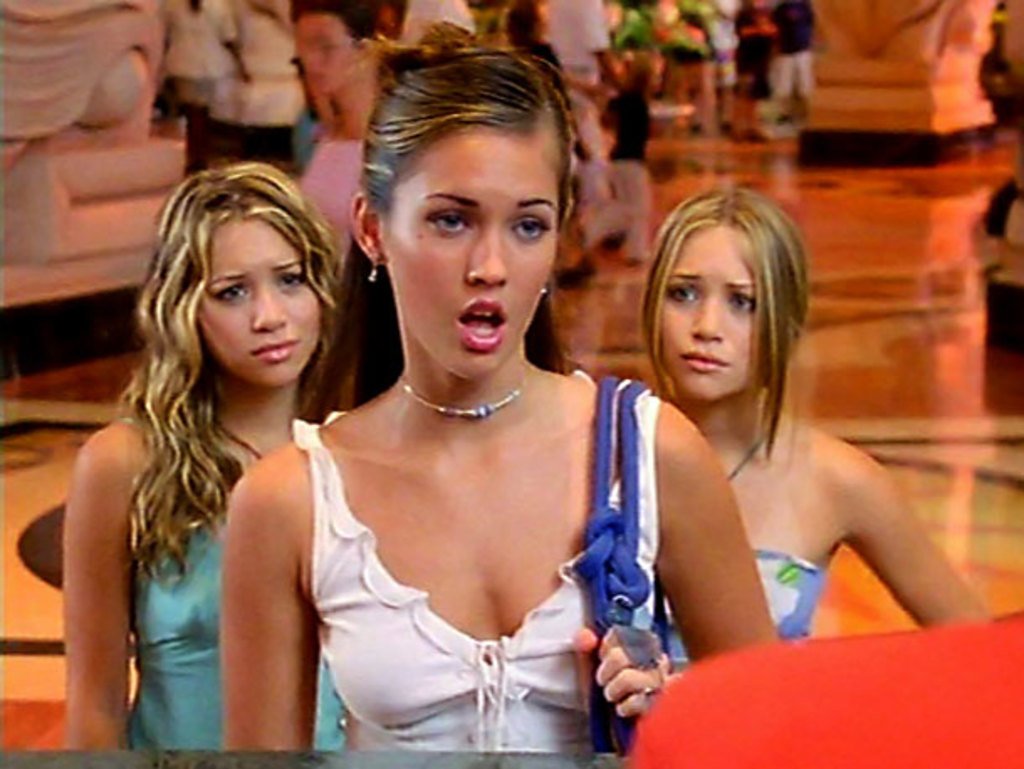 …enter every single envious tube top that you could never find. This is the movie where we’re not only introduced to a young Megan Fox but the beginning of more grown-up Olsen twins, both in the storyline and wardrobe. If you didn’t already want highlights, you did after this. A plethora of beautiful bathing suits, cover ups and jean skirts made this trip to Atlantis one of our favorite Olsen Twin movies, hands down. 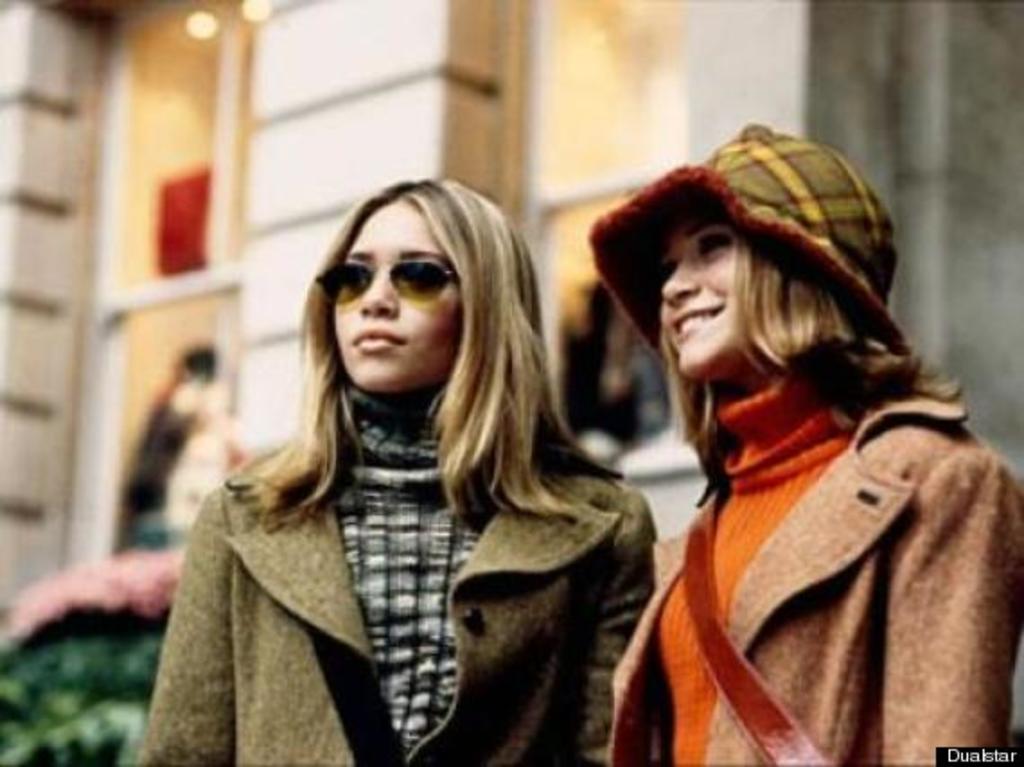 Another casual trip abroad, this time with Model United Nations. They made debate club look cool with outfits that brought together trenchcoats, plaids and bucket hats – not to mention some of the best trousers every worn by a high schooler. England is known for being rainy and their wardrobe throughout the sights, dance clubs and debate meetings was nothing short of dressing the part. We’re still trying to figure out where to buy these pieces in 2015.

I can still remember my first pair of jean capris with patches and how I’d wait the required week before going to Blockbuster to re-checkout one of their movies. What started off as a trend among teens has blossomed into a celebrity high-fashion line way outside the realm of any home video or TV show. We’ve loved everything about them from Day 1. Their ability to continuously produce multiple movies as well as start a Walmart line, bringing to life some of the pieces we all wanted to wear, was just a small step in the huge empire they’ve created in their 27 years in the spotlight. Though most of their time is now spent behind the scenes at fashion shows, we will always remember watching them develop their style.