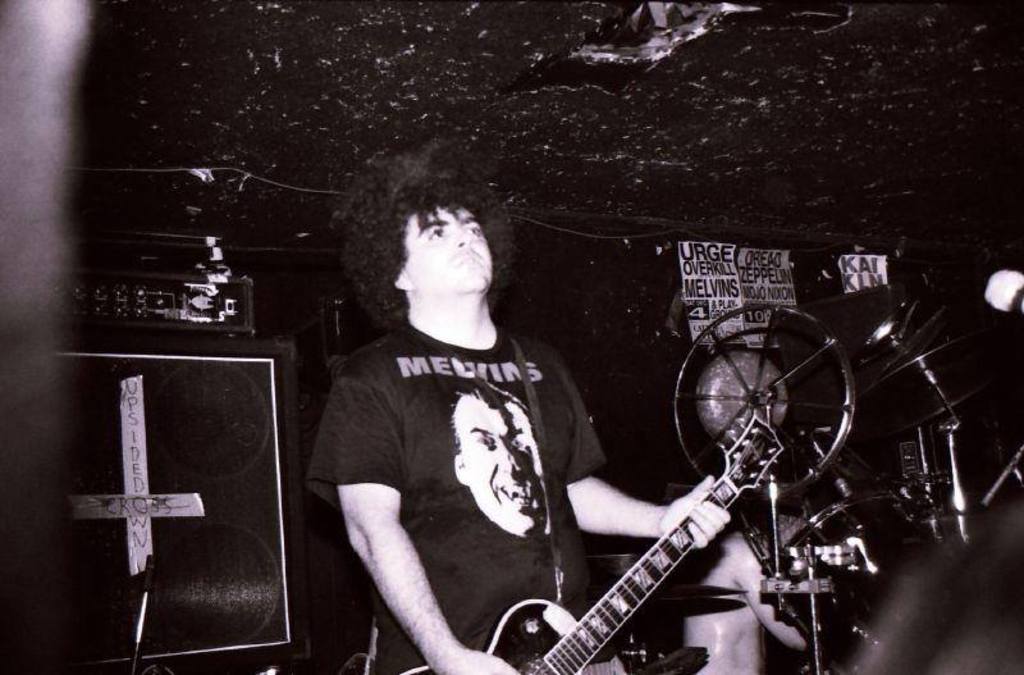 Addison Herron-WheelerJuly 14, 2015
303 MagazineConcerts11 min read
11 min read
If you’re wondering why the Metal Meltdown list looks so long this week, it’s because there is an absolutely unstoppable amount of pummling, headbanging, neck thrashing metal coming through the area just in this little week alone. From the great weirdness of The Melvins to the aggression of Black Breath and the technicality of Psycroptic, there is definitely something for everyone this week. While it may be a bit exhausting to try to make it to all of these shows, there’s no excuse not to at least check out a few. 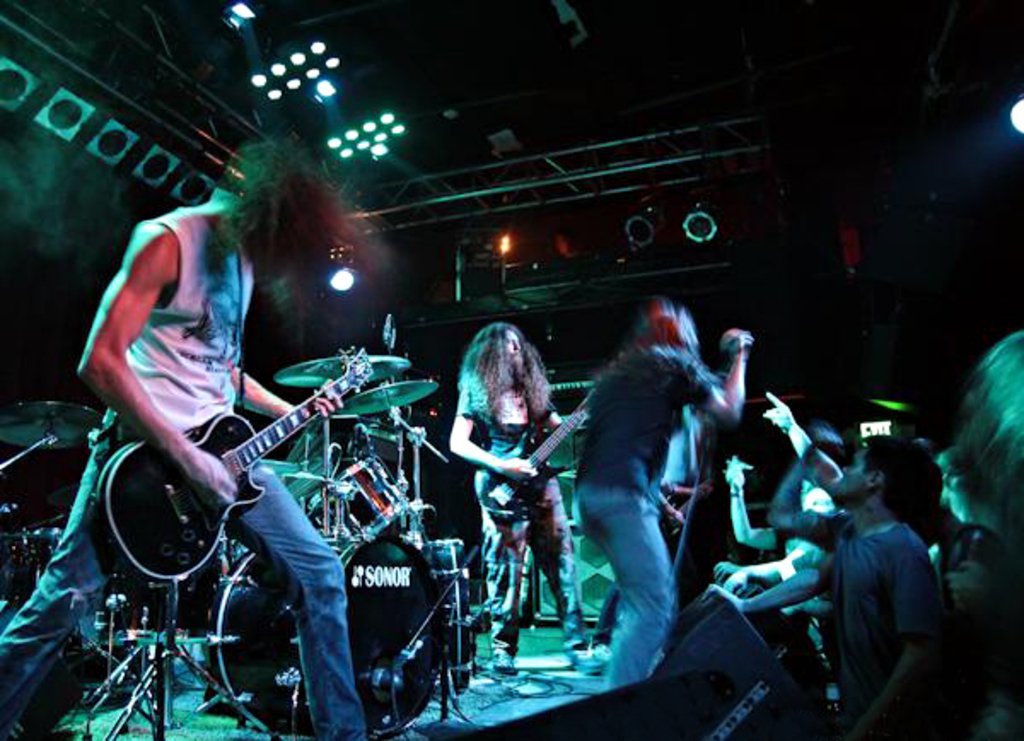 Seattle-based feasters of the damned Black Breath are bringing their buzzsaw riffs to the Moon Room this Tuesday along with fellow Seattle grinders Theories for what is sure to be a wonderfully chaotic evening. It’s been a few years since Black Breath’s previous album Sentenced to Life was released, but rumor has it they’ll be releasing a new full-length later this year, and it’s likely they’ll be playing some new thrashers for this show. Opening the show will be equally ripping local acts Of Feather and Bone and Call of the Void, making this show the sonic equivalent to getting your skull split in half with a chainsaw. A good time will be had by all. Don’t miss it.
Who: Black Breath, Theories, Call of the Void, Of Feather and Bone
Doors: 7:00PM 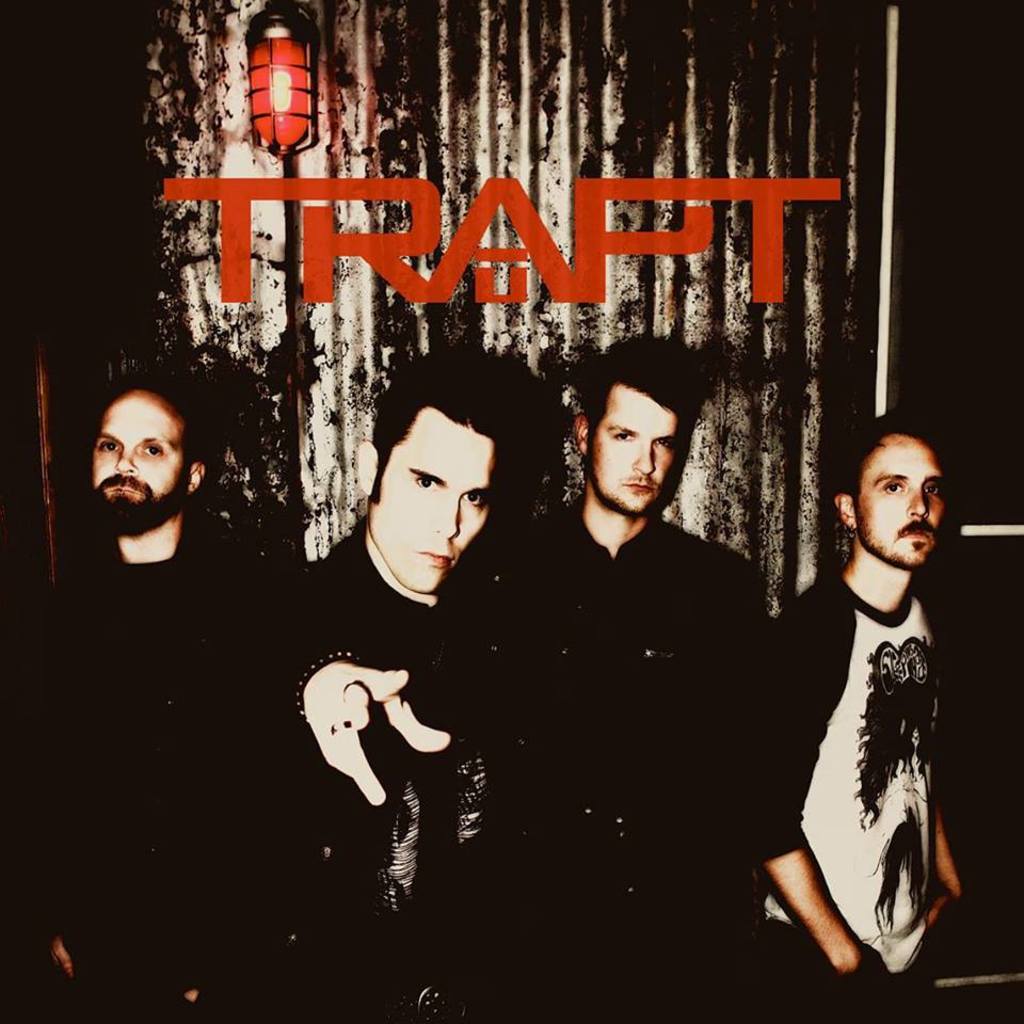 Full disclosure: I had absolutely no idea Trapt were still around before writing this. I’m fairly confident the only thing they’ll ever be known for is “Headstrong,” but hey, good them for keeping it going after all these years. They’ll be performing at The Black Sheep in Colorado Springs on Wednesday with some other hard rock/nu-metal bands, including two whose names substitute the letter “Y” where the letter “I” should be…apparently that’s the nu-metal thing to do. Anyways, if you’re into that sort of thing, then this ought to be a great show to catch! Jokes aside, I’m sure Trapt put on a fun show, and at the very least you can always sing along to “Headstrong,” so if you’re without something to do on Wednesday night, check this show out!
Who: Trapt, Sons of Texas, Guns Out at Sundown, Poynte, Determyned
Doors: 6:00PM

Tasmanian tech-death devils Psycroptic are headlining the “Bloodletting North America Tour,” which also happens to mark their first U.S. tour in nearly five years, and they’re making a stop at the Moon Room this Wednesday. The bill boasts a “who’s who” lineup of modern tech death bands, including Arkaik, Ovid’s Withering and The Kennedy Veil, and the amount of face-smashing riffs, ass-shaking grooves and brain-melting musicianship that will be on display here is sure to leave attendees in a bonafide death metal daze. Psycroptic released a brand new and totally destructive self-titled album earlier this year, meaning their set will contain cuts both old and new from their discography and will give listeners a better idea of just how awesome they are and how important they’ve been for technical death metal. However, the other bands on the bill are no slouches either. Death metal devotees aren’t going to want to miss this one.
Who: Psycroptic, Arkaik, Ovid’s Withering, The Kennedy Veil, Seren
Doors: 6:00PM 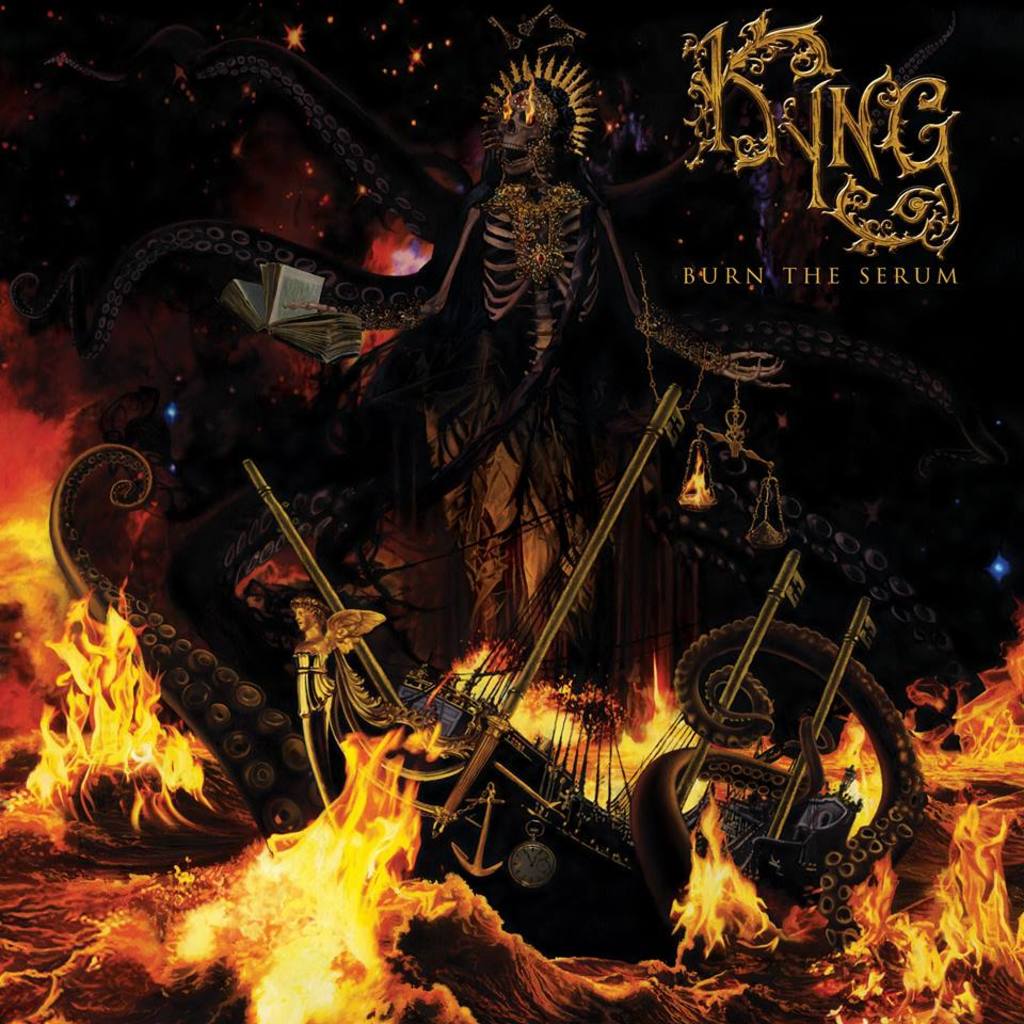 California-based Kyng are passing through Denver this Wednesday, bringing there special blend of hard rock and metal fusion to the The Marquis. Kyng are influenced by the likes of the Foo Fighters and Queens of the Stone Age, but they put a decidedly more aggressive spin on things. They will be joined this week by Bay Area thrashers Exmortus, Against Himself, a hard rock and metal band from Colorado and Bronze, another local metal group.

Who: Kyng, Exmortus, Against Himself, Bronze 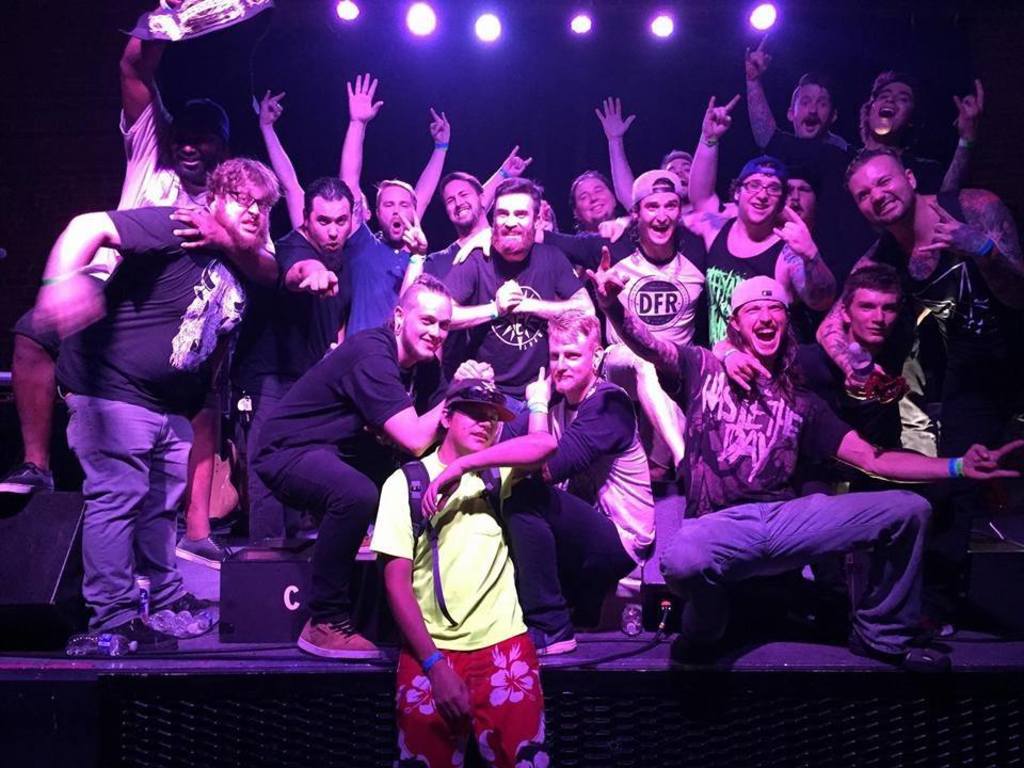 Wall of the Fallen @ The Marquis – Thursday, July 16

This Thursday sees metalcore group from Rifle, Colorado taking the headline spot on The Marquis’ stage. The guys incorporate some prog elements into their metal/hardcore fusion, and they are currently working on their first album after recently reworking their lineup. They will be playing with Bodies We’ve Buried, a local Colorado death metal band, Seven-Sea Voyage, a pop-punk/metalcore fusion group and My Ascension, a local post-hardcore band.

Who: Wall of the Fallen, Bodies We’ve Buried, Seven-Sea Voyage, My Ascension 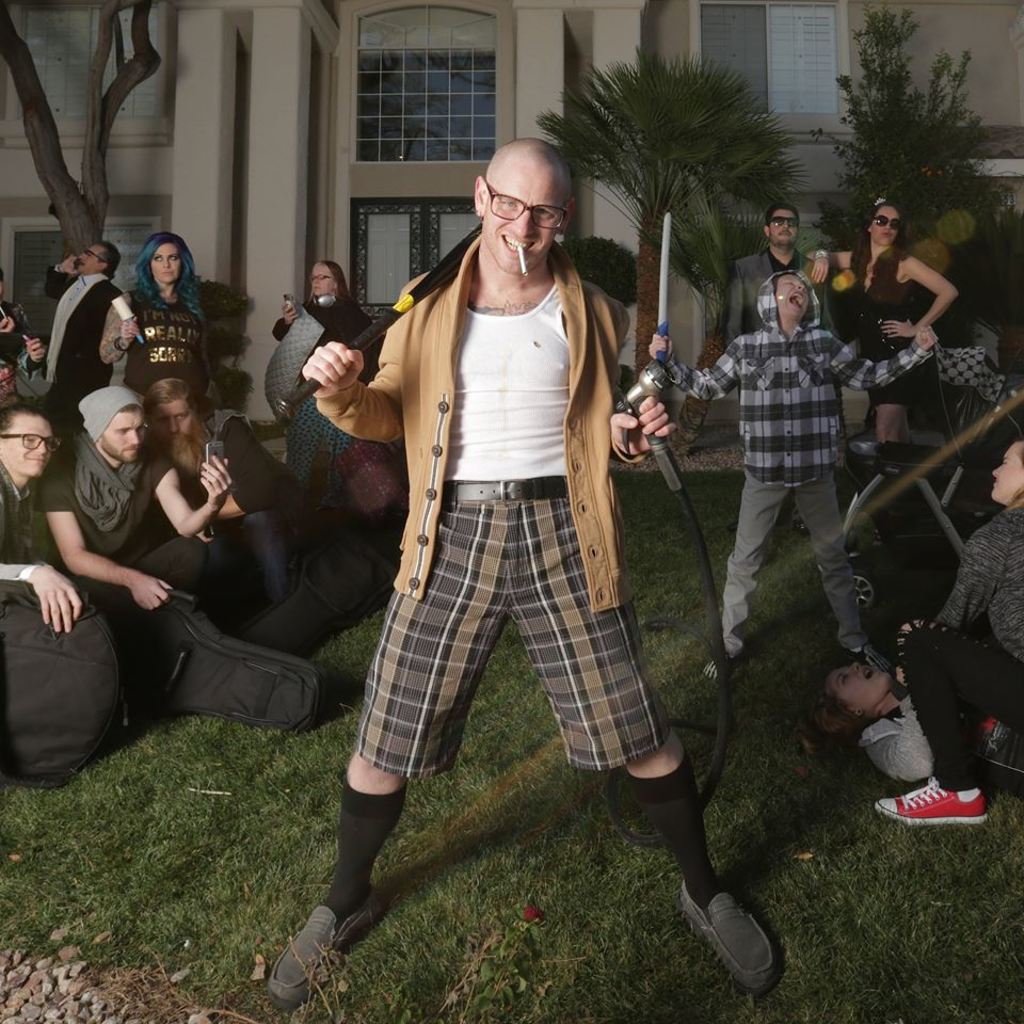 Rock/metal icon and Slipknot/Stone Sour frontman Corey Taylor is temporarily hanging up his mask and ceasing the psychotic screams for at least one night when he performs a solo acoustic set at Summit Music Hall this Thursday. Slipknot and Stone Sour fall on either side of a very distinct dividing line for metalheads, but regardless, there’s no denying the talent of Mr. Taylor. He’s got one of the most powerful and recognizable voices in all of metal, and seeing him bare bones with just himself and an acoustic guitar ought to be a real treat.
Who: Corey Taylor
Doors: 7:00PM

Between the Buried and Me @ The Black Sheep – Thursday, July 16 *SOLD OUT*

Modern prog-metal masters Between the Buried on Me just released another excellent, epic album in the form of Coma Ecliptic, and they’re touring in support of the album alongside fellow prog-metallers Animals As Leaders and The Contortionist, making this tour pretty much any prog-nerd’s wet dream. Each of these bands have risen to the upper echelon of not only progressive metal but of progressive music in general, and they continue to turn heads with their intelligent songwriting and mind-blowing musicianship. They’re making a stop at the Black Sheep in Colorado Springs this Thursday, but bad news: it’s sold out. Makes me wish they would’ve added another date in Denver, but I’m sure they’ll be back later this year. In the meantime, be sure to pick up a copy of Coma Ecliptic; it’s absolutely brilliant.
Who: Between the Buried and Me, Animals As Leaders, The Contortionist
Doors: 6:30PM 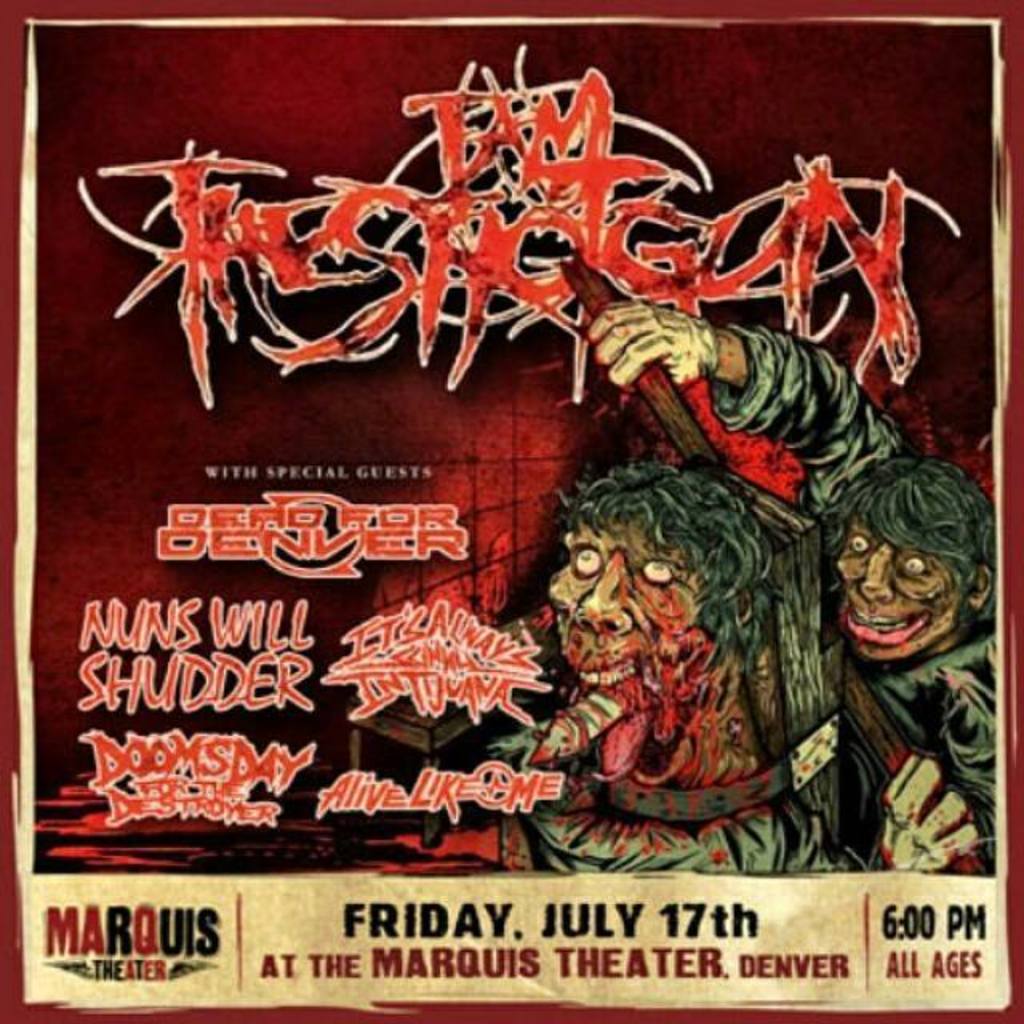 Denver’s own death metal and hardcore band IAMTHESHOTGUN are headlining the Marquis Friday night, along with local metalcore acts Dead for Denver, Nuns Will Shudder, It’s Always Sunny in Tijuana, Doomsday for the Destroyer and Alive Like Me. This show should be a lot of fun for local metalcore fans and supporters of the scene, and its super affordable, so come out and have fun.

Who: IAMTHESHOTGUN, Dead for Denver, Nuns Will Shudder, It’s Always Sunny in Tijuana, Doomsday for the Destroyer, Alive Like Me 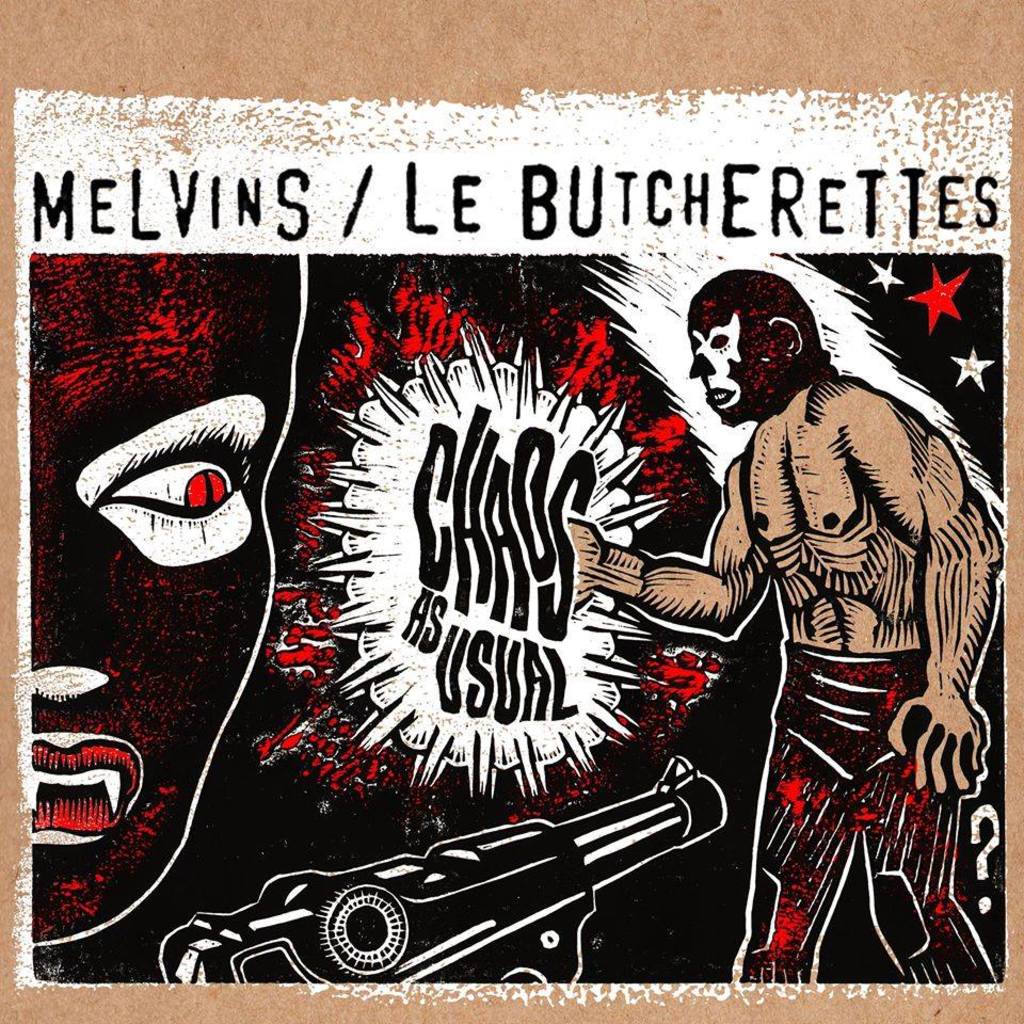 No simple blurb can some up the musical prowess and extensive back story that comprises The Melvins. The group has been making music since 1983, where they took the raw sounds of grunge like Nirvana and Soundgarden and made it slower and sludgier, pioneering the way for the generation of doom bands metal fans know and love today. As if that weren’t enough, they went on making music from then until now, releasing a plethora of albums that each offer a unique spin on their expansive sound. The show will be opened by Le Butcherettes, and this is not a show to be missed.

Who: The Melvins, Le Bucherettes 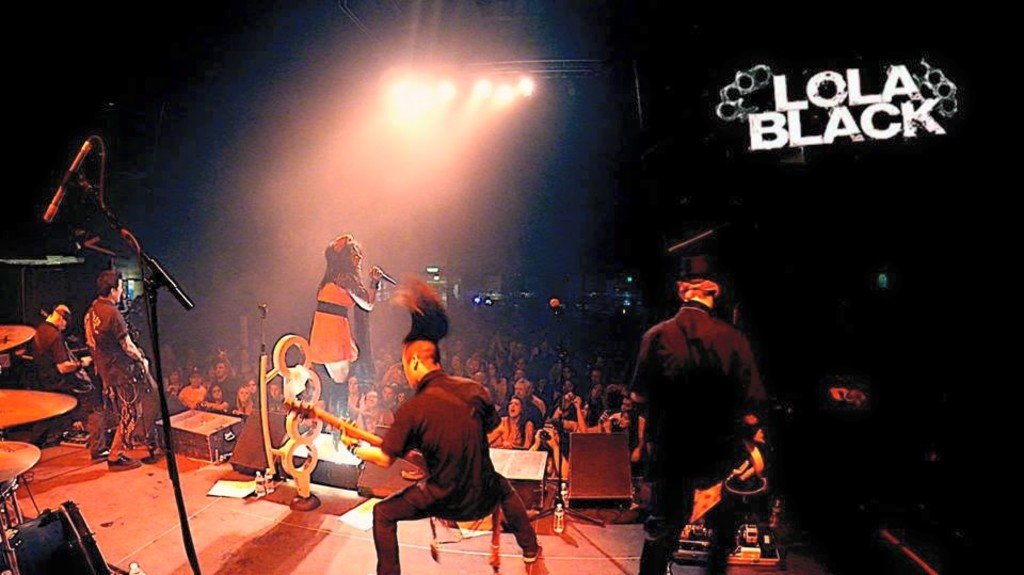 A huge party blows through Summit Music Hall this Saturday, with fiery, female-fronted metal and punk band Lola Black presiding over an impressive bill of artists, including Scarlet Canary, Chaotic Resemblance and In Death and Decay. If you are looking for a long night and a good time, check this one out.