Ready or not, here comes Jan-Jan (pronounced yan-yan), a menswear designer brand now making waves in the U.S. Jan-Jan Van Essche hails from Antwerp, Belgium, one of the fastest growing cities when it comes to art and fashion.

In 2003 Van Essche graduated from the Royal Academy of Fine Arts. He went on to win several grand prizes including the prestigious Dries Van Noten award. 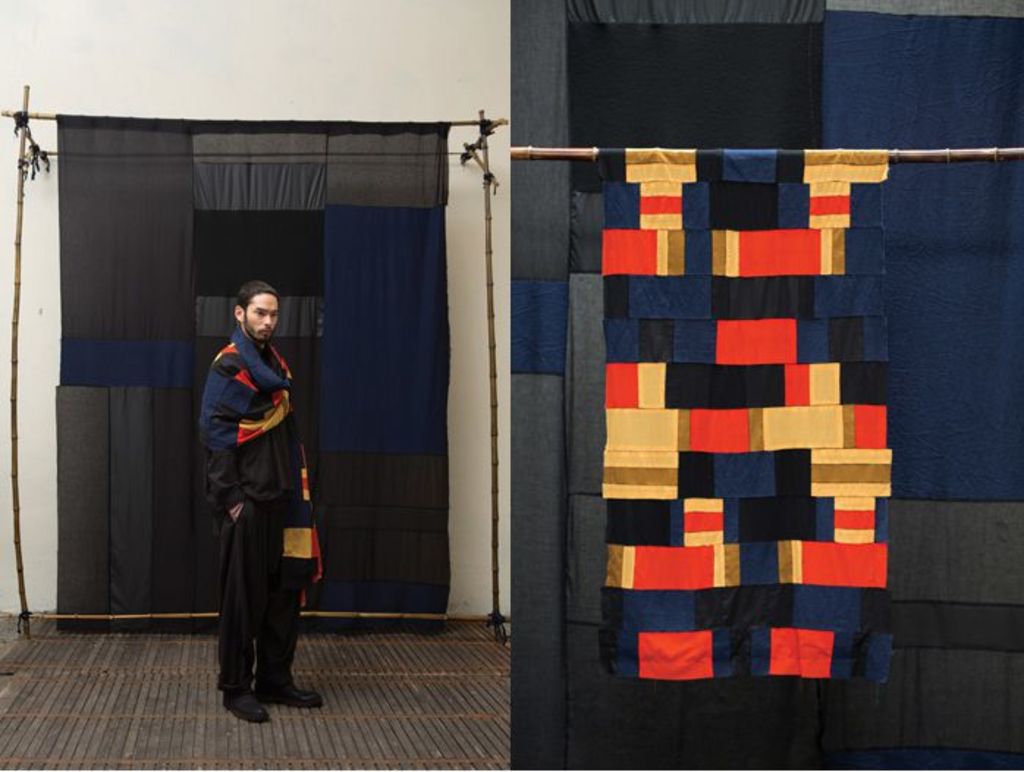 The brand is known for its easy approach to fashion: clean lines, loose silhouettes and subtle innovation. Unlike most designers, Van Essche’s approach to fashion is “slow,” with the idea of an annual wardrobe, rather than by season. As a result, the brand produces one full collection a year, asking the wearer to adapt layers accordingly and layer up and down as the seasons pass by.

The brand is fairly new, with only five collections to show. His first collection debuted in 2010 titled Yukkuri, Japanese for “taking it easy.” This collection set the standard and the concept for the rest of Van Essche’s collections. It showcased simple looks going beyond basics with T-shirts featuring cut necks, wind breaker hoodies that reminded us of Sarmai gear, and baggy pants reminiscent of the late ’90s. Jan-Jan’s most recent collection, titled “Inite,” greatly shows the development of the brand. It still featured only a handful of pieces and kept true to the Jan-Jan aesthetic, however, this collection featured more transitional pieces we can see ourselves wearing year round. Cool long blouses took inspiration from womenswear alongside neutral kimono style jackets and overthrows.

In 2013 Jan-Jan Van Essche added another set of collections to his list, alongside designing his yearly collection, which he named The PROJECTS. “The PROJECTS are autonomous concepts claiming their own identity and simultaneously emphasizing the philosophy of the designer.” Essentially, The PROJECTS acts as a second collection. However, the ideas and concepts are diverse. At a glance, the viewer will notice something distinctly different between the two collections. This is due to the fact that The PROJECTS is typically influenced by one set of ideas or a place.

For example, Van Essche’s debut project was driven by the West-African Ewe and Ashanti Kente wefts in combination with a trip to Japan. It arose and was launched on January 18, 2013. This set of garments took a dramatic turn for Van Essche and the future of the Jan Jan brand. They served as the first set of colorful looks and bold textiles done by the brand. The feedback was phenomenal, contributing to the success to the rest of The PROJECTS.

Now in 2015, the brand is set to take New York by storm, already gaining coverage in Vogue and W. Van Essche’s latest instillation at Dover Street Market in New York has received praise for its innovation and simplicity. American buyers can purchase Jan-Jan in New York or Los Angeles, and as always, online by viewing the stocklist here.