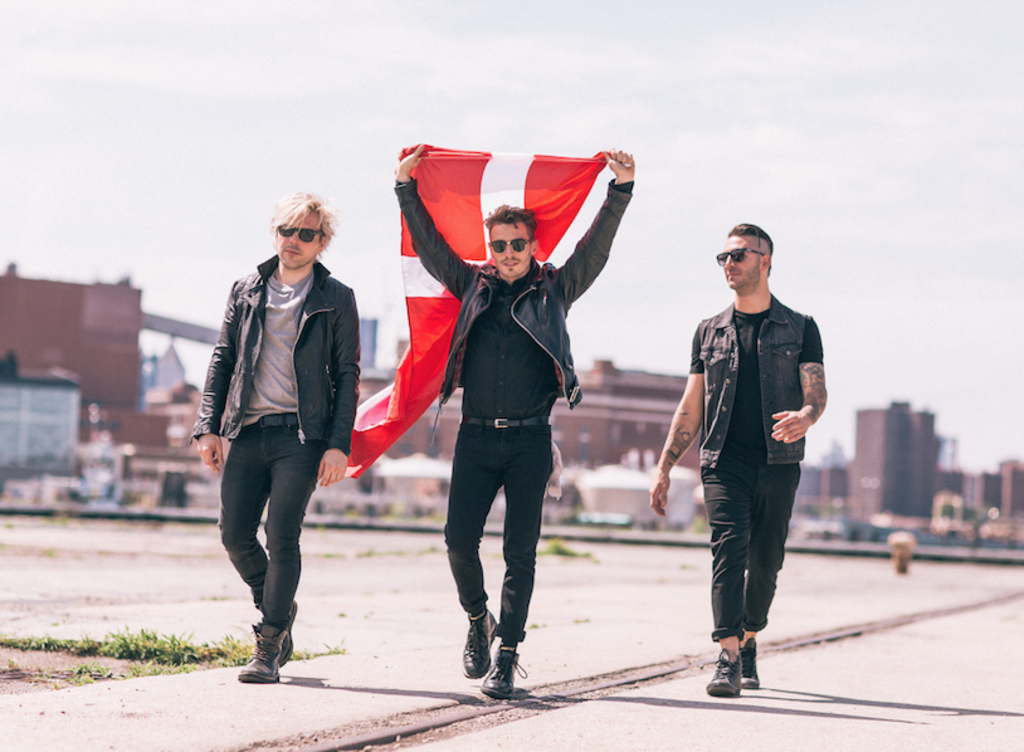 For nearly a decade, Channel 93.3’s annual Big Gig concert has brought out the best and most popular artists and bands in (and around) the modern rock music scene, whether it be at a national level or through their gracious incorporation of popular local acts. 93.3 has always been a radio incubator of sorts for local talent — think The Fray, 3Oh!3 and Tickle Me Pink — as radio play has become an increasingly more difficult platform for local musicians to maintain. But, if you take a look at the most recent lineups in Big Gig’s history, there seems to be a lack of edge and vigor in both the headliners and supporting acts.

(Remember the years of Goldfinger, Rancid, Social Distortion and The Offspring? Where have they gone?)

Has what once used to be a punk rock/modern rock bastion truly gone soft?

Well, this year’s Big Gig is about to re-write that recent narrative with the inclusion of Copenhagen’s New Politics.

New Politics’ corrosive, yet tantalizing nature brings a much needed reckless (and vibrant) attitude to Big Gig. New Politics have taken flight (and knowing them, they don’t plan on returning to the ground anytime soon), as their recent hit singles “Everywhere I Go (Kings & Queens),” “West End Kids” and 2013 hit, “Harlem,” have spread like wildfire. And with a brand new album (Vikings) right around the corner, New Politics are ready to take both Big Gig and 93.3 radio by storm.

This is one set you truly won’t want to miss out on.

Check out New Politics on the main stage at Big Gig this Saturday. Get ready for what’s sure to be an electrifying performance.

New Politics will release Vikings on August 14th, so be sure to snag a copy when it hits shelves next month.

The Locals Only Stage will include 888, Cody And The New Ancients, Sound Studies and Filthy-T.