As the Women’s World Cup came to a close with the US’ 5-2 victory over Japan, it has become apparent that many athletes, both male and female, are scoring more than just goals. Many soccer athletes are performing both on and off the field – scoring goals while also scoring endorsement deals. Now, players are not only being recognized for their skills, but how marketable they are.

FIFA recently released an article in anticipation of last Tuesday’s game against Germany referring to forward Alex Morgan as “a talented goal scorer with a style that is very easy on the eye and good looks to match, she is nothing short of a media phenomenon.” Morgan’s attractiveness has made her a marketable target for many companies, offering her endorsement deals over the past several years. 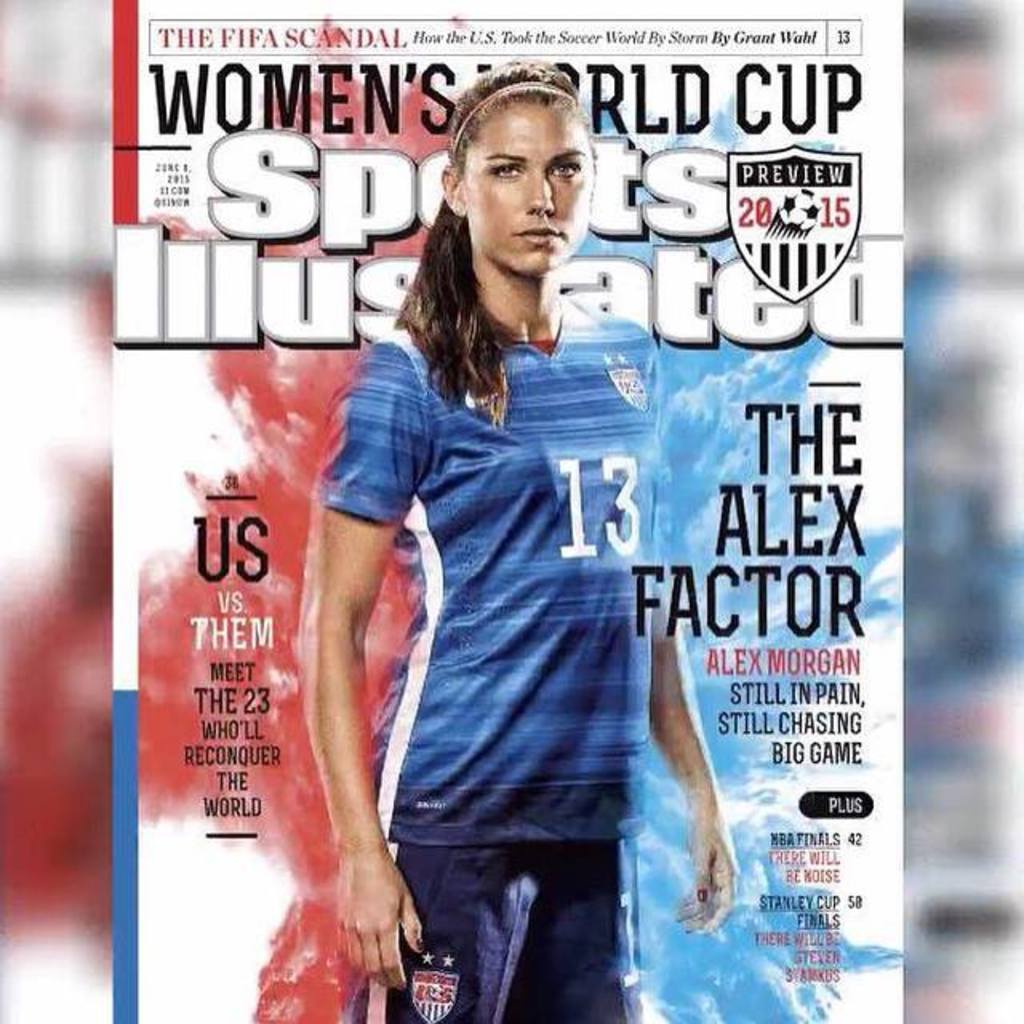 Off the field, Morgan was just announced as the newest spokesperson for Nationwide Insurance. She also has endorsement deals with Nike, Panasonic, Coca Cola, ChapStick and Bridgestone. Additionally, she is a published novelist and has been featured on a variety of magazine covers, TV shows and film.

With all the endorsements, people often forget that Morgan is an athlete who was first recognized for her skill, not because she was on Sports Illustrated’s Swimsuit Issue. However, marketability hasn’t only been limited to women. Men are getting in on the action too.

In anticipation for the men’s World Cup last year in Brazil, menswear designers and fashion editors kept a close eye on the players for potential stars to stand as the face of their brand. Designers are instantly drawn to the build of the athletes – athletic, muscular – and not to mention their level of attractiveness.

In years’ past, Armani has recruited Kaká of Brazil, while Dolce and Gabbana has tapped Lionel Messi of Argentina, to be the face of their advertising campaigns. Last year’s big buzz athlete was newcomer Neymar from Brazil, who played his first World Cup at 22, while also landing major endorsements, including covers of magazines such as Vogue Brazil and WSJ Magazine, while modeling Lupo underwear.

In addition to Neymar, Messi and Kaká, Christiano Ronaldo of Real Madrid and the Portuguese National Team, has taken an avid role off the field, as the face of Armani’s underwear campaign since 2010. He’s also landed several magazine covers, most notably posing nude for the cover of Spanish Vogue last year. These days, Ronaldo is known as much for his personally branded clothing line, CR7, as he is scoring hat tricks on the field. 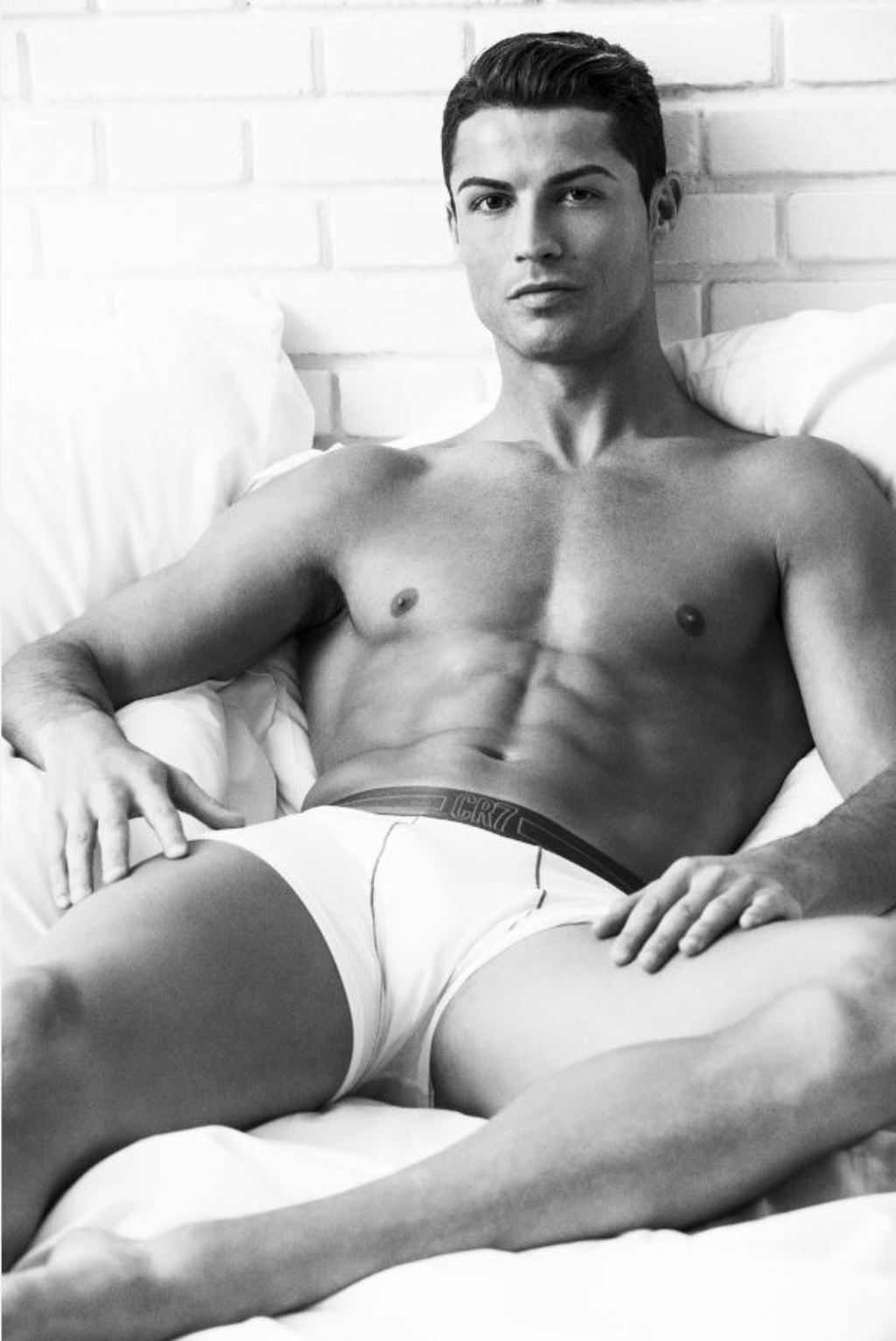 Soccer isn’t the only sport where athlete marketability is happening. The New York Times released an article last month describing the garish fashion choices soon-to-be NBA athletes wore at the NBA draft last month. The theory behind the bizarre outfit choices is so players can market themselves off the court. From a social media standpoint, their looks remain memorable, standing out from the rest appealing to fans across the nation. 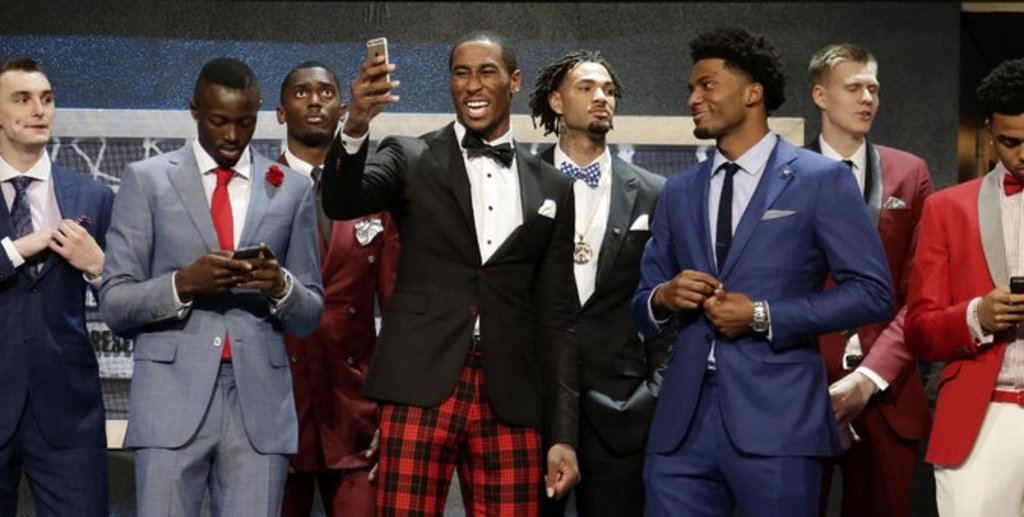 NBA prospects at the NBA draft in New York City (Courtesy of The New York Times).

The bottom line is that an athlete’s skills aren’t the only important factor in their career any longer. Instead of just focusing on the athlete’s skill level, the focus is also on how many endorsement offers they receive. The focus is shifting to where athletes are being celebrated as a marketing asset rather than just an athletic one. Soon, it only won’t matter how many points a player scores, but how many endorsements they score along the way.