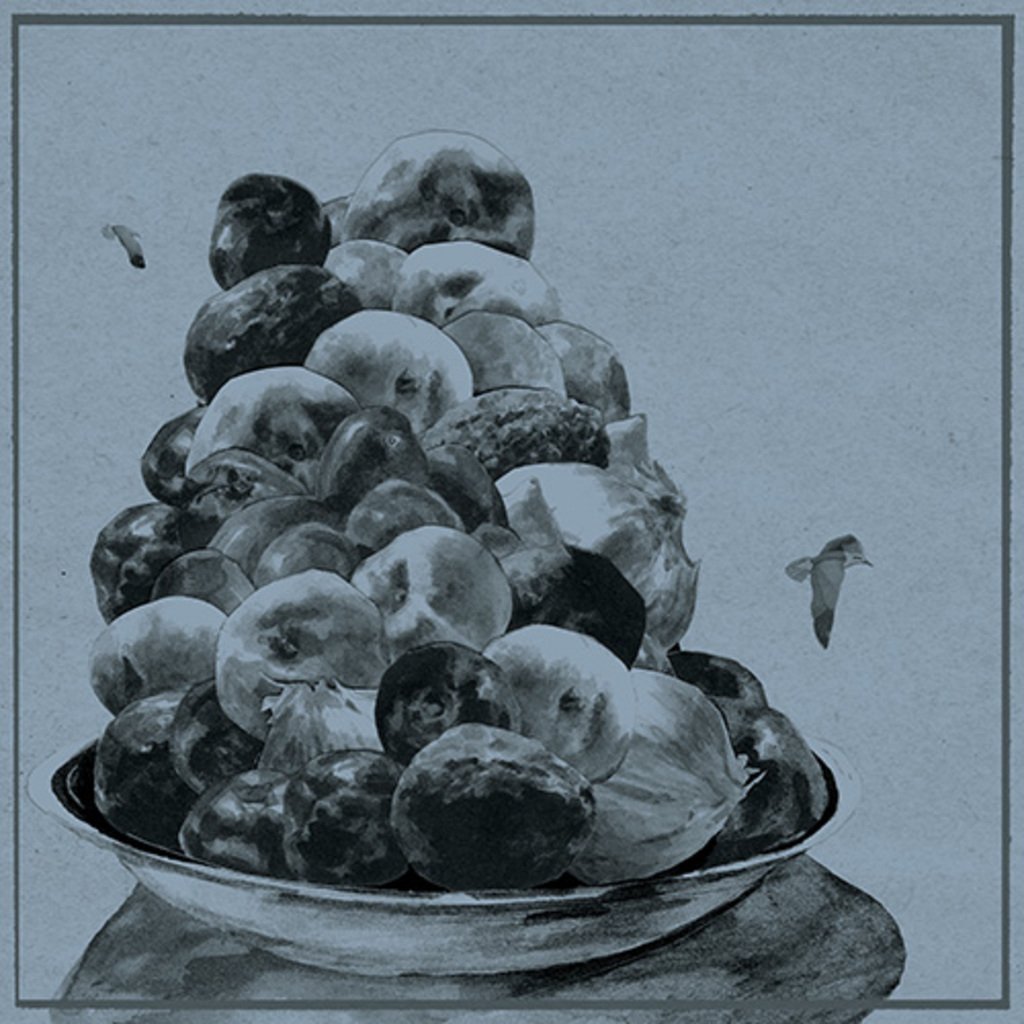 Back in late 2000, when Thom Yorke was making promotional rounds for Radiohead’s upcoming masterwork Kid A, he expressed in an interview his sympathy for the point of view that rock music had “run its course”. 15 years later that sentiment finds itself hard to disagree with. When one realizes that the vast majority of artists interested in innovating are doing so within the experimental electronic music sphere, it becomes especially difficult to listen to guitar music and not hear the same tired clichés we’ve been hearing for the past 65 years. The truth is, there really isn’t much else that can be done with guitars – but don’t tell Frances Quinlan or Joe Reinhart that.

Quinlan and Reinhart are, of course, the two guitarists at work in Philadelphia-based indie rock band Hop Along. Their newly-released Painted Shut, issued off of Saddle Creek, is sure to be one of this year’s several breakthrough albums. The band has roots in punk and alternative folk rock, two genres that don’t exactly lend themselves to innovation; still, Painted Shut finds ways to escape genre classification by refusing to conform to the conventions of either.

Painted Shut, while not aggressive to the point of being a punk or even an actual garage rock record, is rather stripped back and rough around the edges. And though the mixing isn’t nearly to the point of being “lo-fi”, it’s just muddy enough to work with and be an asset to their sound. Frontwoman and rhythm guitarist Frances Quinlan’s voice is raw and unpolished, as is the occasionally impressive lead guitar work by Joe Reinhart. At times you can hear her physically step back and remove her voice from the forefront of the music. Instead of channeling her voice directly to the listener’s ear, she allows the microphone to pick up the sound of her singing in a room, a technique that adds to the already live feel of the album.

Quinlan and Reinhart display wonderful chemistry throughout most of the work. Reinhart’s strength lies in his ability to add flavor to Quinlan’s simple and emotionally evocative strumming with his noodly picking. The two play off of each other and as a result some of best moments to come from this crafty use of simplicity. The best display comes on the first track, “The Knock”. Quinlan’s varied strumming patterns are unpredictable and panned to the left, while Reinhart, panned to the right, plays intricately in the space between. Together, they build songs up to moments of sublime beauty, a rarity in guitar records as garage-y as this one.

Despite their chemistry, one of the few drawbacks on the record is Reinhart’s lack of technical ability. The vast majority of his playing is quite nice and only an issue on a couple of songs, most notably “I Saw My Twin”, where an ill-advised guitar solo is attempted. Reinhart’s guitar work is so strong because of his ability to convey mood with simplicity and blend into the mix well, but the results are less than impressive the few times his contributions are complicated and highlighted.

Quinlan’s vocal performance is far and away the standout element of Painted Shut. She might not have the pipes to make it as a solo vocalist, but that doesn’t stop her from using her voice as an instrument to its fullest. Quinlan’s songwriting plays a big role in her singing style, as many songs are structured as a series of verses and bridges with chorus and even rhyme scheme absent. The lack of symmetry and pattern allows her to sing in a sort of stream-of-consciousness style not unlike an indie-punk version of the great Joni Mitchell. She explores her voice and all the places between her singing and screaming voice, showing restraint at times and toying with her delicate voice, dangling and bouncing it softly on a string before chucking it out to left field and yelling at the top of her tiny, shredding lungs. On sappy acoustic ballad “Well-Dressed”, her voice shines through with an especially inspiring and beautiful performance as she plays with her unique style of sing-yelling before the album, and Quinlan, hit their melodic and emotional peaks with a series of “doo-doo-doo’s” that end the song.

Painted Shut is out now on Saddle Creek Records.

This album is RECOMMENDED