Aerial silk acrobats, DJs and masquerade masks – what do these three things have in common? Each one was present at Oculto‘s beer launch on Sunday at local Denver club, The Church. “Oculto” means hidden in Spanish, which is appropriate for the launch party which took place in a 19th century church — which from the outside looked like a normal place of worship. On the inside, however, a major party was occurring. 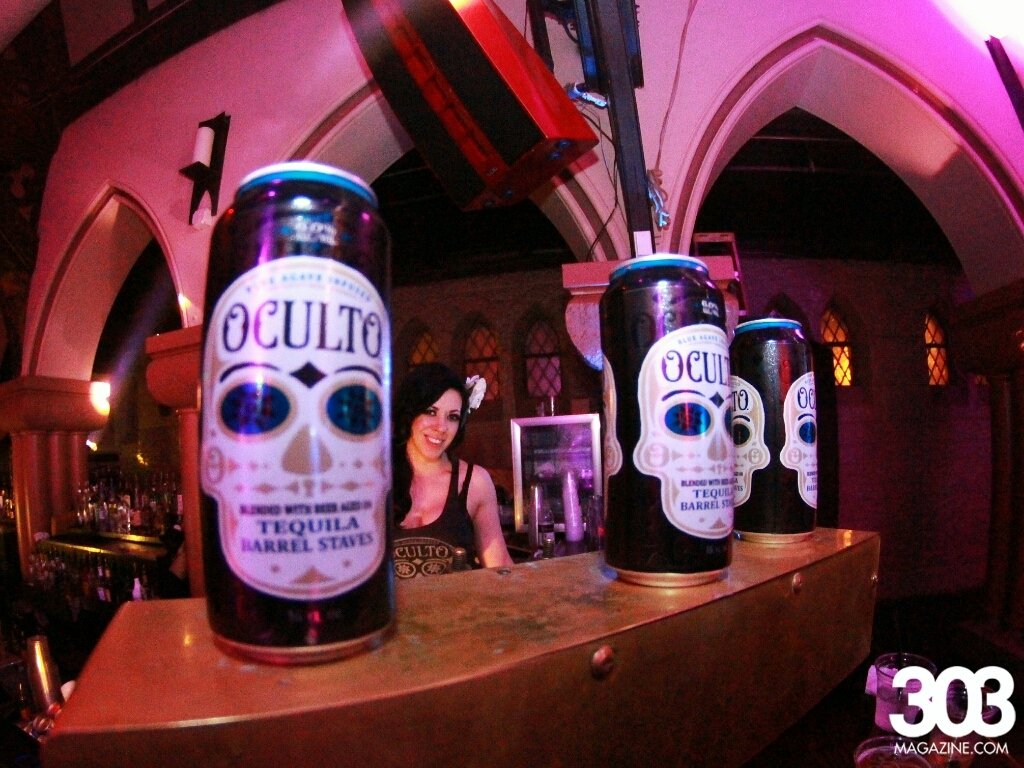 Oculto is a unique beer, claiming to be infused with blue agave and aged in tequila barrels. Anheuser-Busch InBev enjoys introducing new creations to the market as it did in 2012 with Bud Light Lime-A-Rita, a beer and margarita combination. Urban influencer/sales manager, Justin Nicks, explained that Anheuser-Busch InBev is all about creating “unique innovations” to market to its customers, and Oculto is its most recent one. They explained it’s not, as some people have thought, an attempt at a craft beer, but rather a bridge for people who don’t necessarily like beer, but don’t want something as heavy as a cocktail. It has 6 percent ABV and is an ideal drink for clubs where people are looking to get buzzed quick, but not overdo it. The concept is that people will be really drawn to the drinkability of this beer and choose it for parties or for going out, not necessarily to sit and savor as one would with a heavier craft beer. 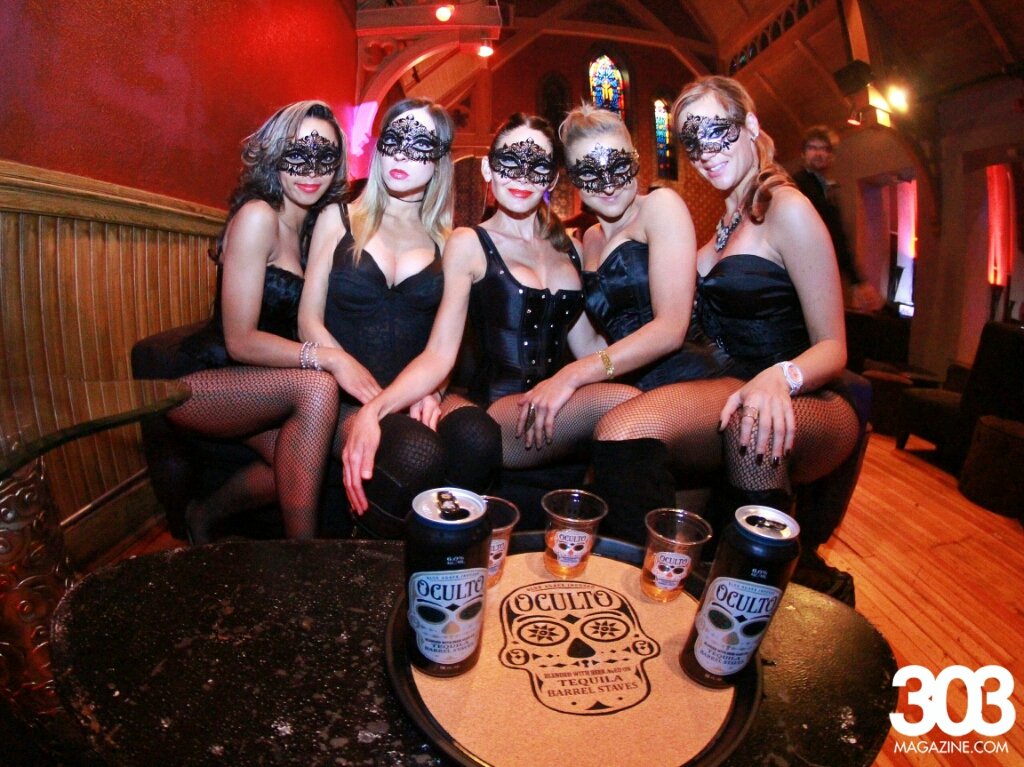 DJs Valerie Molano and House Refugees both set the soundtrack for the evening, keeping the energy up as guests mingled in masquerade masks. Everyone was able to enjoy complimentary Oculto beer, either on its own or in a cocktail with pineapple juice. As Denverites gathered to try this new drink, they were able to watch acrobats twist and fall on aerial silk in the middle of the club. Various acrobats traded throughout the evening to keep the entertainment going all night.

This national launch party was the first time Oculto was introduced to Colorado, having already been launched on a few cities on the east coast including Boston and Miami. Nicks explained that Oculto is meant for the club and party scene in Denver, and is something to enjoy in upscale lounge type places. Liz Lion, the senior on-premise manager, agreed, and added that Oculto’s character is “unique and mysterious,” which was definitely emphasized that evening through the acrobats, the masks people wore, and the beer cans with Day of the Dead style skulls on them.