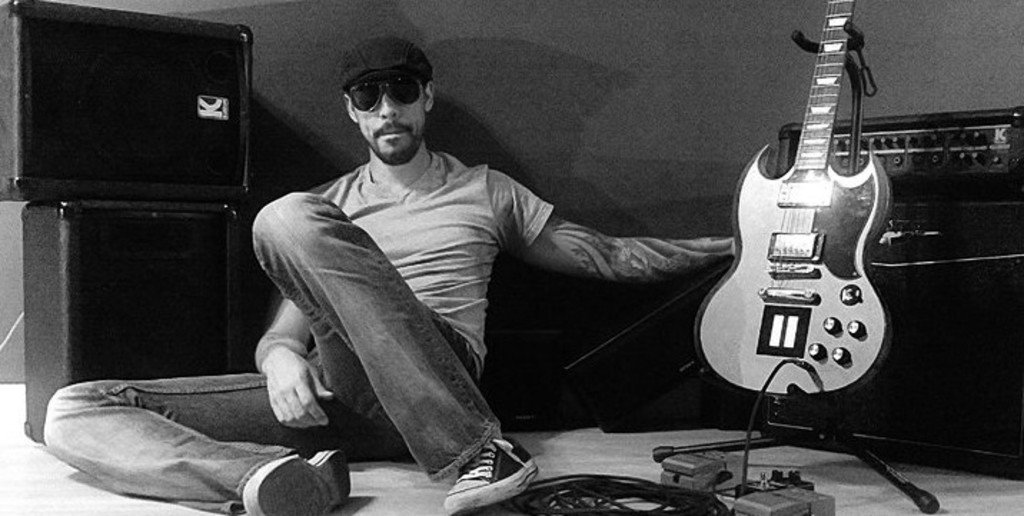 Q&A: Simon Sole Prepares to Heat Up the Riviera

If you haven’t yet made it to The Riviera at the Breakers for Thursday Night Live, you’re definitely missing out. Every Thursday night you can expect live music, stiff drinks and great fun. So this week, jump feet-first into your weekend with Thursday Night Live featuring amazing musician Simon Sole (real name Simon Alcantara).

We caught up with him to discuss his style, new music, favorite venue and more. Check it out below–and head on over to the Riviera tomorrow! For bands interested in being a part of Thursday Night Live at The Riviera, apply HERE.

Simon Sole: I moved to USA from Venezuela in 2005 and started working at a driver services company and with my first paycheck I bought an acoustic guitar on eBay and started learning songs by ear and tabs from the internet.

Wow, that’s awesome! Tell us a little about your musical style.

I would define my style as a grungy singer/songwriter. Even thought I write all of my songs on acoustic guitar they’re are intended to be heavy, specially due to the emotional drive that they have, which comes from life experiences.

Who are some of your musical heroes?

Do you have a favorite venue to play in the Denver area?

My favorite venue in any area is one where people go to listen to the stories in the songs and get to relate to them. And of course, there’s Red Rocks!!

Oh the iconic Red Rocks. Tell us about your best memory either onstage or on tour.

It would have to be at one gig at the Hard Rock Cafe in Hollywood, Florida. It was the first time that all my family was going to see me perform. The place was packed but the only thing I could notice was the look on the face of my parents and siblings, who never had a clue that I had any musical aspirations. That day was also the first time my now wife ever saw me onstage.

Who are you currently jamming to?

I go through crazy phases and they’re always a day and night combo. Right now I’m stuck with Stone Sour (House of Gold and Bones) and Robi Draco Rosa. I can’t stop listening to Last of the Real and Taciturn from Stone Sour and Más y Más from Draco Rosa.

I do! I always try to stay as busy as I can. I’m in the middle of recording a soundtrack for an independent film(still untitled) that should come out next year. I recently formed a band called Colfax Saints and we should be entering studio by fall 2015. We actually have our first gig on June 6 at Miner’s Tavern. As a solo artist I’m finishing the details for an EP that I will release and start playing by summer this year.

What can fans-or people unfamiliar with your music- expect from a Simon Sole show?

First and foremost expect emotions running high, whether it’s a cover or an original song I’m singing it because it means something, joy or pain, happiness or despair. And I want to take you on that ride with me. After all, we all live a lot of similar experiences, and the one thing music does is bring people closer when we discover how much alike we can be.

*Be sure to check out Simon Sole this Thursday at The Riviera!