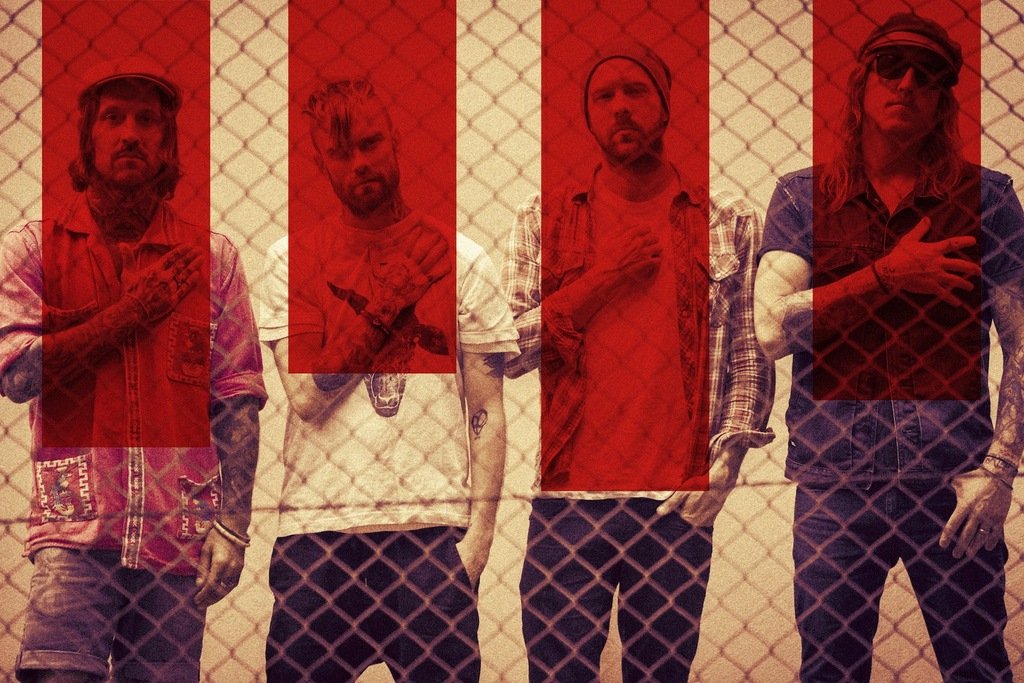 The Used + Every Time I Die At The Fillmore Auditorium 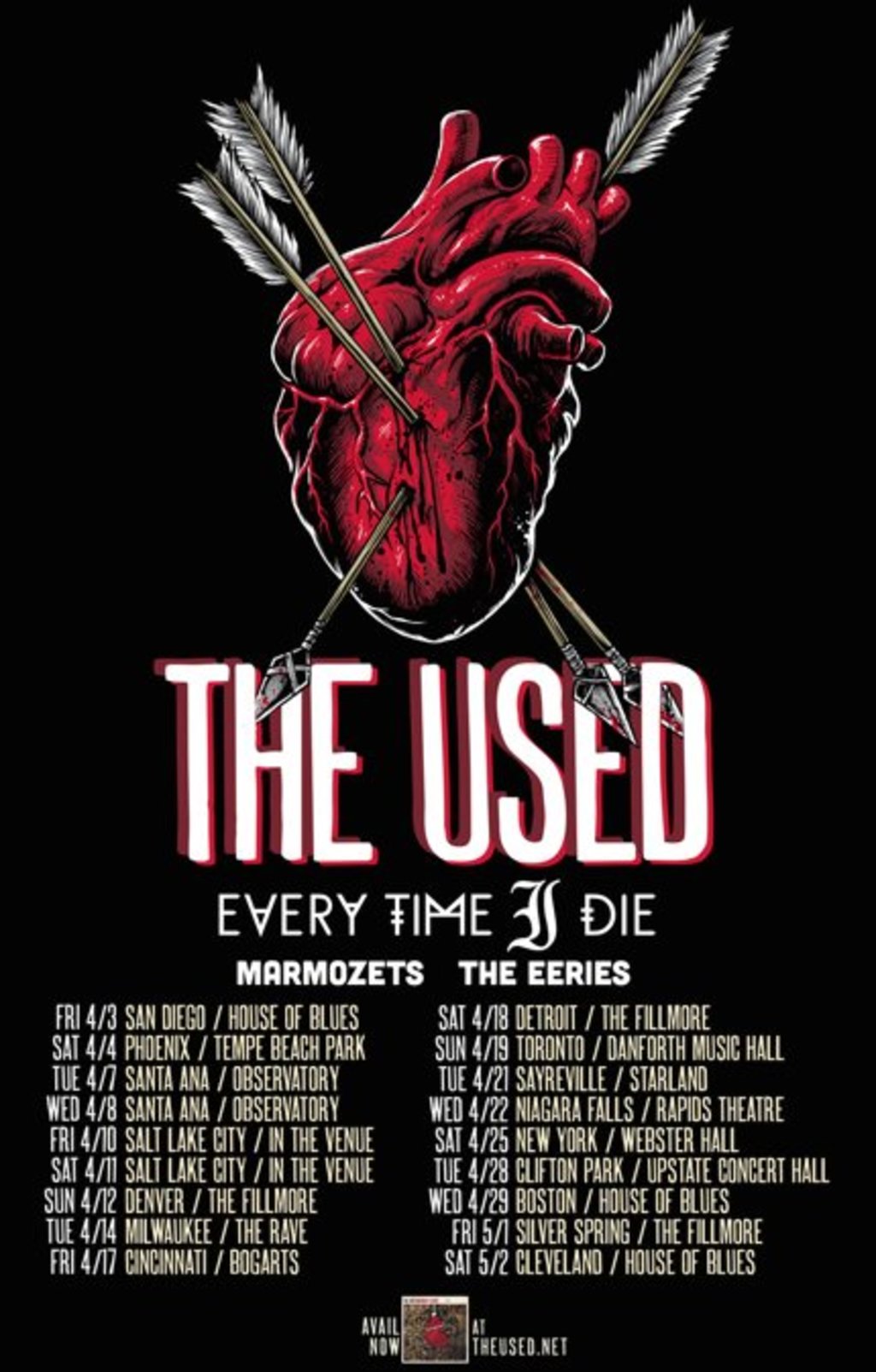 This Sunday, veteran post-hardcore outfit The Used will be headlining the Fillmore Auditorium with special guests Every Time I Die, Marmozets and The Eeries.

The Used’s latest effort and sixth full-length record, Imaginary Enemy, was released on Hopeless Records a year ago and is sure to be the centerpiece of their tour setlist. Led by singles “Cry” and “Revolution,” this anthem-filled release featured a return to the more aggressive side that fans had grown to know and love. The Used will have the perfect opportunity to showcase their dynamic new record, while throwing in the longtime crowd-pleasing favorites like “All That I’ve Got,” “A Box Full Of Sharp Objects” and “The Bird And The Worm.”

The Used are led by frontman and vocalist Bert McCracken, who will be in full force with his vivacious on-stage presence that captures the true essence of what The Used are all about. From their days of In Love And Death, which featured a headlining tour for the Rockstar Taste Of Chaos Tour to their commercially successful (5th on the Billboard 200) Lies For The Liars, The Used have always brought their best to the table both live in concert and on record.

This is one you won’t want to miss.

And not to be forgotten is chaos-infused hardcore five-piece Every Time I Die. Their 2014 release, From Parts Unknown, which was released on Epitaph Records, remains highly-acclaimed, and proves that Every Time I Die continue to set the standard for all things hardcore. After 16+ years in existence, Every Time I Die have become the hardcore staple in a mercurial music scene that oft sees large artist turnover.

The struggle to survive, adapt and progress in such a music scene has become the annual journey that independent bands find themselves traversing, whether they like it or not. This is precisely why it’s so impressive that a band like Every Time I Die has endured and outlasted for nearly two decades.

Their somewhat-commercial breakthrough, Gutter Phenomenon, was an unprecedented force to be reckoned with that left the entire hardcore music scene gasping for air, and still to this day remains a true cornerstone. Since then, Every Time I Die have released four more records, including nine music videos and one upcoming EP to be released next week on Record Store Day, Salem.

With lead vocalist Keith Buckley as frenetic as ever it’s likely that Every Time I Die will give the audience a nice taste of what Salem has to offer, as the EP will feature two deluxe editions bonus tracks and two unreleased tracks, including a cover of Nirvana’s “Tourettes.”

Photos and video courtesy of The Used and Every Time I Die.