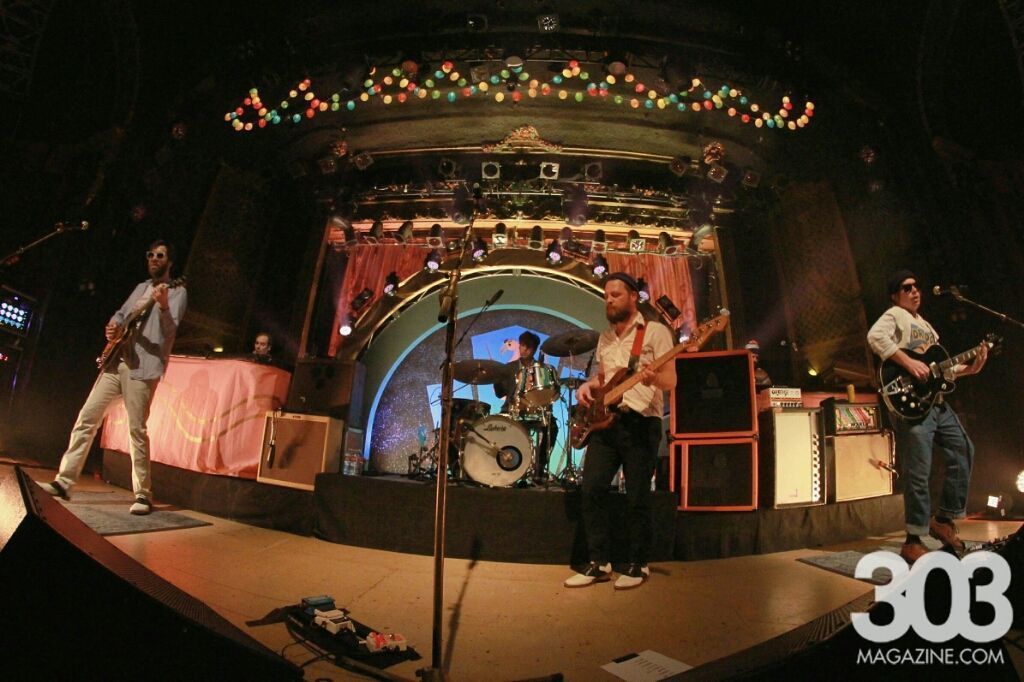 What You Missed at Dr. Dog at the Ogden Theater 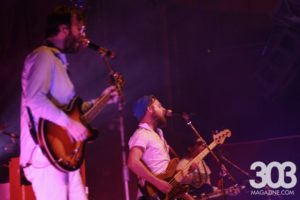 The Ogden Theater packed itself full and early for the sold-out Dr. Dog show last Thursday, February 17. The temperatures were in the midst of dropping down into the bitter cold weekend, but that didn’t stop groups of people from vocally pleading for extra tickets. On third-party sites like StubHub and Craigslist, some tickets for the night retailed for triple what they normally cost.

Even for those with tickets, if you didn’t get there soon after the doors opened, you were more than likely watching from behind a sea of heads. Dr. Dog took the stage early at about 8:15 p.m., due to their supporting band not being able to play for some reason or another. But rather than skimping out of their fans, the boys in Dr. Dog decided to go the extra mile and play two sets, ending the second round a little after midnight. 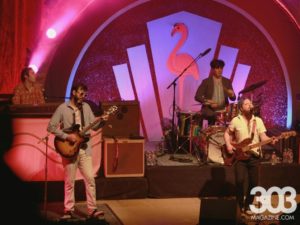 Their stage set-up referenced their recently released live album, Live at a Flamingo Motel, and gave the vibe of some sort of Gulf-shore cabaret, with lanterns hanging from the rafters and a large arch encircling a life-size painted flamingo in the center. The setting was bathed in pink and red lights against a patterned velvet curtain.

Dr. Dog played songs from a variety from their long-spanning career, some more unknown than others. Singers Toby Leaman and Scott McMicken switched on lead vocals almost song by song, each possessing their own nuanced sound. McMicken exists with more of a psych-pop flare, while Leaman explores a folkier blues style. 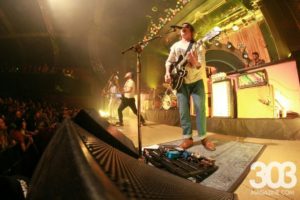 Dr. Dog teased the first half by giving us “Heart It Races” early. Then later, one of the best highlights was listening to the audience howl along to the chorus of “Lonesome”. A collective round of goosebumps seem to run through the audience during “Shadow People” in the second half, and Dr. Dog definitely captivated the masses during “That Old Black Hole”. But really, there were no low-points to the show. Whether you were a fan from their beginning in 1999, or just someone whose friend convinced them to ride along, Dr. Dog offered up an authentic rock show in the Mile High City. 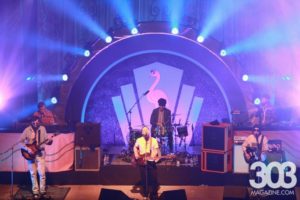 But watching Dr.Dog live, what begins to stand out most is, rightly, each member’s musicianship. Dr. Dog is quite clearly a group composed of well-researched musicians. They don’t approach music by trying to re-invent the wheel of rock and roll, rather they mine out the best elements of every genre and era of rock instead. Influences from The Beatles, Prince, Led Zeppelin, and The Beach Boys are all apparent. Their teamwork is also obvious, as every member is a multi-instrumentalist who is not afraid to enter into different roles and instruments or whatever might be needed to most suit the songs.

They also seems to have a keen ear for arrangement, where the songwriters allow the artistry enough room to breathe and be aired out while on stage. They is never some gratuitous, dragging solo that loses the audience’s attention, nor does any one member beg for attention. The songs are well put-together, and the solos and spotlights build into the song’s narrative instead. Every note is necessary. 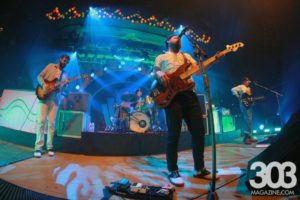 To the typical audience member, there is little left to be desired from their live performance. Their sound is on-par to their recordings. If forced to offer a critique, it could be said that the members do not necessarily offer much stage presence. Although as said before, they would rather allow their the music make the impact, which is probably how it should be.

Considering the draw they brought to the Ogden, it is unlikely they will play one of the smaller venues when they return to Colorado. No Colorado return dates are scheduled as of now on their tour, but with all of the love they saw from Denver last week, it wouldn’t be a stretch to surmise that they will be back again soon.

To see more from Dr. Dog’s performance at the Ogden, check out 303 Magazine’s full gallery here.