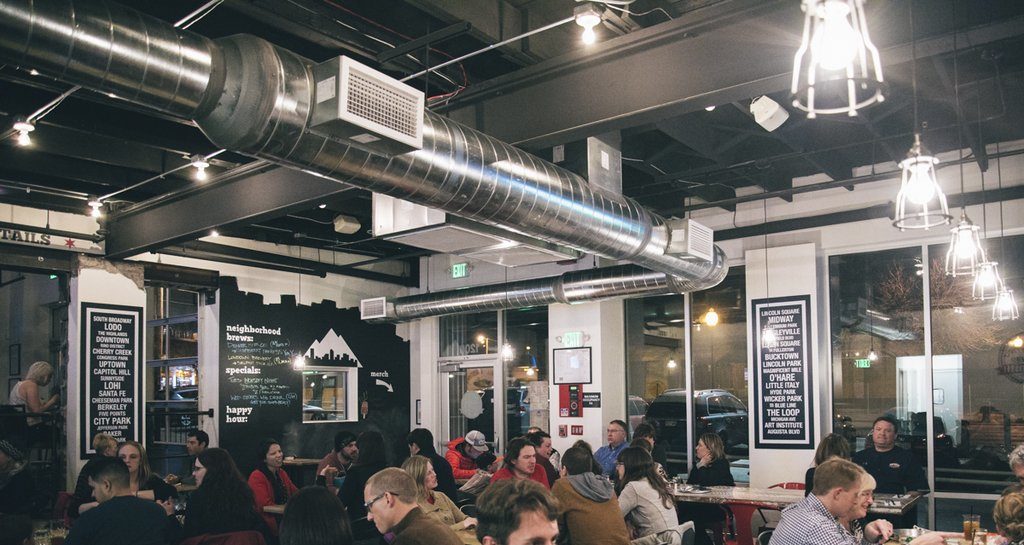 Pro: Not only is Denver Deep Dish’s pizza recipe delicious and authentic, but it has other offerings like smoked wings to round out its menu.

Con: If you order a deep dish pizza, expect it to take about 40 minutes (us Chicagoans are used to it).

I may be coming up on my seventh year living in Denver, but I will always be a Chicago girl. My favorite things in life are the Chicago Blackhawks, Portillo’s and Chicago-style pizza. That’s why when Denver Deep Dish opened its second location in LoHi, I knew I needed to go check it out. I was pleasantly surprised to find a wonderfully authentic restaurant from the delicious menu to the friendly and outgoing people who run it.

When I met Denver Deep Dish’s owner, Jason McGovern, he revealed something to me right off of the bat:

“I grew up in Tennessee,” he says. “But my wife is from Chicago. So I spent years perfecting the recipe because living here in Colorado, there was a need for a good Chicago pizza recipe. Once her family signed off on it, I knew I was in business.” 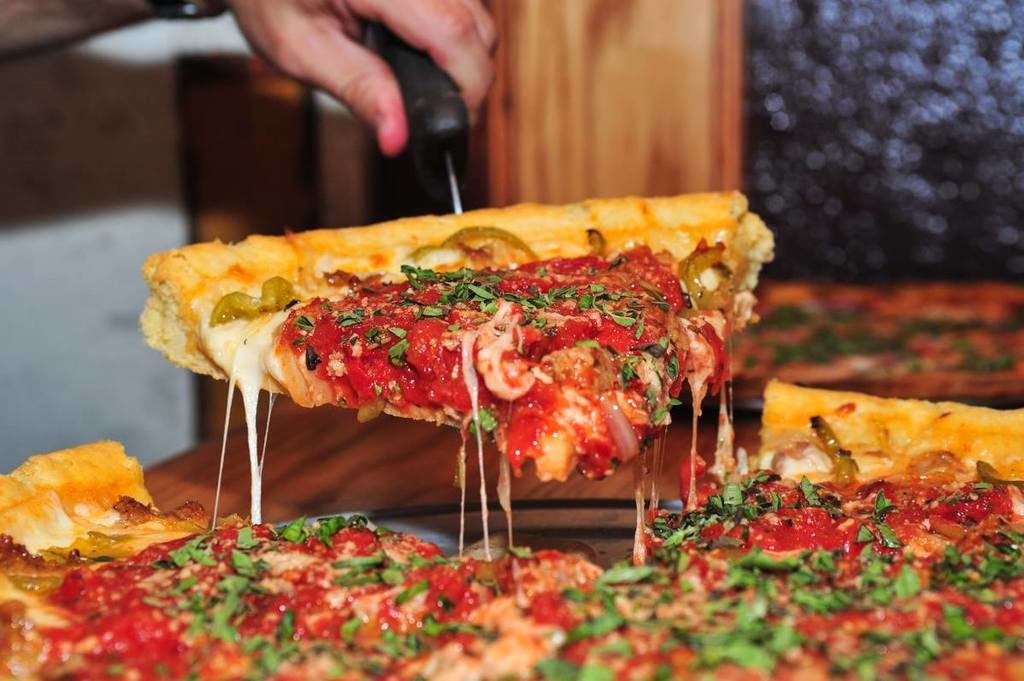 McGovern always knew he wanted to open a space in the LoHi neighborhood, near where he and his wife reside. But while some restaurant owners focus on opening the space first, McGovern focused on what would become his specialty: deep dish pizza. In fact, he began cooking and delivering pizzas straight out of his home. Word of mouth in the area called for more pizza demand and soon Jason found he needed a larger kitchen. His wife was working at Mount Saint Vincent Home at the time, and they offered to let Jason use the kitchen on the weekends to cook his pizzas and deliver to customers. From that point on, Denver Deep Dish was born. Next he partnered with The Bar Car in Congress Park, who was looking for a food element to add to its menu, and Denver Deep Dish had its first “real” location. Now Jason is excited to be back in his own neighborhood on 38th Avenue.

The LoHi restaurant has a great amount of space while still maintaining a neighborhood bar feel. The concept has a great balance of Colorado and Chicago roots without oozing cheesiness or touristy vibes. But what validates the restaurant’s authenticity is its menu. The cocktail offerings range from savory to sweet. I chose the Sunny High Old Fashion, made with Tin Cup Colorado whiskey. The bartender was perfecting the recipe (remember, its only been open for less than a month…) and decided to add St. Germain instead of sugar. It made the cocktail not too sweet, something that I really liked. With dinner, I desired something really old fashioned: a delicious Old Style (Chicago’s most notorious cheap beer). It tasted just like home. 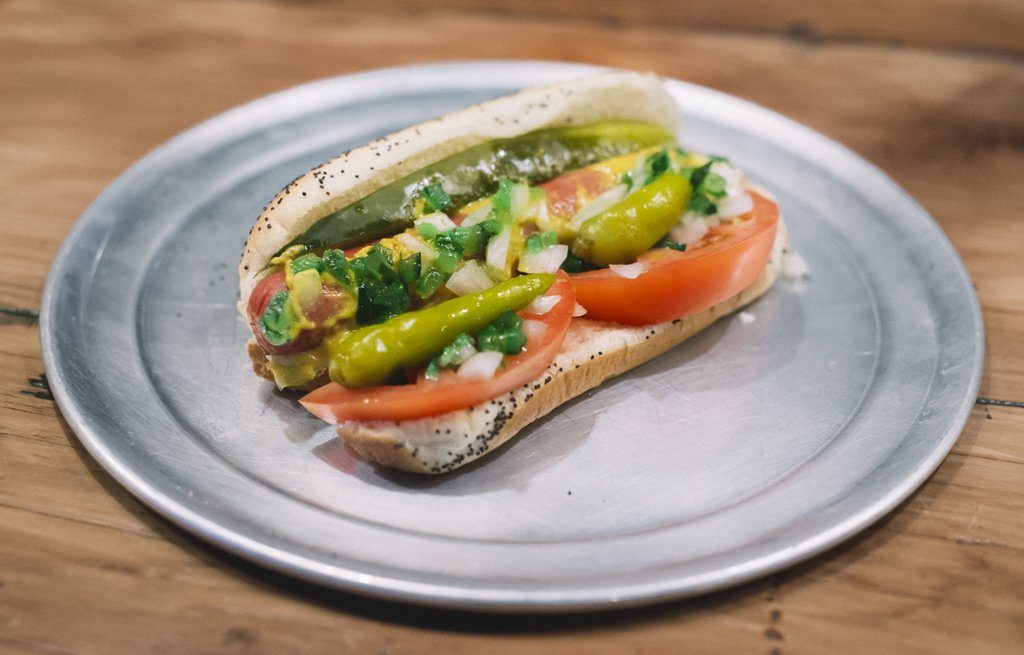 Denver Deep Dish’s appetizers were on point. My server recommended the not-so-secret menu item: Smoked Chicken Wings with Buffaque Sauce, Denver Deep Dish’s buffalo sauce and barbeque sauce mixed together and smothered on the wings. The wings were juicy and tender and hit the spot. These would be enough to fill anyone up, but I had my eye on the prize. We ordered the Sausage, Peppers, and Onion Deep Dish Pizza, a Chicago classic recipe. The pizza did take about 40 minutes which in my opinion only added to the legitimacy. The pizza came out gooey and smelling delicious. Many other Chicago-style pizzas I’ve tried outside of the city itself end up with a dry crust due to overcooking. Deep Dish Pizza got it right, and the pizza was cooked perfectly. Not into Chicago-style pizza? Well, in my opinion you’re crazy, but there’s still other options for you. Try a Chicago Style Hot Dog, but please don’t ask for ketchup.

Denver Deep Dish has everything you could want in a Chicago style restaurant in Denver. A perfected pizza recipe, wide range of Chicago and Colorado influenced drinks, and a friendly neighborhood ambience. It represents my hometown in the best way. Even if you aren’t from Chicago, you’ll find that it’s the best new spot to hang out and eat great food. Just don’t ask anyone to change the channel if the Blackhawks are on.