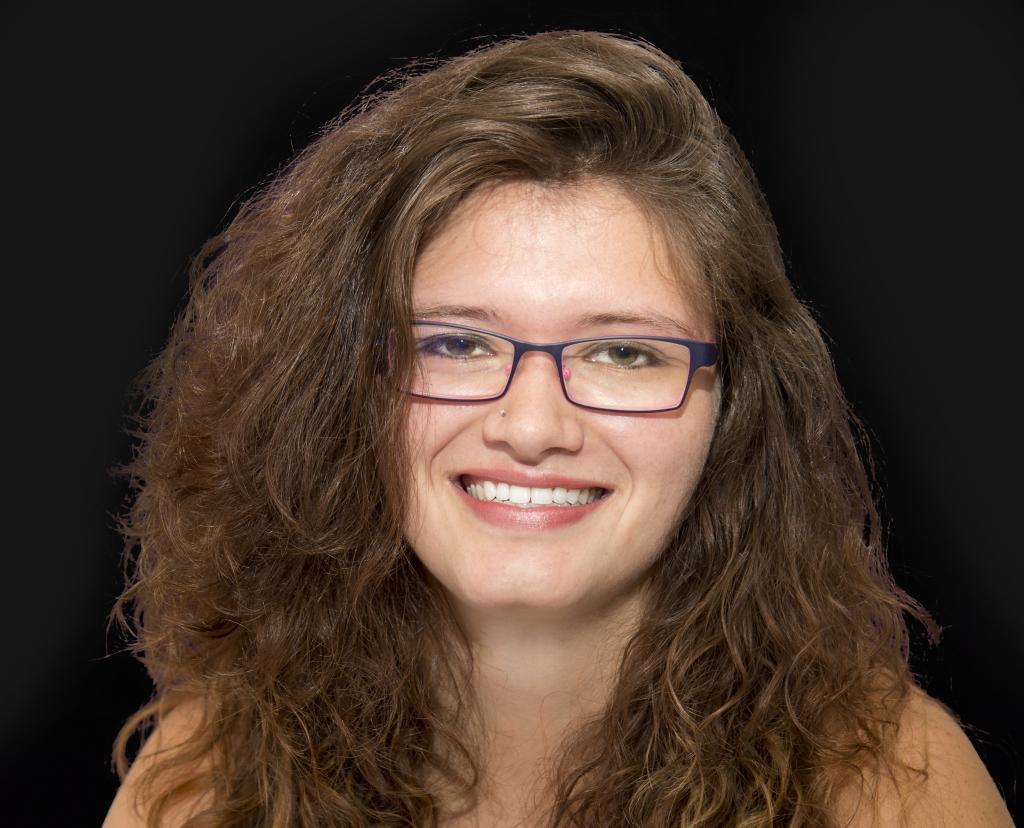 Megan Zamora is half the yogi she used to be–literally. Just a few short years ago, she was lucky if she could see her feet. Now, she can balance on her hands. “When I started Outlaw Yoga at 18, I was a waitress at a pizza place in Lakewood,” remembers Zamora. “It was about a two block walk from where I lived and walking those two blocks showed up as my workout for the day. I weighed over 250lbs, and by the time I got to work from the house my heart was pumping and I was huffing and puffing for air.”

Walking two blocks to work each day wasn’t the only challenge Zamora faced at the time. “I was a complete klutz. I was so out of control of my body that I would be sitting in a chair at the dinner table and then somehow I’d fall onto the floor. This happened more than once! I remember spilling an entire five gallon bucket of ranch dressing one night at the restaurant. I had dressing in my hair, down my apron and in my shoes. I smelled faintly of ranch for a whole week.” 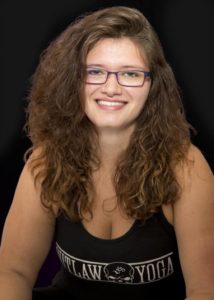 Physical difficulties amplified psychological ones. “I’m naturally an introverted person and, on top of that, I was incredibly insecure and unsure of myself. I wanted to talk to people but, I was constantly second guessing what I should say and then missed out on the opportunity to say anything. I was terrified of being seen and it was really hard for me to project my voice or to put aside the many nervous habits I used to distract myself from interpersonal interactions. I had allowed myself to gain so much weight that I was ashamed of my body and would subconsciously try to hide it from people. I wore really baggy clothes and would hunch over a lot. It was really challenging for me to look someone in the eyes when I was having a conversation with them. I was uncomfortable in my own skin.”

Changes were in order. Fortunately, Zamora’s manager at the pizza parlor gave her a nudge in the right direction. “My manager had started taking yoga at 24 Hour Fitness and was really enjoying it. He noticed I was discontent with a lot of things at the time and asked me to go with him. ‘Absolutely not,’ I told him. He was persistent. I remember telling him, ‘I’m not the kind of person who does yoga’ but, he wasn’t going to take no for an answer. I finally told him I’d go with him one time, if he promised to shut up about it.”

Zamora may not have grasped the gravity of the moment, but she was setting a new course for her life. “I went into my first class convinced that I would hate it. As expected, I was the heaviest student in the class and I wasn’t very ‘good’ at it. I fell several times trying to figure out where the hell the teacher wanted me to put my foot, or trying to externally rotate my thigh. I fell flat on my face attempting Crow Pose, but I left feeling inspired for the first time in a long time. The next morning, every part of my body was sore. I was sore in places where I didn’t even know there were muscles. Once I was able to walk again, I was hungry for more.”

Soon, Zamora was ready for the next level. “I knew I wanted to be a yoga teacher. I saw the profound ways it had changed both my body and my mind. I walked into a workshop not knowing anyone. One instructor was already there. She was this tiny girl who was already pressing up into handstands. I thought ‘Of course she can do that, she’s as light as a feather!’ Then the other instructor walked in. He was this long-haired, dreadlocked beefcake covered in tattoos. His presence captivated the room. His name was Justin Kaliszewski, and he would become my teacher and mentor.” 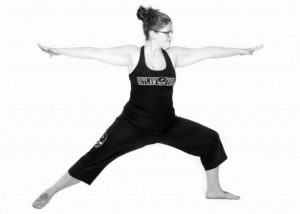 Dream BIG, a retreat Kaliszewski had organized in the Mexican city of Tulum, was on the horizon. Zamora enthusiastically signed up. “I was 19 and it was the first time I really traveled without my family. Justin and I were eating breakfast together and he looked me directly in the eyes. It felt like he was staring directly into my soul. After several moments of silence he finally said, ‘Consider that you’re telling yourself a story that you’re shy. If you want to be more outgoing or confident, start practicing it. Practice it in a small way at first. When you walk past someone, smile and say ‘Hey, how’s it going?’ and, in time, it will get easier.’ Just thinking about it made me start shaking, but it sounded manageable. If I was going to actually teach yoga, I was going to have to get past the anxiety I felt around interacting with others.”

“The next day, we went to the Mayan ruins. I walked directly behind Justin the entire time. I wanted to show him that I’d heard what he’d said the day before, and that I was going to make an effort. I spent most of the time trying to build up the courage to say ‘Hey, how’s it going?’ to someone who walked past us. I’d psyche myself up first and then miss my opportunity. Then, I’d psyche myself up again and wait too long and miss my chance again. Finally, I got frustrated and told myself that, no matter what, I was going to follow through the next time someone walked by. I saw someone coming and I popped out from behind Justin like a Jack-in-the-box and practically screamed at an unsuspecting couple ‘HEY! How’s it going?!’ and then disappeared behind Justin again. Later that night, Justin smiled and told me with a wink ‘Those people at the ruins thought you were a lunatic.’”

Zamora had begun tackling her psychological hangups head on–unsuspecting strangers be damned. She soon addressed her weight as well. “Before I began practicing yoga, I based my value as a human on the number on the scale. I counted calories, carbs and serving sizes. I tried low carb and low fat. I tried going vegetarian, paleo and even entertained the Atkins diet. I tried Isagenix as well as the Master Cleanse. Did you know that there’s an Ice Cream cleanse? I tried that one too.”

“It was only after practicing disciplined mindfulness around my food consumption that I started to feel good. I kept a food journal to bring awareness to what I ate and the frequency with which I consumed it. I ate with my fingers to feel more connected to my food. I chewed food for an inordinate amount of time. I tried to differentiate physical cravings from emotional ones so I could nourish my body with exactly what it actually needed. It was only after taking care of my body in this way that the weight literally dropped off me. Within a year, I shed 80 pounds and found the acceptance and love for myself that I’d desperately needed. I realized that wellness comes from within, from a commitment to feeling good. I have made the bold choice to accept myself – to celebrate, to find contentment, and even joy with exactly where I am in this moment. In allowing for this inward connection for the first time, I now feel worthy of connecting to others, and that has set me free.”