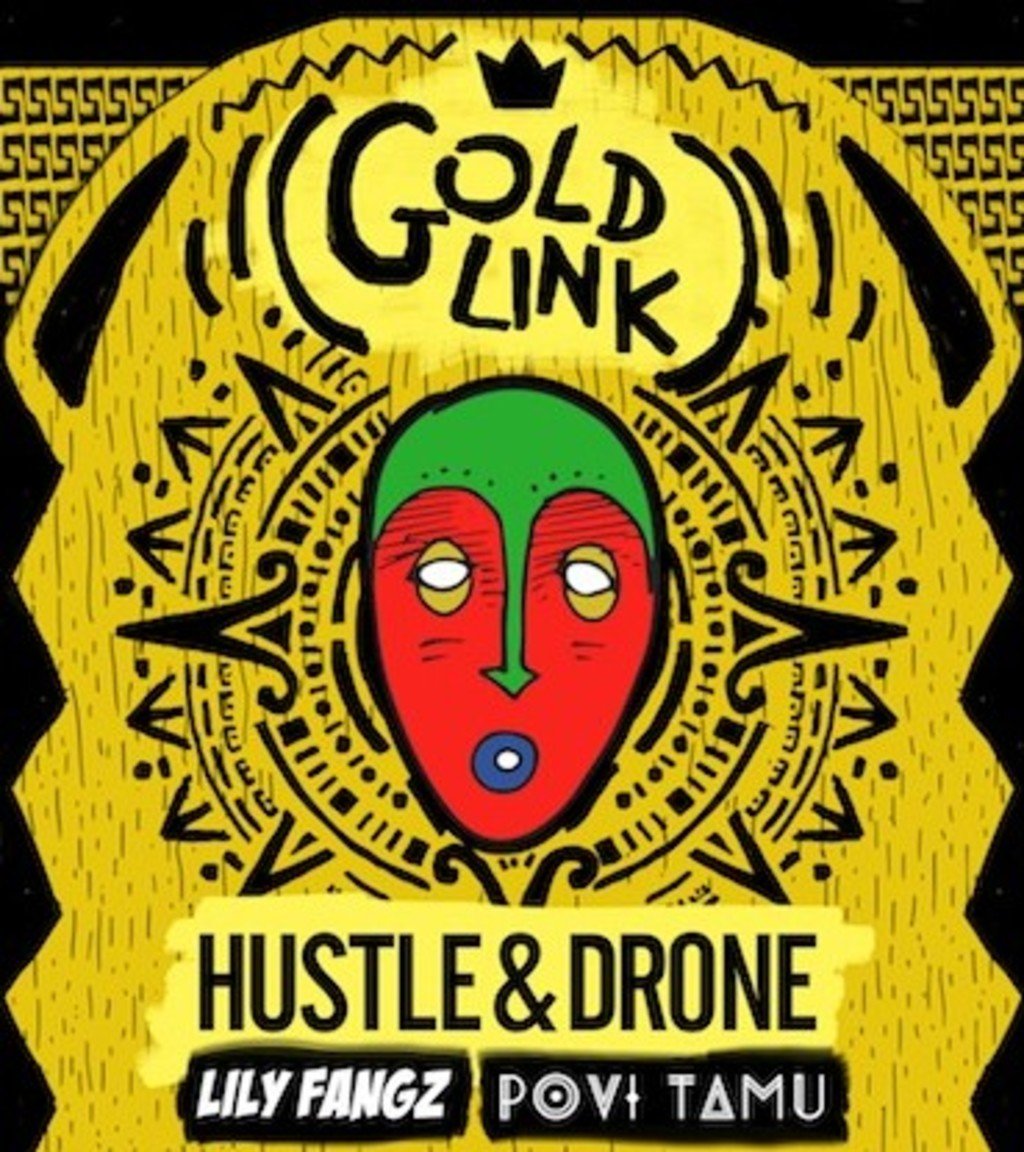 Tonight marks the final show of this year’s Red Bull Sound Select music circuit throughout Denver at the 1Up Colfax. And what a year it’s been! Capping off some amazing talent will be tonight’s show, curated by Souls in Action featuring Goldlink, Hustle and Drone and Denver’s own talents in the form of songstress Povi Tamu and bad-ass singer-rapper Lily Fangz.

Emcee GoldLink will be bringing the heat, spitting rhymes and reminding the Mile High City that he’s far beyond an “up-and-comer.” But not before Hustle and Drone, Povi Tami and Lily Fangz set the stage. Below, we give you a feature of each of these four performers as well as a sample of what you’re going to be getting LIVE tonight if you get your ass off the couch and into the doors of 1up. Oh, and did I mention the show is FREE when you RSVP here (first come first serve) and $5 day of show at the door. Support local and music talents and head on over to Red Bull Sound Select’s final concert of the year–trust me, you won’t be disappointed.

GoldLink is a 20-year-old rapper with a street style far beyond his years. Lively and upbeat, this Virginia native’s music just strikes a nerve. While his music catalog isn’t vast, it’s surely enough to land him on “Artists to Watch” lists everywhere. His erratic style is fascinating and addictive, moving a thousand miles and hour, beyond sound waves and into something more complicated with more movement. The  needle springs to life, jumping up and down and left and right, leaving no traces of a pattern, but rather a glimpse into this young rapper’s thoughts, which presumably run much faster than his lyrics. To call him mysterious might be a stretch, with his lyrics providing a more than we need to know about the rapper’s life. But something about the nostalgic sounds he brings have fans wondering and begging for more. Check out his debut album, The God Complex, in all its irregular glory.

Hustle and Drone is the new project of former Portugal. The Man band member, Ryan Neighbors, alongside Ryan Moore and bassist Andy Black. The trio is heavily involved in Portland’s music scene and  released their debut full-length HOLYLAND in September. Hustle and Drone exceeds the sounds of synth-pop/rock and dives into a live show that creates much more than robotic loops and drum and bass. Instead there are intentional basslines and the hard-to-miss vocals of Neighbors stacked high atop electronic sounds. It might be infectious or it might not compare to others in its genre, but I’ll let you be the judge.

Denver’s own Lily Fangz has a voice as smooth as honey with a bite like black coffee. She’s a little girl trapped in a woman’s body, lost in the world but sharing her journey with friends. She’s inspiring with her soulful pipes and decimating expectations with her sharp lyrical game. The girl inside gives her a charm, but the woman spitting raps says don’t mess with me, snitches. She’s a tricky artist to pigeonhole, does she want to be an approachable Iggy Azeala-type or the cutting DGAF types like Azalea Banks or Angel Haze. Regardless of her likeness to other female rappers, Lily Fangz has no problem telling you how it is. Just listen to the whistling lyrics of “Bubblegum,” which are anything put pink and bubbly. She probably rubs sorority chicks the wrong way and flicks off presumptuous men telling her to smile on the street. But her melting vocals make her so human, so relatable. I like her.

Povi Tamu’s music teeters between old-school cool and today’s innovative pop mastery. She’s instantly likable and her voice slides its way deep into your veins, coursing through your body like a drug. Often likened to Jessie Ware, this singer-songwriter’s style is all her own. She approaches her music in the same manner I expect she expects her life, taking it and giving just as much. She released a poignant track yesterday produced by Amp Live that should get the Mile High City as pumped for her performance tonight as the driving bass at the track’s forefront. While many pop singers will allow for the production elements to outshine their vocals, Povi Tamu reigns in the beat with her gripping choruses.