Halloween Re:Creation Dual Show at Cervantes & The Other Side

Finally rid of your Halloween hangover and putting that reliable old wig back on the shelf, relive the highlights from an amazing dual show at Cervantes and The Other Side: Halloween Re:Creation, The Werks vs. Zoogma. Chaos mixed with funky dancing, a packed house full of costumes bumping into costumes, and happy, incognito concert goers were all moving to this amazing lineup. The Werks and Zoogma headlined on October 31st, alongside amazing performances by the Pretty Lights Music family.

Presented by Cervantes and Euphoric Concepts, the dual show was one of the most raging Halloween parties in the city. As you walked up to the local favorite Five Points spot, you saw a huge line 0f witches, cops, bananas, gorillas, and just one or two normally dressed people waiting to buy tickets. The will call was a little hectic, and would be my only complaint. That, and the fact that I wanted to see Elliot Lipp as well as The Werks, but the dual show was quite literally that– they played at the exact same time. I needed to go back and forth and pick favorites for the event, which ended up working out in the end, but felt a bit staggered. 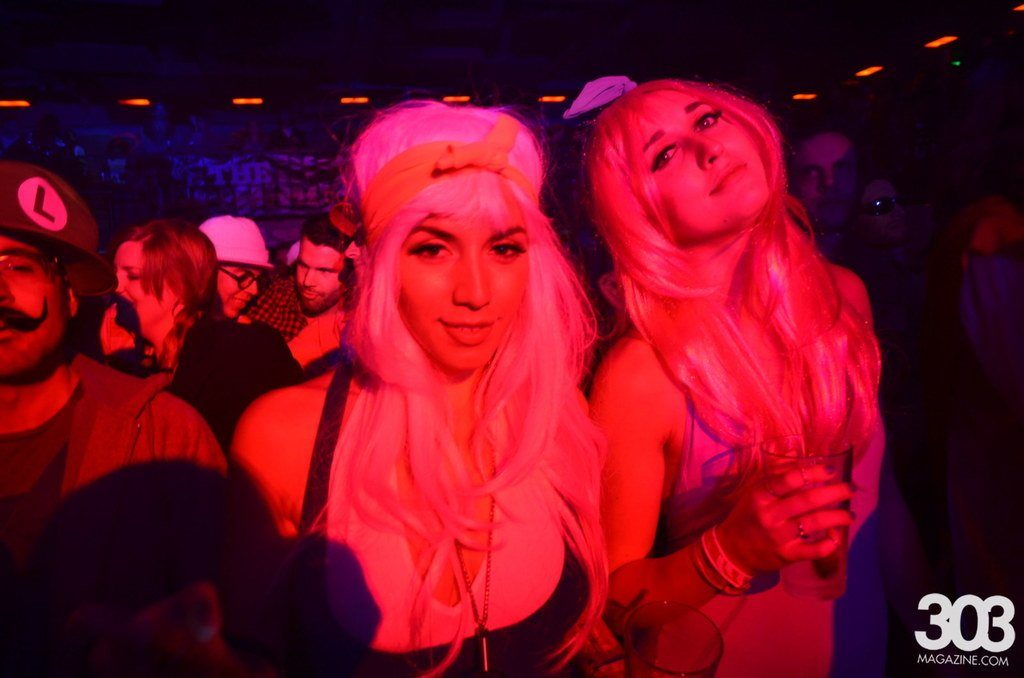 Trolls as bartenders beckoned you in to the masterpiece ballroom. The lighting and overall energy, even up to the low key second floor, were amazing. On The Other Side Elliot Lipp, Paul Basic, and Supervision played both Friday and Saturday nights. The highlight of the Pretty Lights Fam trio would have to be Paul Basic. For me, his energy and melodic beats are absolutely captivating. He draws the huge Halloween crowd in to the Other Side just by playing “Daydream”, one of his biggest hits from 3 years ago and his flagship banger. Basic’s beats are anything but basic– they are unique, dirty, low tempo and crunchy. Paul Basic comes on, and the entire room gets live.

Supervision gave The Other Side a killer set as well, throwing in some new tracks mixed with old favorites. Originally, the trio began their PLM Family tour “Keepin’ it Crew Tour” with Michal Menert, and no Denver stops. This changed when the trio (minus Menert) was invited to play at the Re:Creation show. Absolutely the most lit room in the space, not because it leads to the smoking section. Y0u should fall in love with Supervision, Elliot Lipp, and the entire PLM family while they are still playing shows in intimate venues like The Other Side. 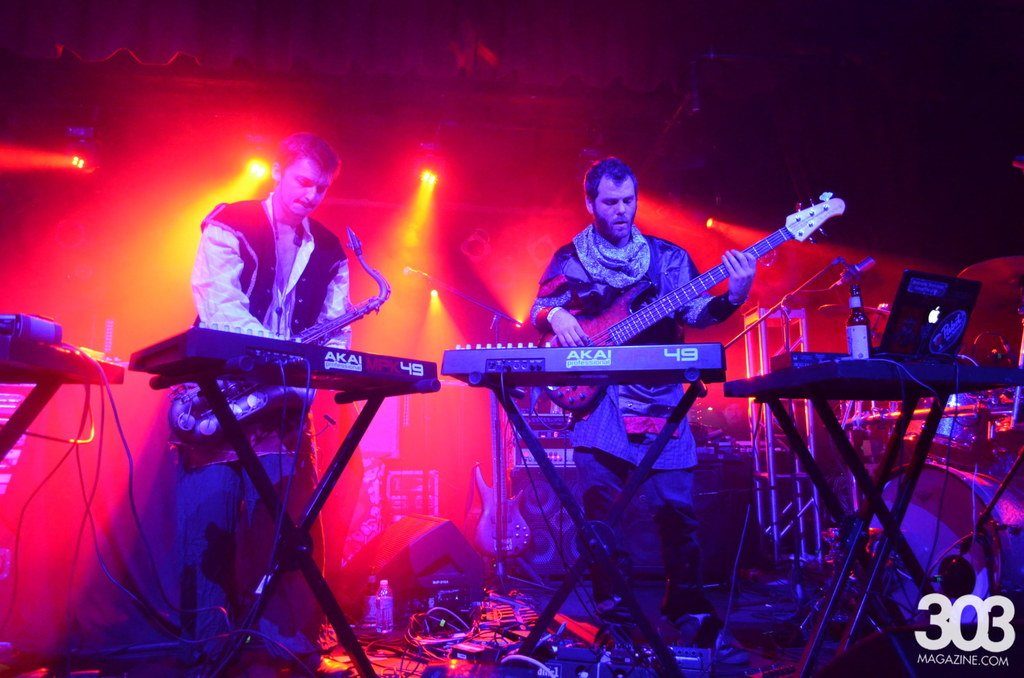 DynoHunter on Halloween at Cervantes, photo by Lindsey Bartlett.

After Paul Basic, another highlight of the evening was a killer set by DynoHunter in the main ballroom. The duo dressed as Princess Bride-esque old timey gentleman or swordsman, I couldn’t tell amidst the dancing and the get down.

DynoHunter led into the best set of the night in the Masterpiece Ballroom– The Werks. The group reminds me of Lotus in their jam-band meets electronic expertise. So much fun to dance along to. The Werks carved out this pumpkin for the set, and filled the room with patrons ready for the crazy Halloween night. They were dressed as one half Greek God in a toga, and one half 70’s flower child with John Lennon glasses, big hair, and killer shiny pants. The Werks hailing originally from Dayton, Ohio, appeared at home on the funky Halloween night. Follow the band on Facebook and listen to my favorite tunes, “Dark Side of the Moon” and “Duck Farm”. The duo absolutely killed it. 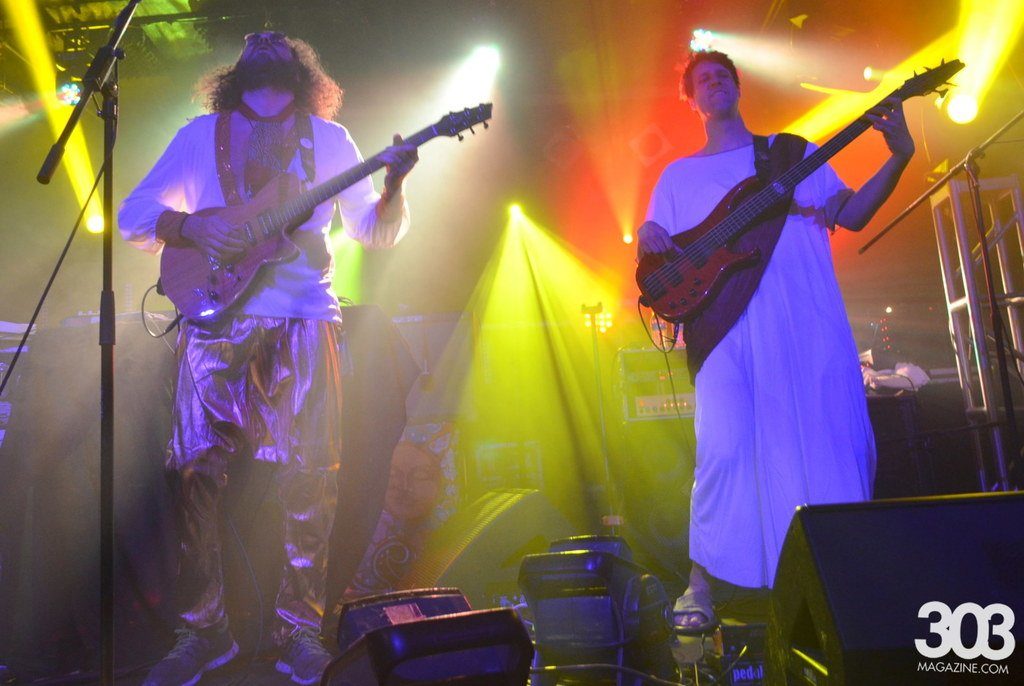 The Werks on Halloween at Cervantes, photo by Lindsey Bartlett.

Check out our stunning gallery from the dual Halloween Re:Creation show, and be sure to follow 303 Magazine on Instagram for coverage from all the best local concerts.