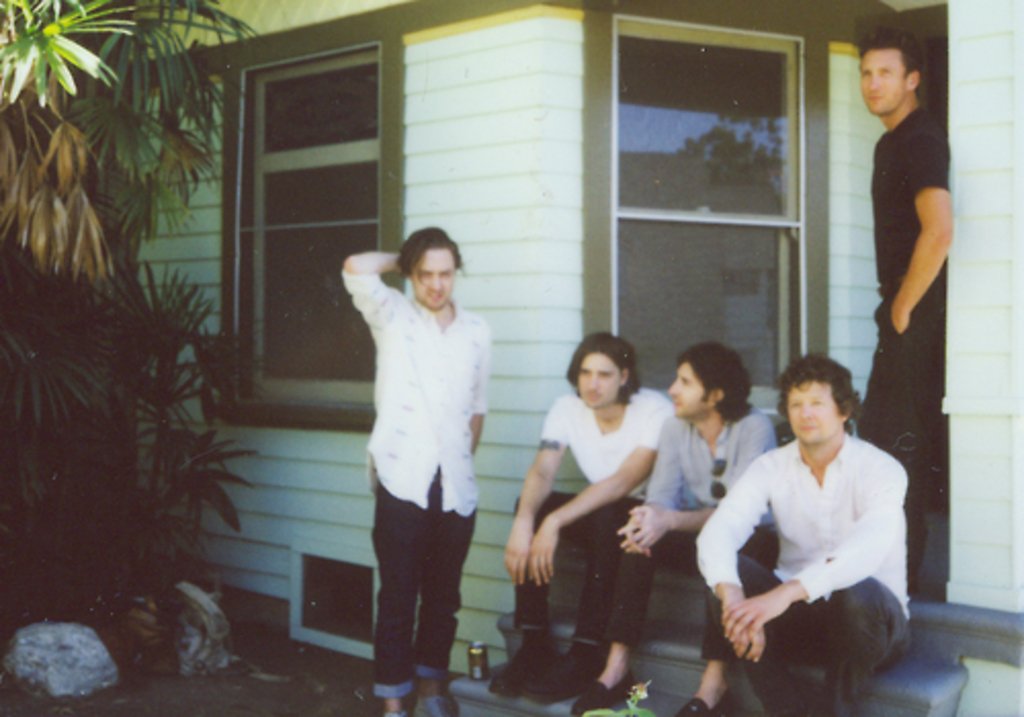 Line & Circle was born when two Midwestern boys took a leap of faith across the country to pursue a shared dream. It began as two Brians – Brian Cohen and Brian Egan, and later expanded to include the current lineup with Eric Neujahr, John Engelhard, Nick Cisik.

The quintet now continues to develop their sound with a certain ear for space – creating a balance between what they choose to fill in and what to leave alone. Their first self-titled EP exhibits this working dichotomy, with simple arrangements housing more complex notions that await their listener’s determination. It is monochromatic, but with sonic color bleeding through its seams.

Line & Circle will be stopping by Denver’s Larimer Lounge with Streets of Laredo on Friday, November 7. Tickets are $15 at the door and the show is 18+.

Line & Circle took some time to answer a few email questions from 303 Magazine’s Music Desk about their beginnings, their new album and what it is like to be a vegan while on tour.

303: For Brian and Brian, how exactly did you two begin working together in college?

Line & Circle: We initially met in a big group of people walking down South University Street in Ann Arbor during orientation, and promptly decided to blow off the orientation sessions to go shop for records. After that, we’d run into each other around campus here and there, but never got it together to hang out for a couple years. Once we reconnected though, we both realized we wanted to be in a band. So we started one.

Further, can you guys inform more on your expansion from an Ohio duo into a LA-­based quintet?

This all happened through a sort of accidental network of friendships. We met Eric through his brother Phil, who I knew randomly from early on when I got to LA. Originally I wanted Phil to play bass, but he was already done with music at that point and suggested getting Eric involved instead. That was a very crucial development. Eric knew Jon through other mutual friends and convinced him to learn bass. We saw a video of Nick playing drums in a ski vest and simply had to have him.

What was it like making the adjustment between Ohio and Los Angeles?

Being in a strange new place helped us appreciate what was special and unique about being creative people from the Midwest. It helped us articulate that aesthetically in our songs. Gaining that perspective and also working with like-minded talented friends like our producer Lewis Pesacov helped our recordings sound more like what we had been hearing in our heads all along.

You guys had an explosion of interest after releasing that 7-inch single record. What was it like to suddenly have critics take notice of your work?

That was the first recording we made that we truly loved, and that we felt comfortable releasing properly. Once it passed our test, we were okay with whatever reaction it was going to get. It was definitely validating and gratifying on some level, and humbling, to know that it connected with people so strongly. But we ourselves remain the hardest to please.

Line & Circle’s sound is frequently likened to the dream-pop genre, with some layered sonic textures coupled with  breathy vocals. Where did that dream-pop influence leak in from?

It’s difficult to understand what categories like that mean from one person to another. The new recordings especially I don’t consider particularly layered at all. They’re much more open and sparse. Sometimes people equate dreaminess with open space. In that regard, Erik Satie is an influence. The mood and space in his compositions made an impression on me from an early age. Is Satie the great-grandfather of dream pop? He is doing cartwheels in his grave.

The explanation behind the band’s name essentially notes how the very basis of communication is derived from two simple shapes. How does this idea inform the group’s own philosophy?

We make the songs, but ultimately it is up to the listener to assign meaning to them. The spark from this two-sided action between maker and listener gives birth to something electric, as Duchamp says. Both need each other to complete the circuit, or cycle if you will. So communication is at the essence of what we do, which is why the name seemed fitting. We are aware that the audience has the final say though. 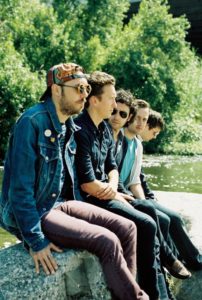 What went into recording this newest self-­titled release?

We payed more attention to atmosphere in these recordings. As mentioned above, the arrangements are more minimal. We finished basic tracking quickly, with everything recorded live to tape. This gave us time to experiment with recording, cutting, and assembling tape loops in the studio which was a lot of fun. We used elements like that to give color and texture to the negative space in the songs.

You guys are currently on a heavy touring schedule, is there anything you have learned through the experience of constantly traveling and performing?

How to create vegan meals at restaurants where the employees have absolutely no idea what vegan means. This is a source of endless joy for all involved.

You guys are coming to Larimer Lounge this week with Streets of Laredo. What can people expect from your live show?

We’re genuinely excited to have the chance play our songs for people who know them and like them already, or who might be hearing them for the first time. That will come through in some fashion. We’re a band that lives and dies by the song, so there probably won’t be any 20-minute jams, man.

To boil it down, what do you want people to know about this budding group?

As a band, we’re all excited about where we are, and where we are heading musically. We are thrilled for the chance to reach other like-minded people who might be into what we’re doing as well. If anyone wants to come along with us, the more the merrier.