INTERSTELLAR Blasts Off to Save the Children 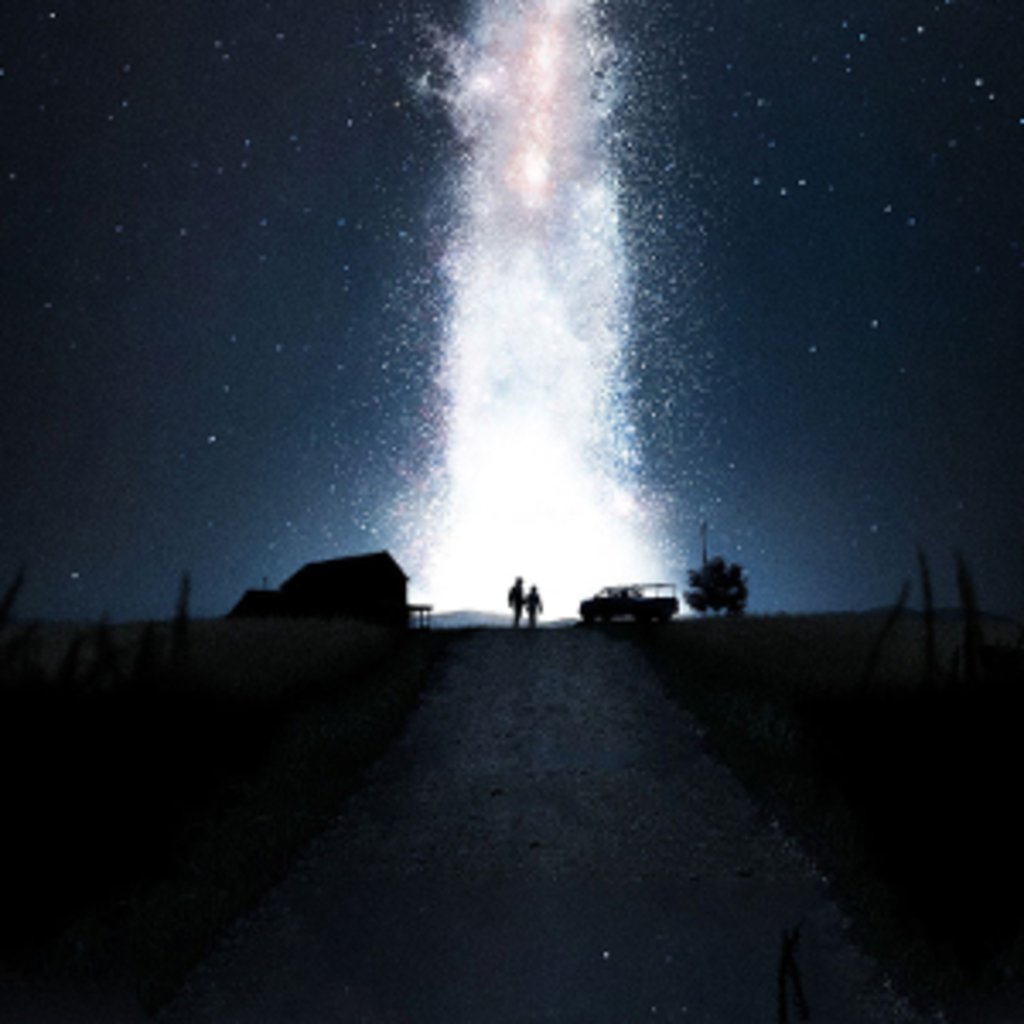 Christopher Nolan’s highly anticipated new opus, Interstellar, has now landed in theaters in a wide variety of formats – 35mm, 70m, IMAX, 4K digital, regular digital & digital IMAX. This is 21st Century Hollywood epic film-making from a director with well over $3.5 billion in worldwide ticket sales for his films. He’s kind of a big deal, but is Interstellar any good?

Our story is set several years into the future on Earth where disaster has occurred & man has lost a lot of technology (militaries & governments too, which ain’t so bad). We meet our hero Cooper (Matthew McConaughey) who is a farmer that used to be a NASA pilot before the world fell. He scratches out a living with his two kids, Murph & Tom, and his father-in-law Donald (John Lithgow). Murph receives a message she thinks is from a ghost which leads her and Coop to a secret NASA base.

Coop learns that even though the government stopped funding space exploration, NASA moved underground. An old teacher of his, Professor Brand (Michael Caine), is leading NASA’s Endurance mission now along with his daughter Amelia (Anne Hathaway). They convince Coop to leave his family to join the mission so they can save the humans on Earth. If that fails, they have a Plan B to go out & seed a potential new planet that has been discovered through a mysterious wormhole. They have already sent explorers out to 12 different galaxies they think might be able to support humans. 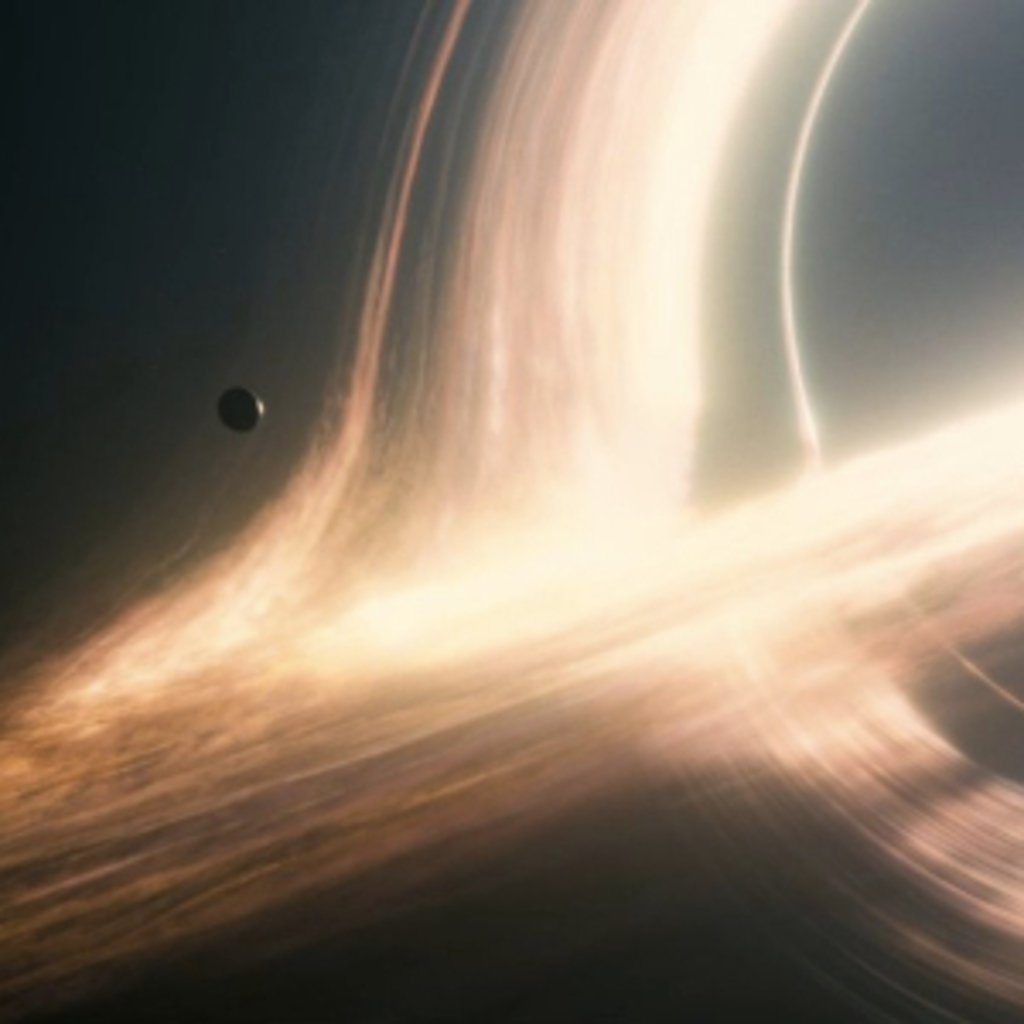 Now the fun begins as the explorers set off to find a new home. Amelia and Coop are joined by Doyle (Wes Bentley!) and Principal (David Oyelowo) as they race towards the wormhole. Their mission is to investigate the 3 best galaxies and report back which one would be best. Needless to say there are some complications like relativity, inhospitable climates and dwindling resources. Meanwhile back on Earth time is moving faster as Murph has now grown up to be the impossibly beautiful Jessica Chastain. Murph has dedicated her life to science and she works with the aging Professor Brand. She still desperately wants to get the humans off of Earth since she believes that Coop’s mission didn’t succeed.

Whoa, this is a lot of plot exposition here, kinda like the movie. Life imitating art and what not. What you really want to know is this movie any good? Is it worth seeing? To that I would answer yes. Is it a masterpiece of science fiction like 2001? Let’s not get crazy here. Interstellar has some great scenes of characters talking about the hard science behind space travel, time and gravity but boy do they ever talk and talk. At times the movie feels like the pilot of new procedure television show. Then there are some breath-taking scenes in outer space with the Sphere-like wormhole and a tesseract-designed fifth dimension. 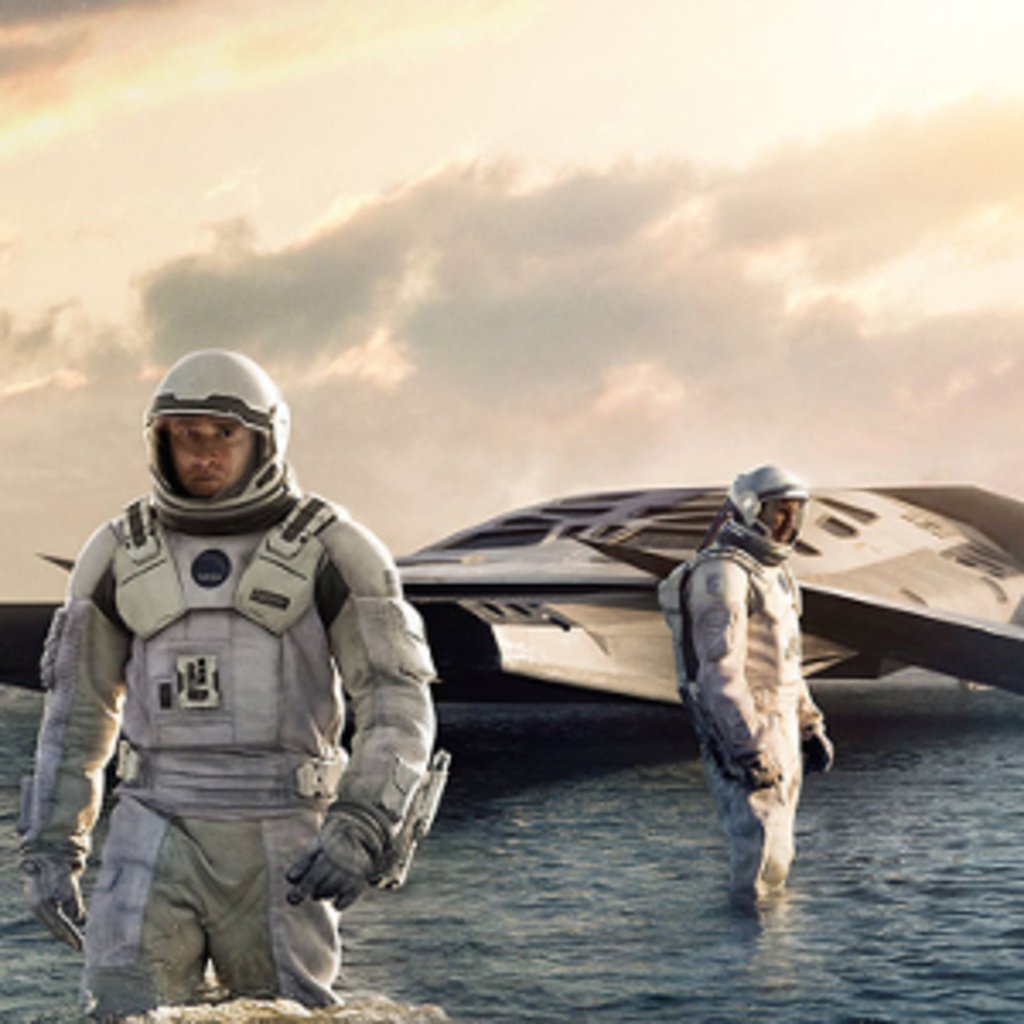 Is it too long? Unequivocally the answer is yes. Maybe that is part of Nolan’s goal with the film becoming a massive sensory deprivation experiment kinda like the time I saw Guns N’ Roses “reunion” tour in 2002. Axl takes a long time to get on stage which means the crowd gets very drunk & rowdy. On this tour he had the MC from the Beastie Boys scratching Metallica records that did NOT go over well with the crowd. As he was booed off the stage, the arena began to fill with dread and a menace filled the air. Fist-fights broke out amongst the jean jacketed, heavily inebriated crowd then just when you thought the place would explode “DO YOU KNOW WHERE YOU ARE? YOU’RE IN THE JUNGLE!” Rosemont Horizon exploded and the place went bat-shit crazy. But I digress.

Interstellar is about survival of the human species. It is a story that is pitched in that register that made Steven Spielberg one of the most popular movie directors, a situation that Christopher Nolan finds himself in right now too. Yes, this movie spends an inordinate amount of time explaining the science. Yes, this movie is very, very long yet somehow it either isn’t enough or there’s too much being jammed in. Yes, this movie goes out of its way to flatter children and heavily emphasize its heteronormativity – which is a fancy way of saying straight people’s views. Yes, this movie has some great scenes but nothing that felt memorable to me with a lot of them seeming to be sampling other classic sci-fi films. Yes, the movie almost gets bogged down in sentimentality, especially in the long final act of the film. In the end, Christopher Nolan took 169 minutes to say what Sturgill Simpson said in only 3 minutes in “Turtles All the Way Down.”