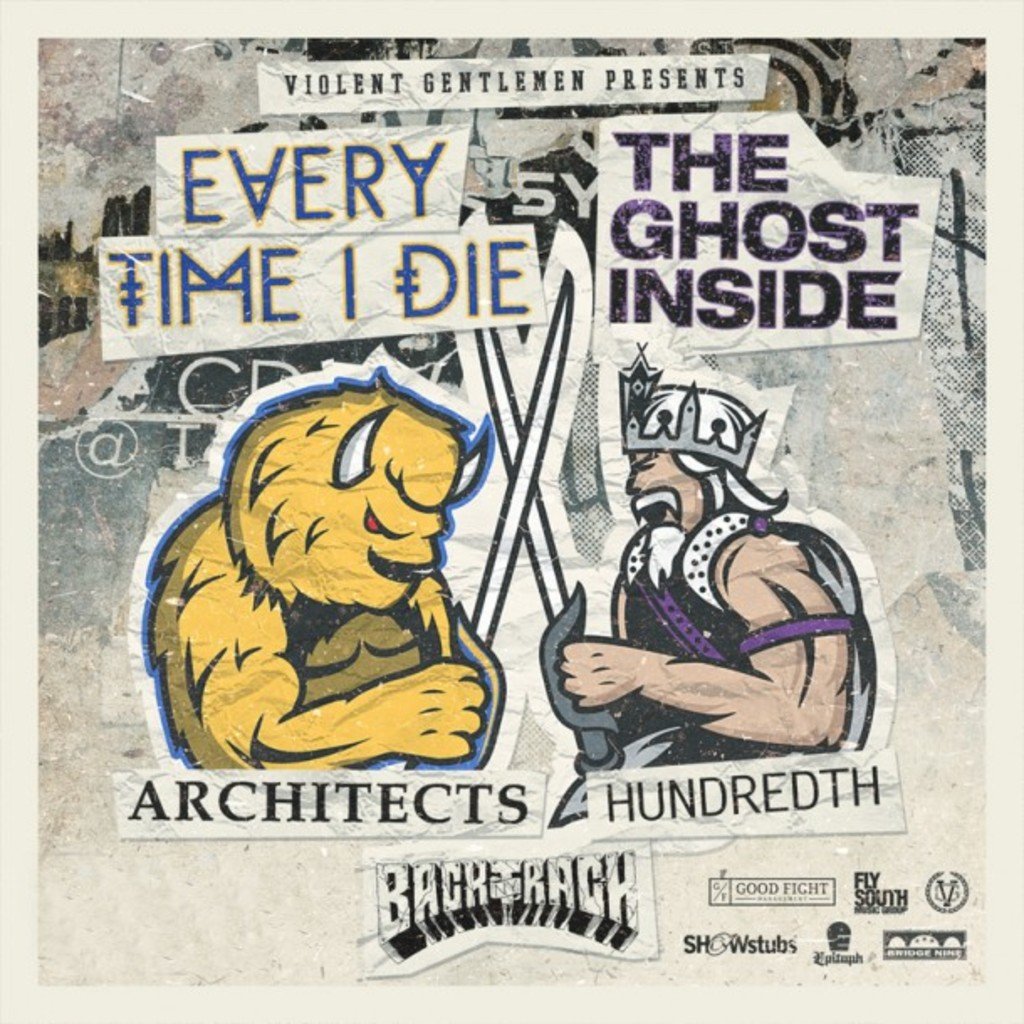 This Saturday, Denver has the privilege of hosting one of the finer hardcore showdowns that have come about in recent years, as hardcore heavyweights The Ghost Inside take on the ever-indomitable Every Time I Die. Support will come from Architects, Hundredth and Backtrack.

Every Time I Die and The Ghost Inside both enter this duel-of-sorts in similar situations. The Ghost Inside just this week released their fourth full-length record, Dear Youth. While Every Time I Die enter the fight following their seventh full-length release, From Parts Unknown, this past summer. That being said, both bands will surely be lighting the stage on fire, as an assortment of songs from both the new records and the fan-favorite old releases will be played. (Architects will also be throwing considerable punches from their latest March 2014 release Lost Forever // Lost Together.)

What’s most interesting about this upcoming skirmish is the fact that three of the five bands performing (Every Time I Die, The Ghost Inside and Architects) have been around for a over a decade, making this type of concert somewhat unprecedented. It’s not often these days that bands, and hardcore bands nonetheless, continue in existence for more than five-plus years, as the turnover rate for bands signing on with record labels seems to be at an all-time high.

To put things into perspective, Every Time I Die (the elders of the tour) have been playing music together since 1998, when the final season of Seinfeld (Season 8) and the debut season of That 70s Show were airing as modern television shows … Long before the entirety of the both series found its home in daily syndication. While both The Ghost Inside and Architects hit their 10-year anniversary marks as bands this year, proving what most never would have thought possible for two hardcore bands of the early 2000s.

Every Time I Die are impressively resilient, countering the expected levels of criticism and doubt of each new album release (especially in conjunction with age) with yet another fire-breathing, hard-hitting, corrosive record that seems to outdo their previous effort. Living up to the expectations that a diverse group of fans (in terms of range of ages) who span that of two decades, is an extremely difficult task. And it doesn’t make it much easier when the genre of music still remains a bit specialized and less accessible/commercial. But yet, here they are, still impressively successful and impressively resilient.

Architects can also attest to the fact that progression, in terms of style of music, that realms outside of their dominant genre (on an independent label, mind you) doesn’t always go over too well with fans. After the release of their fourth full-length, The Here And Now, crowd quickly amicability turned to that of vexation and discontent. But with Lost Forever // Lost Together, it seems that the tides have turned in their favor, as crowds (American crowds especially) have finally come around.

Come on down to Summit Music Hall this Saturday to check out a musical duel that will be one hell of a good time!