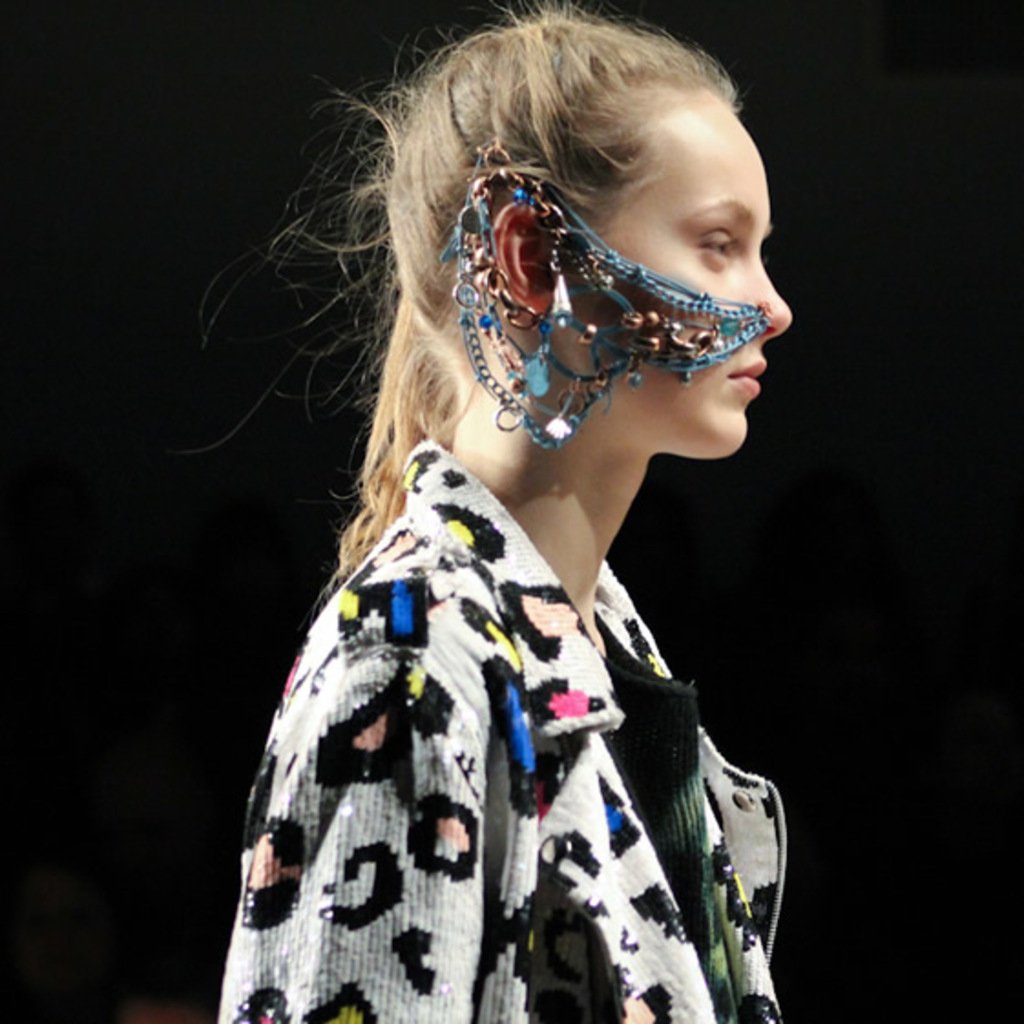 Get ready for glitter, gems and glam – the brand known as Ashish is invading the U.S.

This London-based brand has been showing collections since 2004 and is known for fun and dramatic shows. Ashish Gupta has really made a name for himself in the fashion industry. He was born in Delhi and studied fine arts in India during his university years. He then completed this BA in fashion after moving to Middlesex and living there for a few short years.

Ashish then moved to London in 2000 where he acquired his Master of Arts in Fashion at the famous school, Central Saint Martins, which has been known to produce designers such as Alexander McQueen and Christopher Kane. He then ventured to Paris where he thought he would try out his luck at the fashion scene there, but ended up as a struggling artist. With nowhere to turn, he started designing for friends until 2001 when he got his big break.

Yeda Yun of Browns Focus took a liking to his designs and artistry which caused Ashish to get his first-ever order. Ever since then the name Ashish has been synonymous with pop stars such as M.I.A. and Madonna. He’s known for his his mix of Western and Eastern influences which is extremely apparent in his garments.

He is now a very influential designer in the London scene and has even won the New Generation Award three times, which is handed out by the British Fashion Council. He can be shopped internationally and can even be found at some of your favorite stores such as Nordstrom, Farfetch and Net-A-Porter.com. 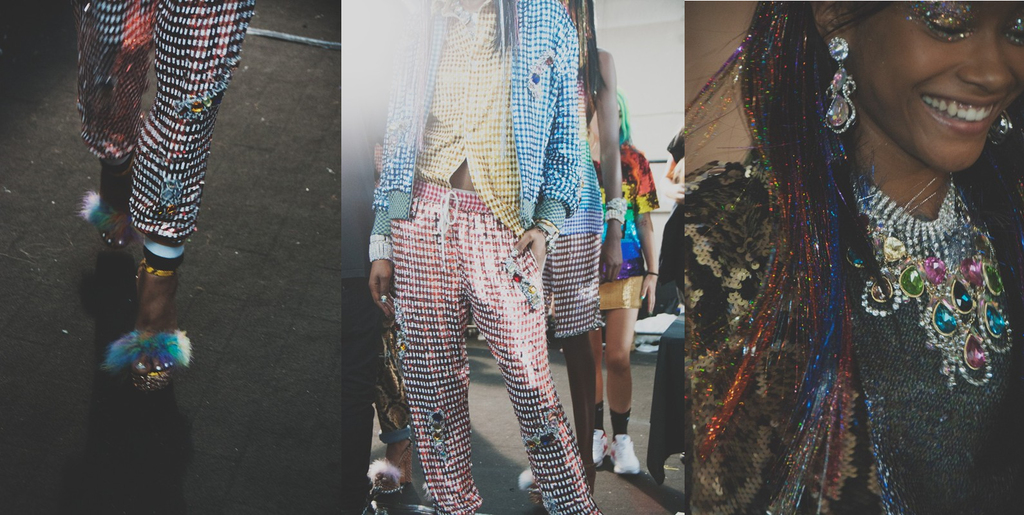 Ashish is now known for his use of color and shine. The Ashish customer is never afraid to stand out and lives for avant garde styles. That’s exactly what we saw showcased in his most recent collection which focused on sleek, sparkly looks with lots of drama and color. There was something so tacky about the entire show that made us fall head-over-heels for every garment on the runway.

Tinsel extensions and glitter eye shadow nodded at ’90s fashion trends alongside track pants, tank tops and bomber jackets. The show opened with a male model strutting down the runway in some sneakers and a pair of rainbow sweat pants. The show just seemed to get progressively wilder from there, but hey … we’re not complaining. A long dress covered in pink sequence hit the runway with feathered jackets, snake print jeans and a Miley Cyrus inspired sweater following. Near the end of the show some very practical black dresses, pants and tops closed the extremely colorful show.