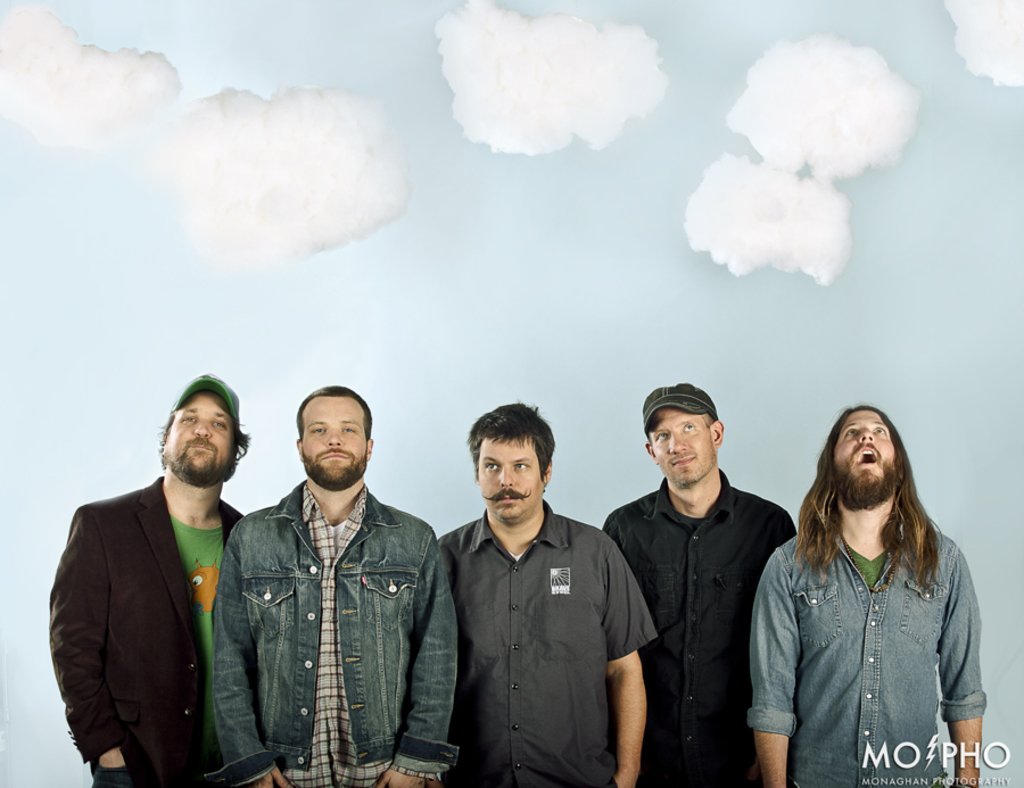 Greensky Bluegrass just released their new album If Sorrows Swim on September 9. Guitarist Dave Bruzza took sometime out of his day off to talk to 303 Magazine a bit about the new album, including how they use tapes versus digital recording, how his lyric writing reflects his personal life, summer festival highlights, and exciting upcoming fall festivals and tour dates. Read on to learn more and check out some live recordings off of If Sorrows Swim.

Don’t miss the boys when they pass through Colorado: Greensky Bluegrass will be in Denver at the Ogden on October 24 & 25 at 9pm. Tickets are about $22 with advanced purchase and $27 on the day of the show. Then they head up the hill to Belly Up in Aspen on October 27, with the show starting at 8pm and tickets on sale for $20. 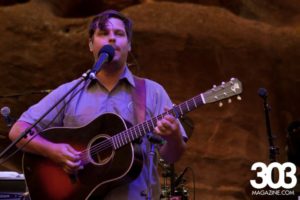 303: Tell me about your brand new album If Sorrows Swim. I read that it was recorded in only ten days and on a tape, rather than digital, in order to “capture the moment” rather than to make sure “everything was perfect.”

Bruzza: Well, we did our last record the same way in the same studio in Michigan with Glenn Brown. He’s a great guy and wonderful to work with. The sound is a lot better, in my opinion, with the old school vibe. Almost like pressing vinyl. On this record we took a lot more chances with our arrangements. We had more songs that we weren’t as familiar with that we’d written. So we took the opportunity in the studio to get pretty raw, which was exciting.

303: There are several fiery themed tracks on If Sorrows Could Swim: “Burn Them,” “Kerosene,” and “Demons.” Is there a dark, underlying theme to this album that we ought to know about?

Bruzza: (laughs) No, it was a kind of coincidence. I wrote Kerosene, which is about my ex girlfriend. When I wrote that song, I was in a better place than I was when I was with her. It was a way to come clean and express myself and deal with my life. There’s no fire in that song, really. I used the image of washing your hands with kerosene and moving on.

303: You guys used the book “How Music Works” by David Byrne as your bible, so to speak, while recording If Sorrows Swim. Tell me a bit about how that influenced your playing and recording techniques and styles.

Bruzza: Well, we all love David Byrne a lot and the Talking Heads. That book was in the studio, but I wouldn’t say it was a roadmap. But it was definately exciting to thumb through it and check out the recording process that they had back in the 1980s. It was inspirational. 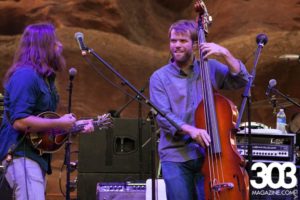 303: Both you and mandolinist, Paul Hoffman, shared the job of lyric writing for this album. Can you tell me a bit about your process and how you guys collaborate or write separately?

Bruzza: Well, we don’t really collaborate than often, and we haven’t in a while. I always have a little notebook and write down a lot of stuff. All my songs come from personal experience, as mentioned with Kerosene.

It’s a way for me to deal with my life. It helps me to put it to music.

303: The album title If Sorrows Swim was inspired by an episode of the podcast This American Life, where someone was talking about how depressed they were and how they couldn’t even drink away their feelings of sadness. Elaborate on that a little.

Bruzza: Well, I didn’t write that song. Paul actually came up with that piece. He really liked that image a lot. I’m not sure how much it had to do with booze or not, though.

303: As summer draws to an end (sigh), let’s reflect for a minute on some of your favorite highlights and festival moments from the past few months. Not only did you guys play the main stage at Bonnaroo this summer, but also opened (sort of an understatement) for Railroad Earth at Red Rocks. Must’ve been an exciting summer for the Greensky Bluegrass boys.

Bruzza: Oh wow, all of it. Yeah, it was really amazing. Everything from Bonnaroo and being back at Telluride Bluegrass. And Outside Lands in San Francisco. And Red Rocks!

Check out Greensky Bluegrass opening for Railroad Earth at Red Rocks from this summer:

303: I saw you guys are playing your hometown of Kalamazoo for Thanksgiving. Any other upcoming shows or events in the fall/winter that you’re personally looking forward to? 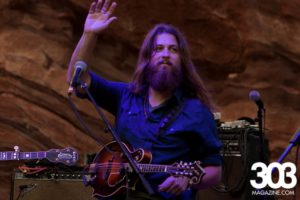 Bruzza: Well, we’re currently on tour now. And we just got done with our first peak shows of the release. It’s been really amazing to see people fired up about all the new songs. Looking forward to playing everywhere. The West Coast will be fun, we close in November with two nights in San Francisco. And everything in between. We’ll be doing Hulaween (Oct. 31-Nov. 2) down in Florida with String Cheese and the next night we’ll be in Las Vegas doing a WaterWheel fundraiser after the Phish show.

303: You guys got a career kickstart in 2006 when you won the Telluride Bluegrass Festival band competition, and then played the main stage at the festival the following year. And now you’re actually a permanent Mile High resident. Is it safe to say that Greensky Bluegrass has a soft spot in their heart for Colorado?

Bruzza: Oh, yeah we do love Colorado. Anders Beck lived there a long time before he joined our band. We’ve played the past three Telluride Bluegrass Festivals in a row. I met my wife there. Telluride is the first place in the country that really accepted us. Colorado is definitely a special place for us.