Pros: As Denver’s only Peruvian bakery, you’ll find some seriously amazing South American sweets at Azucar (as well as some French and American ones). Don’t miss the dulce de leche napoleons, coconut flan, or the alfajores. The savory empanadas, served with aji sauce, are also fantastic. Azucar has its own parking lot, and the prices are also very reasonable.

Cons: Azucar is popular, so seating options can get limited.

While Denver might not have a ton of options for Peruvian food, the few Peruvian establishments we do have more than make up for it in quality and authenticity. After covering Los Cabos II, Denver’s oldest Peruvian restaurant, I was happy to discover that Denver also has an authentic Peruvian bakery—Azucar.

Located off of South Broadway, Azucar is hard to miss. The exterior is painted a particularly bright shade of pink, and the same frosting-worthy color is used in the chic, roomy interior. Though the business began in 2006, it moved to this location a few years ago after it outgrew its first. The space is roomier than you’d expect, with black leather chairs, ample table space, and of course, those bright pink walls.

Owner and founder Marjorie Silva is a friendly, generous presence, who assures that every single patron of Azucar is offered a free sample when they walk through the door. This sort of hospitality makes everyone feel right at home. Silva even goes so far as to hold an open house cake tasting every Sunday. That’s right—per tradition, every Sunday Azucar dishes up free cake to anyone who wants a taste. 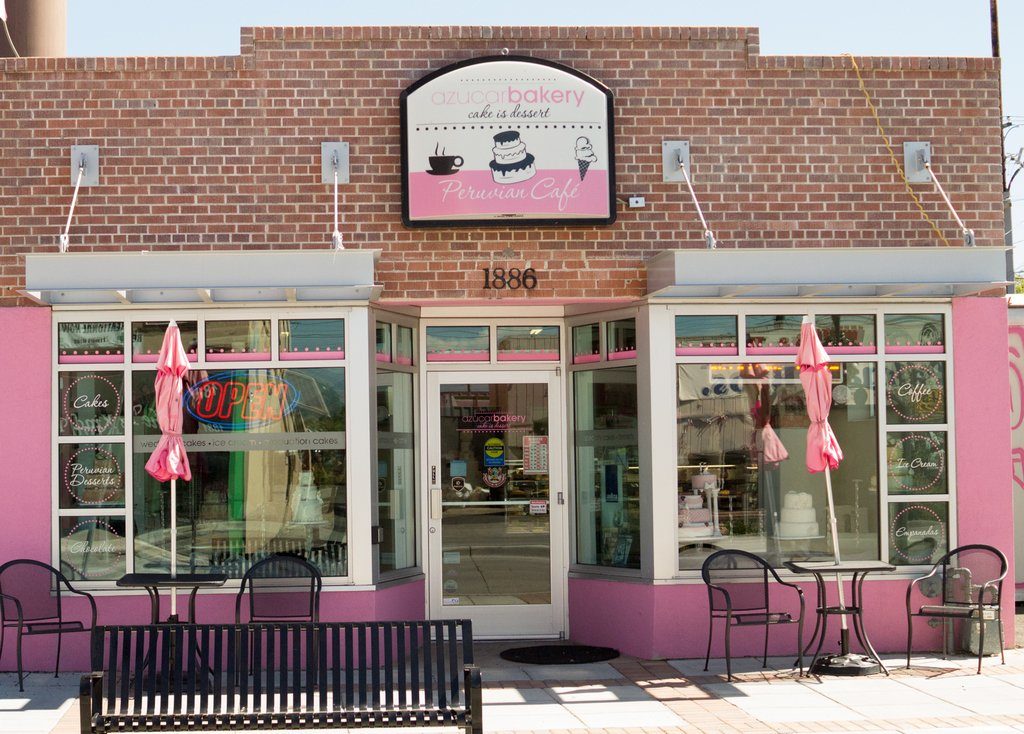 Azucar has won countless awards for the best wedding cakes in Denver for years in a row now. Why? “Because our cakes actually taste good,” Silva says. While many boast pretty wedding cakes, the ones at Azucar taste as good as they look. And trust me, they look stunning. I noticed a display cake that looked as if it had been painted with henna, and Silva told me that she often works with henna artists. The artists paint the elaborate finishing touch on the cakes, sometimes taking up to eighteen hours to finish the detail-oriented work.

While Azucar has gained quite a following for its wedding cakes, that is definitely not their only forte. One glance into the pastry case, and your mouth will be watering at the sight of so many South American specialties. There are, or course, alfajores, those tender cookies sandwiched with home made dulce de leche (Azucar also sells an irresistible, chocolate-dipped alfajor). You’ll also find the flaky, many-layered dulce de leche napoleon, one of Azucar’s most popular items. It’s easy to see why—in the center of the ultra-flaky layers of pastry is a thick spread of dulce de leche. The caramelized sweetness of the dulce de leche with the pastry is the perfect combination—sweet enough for dessert, but a possible contender for a decadent breakfast as well.

Another authentic Peruvian dessert I sampled at Azucar was the flan. Marjorie makes three types—an authentic Peruvian flan, a coconut version, and a chocolate flan. The coconut flan was dreamy and delicious—the super-thick, creamy flan base topped with a sprinkling of deeply toasted coconut flakes, drizzled with burnt sugar caramel sauce. Silva also prepares authentic Peruvian chocolate truffles, called chocotejas. The silky chocolate encases a tender prune and caramel filling, and the fun, colorful wrappers (which Silva imports from Peru) are reason alone to order one. 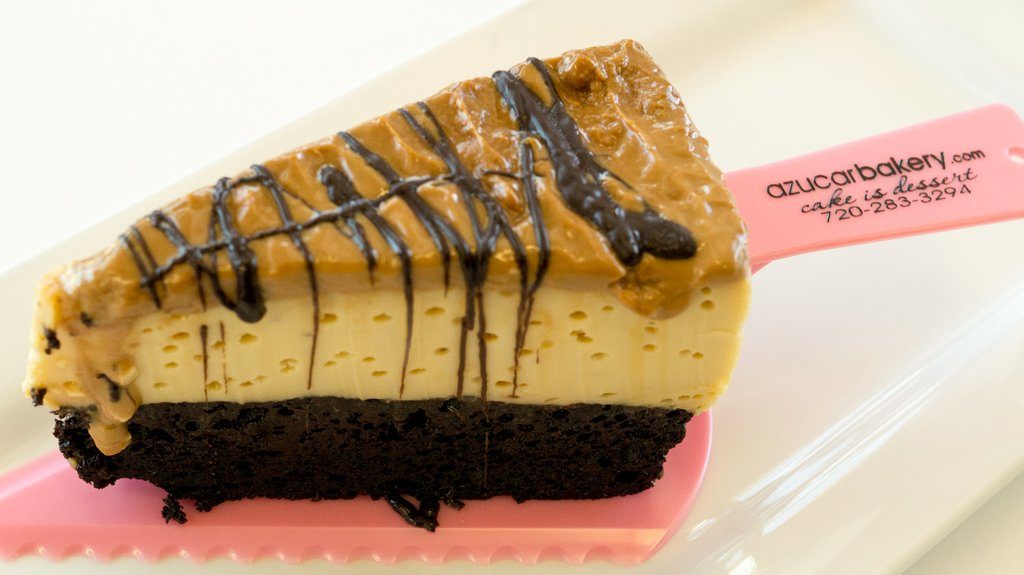 Azucar also has a selection of Peruvian goods on hand. While Denver has a few empanada spots, many are Argentinian or Venezuelan. Silva stuffs the ones at Azucar with Peruvian fillings like aji de gallina, and all are served with her zippy aji sauce. Azucar also makes its own ice cream, in Peruvian flavors such as Lucuma and Guanabana. Drinks like Inka Cola and exotic fruit juices are also on hand.

While the Peruvian offerings take center stage, there are also some cross-cultural crowd pleasers. Cupcakes, seasonal pies and slices of cake share space with all the South American treats. Silva has truly created something for everyone at Azucar. “I am always learning and innovating,” she says. Right now, she is developing a healthy line of baked goods, featuring the recently popular Peruvian ingredient, quinoa.

The diverse clientele Azucar attracts speaks to the unique niche Silva has carved out in Denver. During my last visit, I saw such a diverse group of patrons at Azucar—male and female, young and old, both Spanish and English speaking. By staying true to her roots, Silva has created a unique business and an excellent example of how great a neighborhood bakery can be.