This Sunday September 7th arrives the biggest day of comedy that Denver has ever seen. The Oddball Comedy & Curiosity Festival presented by Funny or Die has more heavy-hitters in the comedy world on it’s ballot than ever before. Oh, and don’t forget the best part—this show is at Red Rocks Amphitheatre. Here are 8 hilarious reasons to go to the Oddball Comedy Fest Denver: 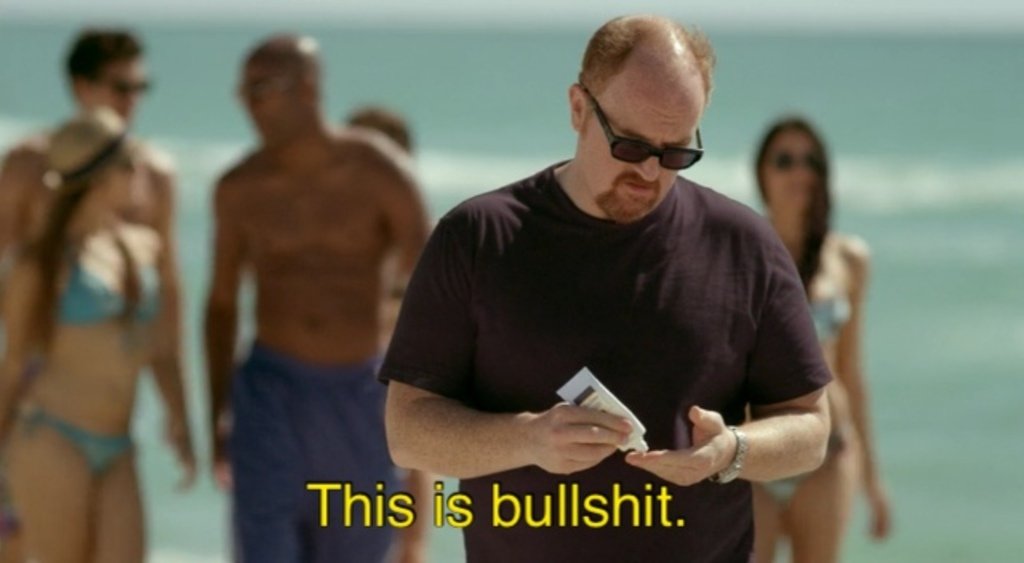 Laugh, cry, shed a few tears, and pinch yourself because you are about to see Louis CK at Red Rocks. That’s right. One of the most critically acclaimed in the comedy world is coming to Colorado and headlining what is, already, a riotous event. Anticipation is an understatement. This past fourth season of his highly acclaimed FX show Louie was more controversial than ever been before, mostly pointing to an episode where he deconstructs male rape fantasy. But, if Louis can’t be poignantly honest about modern sexuality, then who can? The points he made were more self-reflective than offensive. I personally think the more offensive the better, especially in a set that is drenched in raw, honest, individualized experience. The standup God has never done a set at Red Rocks before. I can’t wait to see how he makes fun of Colorado. 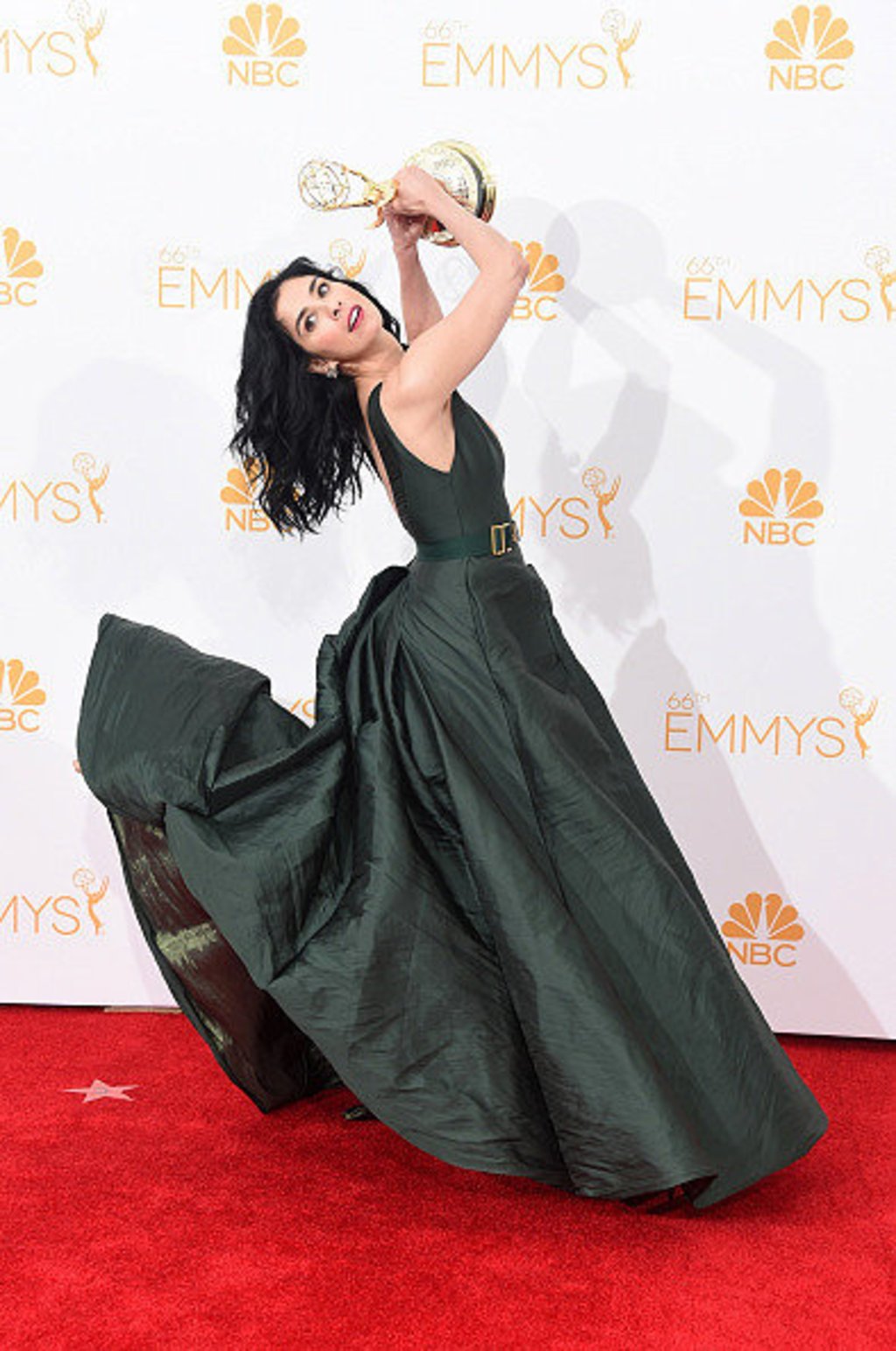 Sarah Silverman is leading the female comedy revival, and just won an Emmy for Best Writing for a Variety Special, her HBO stand-up special We Are Miracles. She is anything but cliché, anything but expected, and takes the audience by surprise with punchlines that you couldn’t fathom coming from her mouth.  I found her stand-up to hit me more personally than the Sarah Silverman Show, although the audience who buys the shows DVD’s are diehard fans. Maybe the show was too aloof for me at the time. I never failed to appreciate her quirky nature. And her courage. This chick has balls. She told NPR Fresh Air that her comedy came from a place of humilation more than self-loathing, “You want to be funny before anyone is funny on your behalf.” During her acceptance speech at the Emmys, at which she may or may not have been high on a marijuana vaporizing pen, “We’re all made of molecules and we’re all just hurling through space right now.” 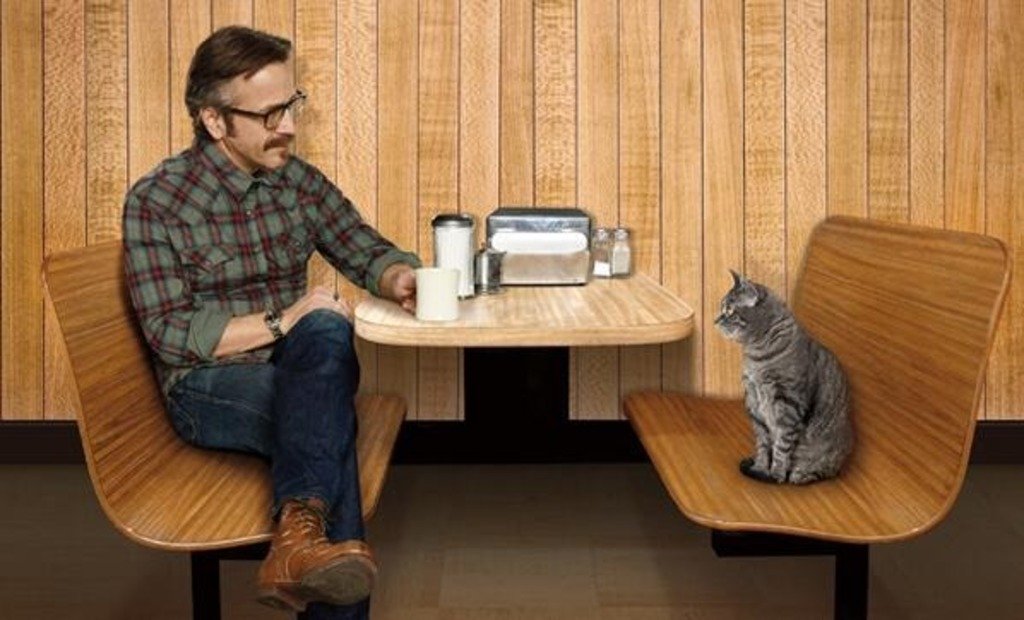 If you don’t love Marc Maron, I do not know what the hell you are doing with your life. His infamous podcast “WTF with Marc Maron” is consistently on the top of all major podcast circuits on iTunes. His show Maron just finished it’s brilliant first season on FX, and warrants watching again. And again. He constantly begins each episode by spilling his heart, soul, and most intimate problems to what the audience thinks would be a therapist, but always ends up being someone highly inappropriate like his vetrenarian, or a car salesman. TMI for most, but for me, it’s not enough. I find his darkness more believable than Louis’s (he’s just way too famous at this point, like he admits in radio talk shows, to be that downtrodden), simply for the feeling that each episode is meant to evoke. It always makes you feel something, whether it is good, bad, uncomfortable—he is making you feel. Sober comedians poster child, Maron is now reaching the height of his fame. Seeing this comic live might change your life. 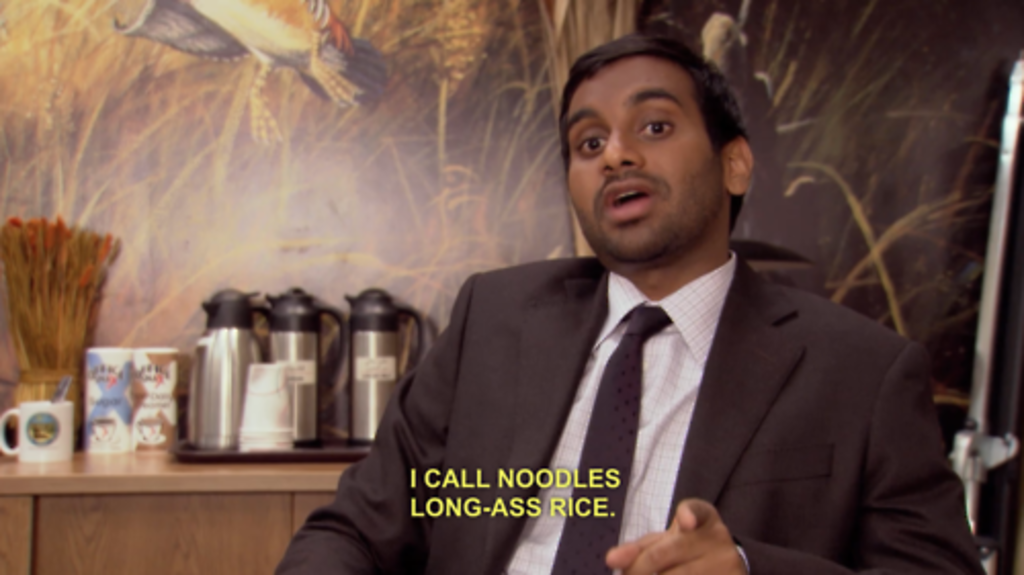 I first fell in love with Aziz Ansari when I saw his sarcastic, smiling face on MTV’s 2007 show Human Giant. It’s hard to forget his real-life inspired stand-up set about meeting famous people, smoking blunts with Snoop, or how insane Kanye really is. For the past 5 years, Ansari has received the most fame of his career as Tom Haveford on Parks and Recreation. His character is very well written (I call noodles long ass rice). While the script has done him huge favors, Ansari makes the show. Tom perfectly, in spite of Ansari’s humility in person, embodies the twenty-something: spoiled, naïve, and undeservedly optimistic. 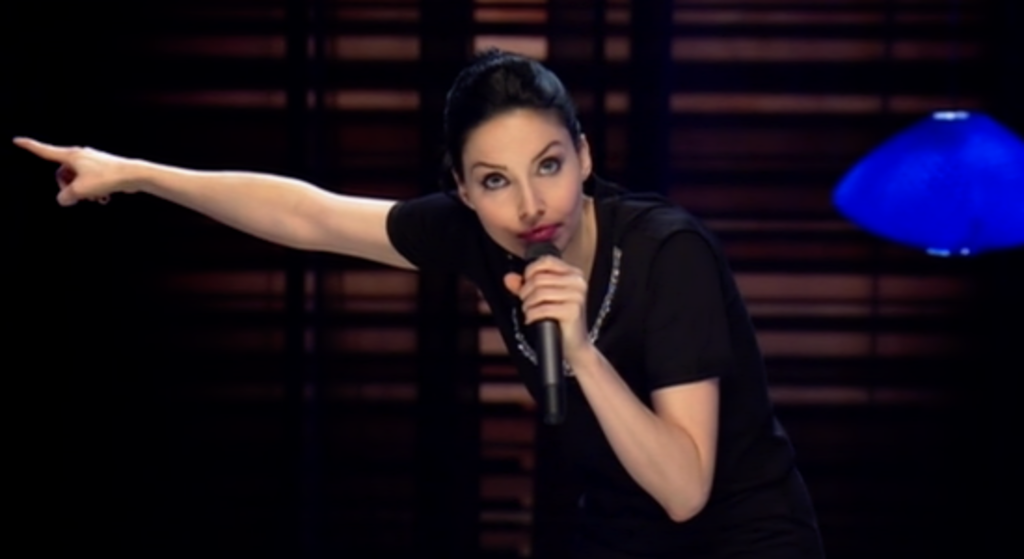 I love Whitney. I am the first to admit that her Fox show did not do her comedy genius justice. With help from another favorite comedian Chris D’Elia, the show has had minor successes. To truly understand Whitney, watch her most recent and hilarious Comedy Central special “I Love You.” Denver loves you too, Whitney. 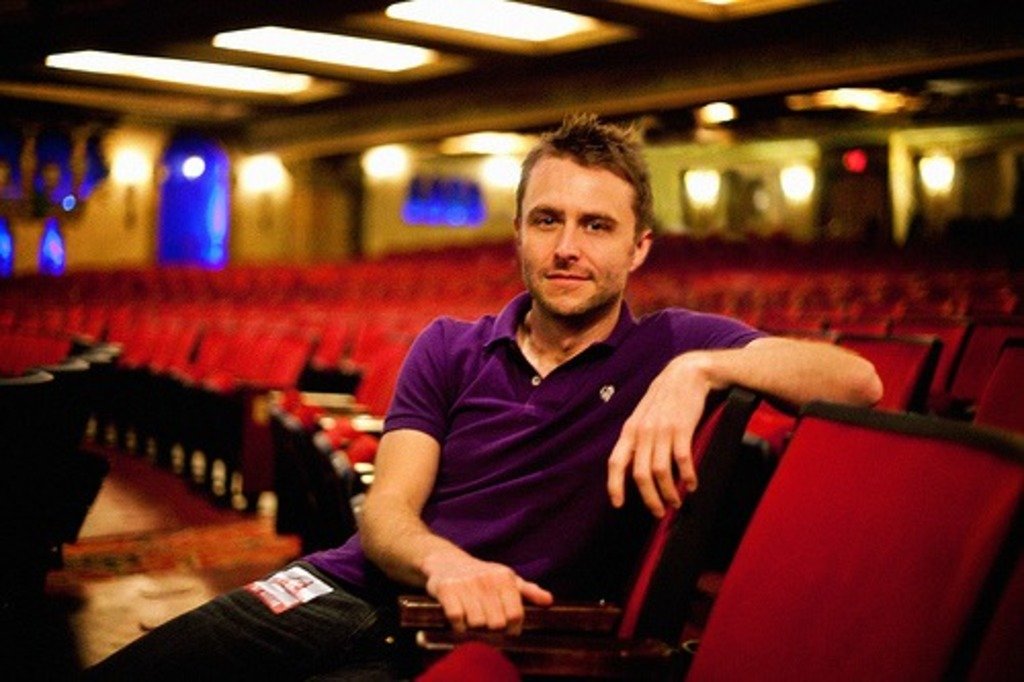 Nerdist is on fire. Along with his television shows @Midnight CC, Talking Dead, formerly Attack of the Show, and Web Soup (to name a few), Hardwick has led a huge, nerd following out from the shadows and into the light. Now straddling the line of A-B list celebrity, Hardwick is making nerds cool again. They always were. But now, they’re out of the closet. 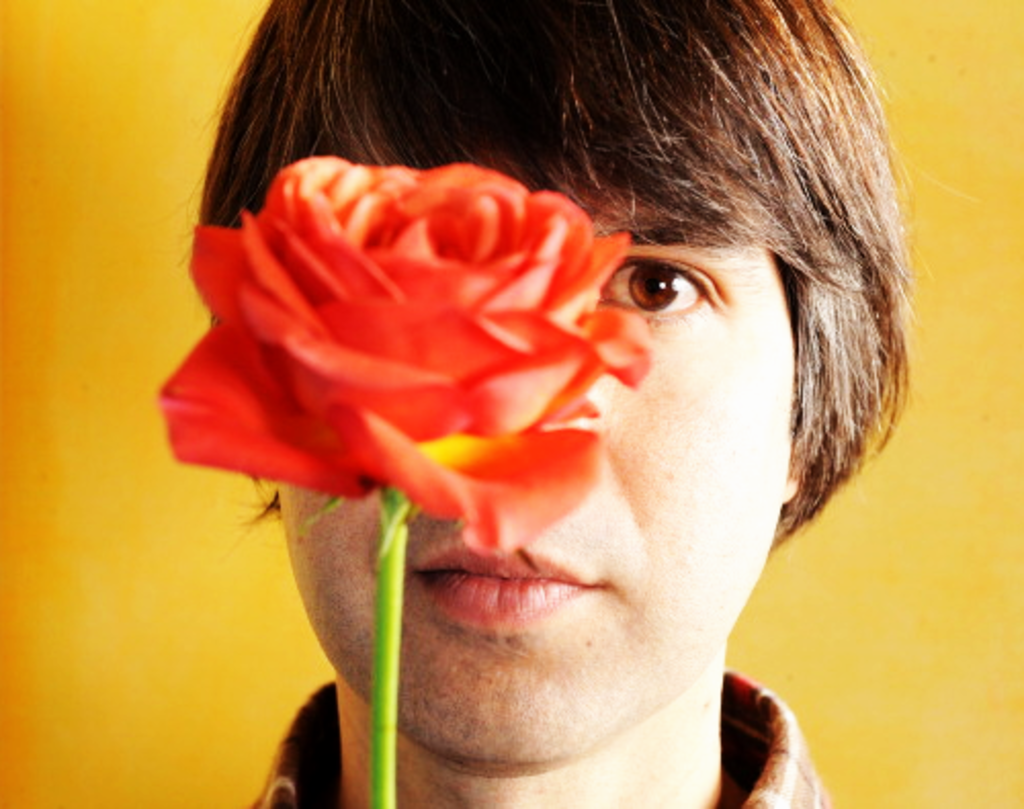 Demetri Martin is an artist, a minimalist, and a genius. He has written an entire palindrome poem, as well as invented a sneaky way for Comedy Central not to edit his bit by playing music in the background. Perfect human. He takes the audience from standup to music, to a giant notepad, incorporating bizarre props, and bizarre methods. I had a huge crush on him beginning in 2006 with his Daily Show spot Professional Important Things with Demetri Martin, even in spite of Important Things with Demetri Martin cancellation, and bizarre lead role in Taking Woodstock, his comedy and relevance continue to grow.

No offense to last years truly brilliant show, and the triumphant return of Dave Chappelle to the stage, but Red Rocks > Fiddlers Green. The lineup is so killer perhaps because of this venue Oddball secured, and is even running two stages at. This will be, truly, a bucket list experience. It is a place that inspires the best in people. Whether it be musical artists or comedians, you can see the wonder and sheer awe in their eyes as they look up to the 8,000+ crowd. As Chappelle proved earlier this season with his 41st Birthday Red Rocks standup show—this place kills it, no matter who graces the historic stage. 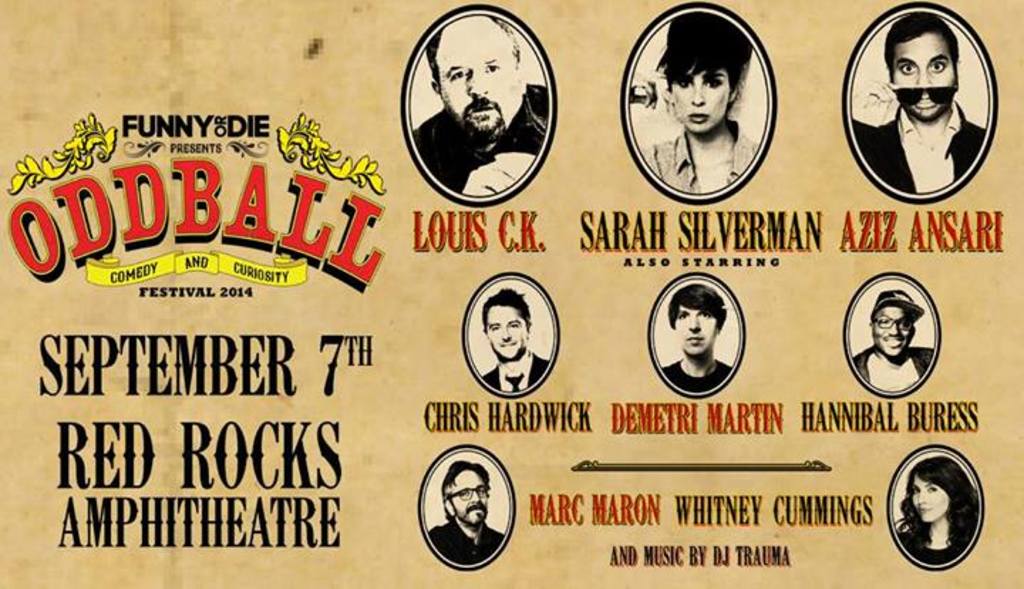