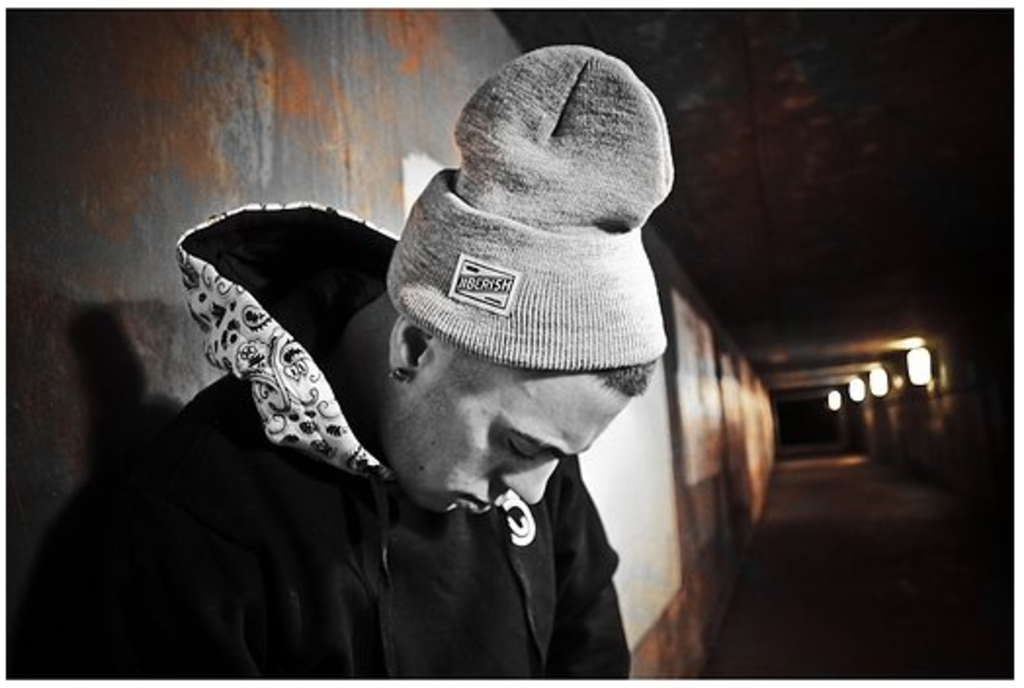 Ambition is paramount to be able to stand out in the hip-hop game, but Tommy Brown has a much bigger plan than the average hustler. The Denver-native, Italian-bred rapper is a business-minded phoenix, rising from the dust of a former name and group, into his current solo career that he is cultivating with fervor.

In the future, when one examines Tommy Brown’s musical identity, it will always be marked distinctly by this first original album, Covered in Gold 24K.

Brown’s rapping style is ferocious, sounding something like Lil Wayne in his prime, circa Tha Carter II. It is clear Tommy Brown has an appetite for achievement, and his cutthroat rhymes display that.

His first single off the album, “The Life”, is radio-ready with an accompanying video that is on par with major-label video production. “Die for It”  is another stand-out track bound to get caught in your head, with Brown’s raspy voice growling over the low-whistle background. 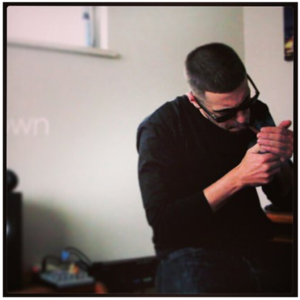 Covered in Gold 24K isn’t about the feels, it is here for the turn up. Gold’s main themes are getting paid, smoking fat, and your girl, but she’s with him.

Brown figured out what formula works for his style, and capitalized on it. Heavy trap bass and quick high-hat cymbals have Covered in Gold 24K full of lip-snarling club bangers and stimulating blunt-cruise music. When you play it, play it loud.

303’s Music Desk had the chance to call up Tommy Brown and learn more about one of Denver’s rap-game up-starts.

303: Covered in Gold 24K dropped earlier this summer, what lit the fire for wanting to release an original album? 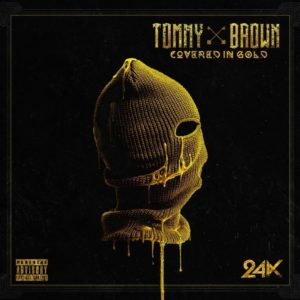 I had just been on the hunt for beats and finally found a couple good beat producers that are local cats. I keep getting plugged in with more and more producers so I will hopefully be doing more of the original stuff. I had just been so hungry to do an original album so now that it is out of the way and all the production is done, I feel so refreshed. I am so ready to do so much. I am always just looking forward onto what we can do next.

How did you come up with the name for the album?

So ‘Covered in Gold’ isn’t even supposed to be a jewelry reference, it is supposed to be a metaphor for how I approach situations. If you look back even to ancient times, gold has just always been a powerful thing. If currency ever goes out, gold will always be around, so I just look at it like, it will always have so much power to it. And what I am trying to do is make a powerful movement and do things that other people aren’t doing. So I am trying to mentally make myself ‘covered in gold’, to give myself the power to believe that this sh*t can really happen.

You have to convince yourself before anyone else.

You’re originally from Denver, so you have been around to see the music scene here evolve. What are the major changes you have noticed? 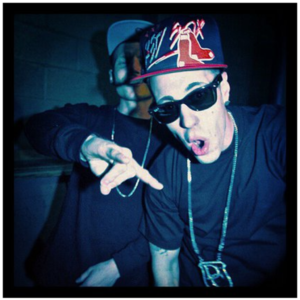 I think that it is really headed in the right path. There is so much talent now that we are slowly getting people to realize that it is more than just a local artist movement that we’re trying to do, that it is going to be big. I really feel like it is on the ups.

Denver hasn’t really been solidified with its own sound, especially in the hip hop scene. I know rock has been bigger, but as far as hip hop we haven’t really solidified that like, ‘we are out here doing this also’.

I honestly feel like the foodchain has really helped evolve the hip-hop culture here. Just local artists watching them, and see a team bring it to a more professional level than anything has been done out here.

So it has really elevated peoples game play. From the D.O.P.E Game to SQUIZZY Gang, you see a lot of people slowly making these big moves, and making them in the right direction, as opposed to a couple years back when it didn’t feel like there was any structure to any of the movements. It is slowly getting more serious and more into a business. Denver doesn’t have any Puff Daddy or Dr. Dre out here in Colorado, so there isn’t anyone to show us how it needs to be done. But it something that is being learned by Denver, so it is good to see that.

You mentioned Welcome to the D.O.P.E. Game. Tell me more about your connection with that collective.

Well I met Jeremy Pape about a year ago, he had come out to my mix tape release when I had done the Tommy Gun album, and he was just impressed with the movement. We were both talking about a few different ways we wanted to venture forward with working together. Then things went kind of south with the team I was working with at the time, and Pape just asked if I wanted to come work with them.

He said you know, we don’t have to sign any major stuff and you don’t have to run around always talking D.O.P.E. Game this and that, you can just do you. We were both like let’s just build some connections around some friends, help each other out and get to where we want to be.

Honestly, I f*ck with that. It isn’t easy to find people who just want to make something work, and don’t want to do it just for their own benefit. It was just an instant connection. A couple meetings with Jeremy Pape, and I knew that it was the team I wanted to work with.

So then for you personally, how did you get started rapping and decide that you were ready for it to be a career?

Honestly, just lately in the last few years I started really thinking like, this is possible. I started rapping just at house parties when I was young, and then bought some standard equipment, and recorded some music on that low-quality sh*t. But just building it all up in the process.

It takes a belief to really realize that this can happen.

Like how I was just talking about, the game has changed in Denver and I feel like it has really opened my eyes and made me see that this sh*t can, this sh*t is going to happen. Somebody has to be the people that are going to do it, so we all might as well keep striving.

That’s the way to look at it for sure. And you just had a show where you opened for Kevin Gates, but what else is on your plate coming up?

I got a bunch of stuff on my plate. I got a couple opportunities open up on my behalf and through the team. So there are a couple things in the process. Hopefully getting out to ATL (Atlanta) and working with a major producer out there, I can’t drop any names obviously cause nothing is in cement, but news will come soon when it is signed and sealed! But my key thing that I can leave you with in a direction that makes sense is that I want to focus now on finding major producers.

I always talk about separation, you always have to work on separation and how you can separate yourself out from the crowd. I’m always looking at what is not going on, and whatever people aren’t doing is what I want to do. I am getting my money together, and then hopefully getting some major producers behind me.

Producers are there to discover people that can make their music great, so if you catch their eye you never know where it can take you. A lot of people don’t realize that it is the producers who are blowing these guys up in the cities. It’s about the dude behind the scenes. So my lane is to get on track with some major producers, and that is what should be happening for me in these next few months.

Alright last thought, what do you have to say to the kids?

Just don’t stop! Honestly anything is possible, there is nothing you cannot do in this world. Doesn’t matter what has been done before, you can make anything happen for yourself.