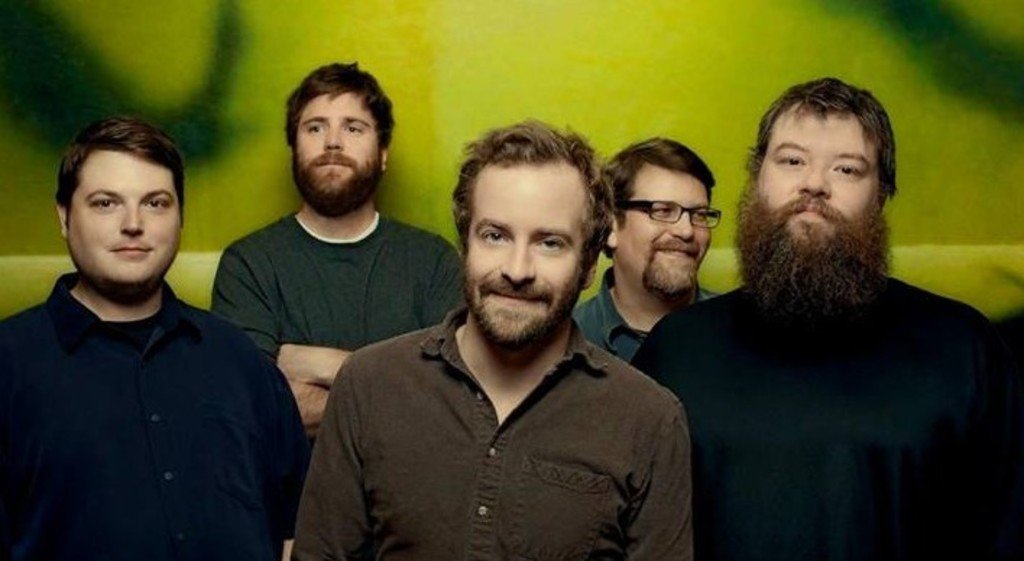 You might have seen them play on the late night circuit with performances on Conan, The Late Show with David Letterman, and the Late Late Show with Craig Ferguson, or maybe on the stages of Outside Lands, Austin City Limits, or Coachella. But no matter where they are playing, Trampled By Turtles always leaves an impression with their nimble string-picking and poetic lyricism.

This Saturday, August 16, Trampled By Turtles will be performing their first sold out, headlining performance at Red Rocks Amphitheatre. Additionally, The Devil Makes Three and Deer Tick, two folk acts that could easily fill the seats, will be providing strong opening support. Doors open for the show at 6:00 p.m.

303: Trampled By Turtles has been putting out records since 2004, but how did you guys first start jamming together?

Ryan Young: It was actually kind of random. We had all been in other bands, mostly electric bands. Some of us were in jam bands, rock bands, jazz bands, hip-hop bands even. I was in a metal band at one point. But it was random, in Duluth, Minnesota, where our mandolin player and our guitar player met. They decided to do a little acoustic side project and played at coffee shops, then they met our banjo player and he joined up. Them as a trio got the bass player to play with them. And I was the last to join, on the fiddle. But we all didn’t know each other before we started playing. It was sort of luck I guess.

Did you all intend to make bluegrass music?

It wasn’t premeditated to be what we are. It just happened by virtue of us playing acoustic guitars and banjos and fiddles and stuff. So we never really called ourselves a ‘bluegrass band’, it just ended up being bluegrass. People call us bluegrass and that makes sense, as the big umbrella you can put us under, but when we started we had not actually intended on being a bluegrass band.

In 2010 with Palomino, that album hit number one on the bluegrass and folk charts and sort of sky-rocketed you guys into recognition. How was it for that album to experience such rapid success?

It was exciting but from our perspective it wasn’t that sudden, since we had albums before that. To us, being recognized was a very gradual thing. With Palomino, it was the highest we had gotten, as far as our success. But there were three albums before that, where each had done better than before. From our perspective it was gradual, but most people found out about us during that time and with the album following that, Stars and Satellites.

So from their perspective it was like, “all of the sudden there is this band, Trampled by Turtles, that we’ve never seen before.”

It was pretty cool though.

And what about this newest album, Wild Animals, what makes it different than past releases? 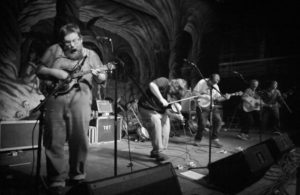 The main difference is that we employed a producer, which we have never done before. So it was somebody outside of the band to sit in on the recordings and give their two cents. This person was Alan Sparhawk, from the band Low. Low is also from Duluth, Minnesota. We all look up to him and respect him quite a bit and he is full of really great ideas. He kind of made this newest album a little bit of a different spin. At its core it is still the soul of Trampled by Turtles, for sure. There is nothing drastically different about it though you know, like we’re not a techno band all of the sudden. But there is definitely some ideas on there that we may not have come up with ourselves without Alan helping on the album. We were really happy to have him there and he did a really good job.

Well from what I saw, this is Trampled By Turtles’ first time headlining Red Rocks.

It is actually our first time ever playing Red Rocks, we’ve never gotten to perform there yet.

Really? Then what are you guys most excited for for your inaugural Red Rocks performance?

Well it hasn’t really hit me that we are playing there, at our own show, that has sold out ahead of time. That is kind of unbelievable. My brain refuses to believe it.

Are there any special bombshells you all plan to break out?

We are bringing in a string quartet to help out with four tunes, which we had done one other time before in Denver. I actually wrote out string quartet parts for four tunes and it worked out really really well before, so we are going to try that again. So we are going to take two older tunes I had wrote the part for, and then two tunes off the new record that I actually had one of the guys from DeVotchKa write some quartet parts for, and bring those out. We also have a bigger production plan as far as light and stage show stuff too, which will be pretty fun.

Seems like 2014 is an exciting year for Trampled by Turtles. You guys also have the first year of your Palomino Festival coming up in September. How did the idea to plan a festival take root?

Well it started actually many years ago. Trampled By Turtles put on a different festival called Log Jam up in Minnesota which was mostly local Minnesota bands. It was a lot of fun, but we only did it one year. So we wanted to try it again but do it on a bigger scale with some of our new friends that we’ve met since then, on more of a national and large scale scene.

After being in the national bluegrass scene for awhile and having traveled around the country with it, do you notice any stylistic differences between folk bands that originate from different regions in the US?

There definitely is. There is definitely like a Colorado and Montana sound, I’ve noticed. I can also pick out some of the sounds from the North East and New England area. And everywhere there are the clones too, the bluegrass guys who copy the old sound, that is kind of everywhere. But bands who are trying to do their own thing definitely have a style or sound that fits where they are from.

So I need to ask, where did the oxymoron of a name come from?

Well you know how sometimes people will see like the image of the Virgin Mary on something, like on a tree or some toast. Well we were making some toast and burned onto the side of the toast was a guy laying down and a turtle on top of him.

And we were like, “oh this guy is getting trampled by turtles, it is a sign from God.” So, that is how we became Trampled By Turtles.

What are three genres you feel like most influence Trampled By Turtles?

Well probably folk, and classic rock like the Rolling Stones and Neil Young and stuff like that. And the third one, I guess I’ll throw everybody a curveball and say hip-hop.

We all listen to it, and enjoy it. I’m sure the influence is in there somewhere. Like if we has never listened to it we would sound different some way. Maybe not in a way we can pinpoint, but it has definitely influenced us.

I definitely pick up on the rock influences, and even some punk-rock with the breakneck speed you guys play at sometimes.

Yea, that might actually be a better third influence cause a lot of us grew up on punk rock, myself included.

I don’t know how active you are with social media, but does it ever get confusing that the Trampled by Turtles initials happen to be the same as the Throwback Thursday hashtag?

That actually confused me for a very long time. I didn’t know! Because ‘TBT’ for eleven years for me was Trampled by Turtles, and then all of the sudden I started seeing it on a computer and it had nothing to do with Trampled by Turtles. It took me a long time to figure that out. But it’s cool, we don’t own those letters.

I always like to know what the musicians I’m listening to, are listening to. So what has been on the current playlist for you guys?

Thanks for speaking with me Ryan, good luck with Red Rocks!