Cons: Parking can be difficult at times in this neighborhood. If you’re looking for super straightforward, no-frills desserts, this isn’t the place for you. Expect classics to be abundantly updated and redone, and plenty of possibly-unfamiliar ingredients to be thrown in for good measure. 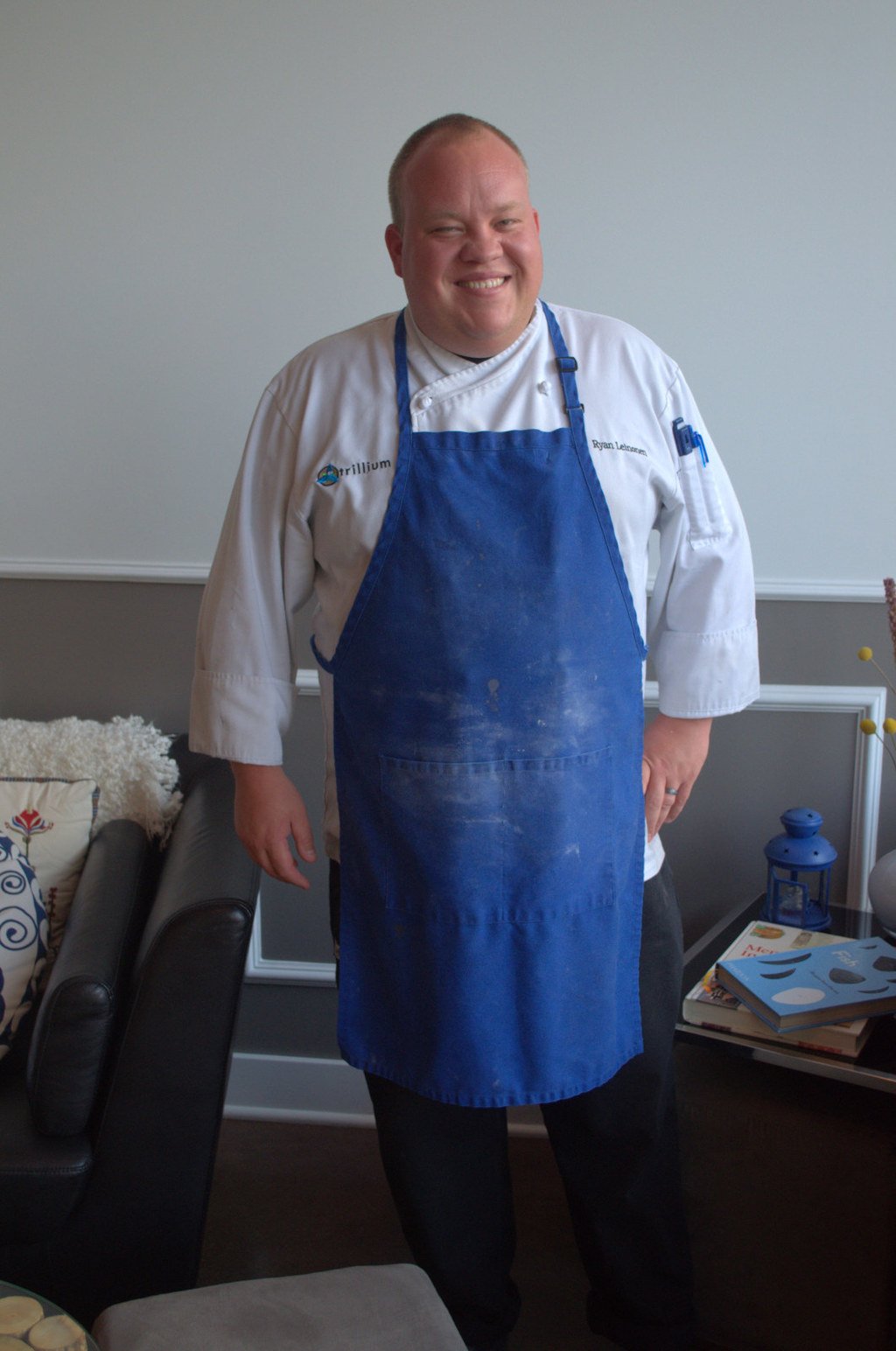 While many chefs are constantly developing new concepts and playing into the current food trend of the moment, there are some chefs out there who are simply cooking food from the heart. Ryan Leinonen, the chef/owner of Trillium, and pastry chef Kendall Mathews, are both the latter type of chef.

Though Scandinavian food reached the height of its popularity a few years ago, (when Copenhagen’s Noma won best restaurant in the world and Ikea came to Denver) Trillium, Denver’s only dedicated Scandinavian restaurant, is not just riding the wave of a fad. Leinonen grew up in Michigan with a Finnish grandmother, and his wife is Swedish. He cites memories of his grandmother’s cooking as the catalyst for his career. Leinonen has worked in professional kitchens since he started washing dishes at fifteen, and his impressive resume includes Q’s, The Kitchen, and Colt and Gray, to name a few. A trip to Sweden and Finland a few years ago was what really inspired him to open Trillium and to focus the menu on Scandinavian flavors and preparations.
It seems that Denver has welcomed Lieonen’s “Scandinavian inspired- American food” to the Ballpark neighborhood. The seasonally-evolving menu boasts carefully sourced ingredients and local, organic produce. Much of his freshwater fish is flown in daily from the Great Lakes region. The restaurant distills and infuses their own Aquavit and cures all of their fish.
The focus on impeccable ingredients is important in Leinonen’s food, where dishes tend to be minimalistic and uncomplicated, letting ingredients speak for themselves. He will be cooking at the James Beard house in New York this November, but at Trillium, Leinonen strives to be approachable for the diverse clientele in the Ballpark neighborhood. Leinonen emphasizes that Trillium does not claim to be an authentic Scandinavian restaurant, but rather a marriage of American and Scandinavian flavors. The happy hour menu caters to Rockies fans looking for a bite to eat and some drinks before the game, yet the sophisticated menu is also fitting for a more upscale dining experience. 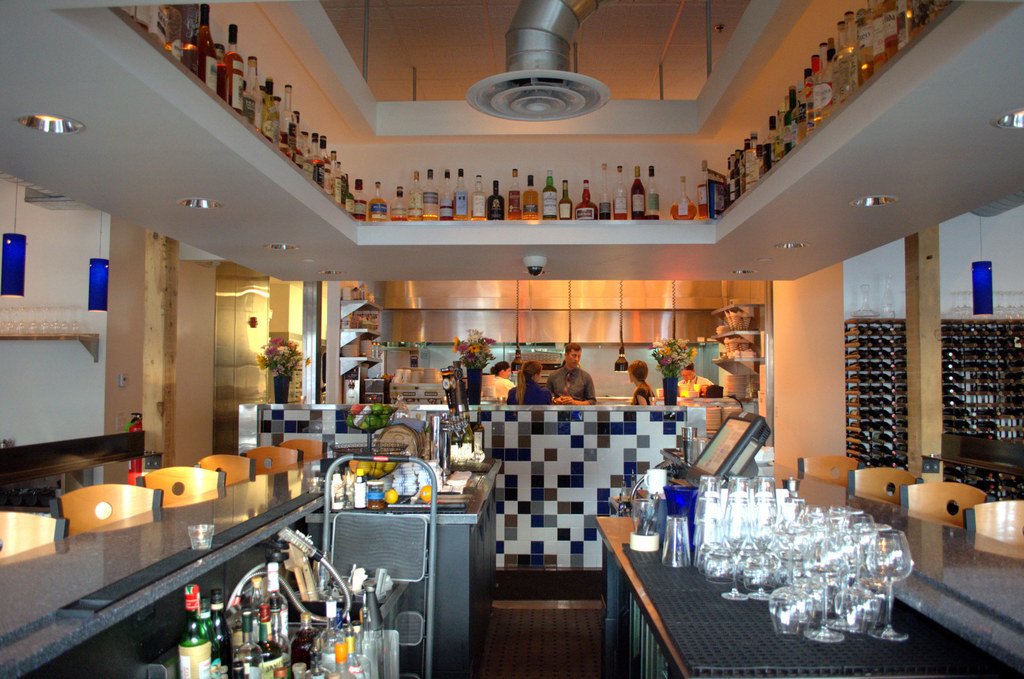 The space itself is a nice balance of warm and cool: snowy white walls contrast with the warm exposed brick, and the contained fireplace and wood tables feel cozy despite the airy, modern light fixtures. The fire almost makes me wish for winter, when the soul-warming Scandinavian food and hot French-pressed cocktails would pair perfectly with the falling snow. That being said, both the dinner and dessert menu are bursting with Colorado’s summer harvest of flavors. 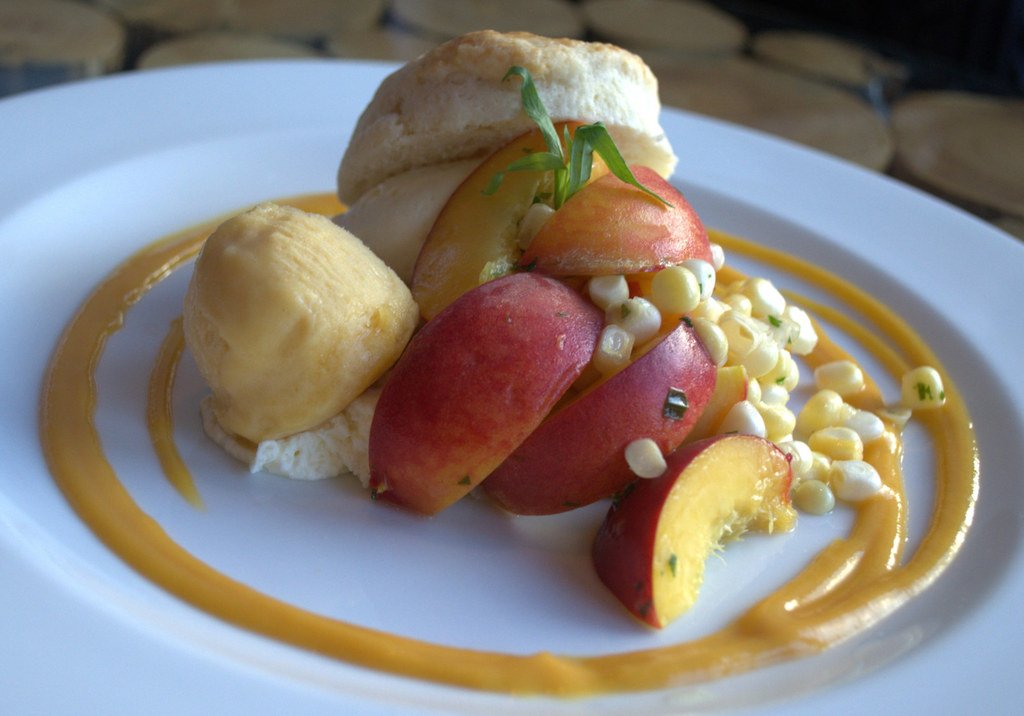 Dessert at Trillium is the realm of pastry chef Kendall Mathews, a Wisconsin native and D Bar alum. Mathews and Leinonen share a similar approach to cooking, drawing from memories and experiences to tell a sincere story with the food they present. A perfect example of this that I sampled on a recent visit was “Boompa’s” Swedish Pancakes (Boompa refer’s to Leinonen’s wife’s grandfather, the recipe’s originator). The minimalist dish includes soft, pillowy white pancakes with a texture like mochi, served with Alpine berry ice cream and plenty of pistachios for crunch. I appreciated that this dish wasn’t too sweet, and also the uniqueness of it. The creamy house made berry ice cream kept this dish from feeling like breakfast, and the elegant presentation made a beloved family dish fine-dining worthy.
The next dish I tried was a brand new summer dessert Mathews had just created, a peach and corn shortcake. The vanilla shortcake is filled with Colorado Palisade peaches and sweet corn whipped cream. A refreshing peach-tarragon sorbet is served alongside, and the plate is finished with a drizzle of bourbon peach gastrique. This farm-fresh dish is summer on a plate, the perfect light ending to a meal. My only complaint was that this dessert was not quite sweet enough, though that may have been because I sampled the dish with some very early season peaches. While the sweet corn and peaches gave the dish some natural sweetness, the shortbread itself could have actually used a bit more sugar.
One of Mathews’ most creative dishes was the toasted marshmallow chocolate cake, featuring her crunchy house made graham cracker sables, a slick of bright orange marmalade, and most intriguing, a smoked chocolate cream, a nod to the beloved Scandinavian practice of cold-smoking. This homage to the campfire favorite, the s’more, had interesting textures and the bold smoked chocolate cream was unlike anything I’ve ever had before. As with everything at Trillium, presentation was second to none. 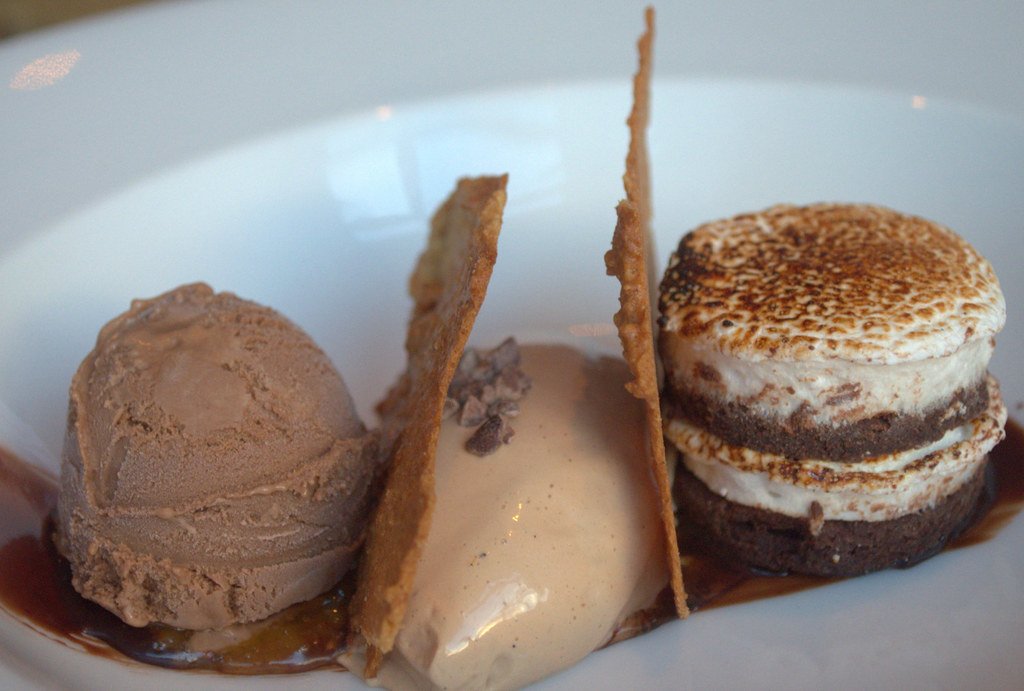 Mathews loves her craft and obviously puts her heart into her desserts, as each one speaks to a memory or story. It’s the sort of love you can taste that put’s a smile on your face. It’s clear that for the team at Trillium, food is a labor of love and passion, something to evoke emotion and make you feel cared-for and satisfied. If you haven’t tried Trillium’s exciting Scandinavian flavors yet, I would highly recommend it for the upcoming late-August restaurant week, although you’d better hurry, as almost all of the spots are already full.