The Culture: Where is Hip-hop Going? 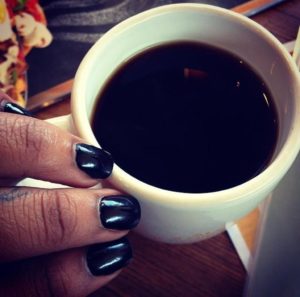 A wise man once said on arguably one of the greatest rap albums of all time, “people be asking me all the time, what’s gonna happen with hip-hop. I tell them, whatever happens with hip-hop is what’s happening with us.” Yup, your muscle memory serves you correctly, that’s the imitable Mos Def on “Fear Not of Man” from the Black on Both Sides album. That sentiment always stuck with me and far surpassed the guidelines of “real hip-hop” and “detrimental rap.”

See, I’ve always been a purveyor of the culture. Not only an avid fan of the music (ask me to recite any song off of Stillmatic), I live and breathe the lifestyle of hip-hop. I wear dark lipstick and big bamboo earrings, my speech is peppered with rap slang and the remnants of whatever song I just had banging through the speakers. I think Nas is the greatest thing to walk this earth (issues with his fact checking in his rhymes be damned).

Every year that I’m asked to write a highly anticipated rap album column at the top of the year, I’ll name Detox until Dr. Dre himself asks me not to. I have forgiven Jay Electronica more times than you about that oft-delayed forthcoming album, and I have a tattoo of Biggie’s face on my right arm.

Since I began writing about hip-hop music for Denver’s Westword in 2009, I’ve ushered numerous artists and their projects through the media spectrum in the Mile High City. I’ve taken more ill comments to the face than many of you will ever receive in your life. I listen to about 50 local rap songs a week (on an easy week) and if Kanye West spits on a bitch, I will stop whatever I’m doing to cover that breaking news for the writing day job. That’s what happens when you create a space to affect change in an environment you love.

I have an opinion. One I am asked to share in all variety of ways. Sometimes it’s in the grocery store, in the library, when I’m out having a drink with friends, in the nail salon, you name it. I do not take this leadership required of me for granted, I really don’t. Sure, I have taken a break to focus on other aspects of my creative stamina but, who doesn’t? As evidenced by the numerous conversations I’ve had with those of you who have been assertive enough to bring it to me, my opinion has not been as available as you’d like.

To that end, they say, “if you build it, they will come.” Thanks to our friends at Cold Crush, we have the opportunity to open the conversation face to face in a first Hip-hop Town Hall Meeting. All are welcome, artists, writers, venue owners, musicians, etc. There are only two rules; 1) no animosity. Love doesn’t grow where anger exists. We know this. And 2) No yelling. You have to use your C-Span voice because you know what? We’re all grown here and yelling is obnoxious.

If you are a hip-hop artist, you can bring down one song to be played over the loudspeakers after the conversation for the crowd. We’re ready to test the foundation of creativity moving through this city. Please join us on July 31st at Cold Crush at 5pm. The conversation will be facilitated by Denver’s own Mike Wird. Bring your opinion, and your open heart, and let’s do this for the culture.