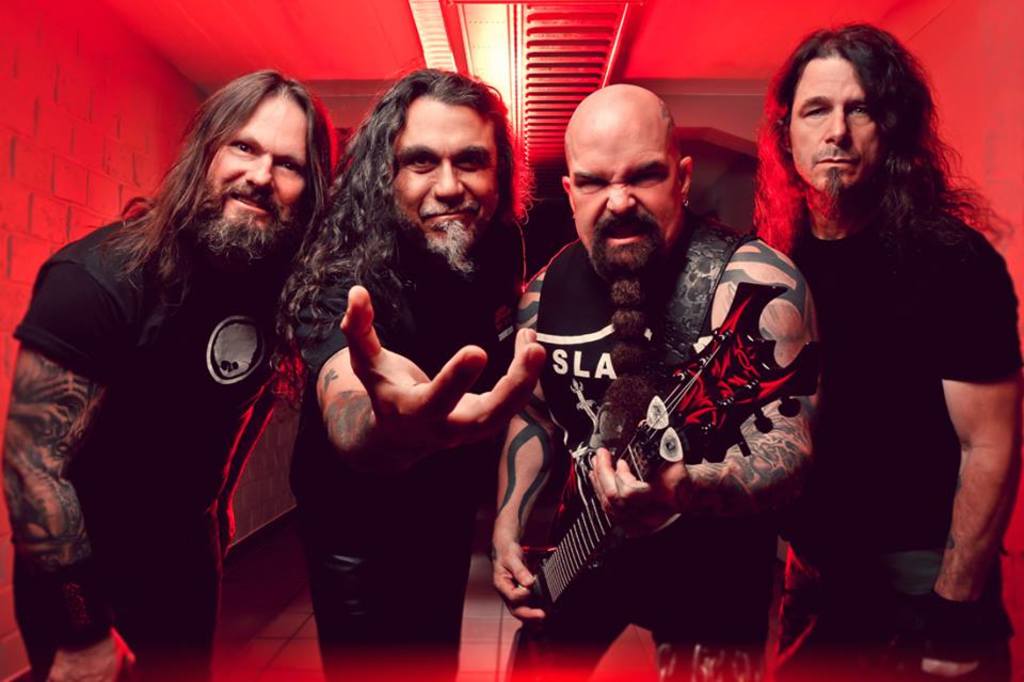 SOLD OUT Slayer: Live at The Fillmore

The line was wrapped all the way around the building on Saturday, May 10th. I was used to seeing a line outside the Fillmore, since I live a block away, but usually, the line consists of teens waiting to see Fall Out Boy, not the lumbering bunch of metalheads that lined the streets today. Even though I was just blocks from my apartment, and I had  a press ticket, I still had to wait in the massive line with everyone else. I was overwhelmed by the sheer amount of people at this show; it seemed like everyone from the Four Corners was here to see this epic tour, consisting of thrash legends Exodus, Suicidal Tendencies, and Slayer.

I was contemplating all this in the giant line, but mostly, I was wishing it wouldn’t rain, and hoping things would move along. Once my husband and I got up to the front, I was patted down, had my bag searched, and headed in. Once we got in, I was a bit shocked and appalled to realize that we had missed Exodus, even though we showed up at seven, half an hour before they were supposed to take the stage. It wasn’t anyone’s fault, the line was just so damn long. We were also a little shocked to see that there was no re-entry; it totally made sense, since it was such a big show, but we were banking on getting to walk the one block home if we wanted to. Still, there were only two bands left for the night, so we settled in to watch Suicidal Tendencies.

While these guys are getting old and it shows (they seemed a little out of breath during their songs, and some of their lyrics are just plain silly 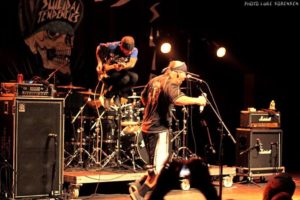 now that they are in their forties, at least), they still put on a good show. They had a lot of energy, and played classics like “Suicyco Muthafucka” and “I Saw Your Mommy.” After they played, we got in line to grab some five dollar, twelve ounce Agave Nectar beers (for some reason these were cheaper than the non-craft beers, which were being sold in eleven dollar cans), and geared up to watch the main attraction.

It goes without saying that Slayer put on a great show. Their stage show consisted of giant, glowing inverted crosses, and they were brimming with energy and played a very tight set, despite the fact that Tom Araya now has some trouble hitting the super-high notes. They surprised everyone by playing some of their more underground songs, and Araya went off on a rant about how beautiful the day had been and how he had visited a dispensary earlier; he had no doubt partaken of what he bought at that dispensary before the show.

All in all, it was exactly the good time one would expect from a Slayer show. I wasn’t a huge fan of the giant line, the crowded venue, and the no reentry policy, but with a show this big in the Southwest, these things undoubtedly come with the territory. I don’t know if as a non-press member I would have paid upwards of $100 for the show, but I would certainly love to check out all these bands again, and maybe next time I will actually get to catch Exodus.