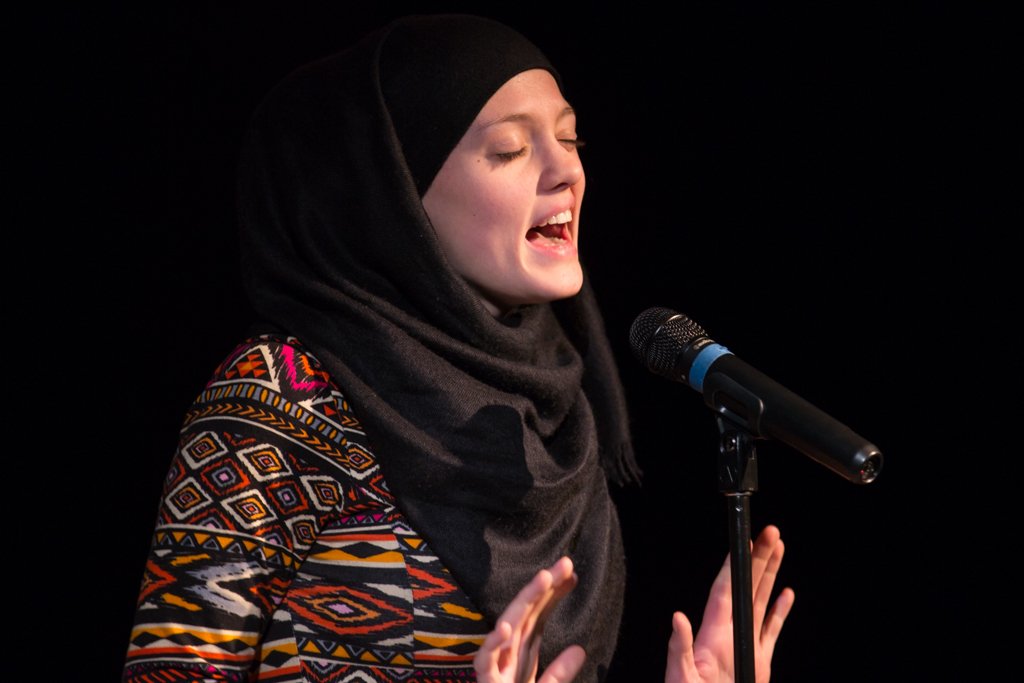 Amal Kassir, 18-year-old poet who led Denver’s youth slam team to win the Brave New Voices Grand Slam Final in 2012, tells of her rising fame among Colorado poets and her flair for activism that’s gaining international distinction. A Denver-native and – impressively – a junior at Denver University, Kassir shares how she combined art, culture and justice into spoken word as she takes her talent world-wide. 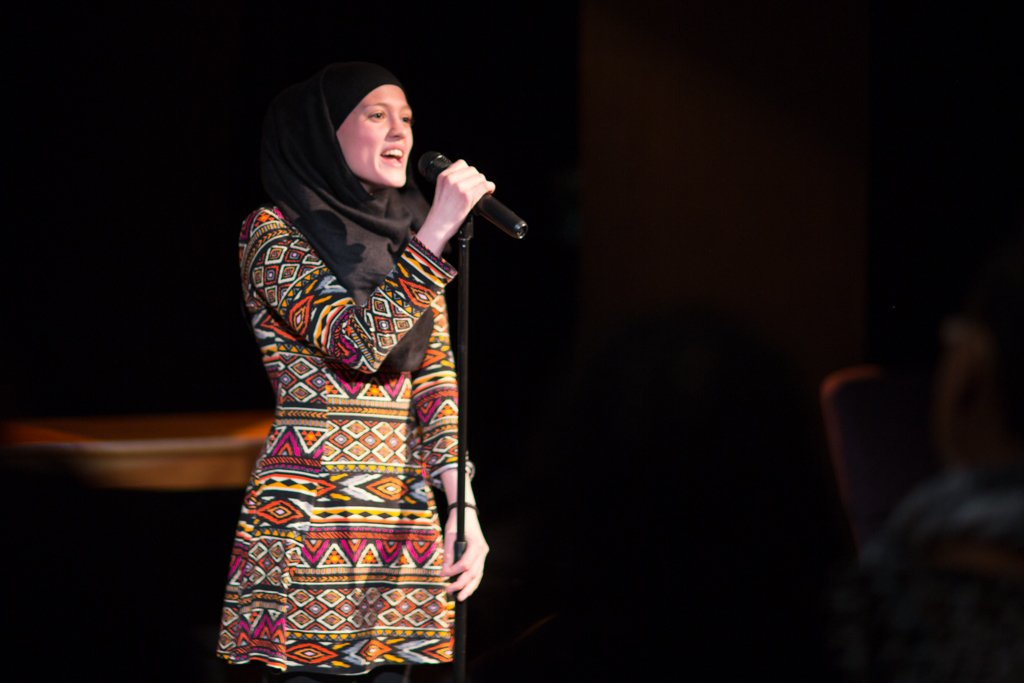 While watching news coverage of political turmoil between Gazah and Israel, she noticed the conflicting messages across various news broadcasts. “To see the complete different stories being given out really really aggravated me,” Kassir says, which led to her three-minute poetic rant that she memorized and performed at Slam Nuba‘s school series when they came to her high school. “People could feel it and get it,” she says.

“I saw that I could inspire people. It made me write more.”

Eventually she became acquainted with more poets, started some creative writing classes at school, and continued to compete in slam poetry readings.

At age seven her family moved to Syria in order to familiarize themselves with their father’s roots. “We were very identity based. My family always wanted us to know who we are. They didn’t tell us who we were, they wanted us to find it out and then embrace it.” She spent much time with her grandmother on their farm and discovered the power of storytelling.

“We’d mostly hear stories [from my grandmother] about the prophets, like religious stories, you know about Moses and Abraham. We grew up on those stories,” says Kassir when reflecting on her growing years where they learned Arabic and how to barter in the markets. Her summers spent picking lemons and blackberries on the farm inevitably shaped her content.

“In Syria when you sat down to eat, you spent a few hours with the family, and then there was tea, and then there was dessert,” she says. The importance of family and food stuck. As she returned to the US three years later to an individualistic culture she turned to poetry to somehow combine the two cultures. “Once you do find yourself in the midst of it all, you can really discover quite a bit about what you’re capable of doing.” 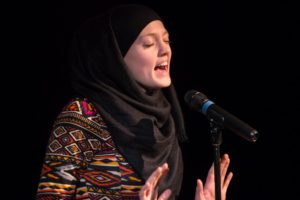 “I write for the people who cannot write for themselves,” she says that her coach inspired her to be the voice of the voiceless. “You realize you can’t just go up on stage with nothing to say. You really have to represent people.”

Syria is what she writes about because “they’ve become so lost,” she says. “The amount of artillery the two rebel fractions (the Free Syrian Army and ISIS) used to fight each other was enough to liberate an entire city from the regime.”

With the ongoing conflict affecting her family daily, Kassir feels like this is what she can do.

“At the end of the day, it is the stories we share that are most successful in teaching us the lessons we need to hear. Any words that I share have the power to teach people.”

“We are so weak. We get so comfortable sometimes and the second we are challenged we don’t know what to do. On Facebook someone posted an article about something which I read and found it had no legitimate basis or historical accuracy. When I approached them about it, they had nothing to say on it–there was no background knowledge,” she says, finding that aligning her actions with the truth is what makes her courageous.

“So often we are told how to feel, how to think, what’s politically correct – not okay.”

Another thing she noticed is “when you give someone goosebumps, their entire life has been altered. When someone is listening to you and their body physically reacts to what you are saying, that is irreversible. People are moved and I think that I am screaming at apathy until it hides under the table. I guess being fed up from the world you just break sometimes. And I guess when I’m up on the stage, I just break.” 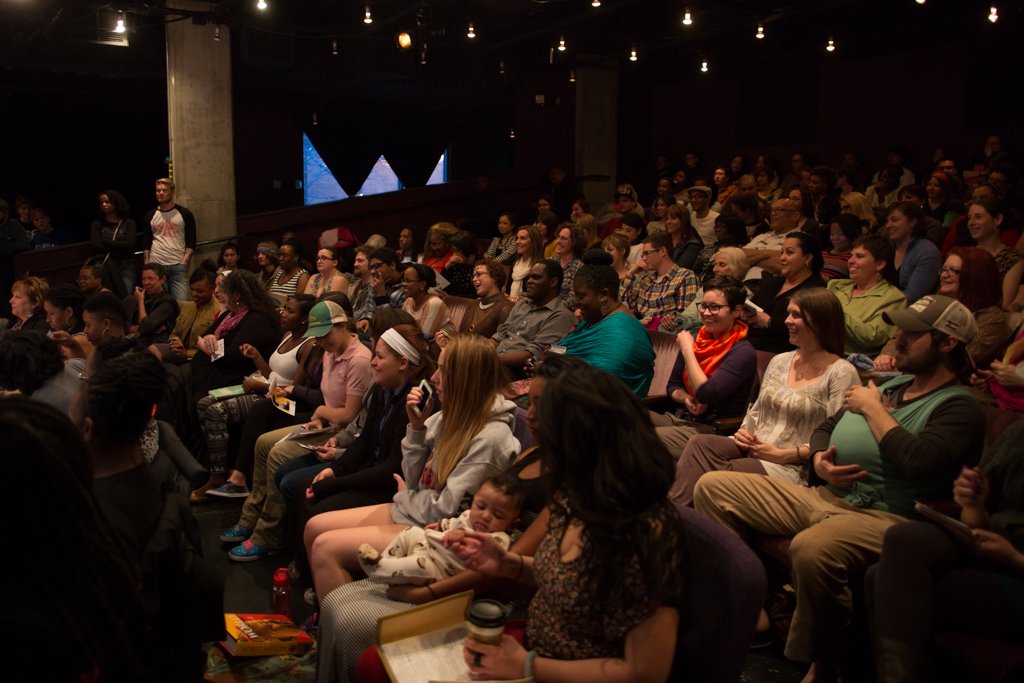 What do you suggest for the people of Denver to do?

“It’s hard to find time to care about the rest of the world,” she admits. “When it comes down to it, I’m suburbia white girl, more American than I am Syrian.” However, she says, “We have something that most cultures don’t have. The culture we have is rich. It is valuable. We are progressing. Gay marriage and marijuana are both legalized, and that says something about the kind of population we have—in the sense that we are moving forward with the way that we are viewing things. We are not afraid of things anymore. We’re opening our arms to different cultures. We’re in a position that makes it an obligation for us to be powerful and for us to be leaders.

“Whether or not we lead, we must think like leaders. We must recognize that we have it better off than most people in the world. We can speak without having our lives threatened. We have glorious mountains and beautiful sunsets. We have stages, and we have a freedom that most people wish that they had. Just know that. And from there, you can be the person that someone who isn’t Coloradian will be jealous of.” 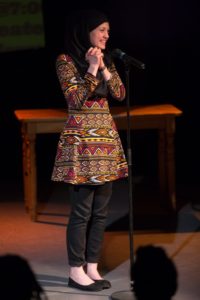 Amal Kassir is about to begin her international tour, hitting 70 universities in the US, with performances lined up in Australia, the UK, Canada and Amsterdam. She hopes to raise $100,000 for her organization, Project More Than Metaphors, which will provide sustainable education programs for refugee and displaced children from Syria.