Red Bull’s innovative Canvas Cooler project came to Denver Wednesday, May 14th.  The goal: To curate custom and exceptional pieces of art from the best local artists all over the country. Red Bull picked Denver as one of 8 cities for the 2014 Canvas Cooler project, giving the spotlight to some amazing local Colorado artists. The talent was unbelievable. Running around the country from March 1st to the end of the year, Red Bull is celebrating functional art with a twist. Here are some of my favorite pieces, including the winners of the Denver Canvas Cooler project. 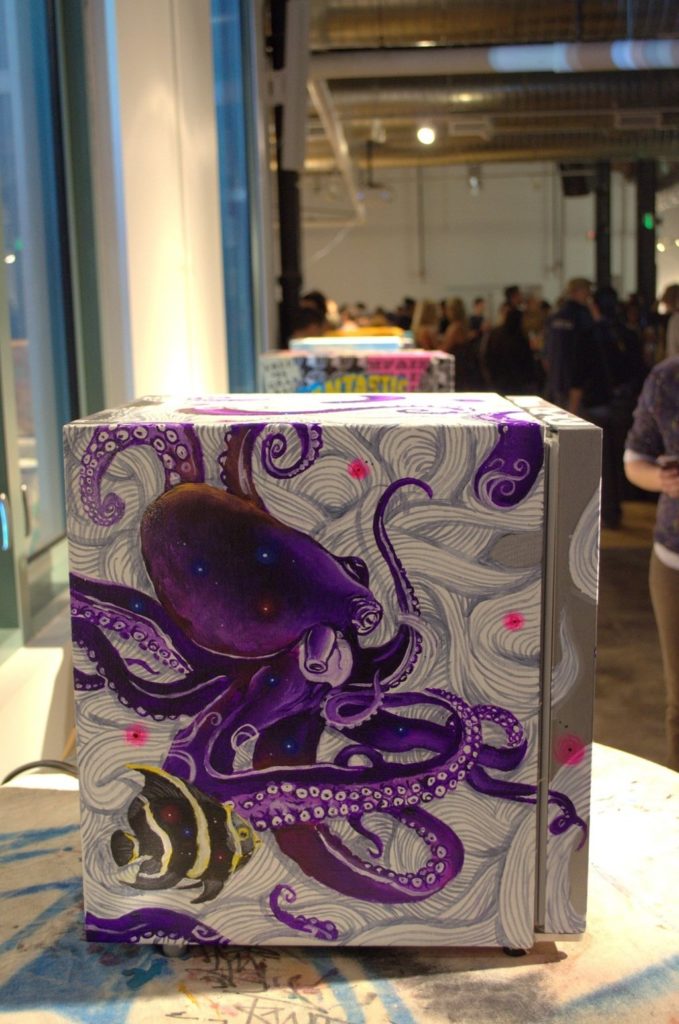 20 local Denver artists battled it out for a chance to send their cooler to SCOPE at Art Basel. Artists of the twenty included Chirs Haven, Gamma Acosta, Jaime Molina, Mario Zoots, Chris Huth, Sandra Fettingis, Yiannis Bellis, Tara Schon, Delton Demarest, Emily Dwan, Bimmer Torres, Jason Thiekle and more. The masterpieces were unveiled to the public in a one-nigh- only exhibition at the McNichols Building where gallery goers and a panel of judges voted for their favorite pieces. Although it was a close call, only two artists were invited to exhibit at Art Basel. Jaime Molina and Mario Zoots took away the grand prizes! Both are exceptional artists and visceral standouts in the community. 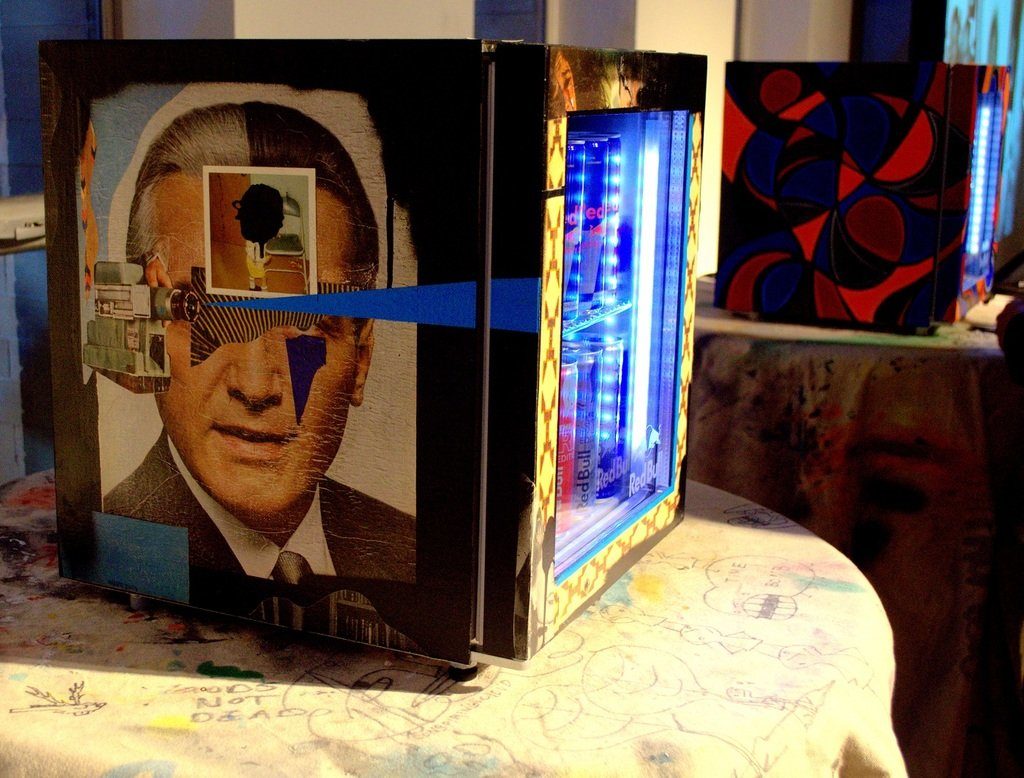 People’s Choice awards went to Emily Dwan and Gamma Acosta, one of whom can even potentially join Zoots and Molina at SCOPE after a social-media showdown open to selected artists from the eight cities. While some argued the event was a popularity contest, I couldn’t disagree more. All of the artists really brought their point of view to the coolers and it was a close call, but by no means was it a popularity contest.

Jaime Molina used his classic, folk-meets-urban essence on a Cutty for his cooler. It just so happened to be his birthday the next day, so the win was an early gift. Getting recognition on a national scale, and an overwhelmingly positive response, Jaime Molina is on the  up and up. Just like his city.

It’s no surprise that among the amazing talent that competed, Mario Zoots was the second winner of the cooler project. His personalized and unique style was a standout among artists in the competition. I love the layered complexities and surreal aspects of the cooler. Truly a functional piece of art worth celebrating.

Read more about the amazing Red Bull Canvas Cooler project and its mission here. Follow 303 Magazine on Instagram for the best local art all year long!