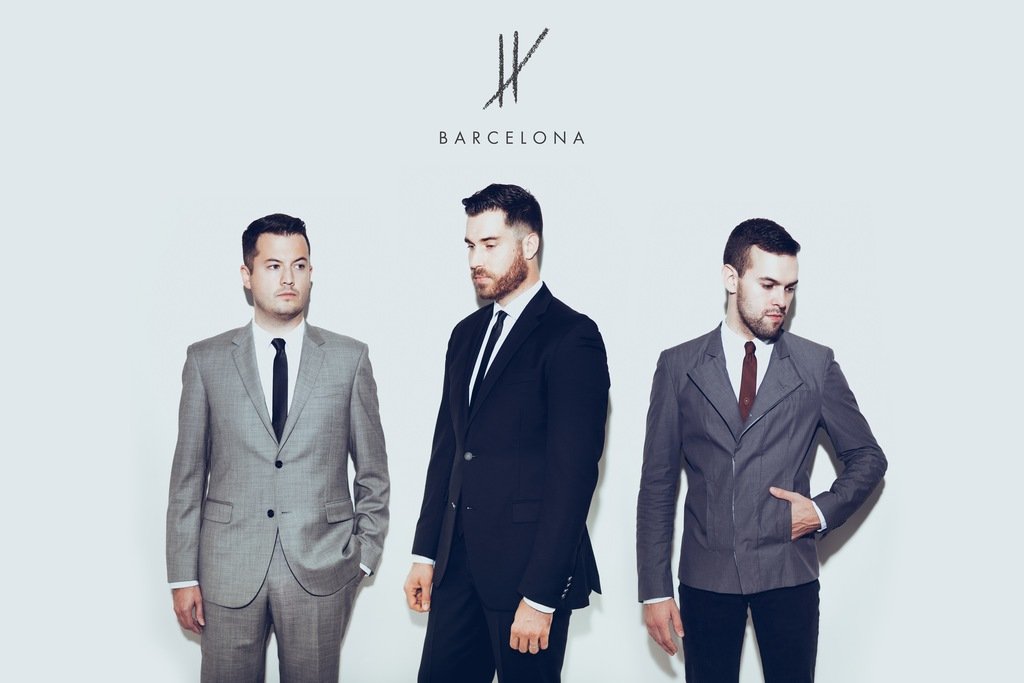 Barcelona, a soulful and melodic up-and-coming band from Seattle, will be joining The Fray on a huge two-month arena tour this summer, hitting Red Rocks on June 8th. This dynamic trio is on tour to promote their incredible three part EP series, which has been collectively titled, The Melodrama. This amazing new album is a departure from the harmonious piano-based indie rock songs that the band has become known for. Singer/songwriter Brian Fennell shared his thoughts about the new sonic vision the band has:

“We were exploring new territory with new instruments, which kind of felt like moving to a new country for a year without really knowing the language and just jumping in. At times, it made me laugh uncontrollably because we would have never made music like this five or even three years ago. It showed me how seriously to not take myself or the band.”

The album shifts in tone throughout the three distinct sections of the album called Love Me, Love You and Know Love, respectively. Each portion of the album reflects upon different aspects of life and love, and this can be clearly heard in the music. Barcelona hits points all across the spectrum, creating songs with soothing melodies and soft vocals to pop anthems with a faster beat. Fennell described in his own words the feel of this new album and the direction the music is taking Barcelona:

“Relationships are probably the biggest influence for our music. The first EP depicts a frantic, insecure, sexually hungry, jealous, truly masculine man. It’s upbeat, dark, fun (at times), and catchy. The second EP involves more of the sexy, confident, and calm side of giving and receiving love. It might not always be realistic or helpful, but it’s sincere and powerful. The third EP is a mix between the two, it has moments of confidence, pride, and vulnerability.”

Don’t miss Barcelona perform live at Red Rocks with The Fray on June 8th, 2014 at 7:30 PM. Tickets can be purchased at www.redrocksonline.com or www.axs.com for $45 before taxes and service fees. You can check out more about Barcelona on Facebook, SoundCloud and at their website www.wearebarcelona.com.