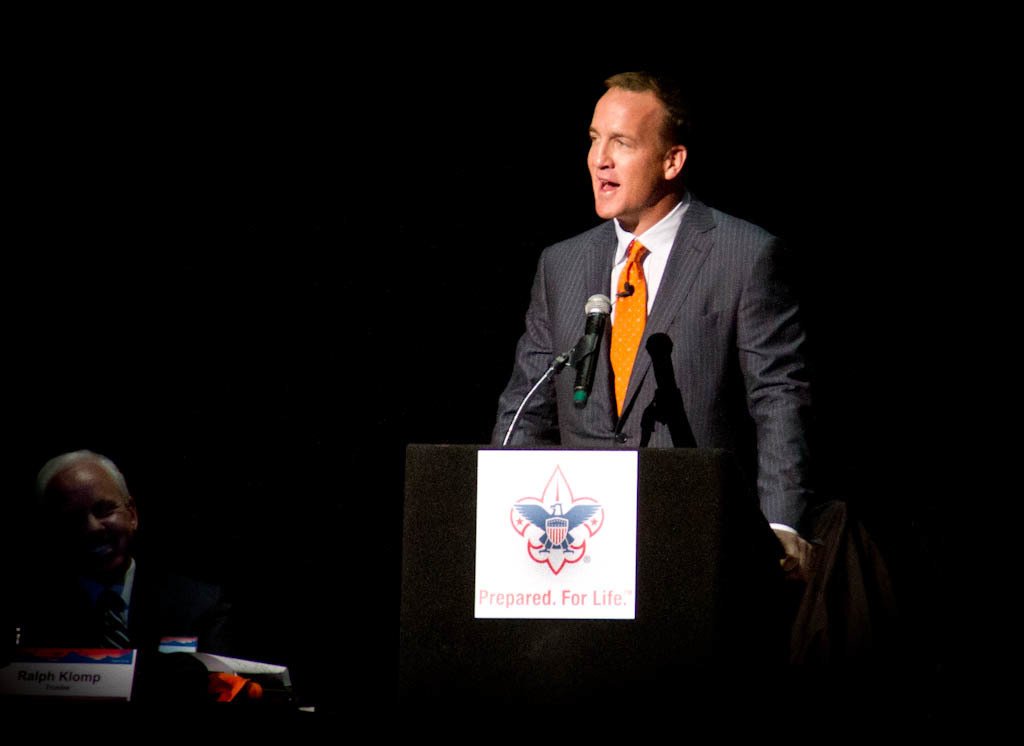 lTrustworthy, loyal, brave and helpful. These are all attributes called upon in the Boy Scouts of America’s Scout Law. They are also, coincidentally, words that many Broncos fans would use to describe quarterback Peyton Manning. Speaking publicly for the first time since the Super Bowl, Manning took to the Pepsi Center podium as the Keynote Speaker at Monday’s 38th Annual Sports Breakfast, benefitting The Boy Scouts Denver Area Council. 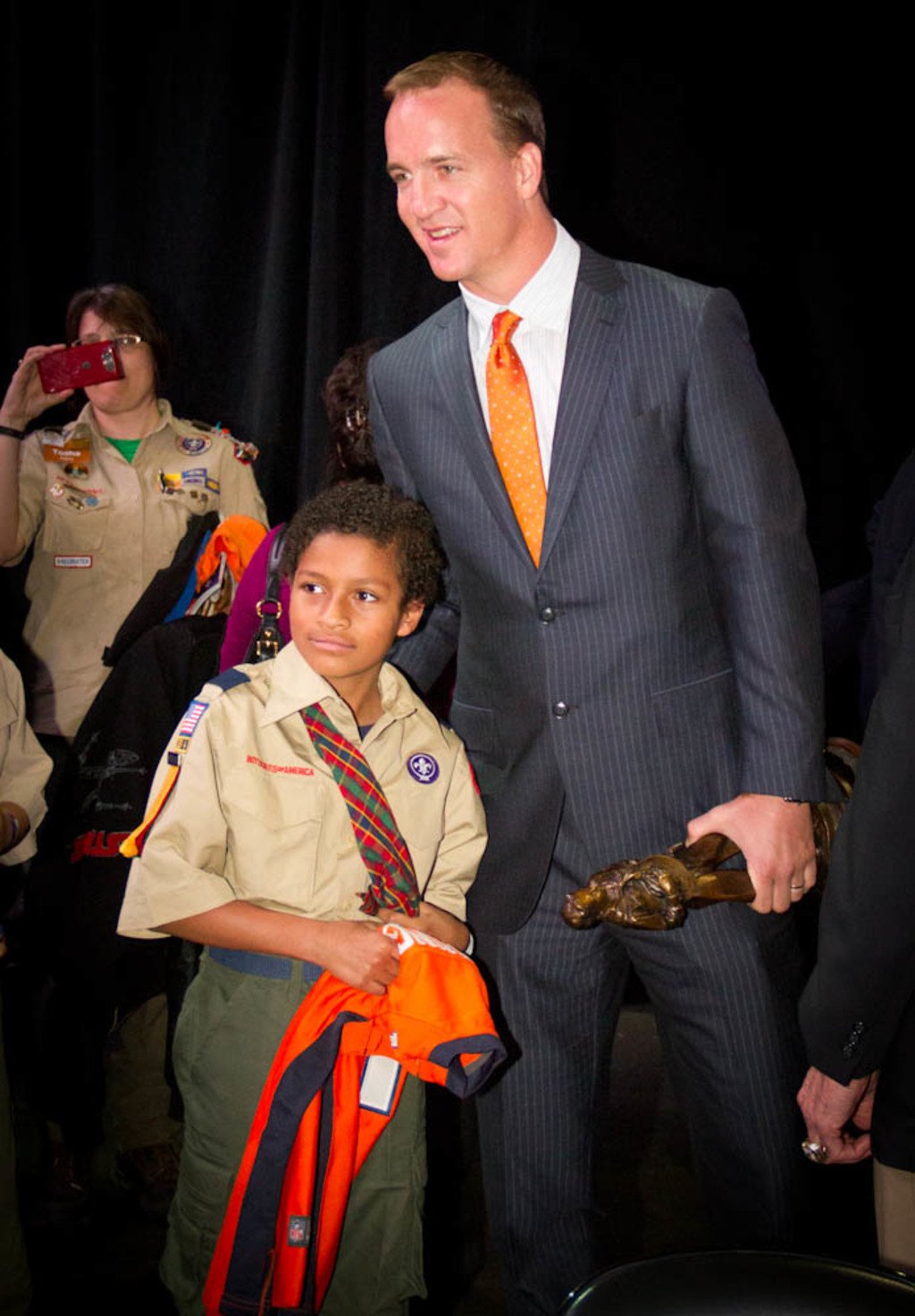 Although Manning admitted that he never was a Boy Scout himself, the principles that they teach are the same ones he uses as a leader on the football field.

“I don’t know of any time in my life when the Boy Scouts focus on values and building a more conscientious, responsible, and productive society is as needed as it is today” Manning said during his speech.

True to form, Manning incorporated his trademark ability bring laughter to any crowd with an insiders account on his first time in college going into the starting huddle as the quarterback:

I remembered something as I was jogging into the huddle that my dad had told me. He said, “Son if you ever get into the starting huddle at any point in the season — it may be in practice or in the fourth quarter of a blowout, it doesn’t matter, you have to be the leader and take control of that huddle.” Well, my team is down 21-0 at this point — the team was not in a real good mood. But I went into that huddle and said, “Guys, I know I am just a freshman, but I can take us down the field right now and get us a touchdown and get us back in this game.” Our left tackle — a guy about 6’5″ 330 pounds, grabbed me by the shoulder and said, “Hey freshman, shut the *blank* up and just call the *blanking* play.” And I said, “Yes sir.” Real great advice from my dad.

Who doesn’t love when #PFM goes a little rogue? 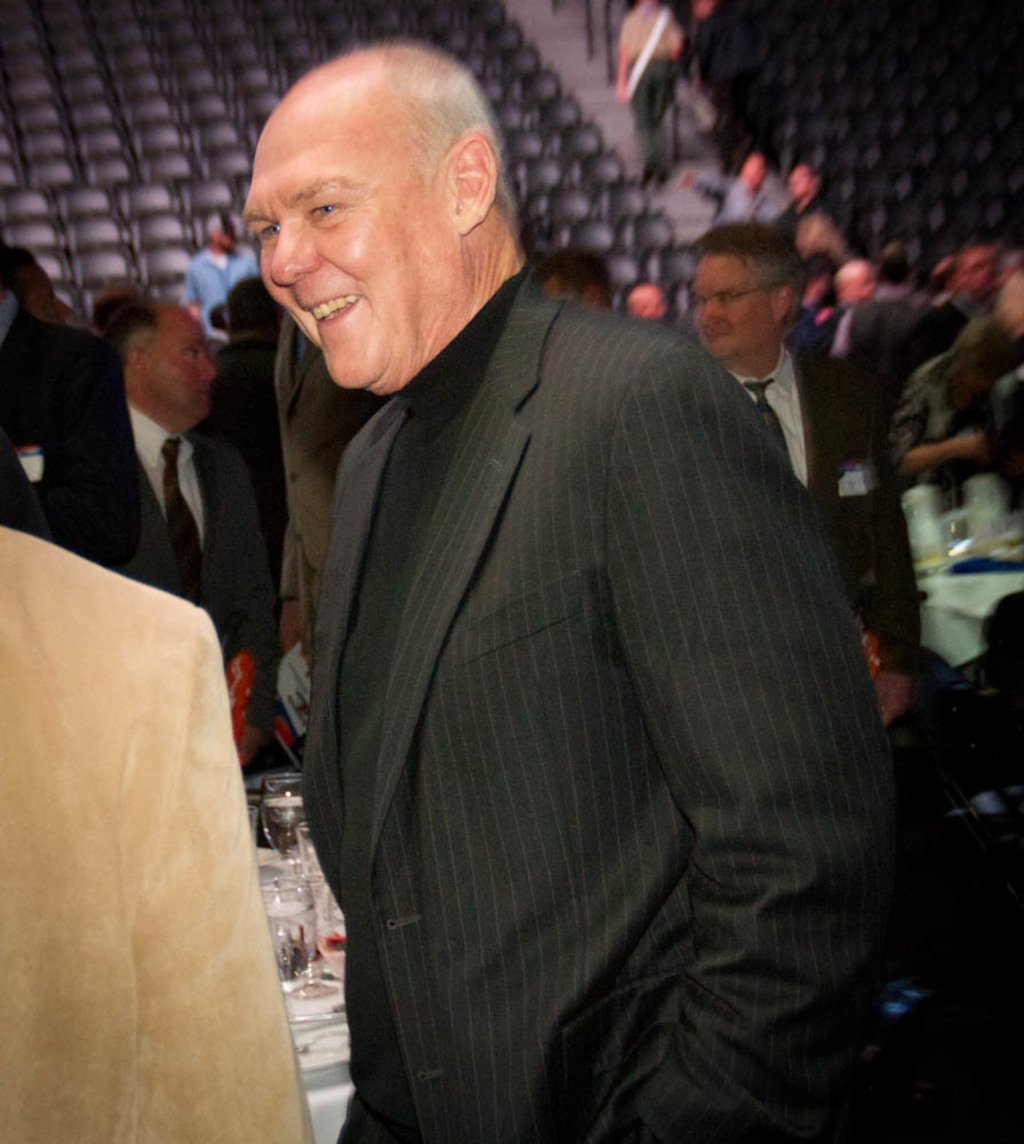 While the 13 time Pro-Bowler may have been the face on the front of the posters, the real reason behind the AM celebrations were to raise funds for The Denver Area Boy Scouts Council — who serves over 55,000 youth in Colorado. Scouting programs and and outdoor adventures challenge young people to excel while building their character and preparing them for a lifetime of opportunities and leadership. In 2013 alone, Scouts and leaders in Denver completed 225,280 service hours — talk about a touchdown in the community.

But does any team  always get a first-down on 1st & 10? A roller coaster 2013-14 Broncos season taught Manning the importance of leadership qualities in times of despair:

“There were plenty of reasons to give in and give up…we handled more adversity in a single season than most teams do in a 5 to 10 year span” Manning remarked in his speech. “As a leader it was rewarding to work through the adversities, and as they continued to mount, we never retreated.”

Manning’s advice that everyone (not just Boy Scouts) can apply to their lives?

“Before anyone can become a game changer, they have to first learn to thrive on discomfort.”