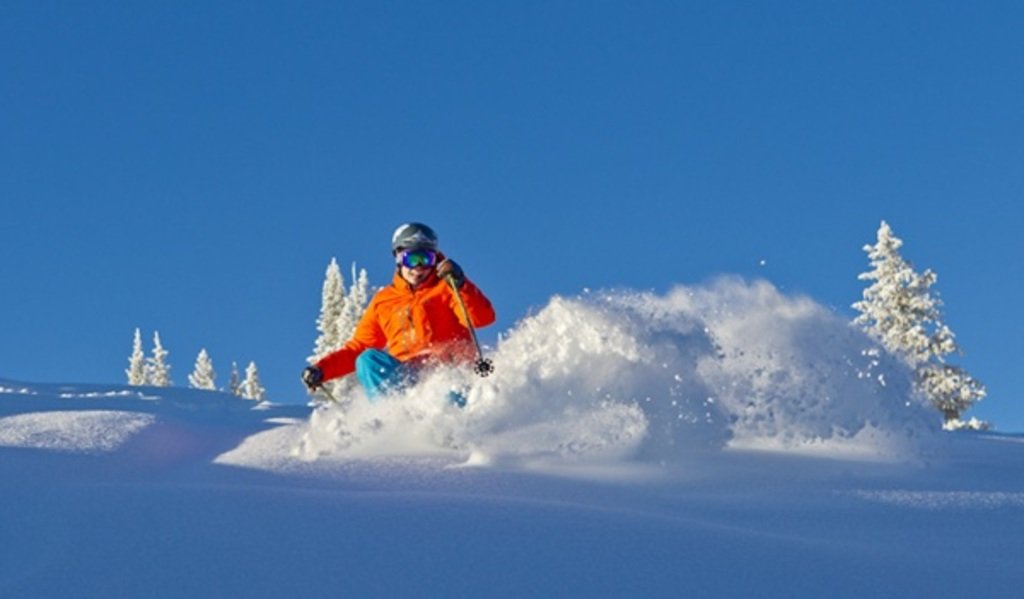 It’s no secret this weekend is going to be massive in the Mile High. Between the first ever 420 with legalized marijuana sales, a gigantic live music-laden two day celebration in Civic Center Park, back-to-back sold out Red Rocks shows, Easter Sunday egg hunts, and a warming weather pattern showing the first signs of summer, there is no shortage of things to fill your calendar.

While many will be flocking to the city, the mountains may be the place to escape the crowds and find your zen. Several ski resorts are throwing rightful parties of their own, ceremoniously bidding adieu to an epic winter season while allowing you to revel one more time in the bliss of gravity’s pull as free live music pulsates from the mountain’s base.

From an event featuring a juxtaposition between Rastafarian and Easter themes, to the recognizable pop of Blues Traveler, to well-respected bands with deep roots in the Centennial State, each mountain is offering its own twist on closing-day festivities (though some resorts have extended their season one more weekend), ensuring there’s music to be found for everyone this weekend in the majestic Rockies.

Springtopia invades Winter Park as well-traveled bands with Colorado roots take the helm at the mountain’s base. On Saturday, April 19, Sean Kelly of Boulder-based The Samples kicks off the jam at 2:30 p.m. followed by perennial Colorado favorites Big Head Todd and the Monsters at 3:30. New Orleans funk bank Dumpstaphunk will close things out on Sunday.

Oh, and the snow’s not too shabby either. Originally slated to close on 4/20, Winter Park is extending the season for a week thanks to 362 inches of snow (and counting) — the most the resort has seen in the last three seasons.

Like those feel good, timeless classic tunes? Sunsation at Copper Mountain should be your destination. Locals That Eighties Band and Funky Johnson bring cover-laden funk to Burning Stones Plaza starting at 1:30 p.m. on Saturday, while simultaneously runners braving buckets of paint weave their way through a 5k course known as The Color Run.

Copper is also extending its ski season, closing on 4/20 but reopening the following Friday for one more weekend of goggle-tan inducing spring skiing.

Forty events in 30 days make up Spring Fever at Breckenridge, and the mountain is bringing some heavy hitters to persuade you towards Summit County. Yonder Mountain String Band brings their brand of jam bluegrass to the stage at the base of Peak 8 on Friday at 2 p.m.

On Saturday prepare yourself for the run-around as Grammy-winning Blues Traveler takes the stage with their radio-friendly tunes and contagious sing-along inducing lyrics.

The third-largest mountain in North America invites you to Spring Back to Vail with a free show on April 20 featuring Steel Pulse, the first non-Jamaican band to win a grammy for Best Reggae Album (they’re English, in case you were wondering). This is the final free concert in a series that included STS9, Polish Ambassador and Karl Denson’s Tiny Universe the previous weekend.

Preceding the show is the well-known World Pond Skimming Championships in which costumed entrants attempt to hit a jump and ride safely across a pond at the mountain’s base. Hilarity is sure to ensue.

It’s also worth noting that separate from Vail’s official end-of-year event, rising female DJ pair BLOND:ISH will be throwing down a late night set Friday at Samana Lounge, before jetting to Coachella for a DoLab gig the next day. 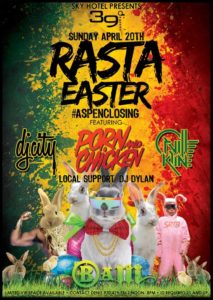