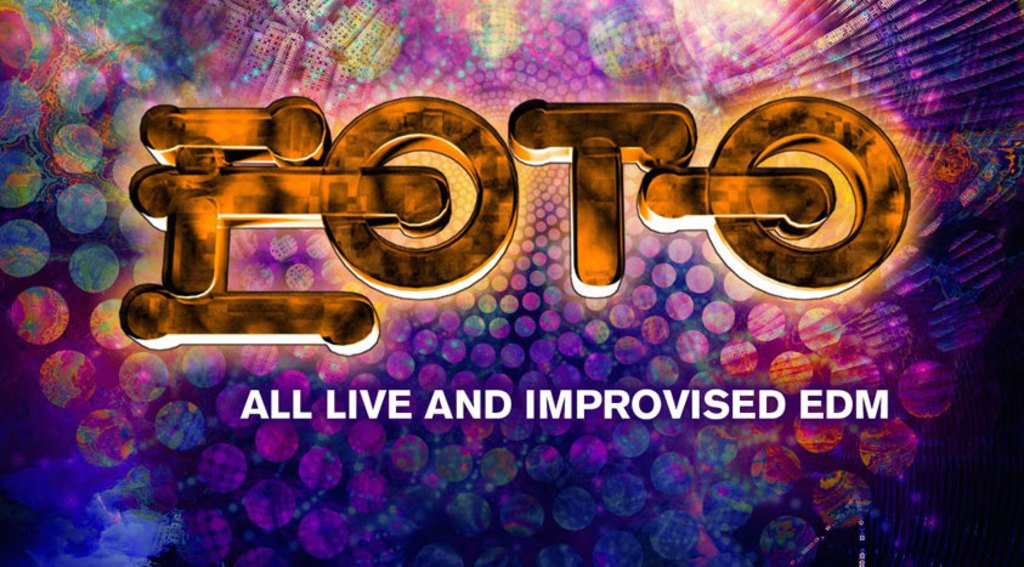 Once again EOTO has pulled out all the stops in commemoration of an enormous milestone. Having performed their 600th live show, EOTO is celebrating by releasing their 6th live music compilation entitled, K-Turns And U-Turns Vol. 6, Best Of 2013. This enormous triple disc set includes over three hours of live and continuous music. A very special addition to this collectors item is the over forty live and improvised tracks that were recorded throughout the 2013 tour. K-Turns And U-Turns also contains a previously unreleased encore, entitled Hafootnd III, which was recorded in Aspen, CO on December 6th, 2013.

EOTO is one of the great electronic bands in the industry at the moment, consistently performing and creating music that always entertains. EOTO never fails to go above and beyond for their music and their fans, and they have been rewarded in kind with multiple awards, including the award for the “Best Live Dubstep Act” in 2012. EOTO’s unique sounds and stage elements have earned them fame across the globe, and they continue to travel and bring their special blend of instruments and electro synths to admirers both old and new. The child of The String Cheese Incident‘s Michael Travis and Jason Hann EOTO’s live sets are like a box of chocolates. You just never know what you’re going to get. Nothing is predetermined, prewritten or prerecorded. EOTO simply plays what they feel, and express themselves through the melodies, harmonics and heavy bass that they love to play. Definitely do not miss out to own this piece of EOTO’s history, and relive the story of their 2013 tour. The album will be released for download on May 1st.

Photo by B. Hockensmith Photography