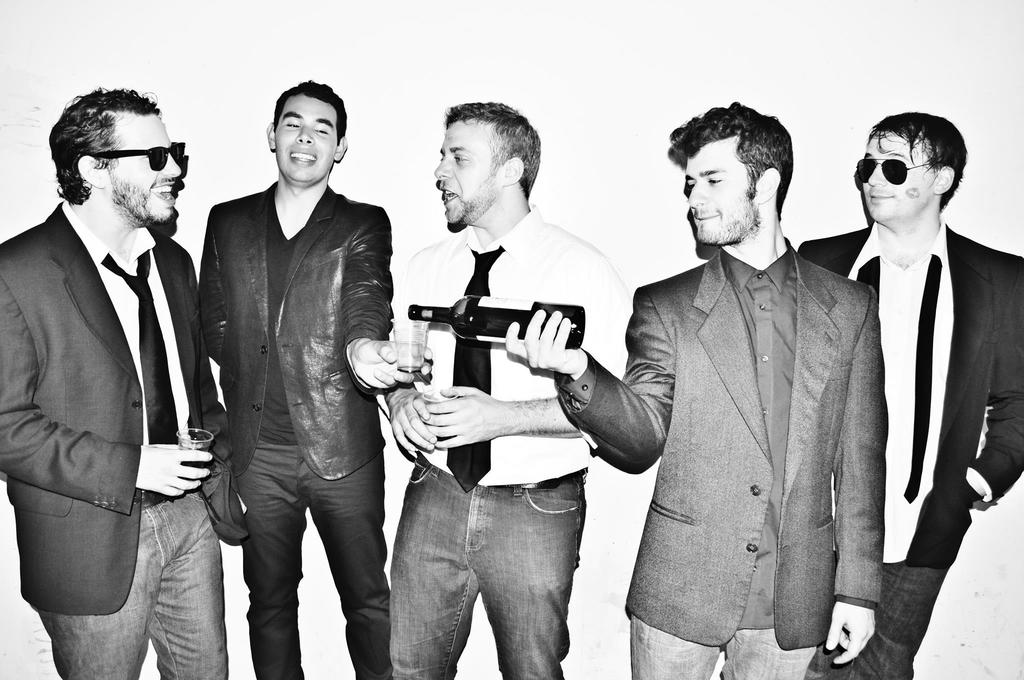 The Bottom Dollars perform at Lost Lake and Bushwackers this week

Coming through Denver for two nights this week is Brooklyn Americana five-piece The Bottom Dollars, an exciting new group touring off a brand new album Meet Me In Cognito. They’ll be performing at Lost Lake tommorrow night April 10 with another performance at Bushwackhers scheduled for Saturday April 12. Flipping through their social media, one can find an interesting post on their Facebook page regarding their sense of identity:

For the record (as huge fans of both bands) none of us have ever described our sounds as such, and if you know us our response to that question is always “rock and roll” or “rock and soul.”

We’re not trying to sound comparable, we work very diligently at being ourselves, and wherever this phrase is generating is not conducive to our quest at remaining original as artists.

That dedication to a sound all of their own is apparent when listening to tracks like “Devil’s Night,” a fun funky melody that’s big on the keys and the soulful vocal harmonies: Fun and original, The Bottom Dollars will be performing tomorrow at Lost Lake with another performance at Bushwackhers scheduled for Saturday April 12.