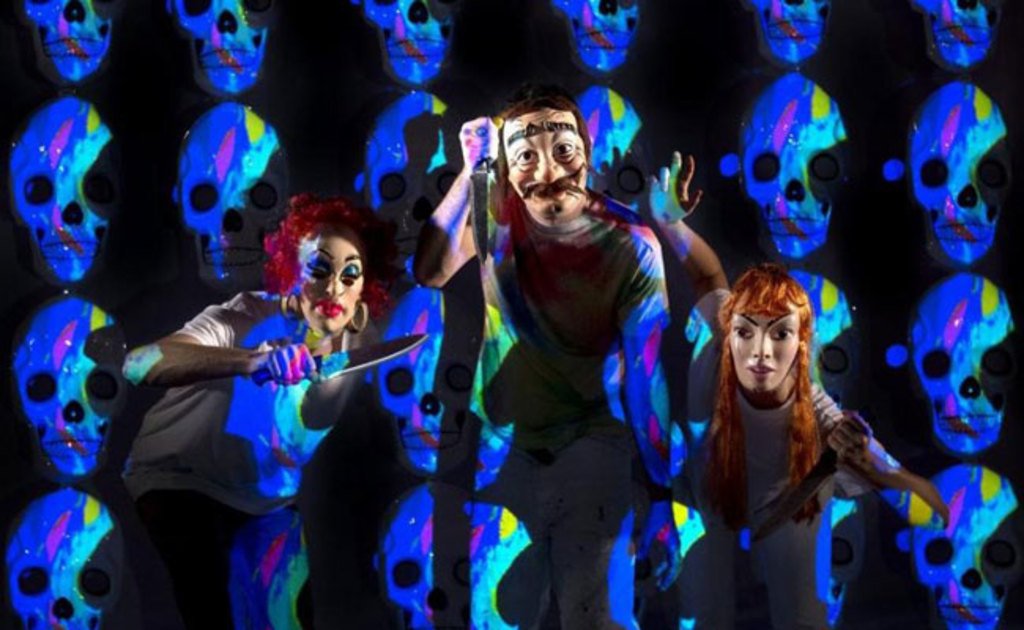 Not to be outdone by his fellow Animal Collective members and their various personal projects, pop wizard Avey Tare (real name Dave Portner) started his own band, Slasher Flicks, which is playing at Larimer Lounge tonight, kicking off a 17-city tour.

The band’s name belies or perhaps confirms its goofy charm, supplied also by Angel Deedorian (of Dirty Projectors) and Jeremy Hyman (of Ponytail). Their creepy website doesn’t do much to directly promote their music, a raw mixture of experimental antics based on pop melodies. Lead single “Little Fang” is straightforward in these regards and is rather catchy:

Portner told Pitchfork that the group’s name is derived from Portner’s guilty pleasure for bad horror films and the music is inspired by 60’s garage rock and pop novelty songs from back in the day. Lucky for him that the approach comes across successfully in songs like “Strange Colores” and “Blind Babe,” pushing through the overt production that’s packed into these tracks. Seeing them performed live will be interesting to say the least.

Avey Tare’s Slasher Flicks play at the Larimer Lounge tonight, with doors opening at 7 p.m. and the show to begin at 8 p.m.