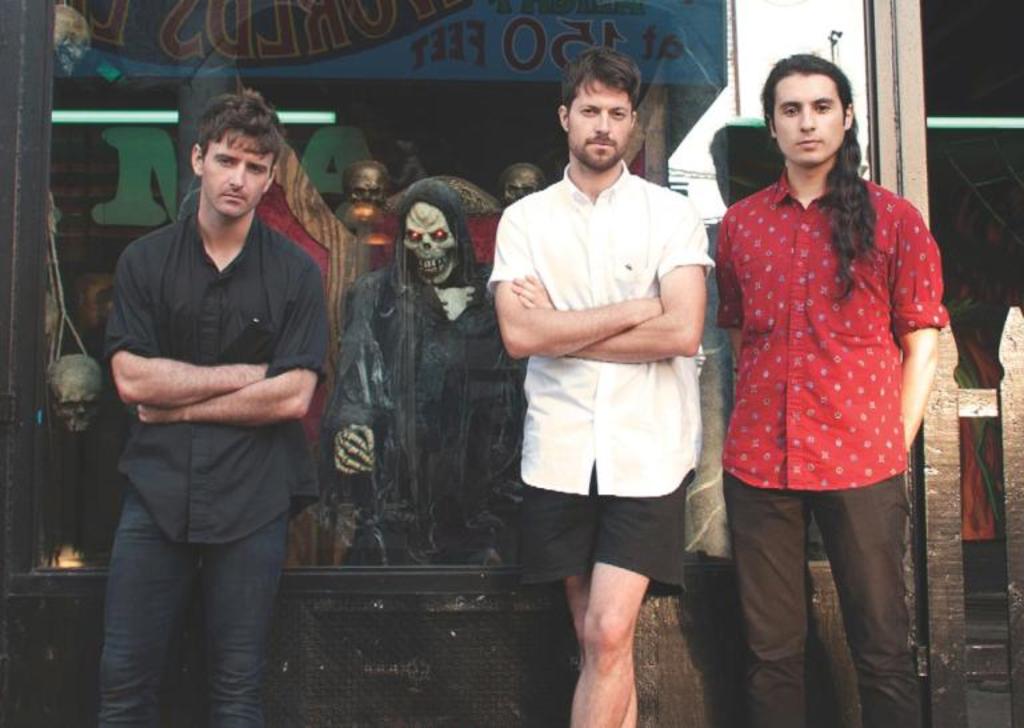 Hailing from San Francisco’s buzzing lo-fi scene and the closely linked Slumberland Records label, Weekend first cropped up on critics’ radar with 2010’s Sports, a hard-driving album full of raw riffage yet restrained intensity. Much has taken place since then with bassist Nick Ray added to this once trio, the subsequent releases of an EP, Red, and last year’s full-length Jinx. That last record saw Weekend progress into more of a clean sound, even adding a touch of pop to the formula. That record’s reception was a little more mixed, but left no doubt to their ability to rattle forward with somber cuts like “Mirror.”

Just as noisy and exciting is Weekend’s opening act Cities Aviv. The rapper, Wilbert Gavin, is from Memphis, Tennessee, but his style is more or less completely free of any Southern flavor that could be expected of that burgeoning scene. On the artist’s Facebook, Cities Aviv seems to prefer the term “pop music for the unpopular,” but his third full-length, Come to Life, released earlier this year is more like a rap mixtape for the messed up, packed with stellar experimental production cut by the artist himself. The album seems to run the sonic gamut, ranging from gauzy yet choppy cuts like “DON’T EVER LOOK BACK” to the intensely overprocessed hip-hop nugget “URL IRL.”

Weekend and Cities Aviv are set to perform at the Larimer Lounge on April 1, check them out!