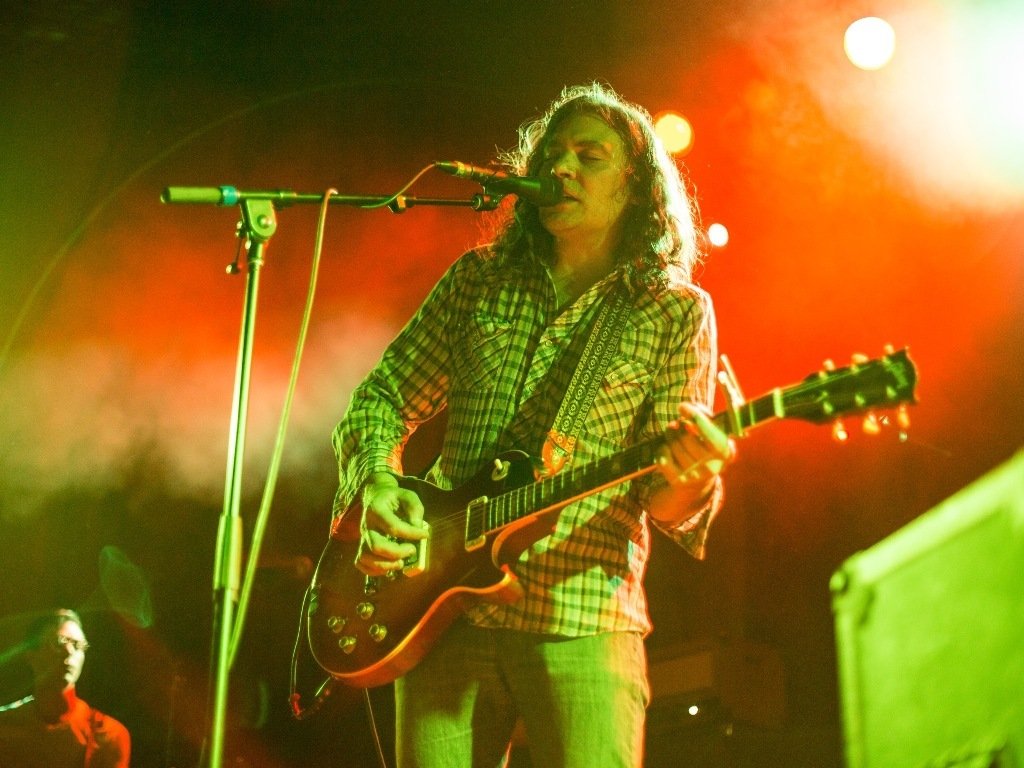 The War on Drugs does deep cuts at Bluebird Theater (review)

I understand that one must enter a concert with an open mind, but I feared what would come from The War on Drugs. They have a great rock vibe to them, a sound removed from time. But would they keep things interesting or would they descend into jam band antics, the type that include extensive extended bridges and/or melodies? Their new album Lost in the Dream provided more than enough opportunities to do so, and they did oblige. 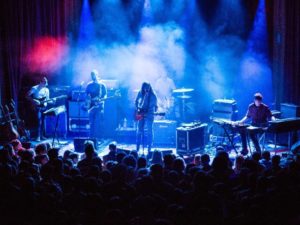 Nonetheless, frontman Adam Granduciel kept things tight. The stage chatter was minimal and his long songs luxuriated through a wide range of pedals and the quiet but constant efforts of his small backing band. They came onstage to Foreigner’s “Feels Like The First Time,” plumes of weed smoke erupting from all directions as they strapped in for a solid set opener “In Reverse,” followed immediately by the rich melodic lead single “Red Eyes.”

Besides providing his steely vocals, Granduciel is the unquestionable center of the act, singing the lyrics to “Red Eyes” while bathed in a green spotlight while his backing band were darkened in blue light. He asked the crowd if they were familiar with singer-songwriter Bill Fay before breaking into a cover of the singer-songwriter’s “I Hear You Calling.”

While his performance was great and even a bit relaxing, one can’t help but wonder where Granduciel’s mind is at as he embarks on his national tour. While he didn’t partake in any of the party favors being passed around in the audience, he had a few cigarettes on stage. “I’m currently in a stage 3 meltdown,” he announced between drags, “Not a complete 6, but pretty close.” It was then that he and his band dived into the hazy melody of “Lost in a Dream”, expanding it as far as it could go.