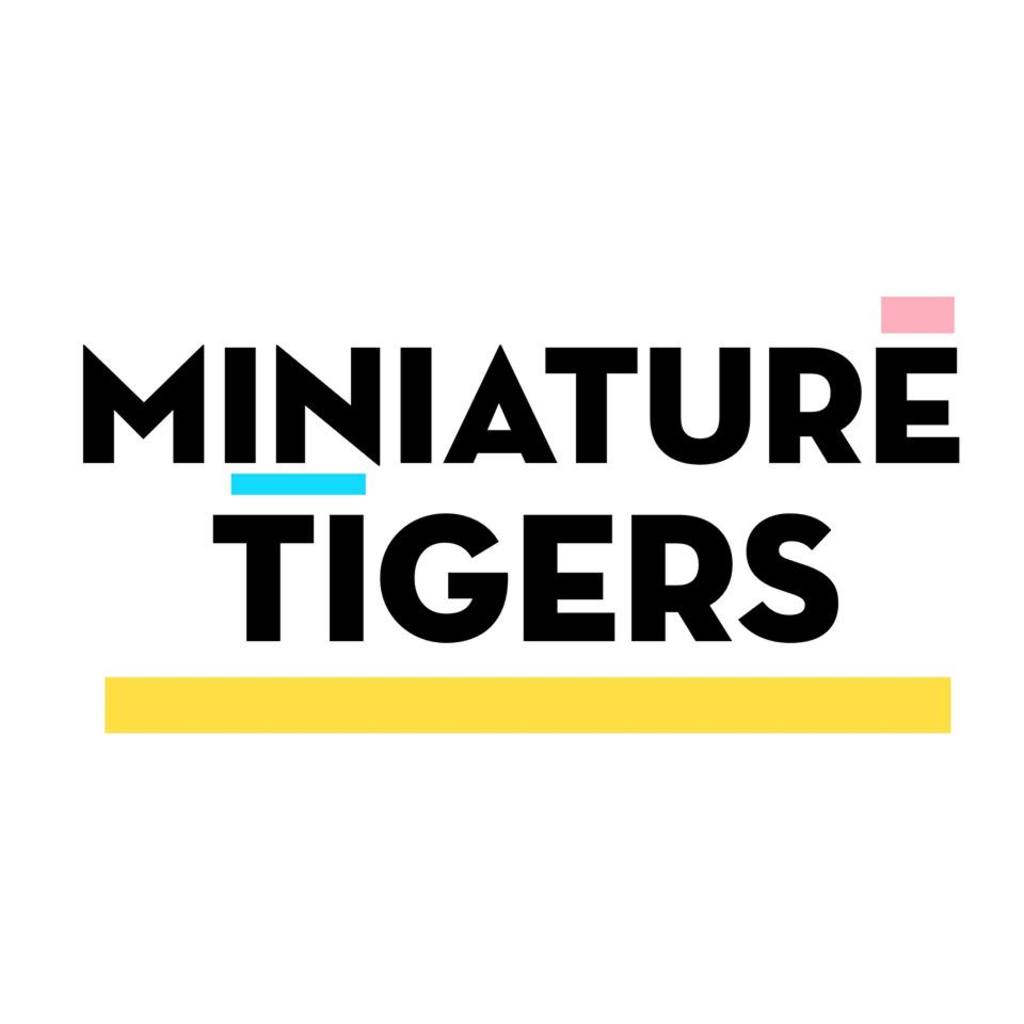 It’s like walking down the wrong side of the highway. You may have your headphones in casually listening to music as you stare endlessly down your narrow stretch of road. You may be an experienced driver and traveler. You know the likelihood of a car driving close enough to you to run you off the road is highly unlikely. Yet there is still a small part of you that feels each passing car is driving slightly closer and closer to the yellow line separating you from machine. Regardless of this looming fear, you press on as the music in your ears urges you forward. At a time like this, Miniature Tigers is the music you want playing in your ears.

Brand has a soothing voice, the kind of voice you only hear once but wish you could hear it again and again. It comes just as quickly as it goes. Their style of music has often been compared to MGMT, Weezer, and the Flaming Lips with a retro Beatles sound. The groups sound personally reminds me of the American rock band Of Montreal out of Athens, Georgia. If one thing is certain, Brand has left behind his ‘pot-addicted’ (as if), Scientology boot camp captivated past to engage in a long winded and exciting life as an alternative indie rock star. Here is a brief interview to preview before their upcoming show at the Walnut Room happening April 2nd.

Are you excited for your show out in Denver?

Brand: Oh yeah, absolutely. We’ve played a bunch of shows there but we haven’t spent a bunch of time there.

Where are you right now?

Brand: We’re actually in Austin right now. We played 3 shows the first day at SXSW. We had one a day off in between our shows but I actually got strep throat so I’ve just been laying low for the last couple days and hanging out on some antibiotics. The rest of the boys were able to get out and enjoy some of the other shows happening here in Austin.

Do you often get sick while you are on the road?

Brand: That typically happens when you are on a long tour but not typically . Thankfully I’m the only person on tour who got sick.

Do you have any bands that you travel with?

Brand: We are touring with Bear Hands and Total Slacker. We played a show with both of those bands the first day [of SXSW].

Have you met any bands along the way that you were excited to play with?

Brand: No, not really. We all just kind of have our own shows and do our own thing.

Do you have any other creative outlets besides music to keep you grounded?

Brand: I like to draw a lot. I do a lot of drawings on my iPhone. It keeps me pretty entertained on tour and when we are off tour.

Wow that’s amazing, how do you draw on your smart phone?

Brand: I have a drawing app and I just like to zoom in and sketching things. I can do that whole thing.

To get a better feel for Brand’s artistic style, check him out on Instagram @charliebrand. He frequently posts his life happenings in the form of hand drawn interpretation artwork. His minimalistic artistic approach with simple and calculated pastel colors really makes for an intriguing Instagram account. It definitely breaks out of the mold of the typical rock star postings and his portraits really are a work of art. This past summer Brand was even offering up personal portraits for anyone interested. He might be a little busy at the moment with the tour going on but if anyone is interested, email your questions or comments to [email protected]. If you have any immediate questions for the band or want to connect with them while they are passing through, they are responsive rock stars across all their social media channels and often personally answering questions from their followers.

Check out the rest of the group as well on Instagram to see what they are up to while they are on the road:

Have you done any artwork for your band?

Brand: I’ve done a couple little things. For our last video I did a drawing for our music video Sex on the Radio, it just recorded each brush stroke and it was like an animated painting come to life. It did it all on my iPhone. 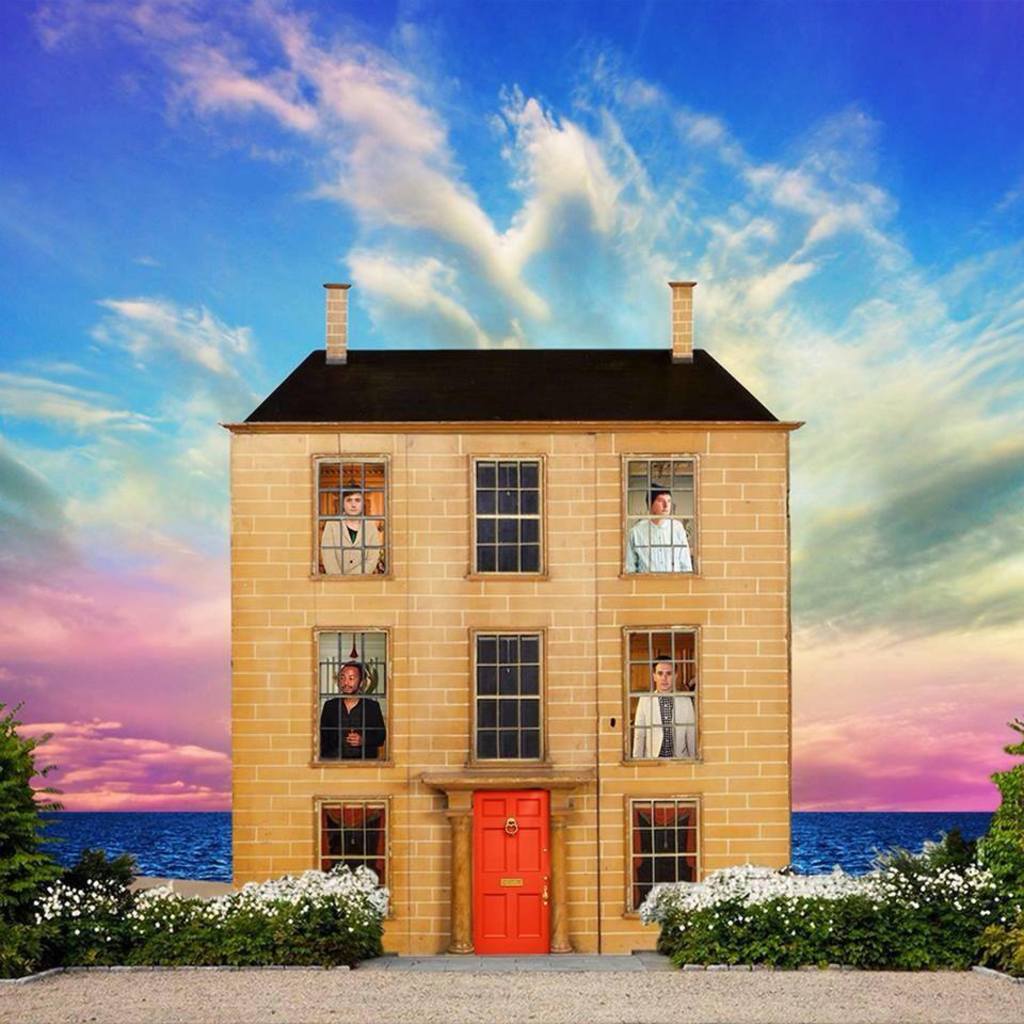 What brought your band together? How did you all meet?

Brand: I met Rick (Schaier) on MySpace. We both had music up online and we were mutual admirers of each other’s. We started off just as pals and then when I was writing stuff for Miniature Tigers and we got together and formed a band.

Schaier and Brand exchanged emails after connecting through MySpace for a while as equal admirers of each other’s work before they formed Miniature Tigers. The group now consists of front man – guitarist Charles Brand, Rick Schaier on keyboard and vocals, Algernon Quashie on guitar, and Brandon Lee on Bass. Brand states that they are not currently active on MySpace at this time. Their Facebook and Twitter accounts are however regularly updated.

Do you have any big projects coming up moving forward in 2014?

Brand: We’re releasing a new album on May 27th titled Cruel Runnings. That’s our next big project and we are just touring a lot.

The bands took a break between their last album release, Mia Pharaoh, in the spring of 2012. The anticipation for their new release has kept fans waiting and wondering. Each album has been different from the last but we’ll just have to wait and see if their latest album breaks the mold of their already wide variety of sound. The group generally sticks to an alternative indie band genre but their sub genres extend into indie rock, synth pop, and dream pop. 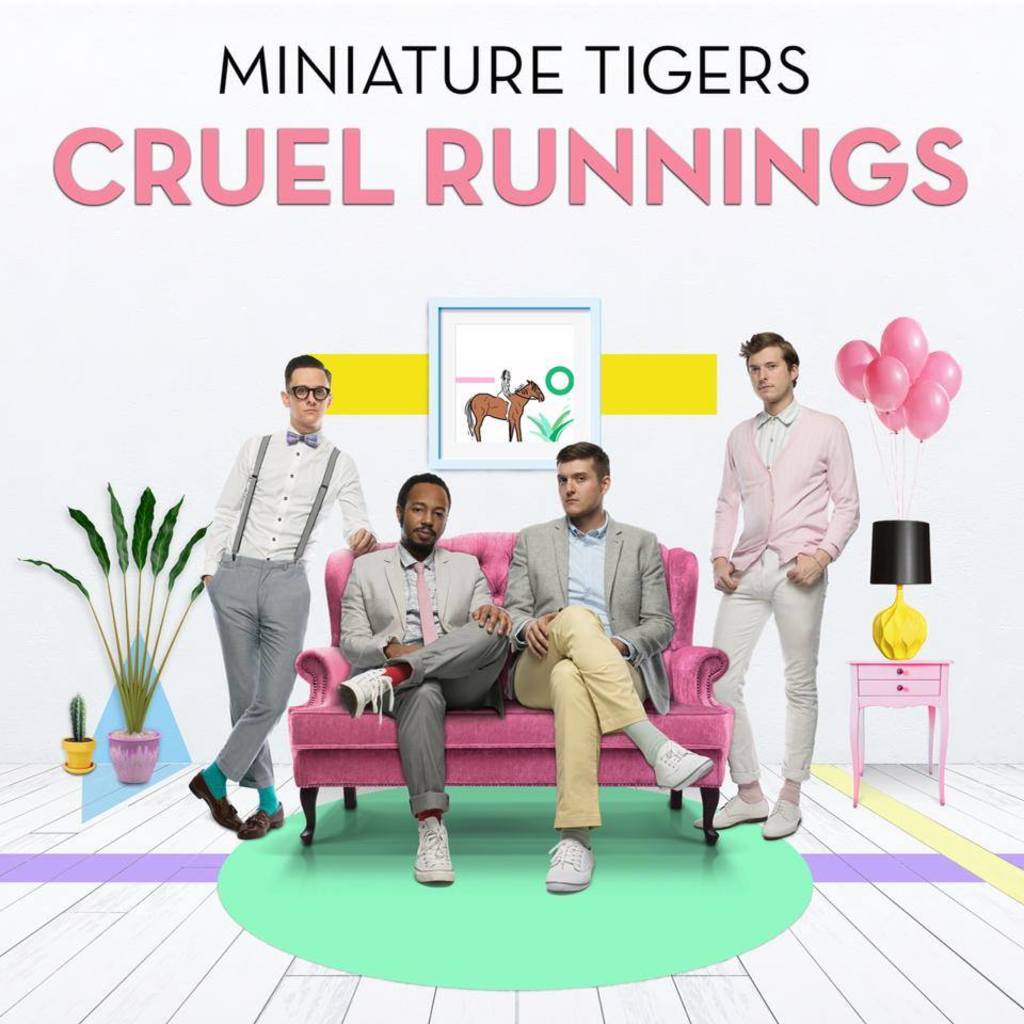 Do you have any big shows coming up this summer?

Brand: I think we are doing a few festivals this summer but they haven’t been announced yet so I can’t really say anything just yet. Right now we are just doing US and we are looking to go back to Europe and the UK.

Have you seen anything bizarre at your concerts? Has it mostly been smooth sailing?

Do you have anything that you would like the people of Colorado to know about your upcoming show?

Brand: Bring us some weed? Can I say that? I hope this time we’ll get to try some legally. We have to drive to New York after the show so we just have to get in the van and head across the US.

The more I listen to Miniature Tigers, the more I like them. At first the music feels like very simple synth pop. But a deeper listen reveals an upbeat melody often paired with dark lyrics. If you listen closely, you can actually feel the pain that the band must have gone through to get rid of their ‘Cannibal Queen’. This song is a classic example of suffering with a smile. This is what happens when you bottle up your feelings and express them through song; you create beautifully deceptive music.

Get your tickets here for Miniature Tigers performing on April 2nd at the Walnut Room.