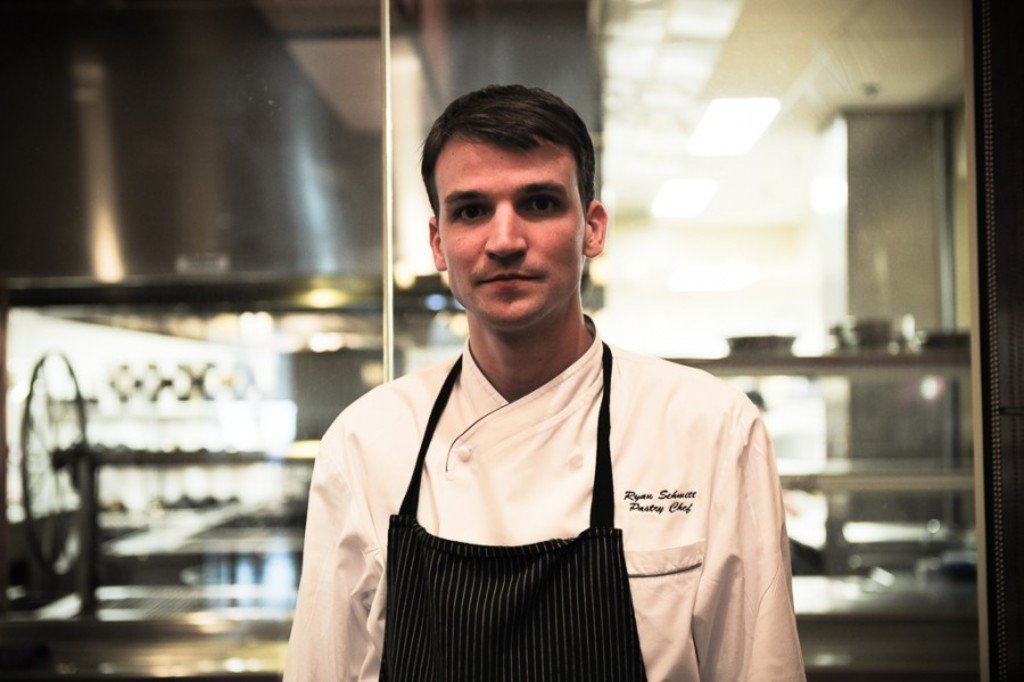 EDGE restaurant at the Four Seasons Hotel Denver just recently appointed the ambitious Ryan Schmitt as head pastry chef. Chef Schmitt just transferred from his two year stint as assistant pastry chef at the Beverly Wilshire Four Seasons in Beverly Hills. Though he has been busy continually improving the pastry program here, he is enjoying living in Denver so far, which he says operates at  a “much more relaxed pace than LA.”

Chef Schmitt was born in upstate New York, and his inspiration to get involved in the kitchen came from the small garden his family kept as he grew up. While he got his start in restaurants working on the line, he began to develop a curiosity for pastry and eventually ended up going that direction for his degree from Le Cordon Bleu Culinary Academy in Orlando.

Why pastry? Chef Schmitt is constantly intrigued by the way he can transform raw ingredients—flour, sugar, and eggs—into something completely different. As he says, “in pastry you are truly creating from the ground up.” Chef Schmitt loves the scientific side of pastry and baking, and he mentioned that he has been continually readjusting all of his recipes for the altitude here in Denver. 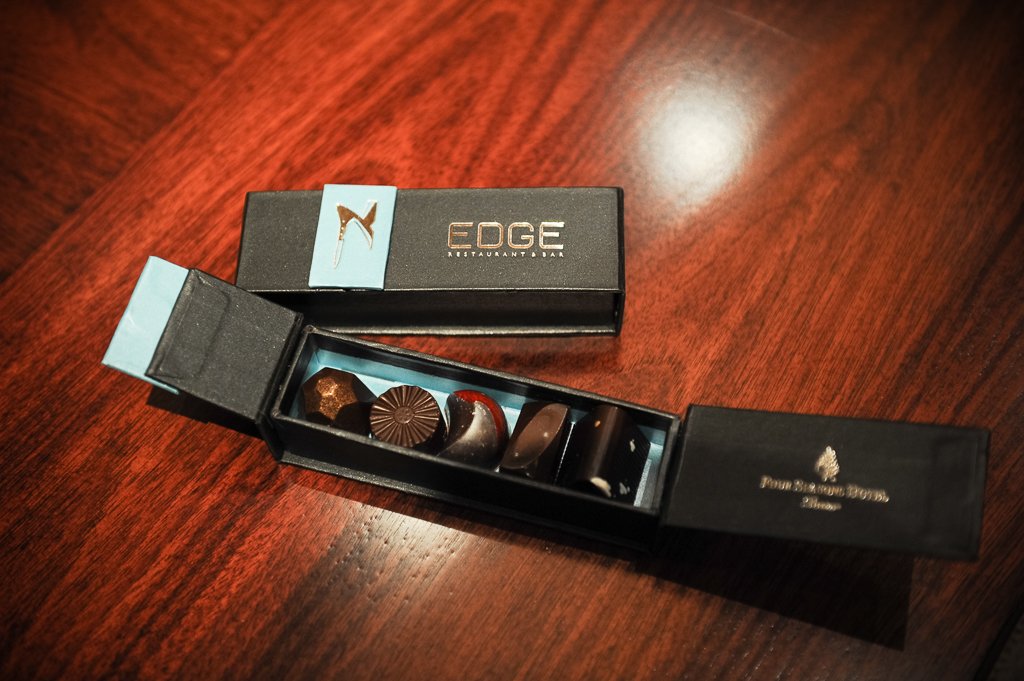 The new in-house truffles made by Chef Ryan Schmitt at Edge. Photography by Glenn Ross.

He admitted that transferring from Los Angeles to Denver is a big change, but what he didn’t expect was for Denver to have quite the burgeoning food scene that it does. He has been consistently impressed with the talent of the chefs here. Without having the battle the traffic of LA, he can actually go out and try different places and explore the city a bit more.

Chef Schmitt realizes that even though the food at Edge is high end, people still want a dessert that is somewhat recognizable—which is why he always incorporates elements of nostalgia in his desserts, like the salted caramel molten cake. While in LA, he noticed that his clientele did enjoy some of the more creative, hyper-stylized desserts but he realized Denver may not be the place for that. For now, he enjoys elevating classic desserts with unexpected flavors and spot-on technique, like his banana nougat dessert featured during restaurant week, which was served with honey cake, and spiced caramel.

He’s also been busy developing the spring dessert menu for debut in April, as well as adding his own special touches to the pastry program. His biggest contribution thus far  are the new in-house truffles that Four Seasons guests can order through room service. This is just one of the reasons chef Schmitt loves working at the Four Seasons Hotels–the options for him to demonstrate his talents go way beyond the after-dinner dessert. This includes room service, special events, wedding cakes, as well as chocolate showpieces, which are some of his favorite things to work on.

Definitely save room for dessert at Edge, where you can taste the talent and creativity of Chef Schmitt in every bite. 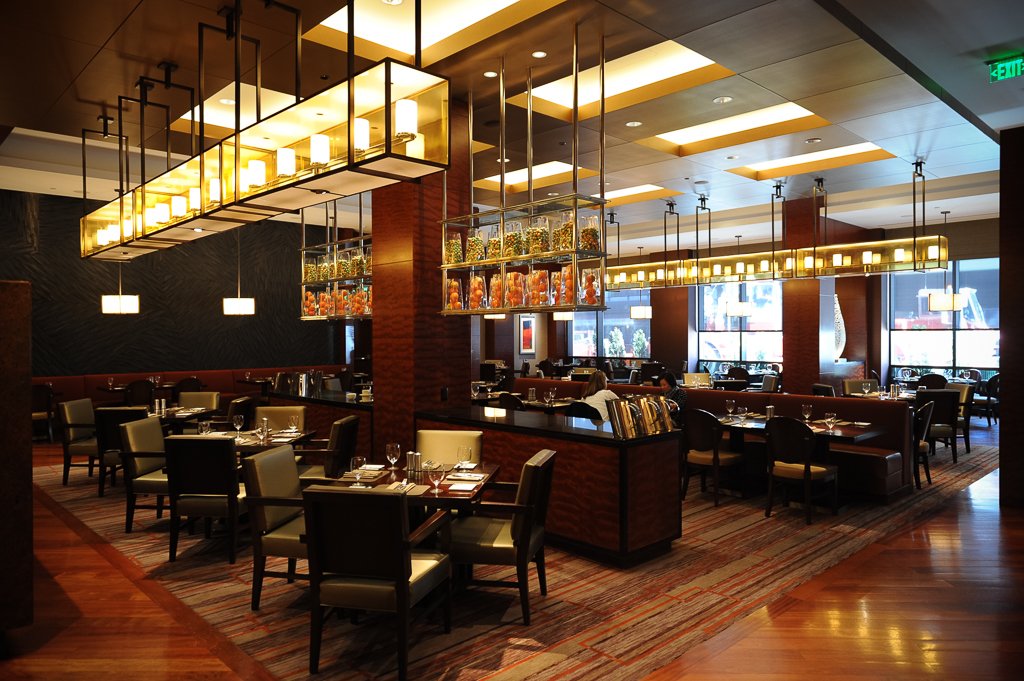 The dining room at Edge. Photography by Glenn Ross.