The Denver premiere of Divergent boasted an appearance by two of the films breakout stars, Ben Lloyd-Hughes and Christian Madsen. Screaming fans crowded around the packed Colorado United Artists Stadium on March 3rd to get an autograph and glimpse of the soon-to-be international heartthrobs. The energy of the crowd was electric. Excitement is an understatement for the young actors in the film as Divergent marks the beginning of a teen-idol phenomenon. 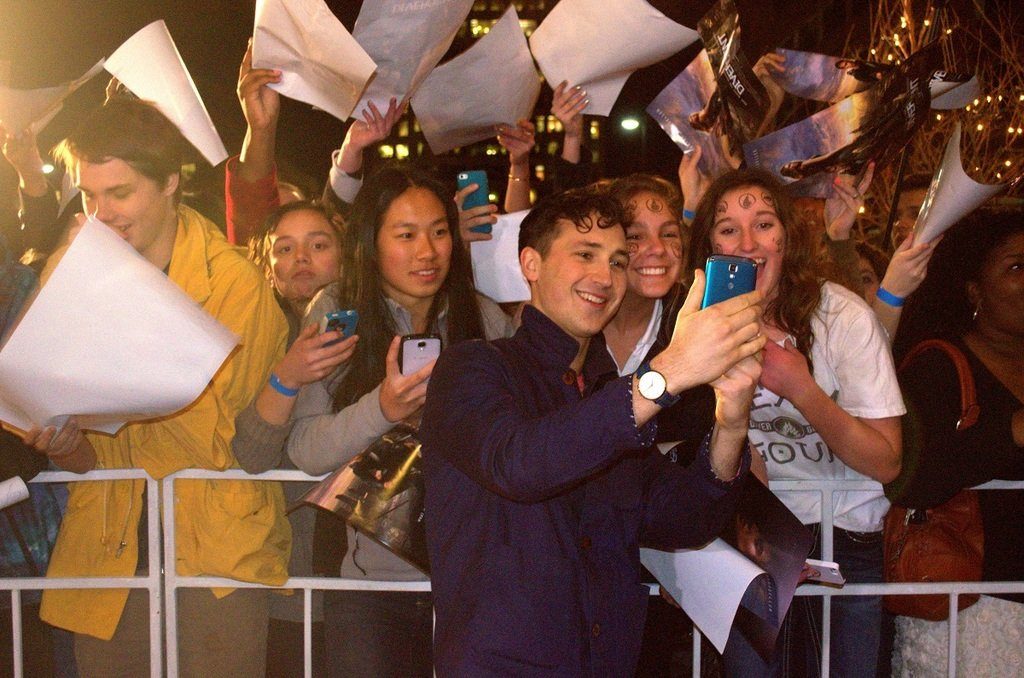 Ben Lloyd-Hughes with adoring fans at the Divergent premiere in Colorado.

This popular book trilogy by Veronica Roth is said to be the next Hunger Games. The highly anticipated film is directed by Neil Berger and stars Shai Woodley as the next post-apocalyptic heroine Trys. Young actors Ben Lloyd-Hughes and Christian Madsen made an exciting appearance at the Denver premiere. 303 Magazine got an exclusive Q&A as the stars came through the red carpet. 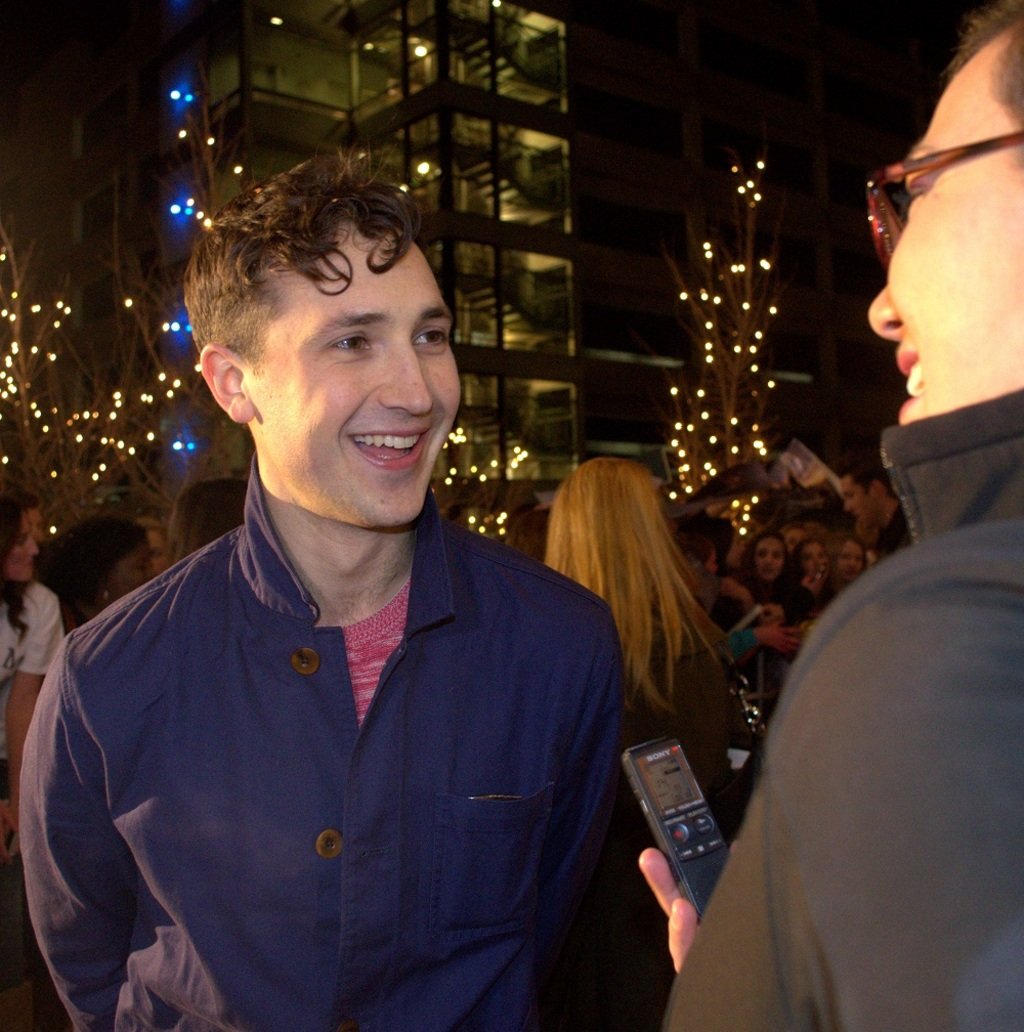 Ben Lloyd-Hughes at the premiere of Divergent, photo by Lindsay Maynard

Charismatic yet humble, Ben Lloyd-Hughes was born and raised in London. Lloyd-Hughes is best known for his roles in Tormented and Great Expectations. In Divergent, Lloyd-Hughes plays Will, a complex and limit-pushing role. He spoke about the physical and emotional challenges of the role.

Ben Lloyd-Hughes: I love it. I’ve been here for like an hour, it’s great.

BLH: No, I’m not. I come from London so this is boiling hot out here.

Tell me, how was working with director Neil Burger?

BLH: Neil Burger was great. He was a kind of chilled out director who everyday on set was so relaxed and so warm. You could approach him at any time and that was a really exciting thing. To be a young actor who can approach his director.

As a young actor, what was the most physically demanding part of the role?

BLH: The weather in Chicago is crazy. Sometimes, it’s boiling hot and you were getting burnt on set 24/7, then it was freezing cold and the wind was lashing around, and I think that was a physically demanding thing.

Christian Madsen at the premiere of Divergent, photo by Lindsay Maynard

What about emotionally demanding as far as the role?

BLH: Emotionally, there were a few scenes with me and Shai and Zoe where… yeah, there were some emotional depths. They got quite dark. Zoe and Shai were amazing in reaching those bits with me.

I can’t wait to see the film!

BLH: Me too, I haven’t seen it yet. This’ll be the first time.

Christian Madsen is another amazing star to watch out for. You may recognize him from films The Brazen Bull and Refuge from the Storm. Divergent will undoubtedly be his breakout role. Madsen opened up about his favorite scene plus an expansion of his character Al headed by director Neil Berger himself.

How’s Colorado treating you so far?

Christian Madsen: It’s good, we just landed. It’s nice and cold. I don’t see the rocky mountains yet. I’m told in the morning I might.

How was your experience working with Neil Berger?

Christian Madsen at the premiere of Divergent, photo by Lindsay Maynard

CM: Neil was awesome, he’s really hands on. I think he was sort of at the helm of making Al a bigger character in the movie too because when I got down there, Al maybe had two or three scenes. And I was happy to do it anyways, but I just sort of talked to Neil about what I thought Trys’s approach with Al was. Instead of more Al, it was more for Trys’s arc, lets have more of a transition of Al so we can see her go from you know good with Al then bad. Her becoming divergent is kind of right after Al dies.

What is your favorite scene you were a part of in the film?

CM: I think the scene when me and Shai, Shai Woodley the actress who plays Trys, when I come back to say sorry to her after I sort of try to push her over the cliff with Peter. We did this beautiful scene where I come back and say sorry. Neil did what I’ve always wanted a director to do, which is really let us prepare. It really kind of brought me back to theater days where the acting, it’s about the acting. I think that scene was for me great because I was able to work one on one with Shai, Neil took the time to take us both aside and give us some sort of direction. I couldn’t have been happier with how it played out.

Have you seen the film yet?