The Art Directors Club of Denver kicked off its 10th Annual Paper Fashion Show last Friday with a lively crowd packing the Seawell Ballroom at Denver’s Center for Performing Arts. Local creatives came dressed to the nine’s from writers to photographers to designers to some of the best dressed in Denver.

The unique show draws in 1,000 attendees each year and takes on the title of the nation’s largest paper fashion show. Proceeds of the event benefit Downtown Aurora Visual Arts, which provides art education programs for at risk youth.

A prestigious panel of judges critiqued each design per category. The variety and meticulous precision of the designs made for some tough competition.  Check out the top six winners of the show below:

The textures and vibrant colors of this design certainly aligned with the designers’ inspiration. The diversely used paper for the ensemble came from Mohawk Carnival.

“Our inspiration was to let the energy explode… BOOM!” 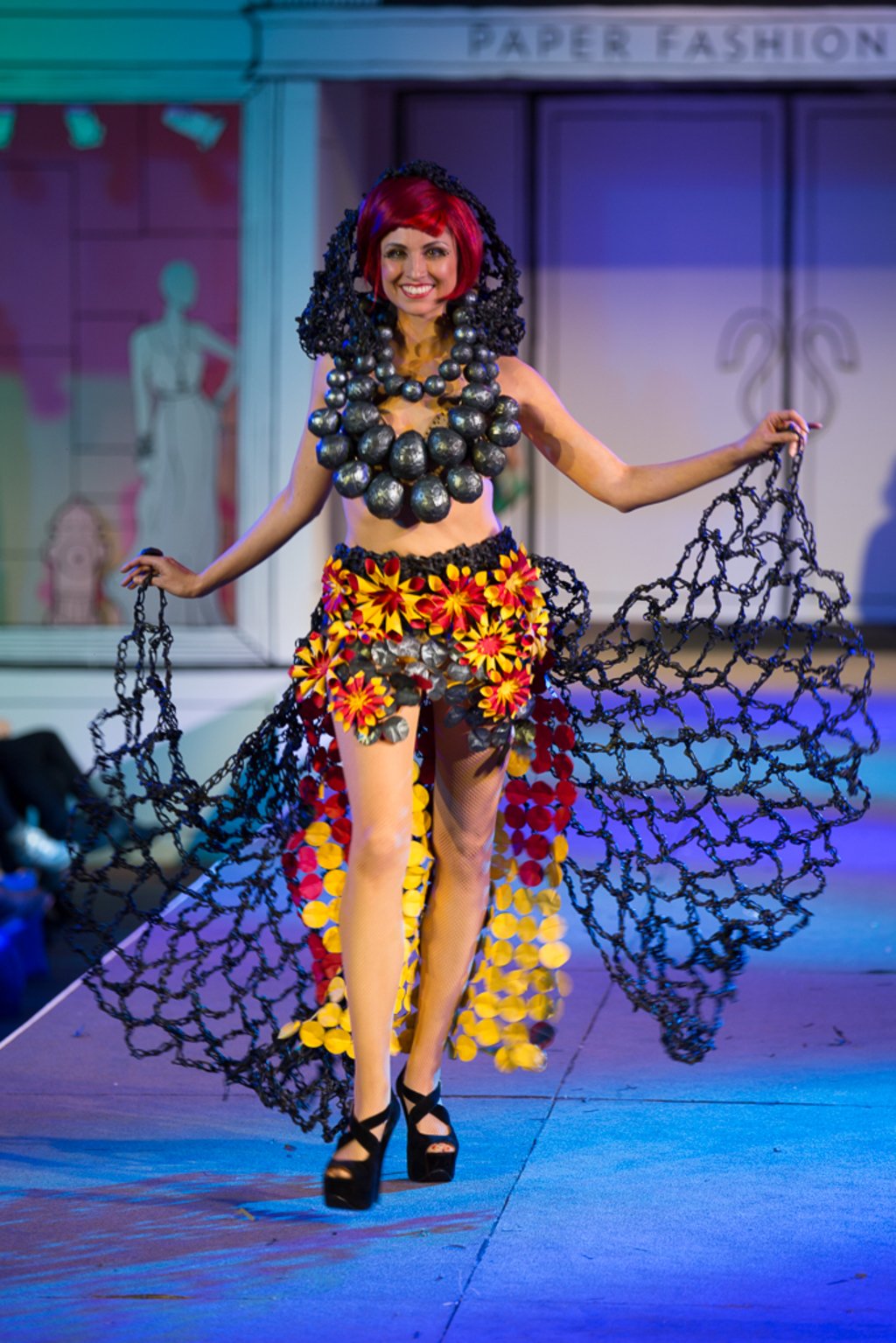 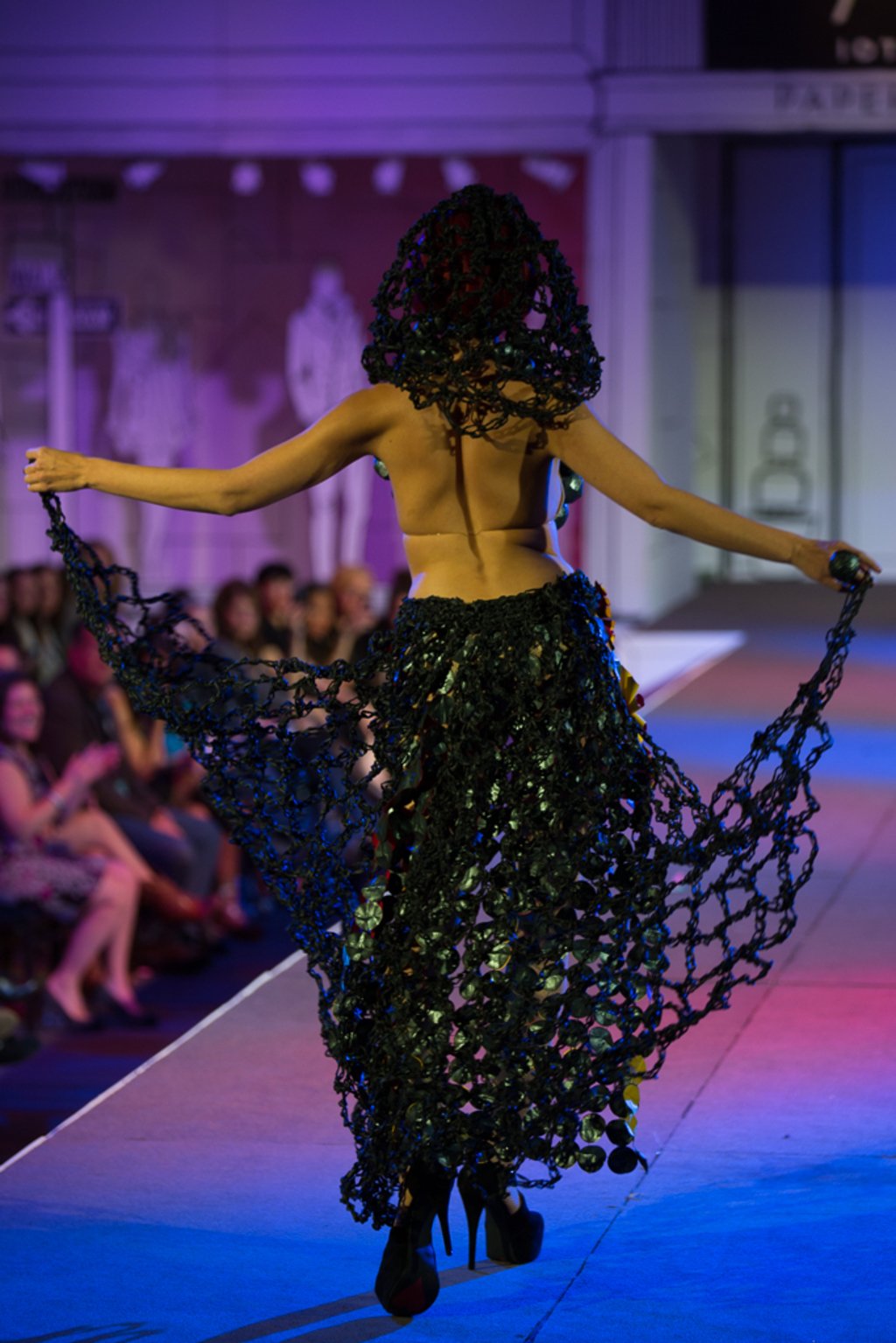 The inspiration was described as, “ballet during the Italian Renaissance period which included different parts of the world and was a place where people could escape to a world of fantasy and beauty; no ballet proves better than the Nutcracker.” 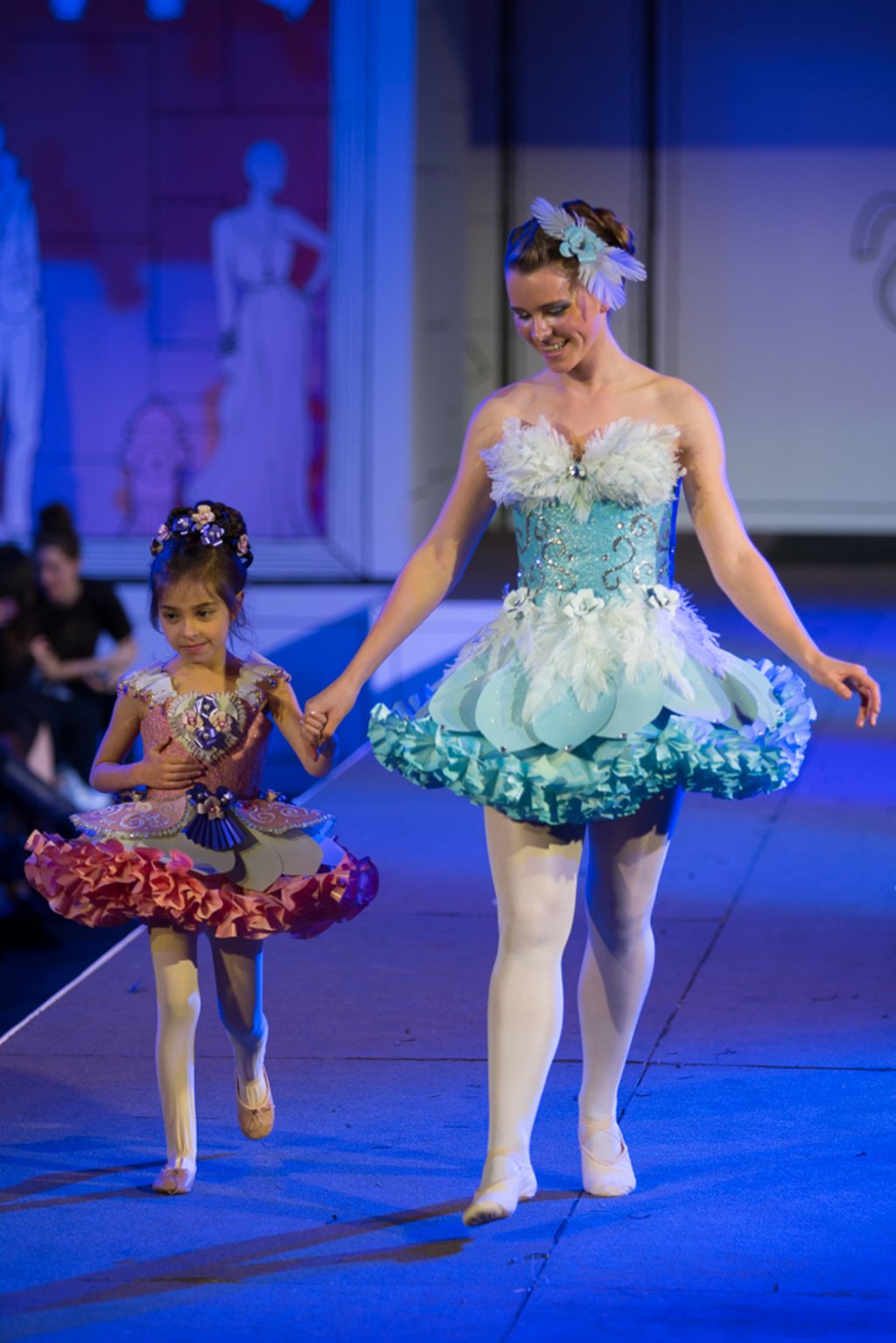 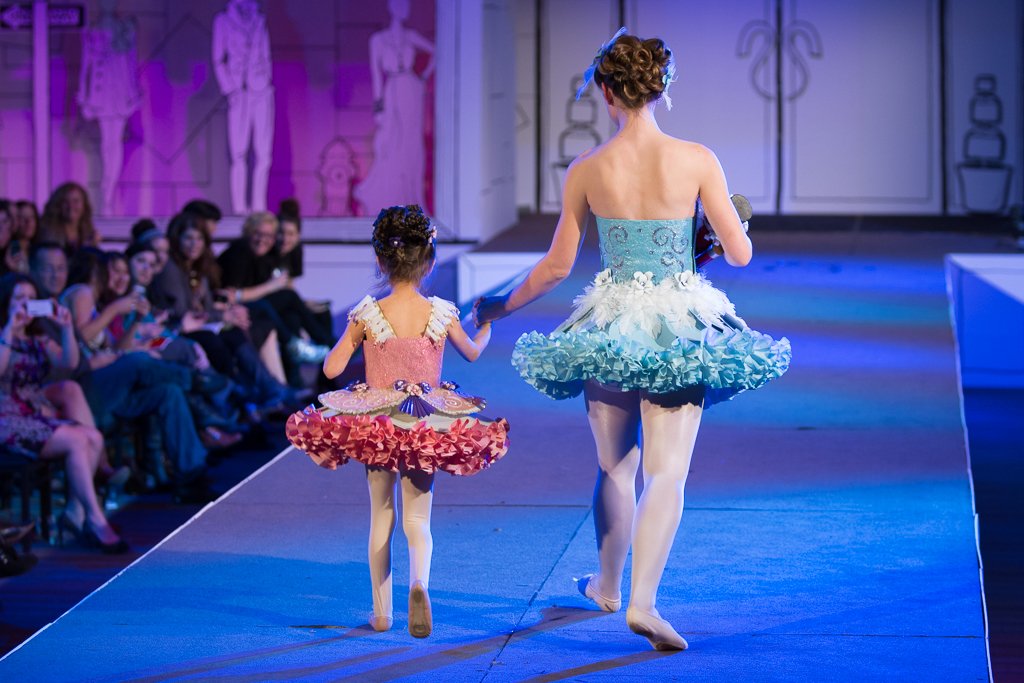 If the retractable wings weren’t impressive enough, the back of this design had an intricate featherlike train trailing behind that left the crowd double takin’. The paper used was Neenah Stardream.

The inspiration behind the design was described as “poisonous dragons and serpents.” 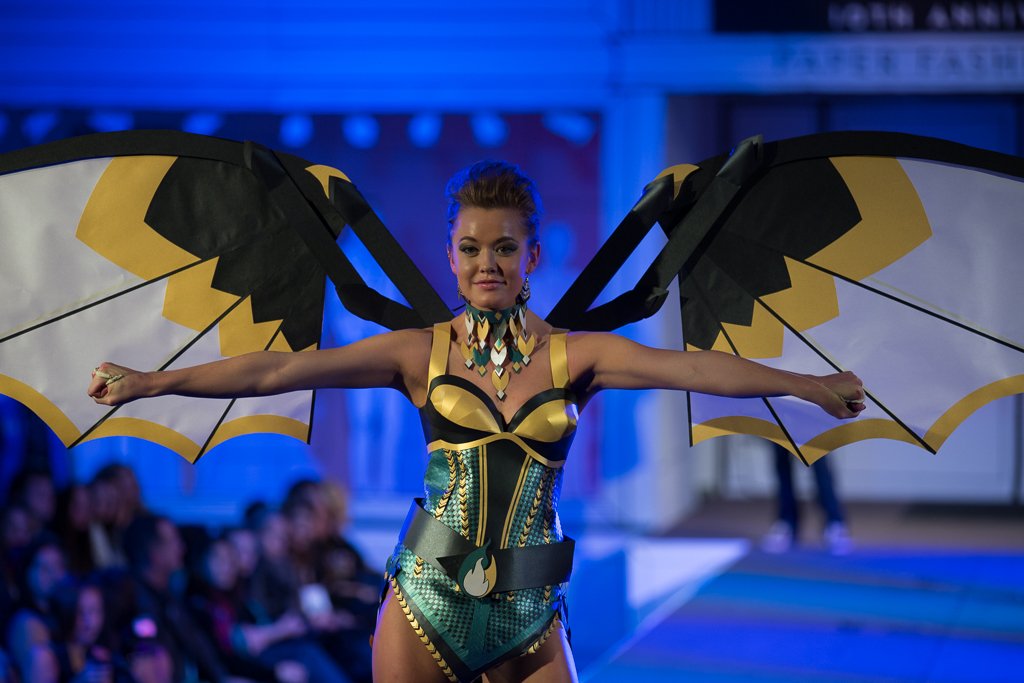 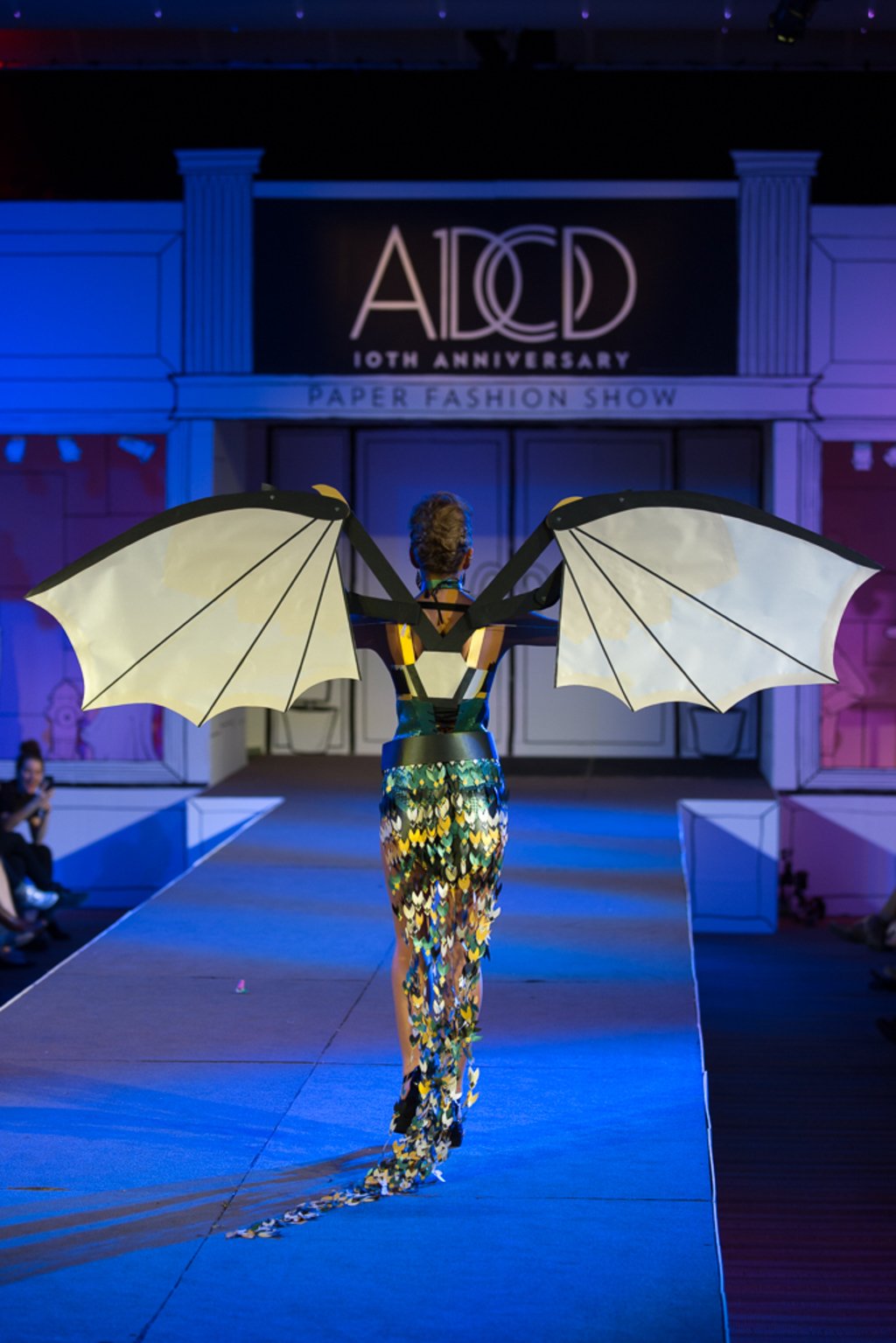 The detailed, perfect Octoberfest ensemble was a complete head-to-toe look with an exceptional use of texture on the blouse and undershorts.  The paper used to construct the look was Mohawk LOOP.

The design was inspired by “the traditional German attire called dirndl.” 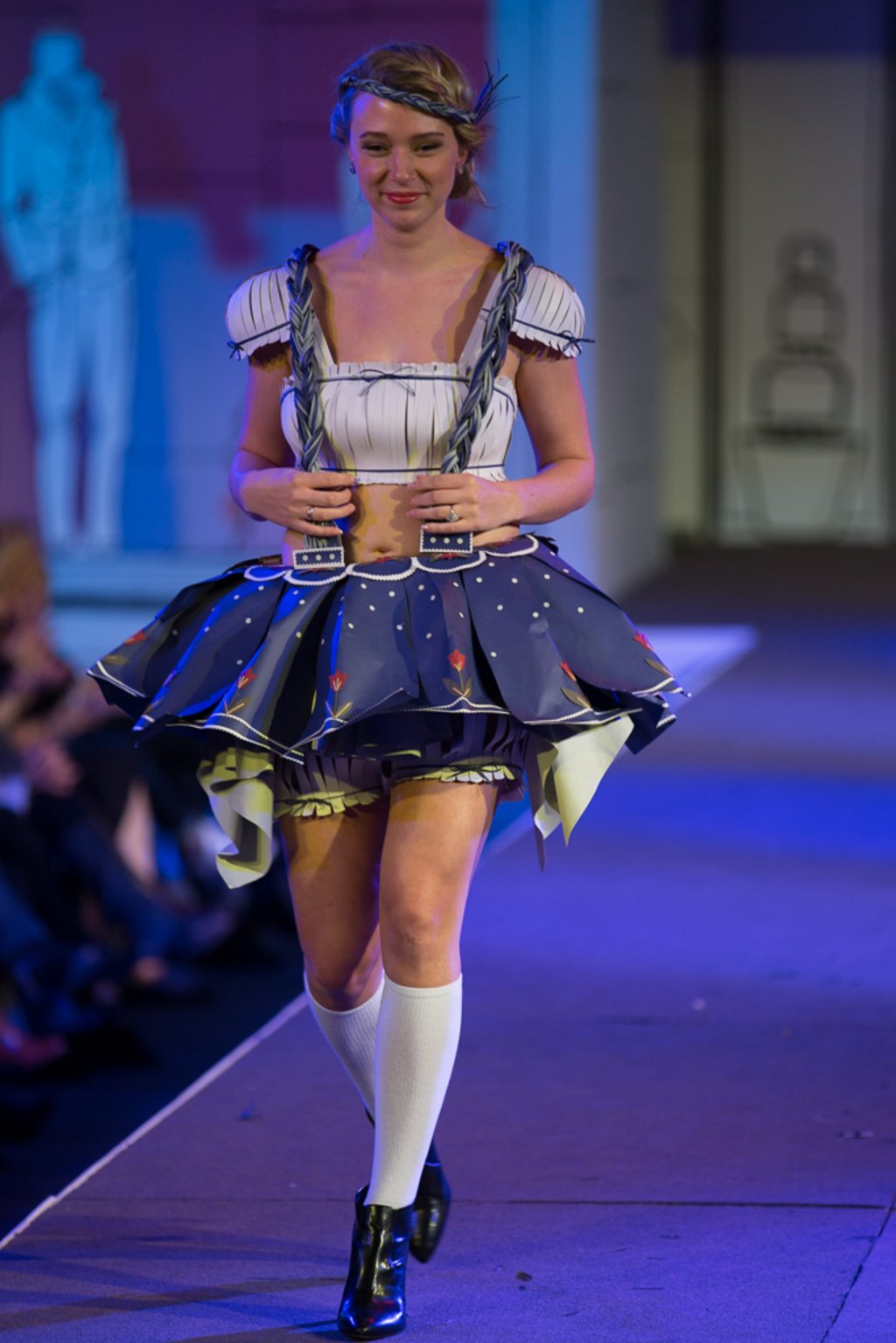 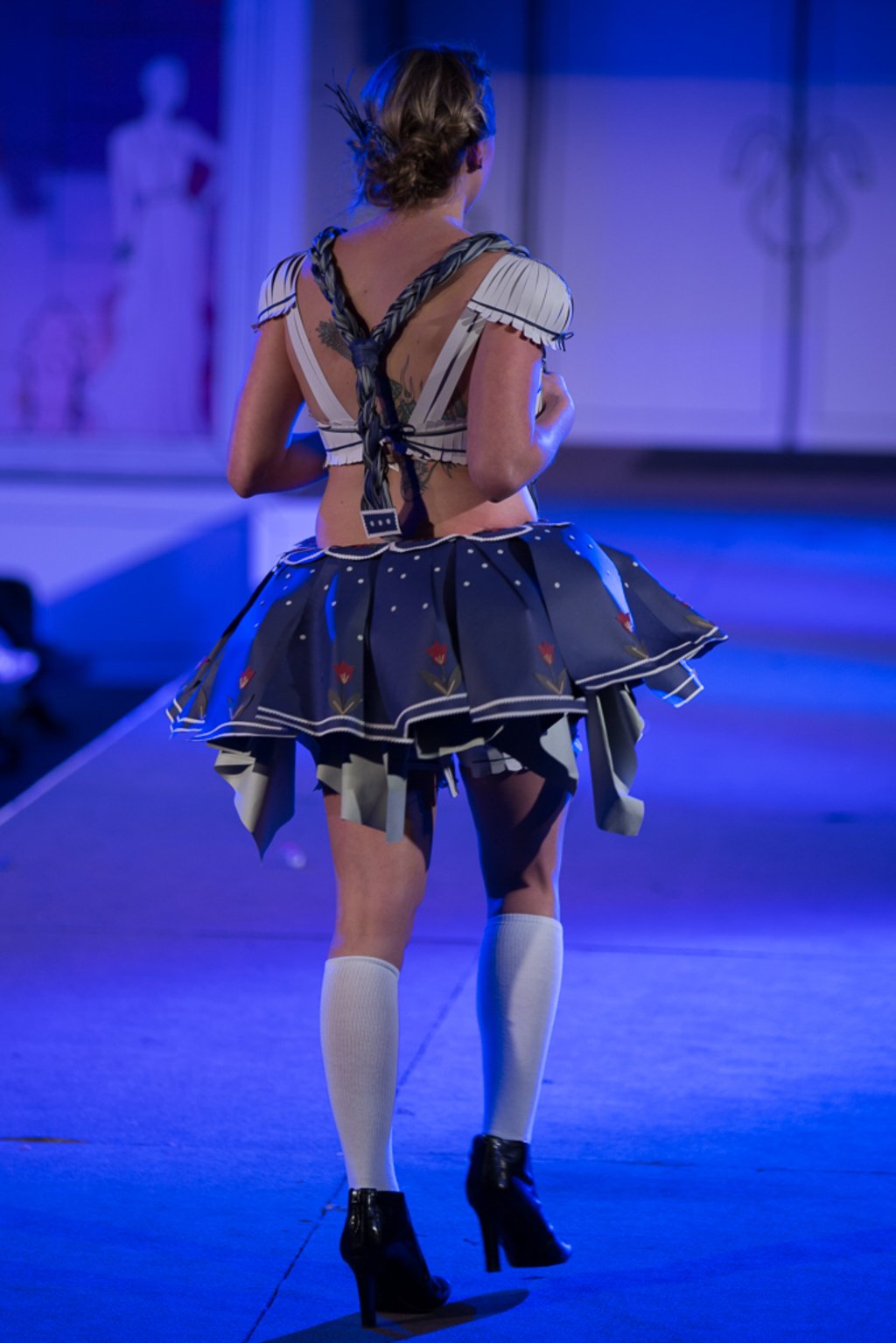 Category: That’s Made of Paper?

“Spirit of the Golden Wind”

That’s made of paper? My thoughts exactly as this magnificent design was elegantly walking down the runway. The complexity and unique use of color and decorative shapes made for a memorable design and crowd favorite. The stand-out look was created from Neenah Classic Crest paper. 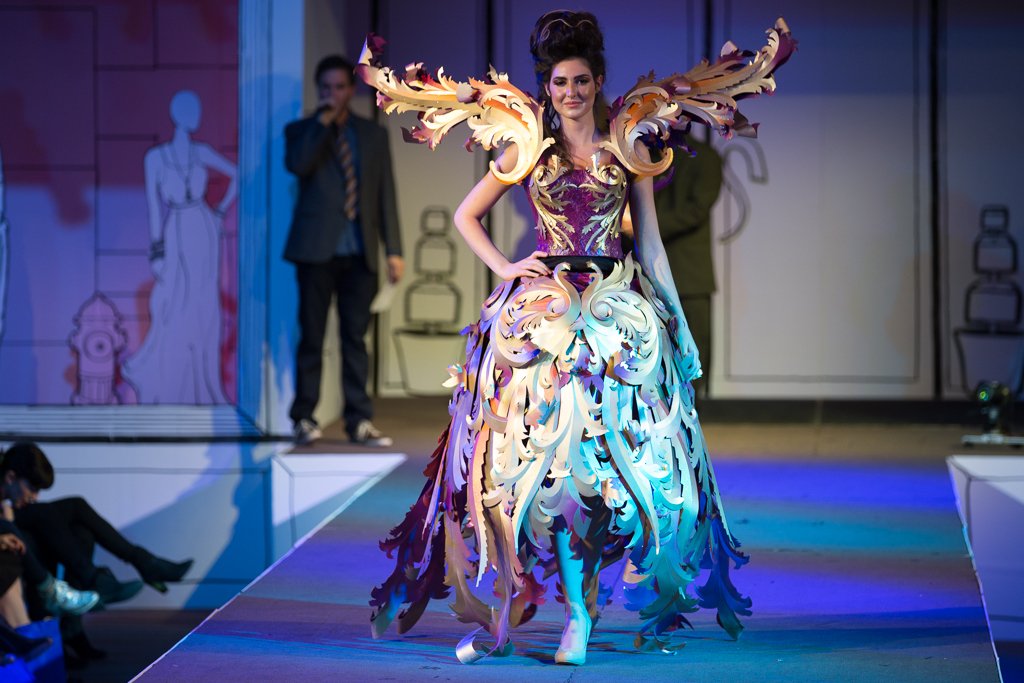 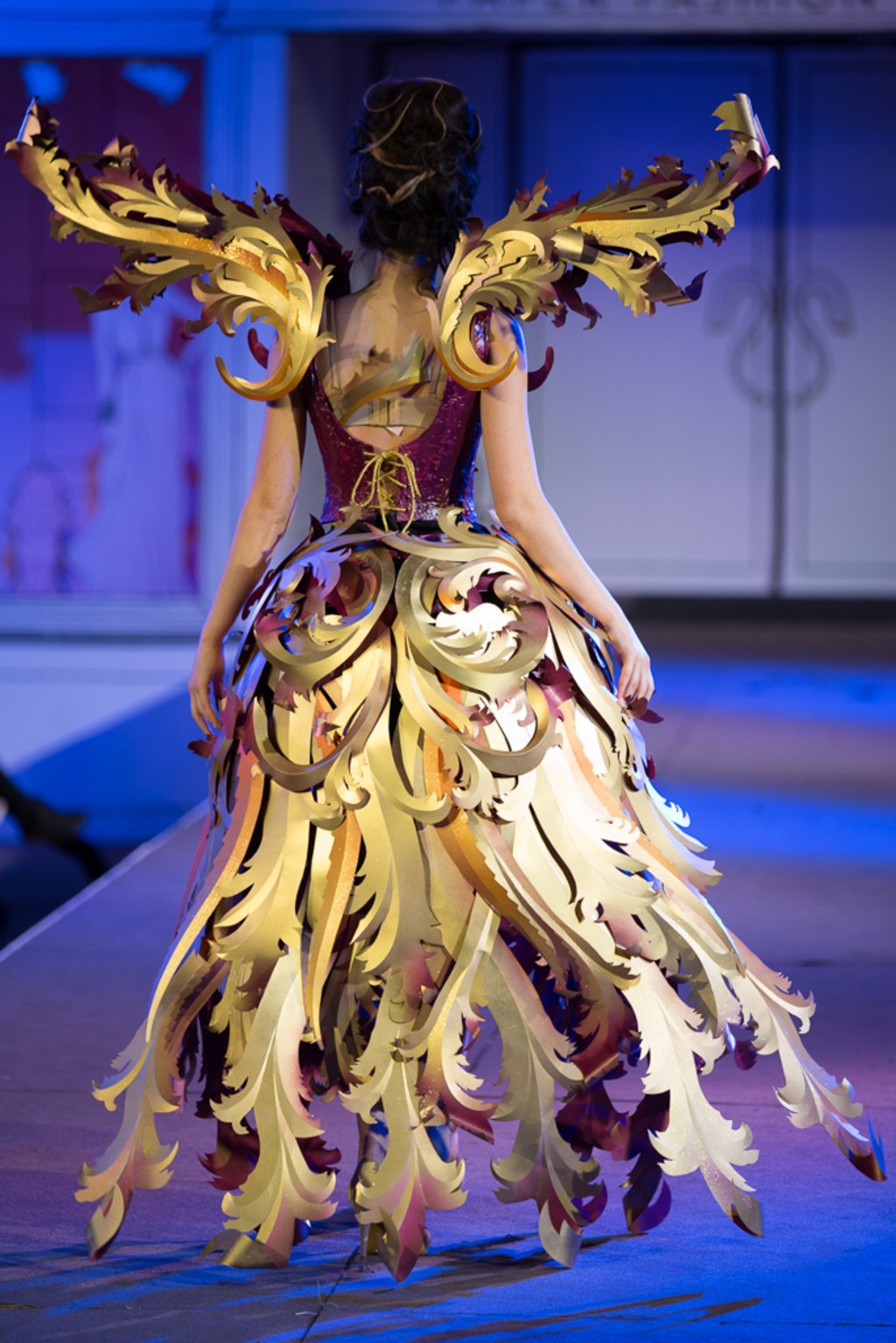 The futuristic illuminating look, complete with Google Glasses, was made of Mohawk Strathmore Premium paper. The design demanded attention with its bold accessories and clean construction.

“The mixture of of textures, technicality, and ingenuity captivated the audience.” 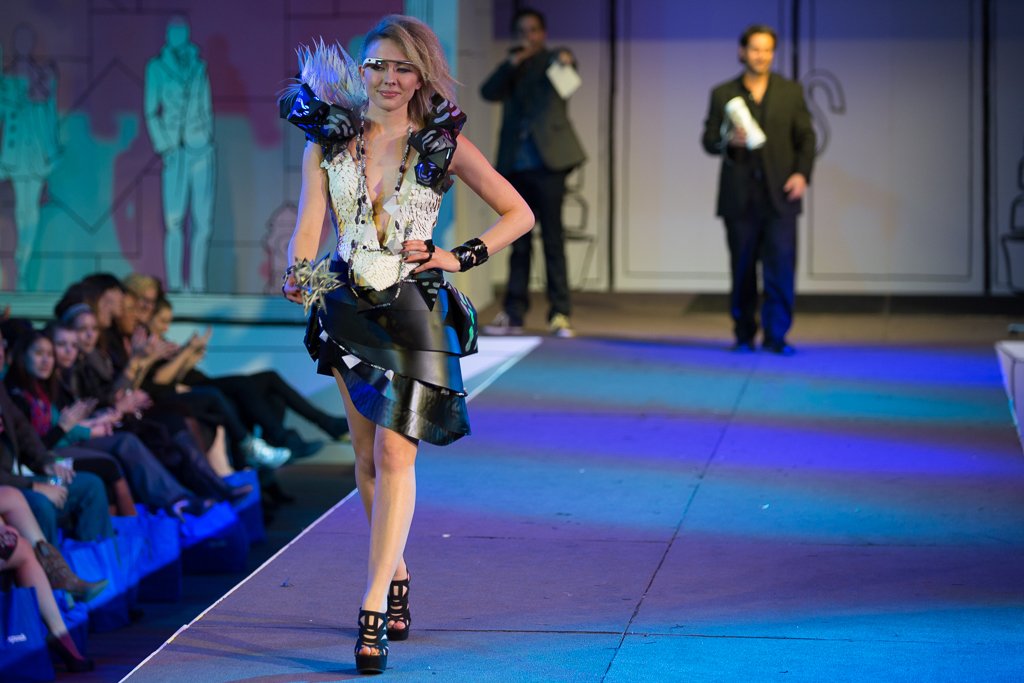 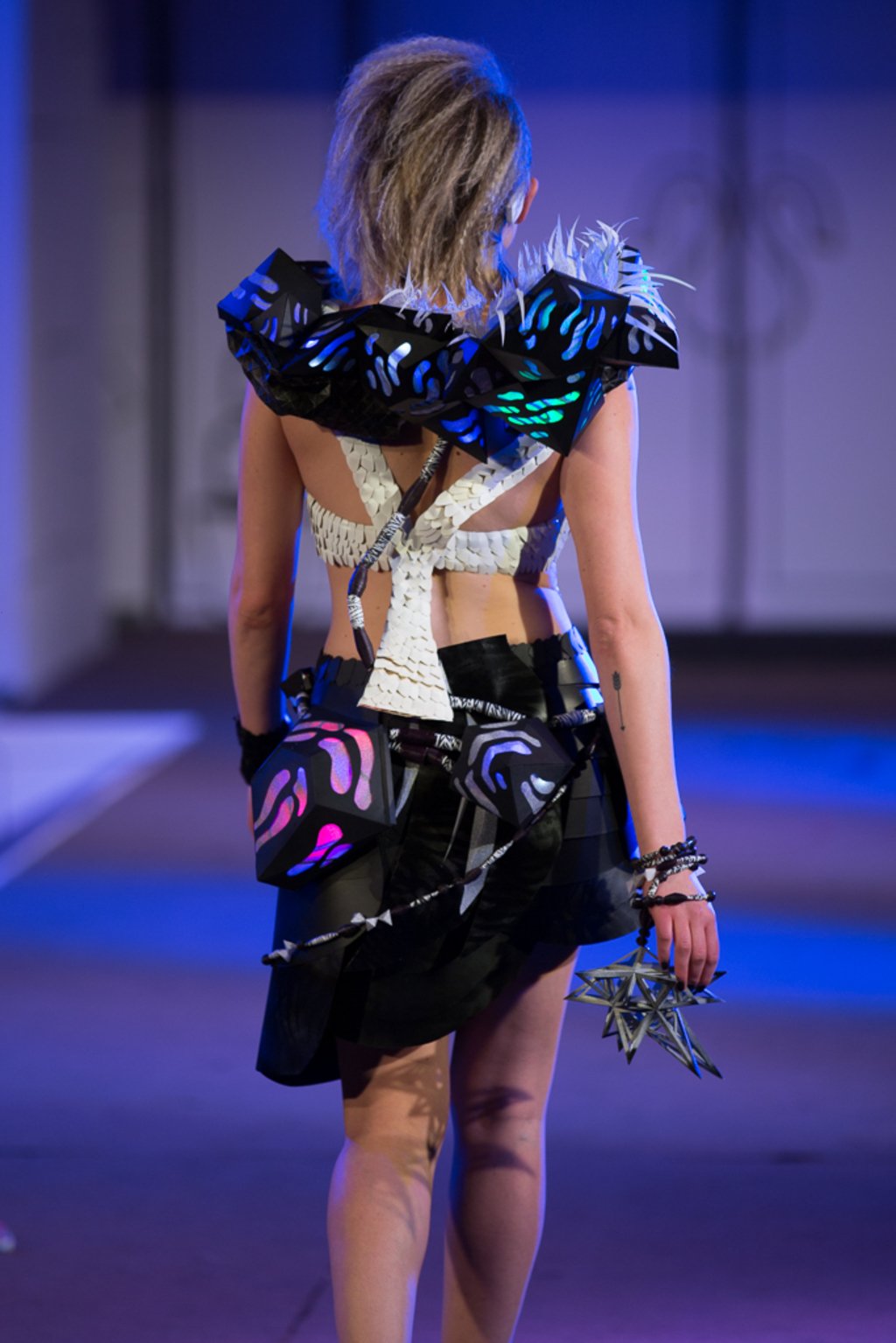 To view more of the show’s fabulous runway looks and pre-show madness click here to view our photo gallery courtesy of Jeremy Stephen.