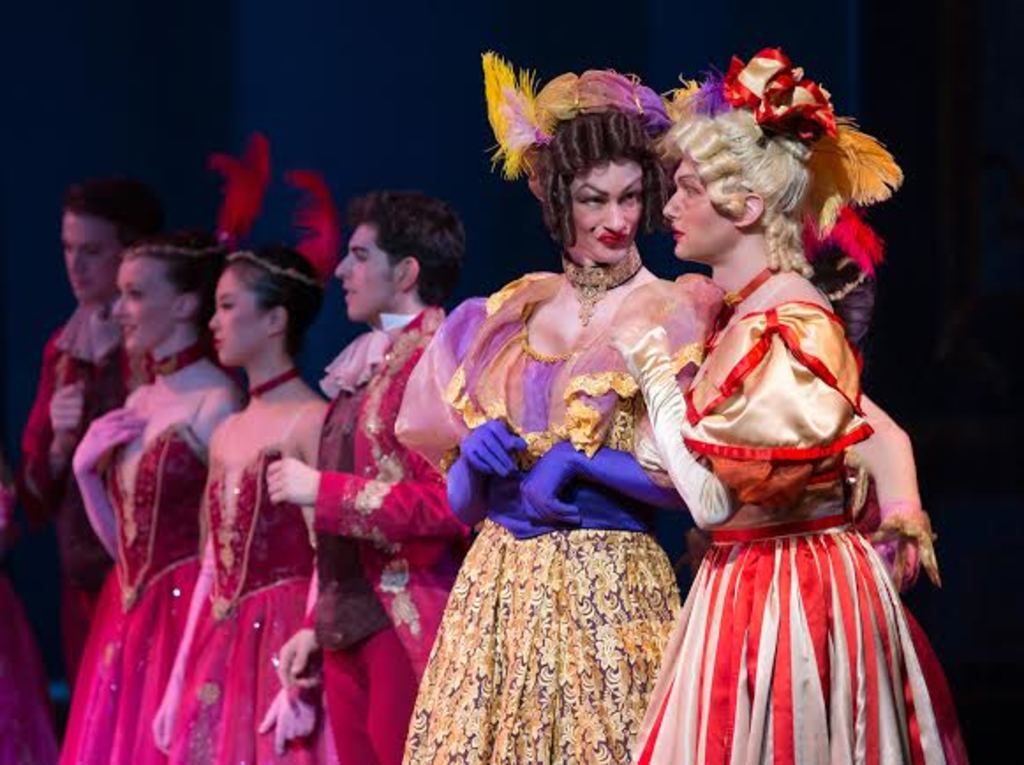 Colorado Ballet is kicking off 2014 with Cinderella, first danced in 1945 by the Bolshoi Ballet. This classic children’s tale is a very fun piece to watch, and it wouldn’t be the same without Cinderella’s ugly stepsisters to torment her during the first act of the ballet. As is the case with many storybook ballets, the role of an “ugly” woman often goes to a male dancer in the company.  I asked Colorado Ballet soloist Jesse Marks about the preparation – both in costume, makeup, and character – it takes to get into character. How long is the prep time to get into costume? Makeup, hair, the whole shebang? In our costume fitting, it took two dressers and about 20 minutes to get everything on.  I would say another 30 min for makeup and wigs.

What do you find particularly difficult about portraying a woman? Certain mannerisms, movements? 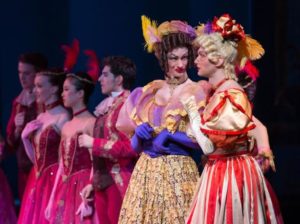 For starters, running, jumping, and turning in heels is pretty hard…   The most difficult thing, however, is to stay in character the whole time.  I have to go against all my natural tendencies as a dancer and as an actor.  In most roles, I place myself into the lives and situations of the character I am portraying and I draw on my own life experience and my own reactions to give a credible performance.  All of that experience and all of those reactions, however, belong to a man.  With the ugly step sister, I must change who I am, as opposed to adapting myself.

What do you do to prep for this type of character? There’s certainly an element of drag (otherwise a female would be cast), how do you find the balance between being a “masculine woman?”

The reason Ben Stevenson chose men to play the two step sisters is that our size and movement style is naturally less dainty than that of a woman.  Just having us stand next to Cinderella enhances her gracefulness and her beauty.  So instead of trying to be a “masculine woman,” I just try and be a woman, but allow my size and movement quality to take care of the masculine part.