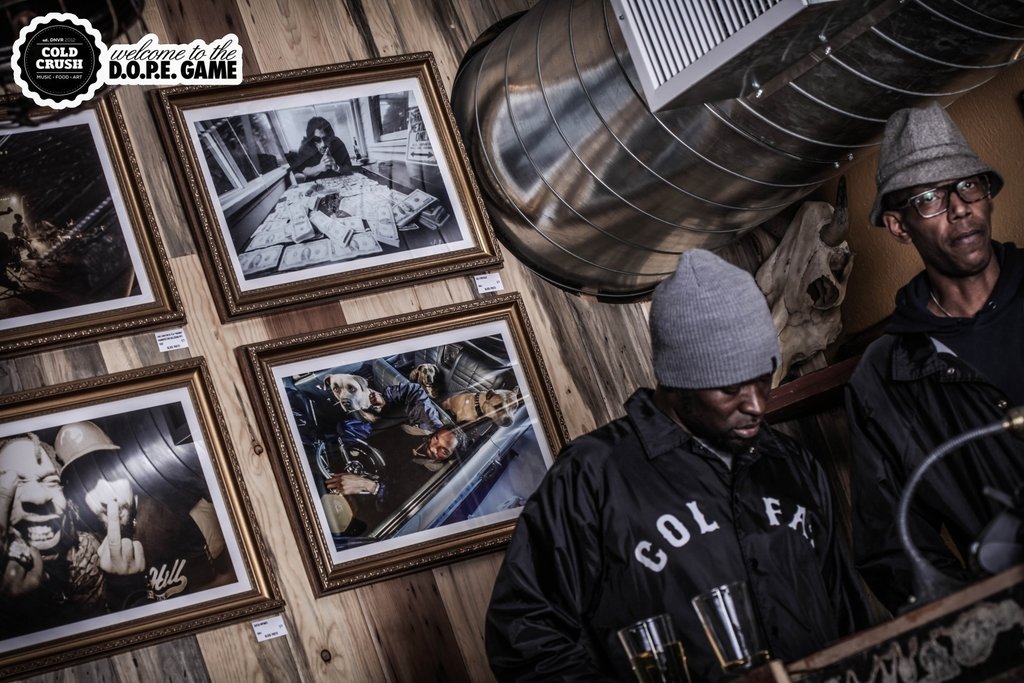 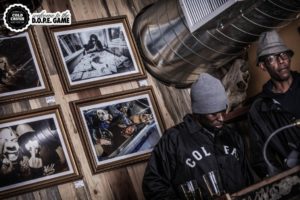 It’s a bustling Saturday morning at Cold Crush as a crew of folks usher in Cesario “Block” Montano. He’s healing from a leg injury that requires crutches but is in pretty high spirits as he sits across from me. We take in the atmosphere as some of his most beloved photographs are hauled in. Montano is the latest artist whose work will hang in a much coveted display of exhibition at Cold Crush. There’s a gaggle of adorable school-aged children being seated opposite glasses of orange juice (the cuties are the children of co-owner Brian Mathenge) as a team of art handlers prepare the pieces for hanging. Montano has a wide smile and a generous penchant for storytelling. I tell him how much I love the massive piece of Snoop Dogg surrounded by Pit Bulls and he laughs at the memory of the shoot.

“Before this, I took a photo of Snoop in his yard surrounded by his Pits. One was named Killer. Killer ended up dying and Snoop was so hurt about it. We did this particular photo using professional show dogs as kind of a tribute to Killer. Snoop didn’t think they were tough enough but we got this shot and it’s one of the better ones,” Montano explains.

Block hails from Venice Beach, California where the weather is perfect and the gangsters are original. Block is a staple in the west coast art world and one of its most sought after photographers. He has taken pictures of some of your favorite artists at times, before they ever uttered their famous raps. Surrounding us are photos of Kurupt, Eminem, The Pharcyde, Don Cheadle and so many more. These aren’t your typical snapshots, though; the images are captured in intimate settings and are from Block’s personal collection. 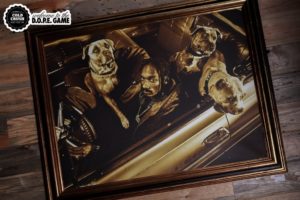 “I went to college with Don Cheadle,” he begins, pointing to a lively portrait of Cheadle in mid-dance and spin. “Nobody has ever seen this photo. If you sent it to him right now he’s going to remember that’s Block’s studio from CalArts. Some of these photos are personal stuff and not necessarily from jobs. I’m not bringing photos you’re familiar with; we create these in personal moments with the artists.”

Montano got his start as a photographer when his brother brought home a haul from an evening of burglarizing homes. It was this chance encounter with the lens (and the opportunity to hang with his big brother and chronicle their rambunctious happenings) that started Block’s love affair with the camera.

“I was about 14 years old when my brother came into the house and dumped all this shit on the floor and I said, ‘hey, let me get one of those cameras?’ He said if I was really gonna use it he’d give it to me. He made me shoot pictures of his gang the Locals From Venice. They were shooting heroin, doing all kinds of gangster shit. That led me to hanging out in the studio with 30 niggas and guns. They were banging, that’s how I grew up.” 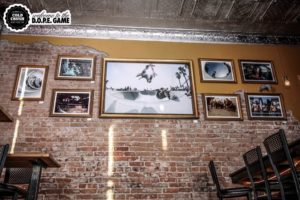 These humble beginnings led to the moments that are now hip-hop history. The photos of Tha Dogg Pound hanging in Cold Crush are of the members in their late teens. Like most artisans, Block knows his work is more than simply taking pictures; he is documenting the revolution and evolution of the times.

“We were right there during the black and brown riots. Everything that moved me about photography and film came from the environment where I’m from; Venice. At a young age I would go to the beach, skateboard and take photos. The photography has allowed me to walk in castles and ghettos and tell a modern story.” 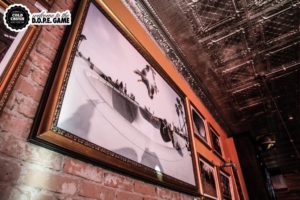 Artistry is as much about the technique as it is the passion to master the craft.  Block can capture his subjects using the modern fundamentals of photography that bring out the classic moments. Montano carries this authenticity as he continues to illuminate the culture that made him. He can identify symmetrical denominators in the photography of Annie Leibovitz and explain even the toughest of camera jargon to a novice. In all, though, Cesario “Block” Montano is here for the telling of a story, by any means necessary.

“I’m documenting this shit like Time Magazine or National Geographic. I’ve been published in Rolling Stone, Vibe, all of the big names. I’m a modern day master. At the end of the day, they’ll be able to say, ‘Block kept it real.’”

Cesario “Block” Montano’s exhibit is currently hanging at Cold Crush (2700 Larimer st. Denver) where the art is available for viewing and purchase.