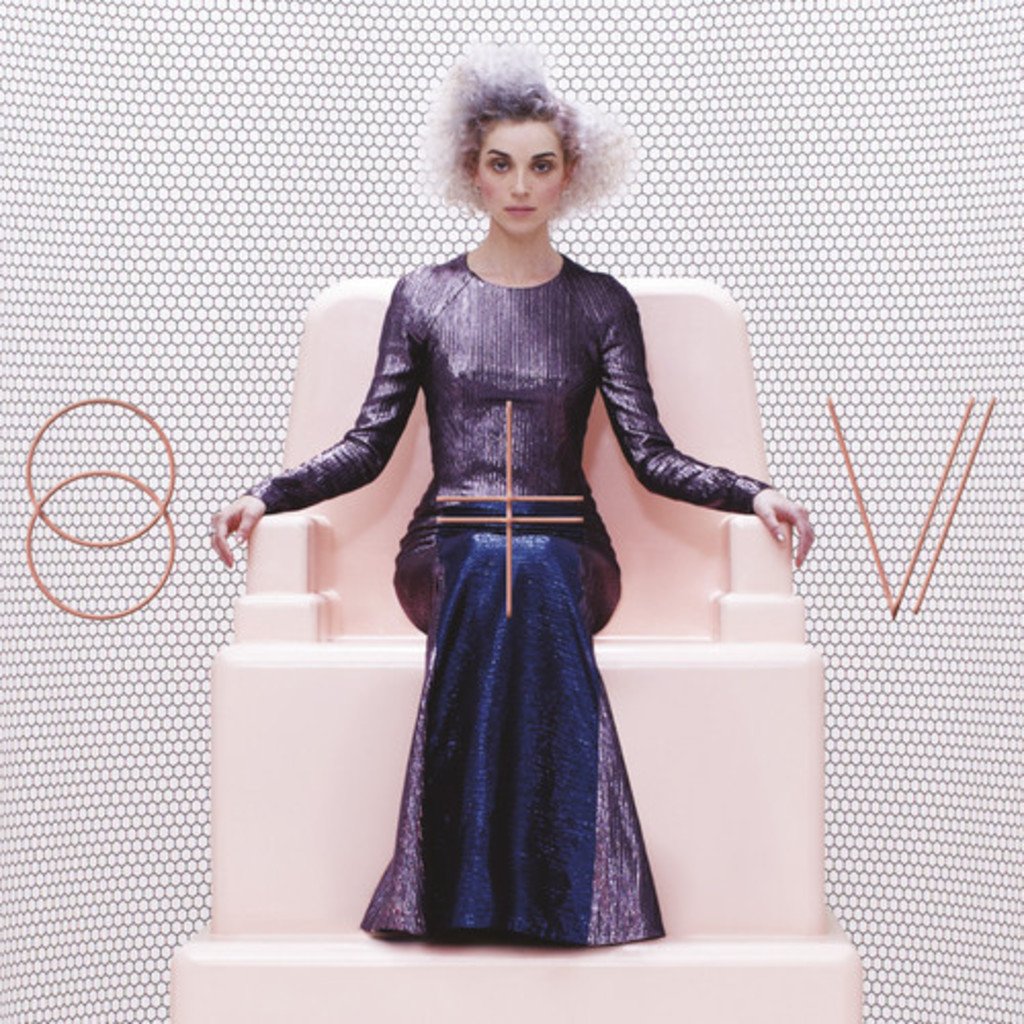 Bold from beginning to end, St. Vincent’s latest self-tilted release sees her music evolving into ever more complex patterns. Since 2009’s Actor, artist Annie Clark has always been especially creative in producing nuanced and yet addictive pop anthems, songs in which the melody tends to pull you in at unexpected moments.

For this record, her fourth full-length, it occurs in the slow and lovely “Prince Johnny,” but most would experience it in the spectacular lead single “Birth in Reverse,” an elegantly erratic cut that will win over anyone not scared away by its aggressive chorus.

Clark’s trick might be her mastery of syntax, creating lyrics that are hooky by nature and spectacularly smart wordplay. “This too will haunt me through the war,” she sings. “Laugh all you want, but I want more – ‘Cause what I’m swearing, I never sworn before.” Like a number of tracks on St. Vincent, “Birth in Reverse” leaves room for lyrical interpretation.

Others songs have more immediacy, like opener “Psychopath” and the grating pop crunch of “Digital Witness.” The opening song “Rattlesnake” similarly reels in the ears as its sleek rippling melody builds and builds into a brief rattling refrain.

The theme of reality – and more so, sanity – is integral to St. Vincent, heard not just in her lyrics but in the brazen throttling of bass and guitar that pops up unexpectedly across the record’s 11 tracks. A predecessor in that regard would be her one-time collaborator David Byrne, whose work is similarly defined by its pop genius and manic mood. Additionally, those who owned Dr. Demento compilations back in the day might also hear just a pinch of “They’re Coming To Take Me Away” among these tracks of loose realities.

Consider finally the closer “Severed Crossed Fingers,” a slow dark tune laced with desperation despite its peppy pop synths. “I sang that in one fucking take, cried my eyes out, and the song was done,” she told Pitchfork earlier this month. Agony rarely sounds so good.

Click here to listen to a full stream of the album, via The Guardian, or listen to it on Spotify.