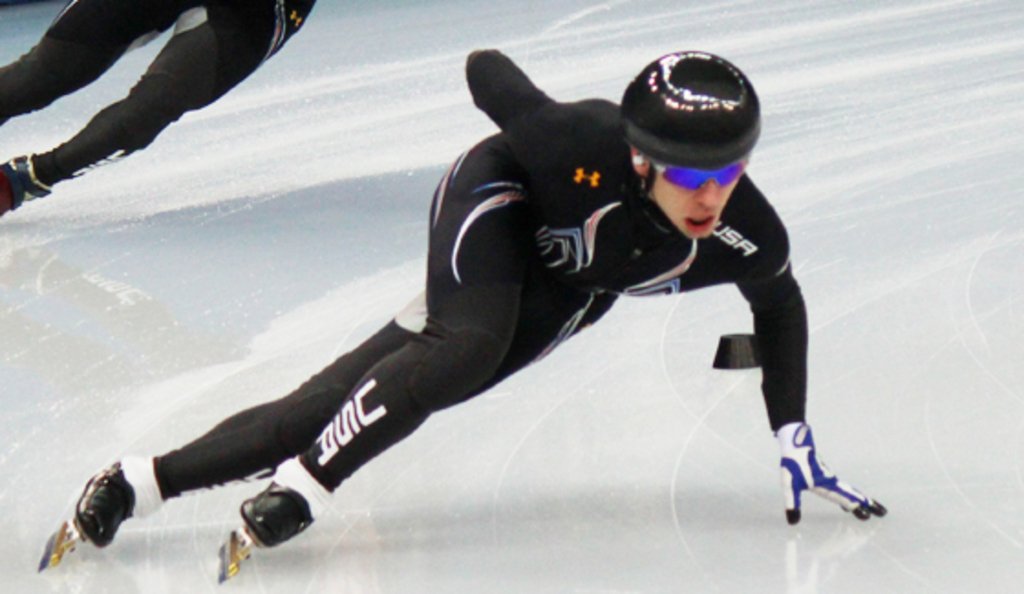 Meet Jordan Malone, US short track speedskater. Malone’s accomplishments have included: 2 short track world championship titles, 14 inline world championship titles, and a Bronze medal in the 2010 Vancouver Winter Games. Off of the rink Malone has faced his fair share of adversity both with injuries and learning disabilities like ADHD and Dyslexia.

Malone took time out of his busy Olympic training schedule to talk exclusively with 303 about his story and the upcoming 2014 Sochi Winter Games. 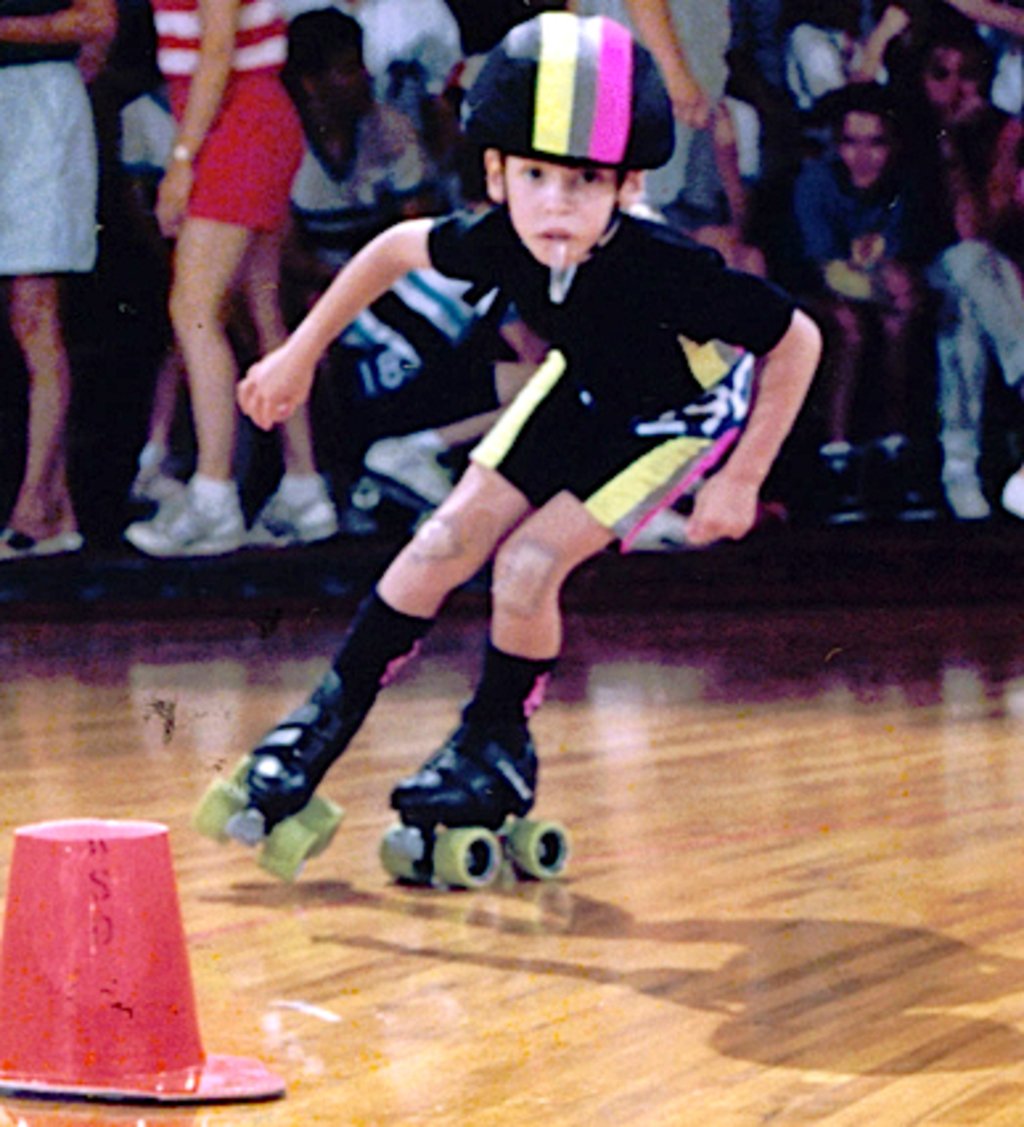 One of Jordan’s First Skating Competitions in 1990

303 Magazine: How did you begin inline skating?
Jordan Malone: I was about 5 years old and my daycare — Hidden Oaks took me. My mom bought me a cheap pair of skates thinking, “Yeah we will see how long this lasts.”

I was in a lot of other sports, and not to talk down on any of the popular sports out there, but just about anybody that picks up a bat and works hard can be good at baseball. Not one single person first puts on a pair of skates and does anything but fall on their ass. Me being a little bulldog determined kid really wanted to figure it out. I bit into the hardest thing I could get my teeth into.

What specific challenges does having ADHD present with your sport?

I am a little scrawny dude. You know I am 5’6” about 140lbs, and I sort of stumbled upon this sport that would allow a kid like that to thrive. Skating seems to be one of the only things that allows me to block out the rest of the world. Even when I am just sitting down doing paperwork, I have to have a set of headphones in or I simply cannot focus. When I skate nothing else bothers me.

How did your mom played a role in your success? 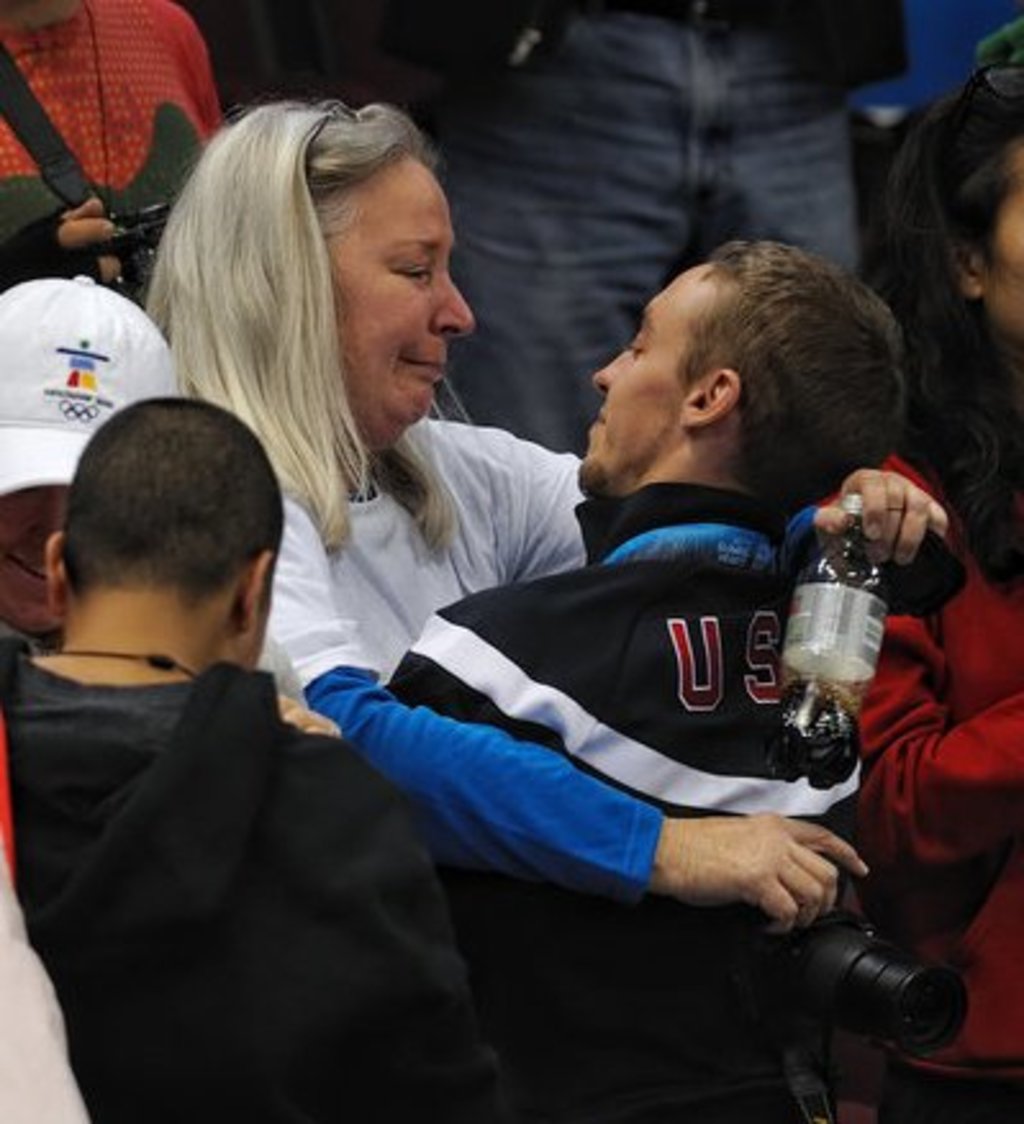 Jordan hugging his mother, Peggy, after receiving his first olympic medal in Vancouver.

I basically grew up just mother and son — I have not seen my father since about the age of 2. My mom always made sure I had positive male role models in my life, whether it be my uncles or a famous speed skater I looked up to.

She picked a job where she could work and support my skating career. She was there for every practice and every competition.  I cannot even fathom where I would be if I had a different mother in my life.

What led you to make the decision to switch to short track speed skating? [asphalt to ice]

In 2001 I was the overall Junior World Champion. I was coming off of a really big high, and then 2002 was by far the worst year of my career. I broke my leg (twisted it all the way around) in February, and then broke my face in June — which required 16 screws and 4 titanium plates.

At that point I thought I was going to quit, but that lasted about 5 minutes. In winter 2002 I had seen Apolo Anton Ohno do his thing in the Salt Lake games and I was like, “That is awesome. I want to do that.”

What was your first Olympic experience like in Vancouver? Obviously competition wise it was successful, but what were the emotions and atmosphere like?

There is nothing like it. It is hard to put into words. Nothing compares to walking out into the Opening Ceremonies — the roar of the crowd and you are surrounded by USA flags. Even though I got a medal, that was the defining moment for me in the last Olympics. I think that in your first Olympics you get caught up in the “shine” of everything, so as a returning Olympian hopefully I will be able to focus a little bit more.

What made you decide to keep competing after Vancouver for the Sochi Olympics?

I had to think about it. Four years is a long time, and you really have to focus on things one day at a time. I competed in the Vancouver Olympics with a torn ACL, so once that was over I focused on going to school and healing up. You never know how you are going to feel in 2 years, which is how I am going to approach my decision to compete after Sochi. Regardless of results I need to take a few years off, and then see how I feel.

Anything that I have not accomplished yet, I simply have not wanted it bad enough

Jordan practicing in Sochi only days before the 2014 Winter Olympics. Photo by Nanna Meyer

How do you think the Sochi Olympics will be different than the 2010 Vancouver ones?

The competition is better than ever — the times are phenominally faster. But at the same time I am better as well. Most of all I just have to use my experience on the ice, because they are going to be fast. Once you step out onto the ice there is nothing you can change — you either did the work or you didn’t. Worrying and being nervous will do nothing but adversely affect you.

What advice would you give young competitors with dreams of going to the Olympics? Especially perhaps kids with special hurdles like your challenges with ADHD.

I was at a low point with injuries and such about a year ago and I was ready to quit. I took a step back and realized that every single thing I have given up on has haunted me.

My favorite quote that I have been using for the last couple of years has been: “Anything that I have not accomplished yet I simply have not wanted it bad enough.”

If I can do it anybody can do it. I am by far not a naturally talented athlete, I just really want it.

You can watch Jordan compete on Feb. 13th for the  5k relay semi,  Feb. 18th for 500m qualifiers and  Feb. 21st for 500m & 5k relay final. Click here for a list of speed skating events and start times. And if you’d like to donate to support Jordan you can check out his GoFundMe at Gofundme.com/jordanmalone2014