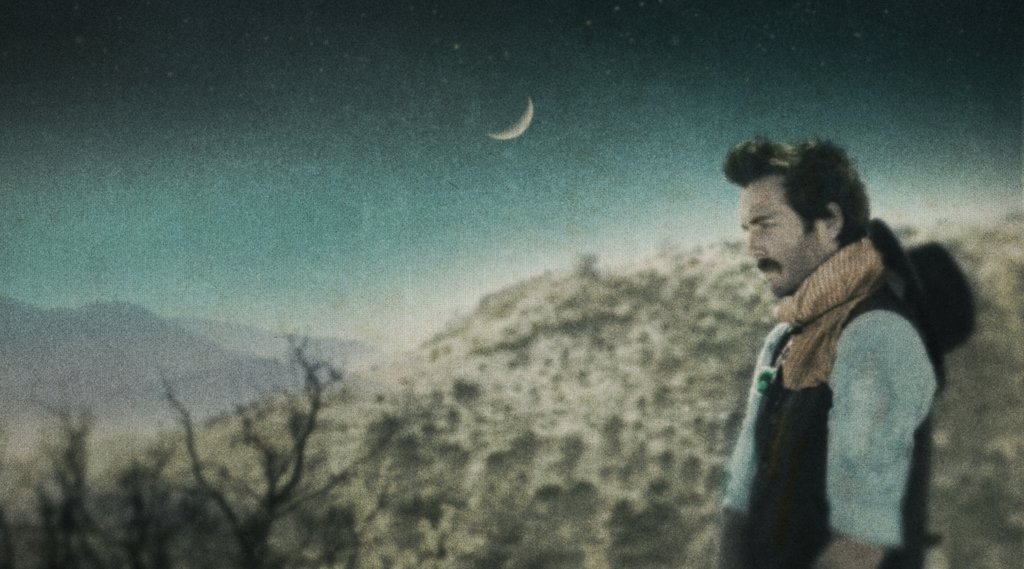 In an age where we’re musically served up with plug-and-go tunes that swiftly swoop by like a thief in the night, it’s rare to find the musical equivalent to a lucid dream. And that’s just what American indie-folk band Lord Huron serves—an escape to a faraway time and place through geographical influences trotting alongside as visual cues. The acoustic melodies and harmonies leave enough space to run, but map out the proper trails to blaze.

Lord Huron is the creation of Michigan-bred Ben Schneider, whose method of music making parallels that of writing into existence the characters and setting of fiction novels—also something Schneider dabbles in. Lord Huron began as a solo project, but has now evolved into a touring four-piece ensemble.

One track from Lord Huron’s 2012 album Lonesome Dreams and you’re suddenly meandering through a desert in Arizona, searching for a steed that ran off with your last jar of moonshine. These are the visuals Schneider paints with the not-so-relatable lyrics of his songs.

When I called for our interview, I expected a slow drawl indicative of one of his characters. Instead, I reached the spirited voice of a relaxed Schneider, more than happy to discuss the way in which his music tends to embody a different time and place and the characters that make it come alive.

Ben Schneider: I’m good how are you?

I’m great! How does it feel to be coming back to Denver headlining, especially considering many of these shows are already sold out?

It’s great, especially coming back to Denver, we always have a lot of fun playing there. We’ve actually played there like seven or eight times before. So we’ve made the rounds of the venues there and it’s cool to see how we’ve stepped it up every time. We’re really looking forward to a bigger venue and bigger crowd.

I love your first album and your lyrics have so many themes of loneliness and solitude but you’re able to portray them as an adventurous dive into life rather than a feeling of isolation. How do these themes in your own life translate to how you transform them into your music?

It’s kind of been the main theme in my life—kind of the great struggle of my life—that I really need time on my own and that’s one of the most important things. I started out on my own and I’ve done my own thing but I also really need family and friends and relationships. So sometimes it can be a challenge to balance those two things.

But I really feel strongly the need to just get out into the world and see what’s out there.

And you come from a background of journalists, so what’s your personal creative approach to writing music?

You know, it’s never really the same approach. The inspiration can come from anywhere. It could be a lyric or a melody or some image that I feel the need to describe. And with the way my life has been for the past few years on the road all the time, I’m really trying to gather some good material while touring and then when I’m home and have some time to assess I’ll lay it all out and try and piece it all together.

And George Ranger Johnson, can you explain him and his role in the Lord Huron entity?

[Laughs] Heck yeah! Well, he is a sadly under-appreciated fictional adventure novelist. Like I said, I don’t always start somewhere personal, but in this case I really wanted to take those more personal events and kind of filter them through the length of this adventure novelist and kind of see how they came out as an album. So that’s kind of how that happened–using him as a vehicle to create those stories.

Hopefully fans appreciate his role in the music. You weave a lot of aspects of landscapes and visuals into your music and it oftentimes sound like a separate world you’ve created rather than just an anthology of music. How do you make your music feel almost more like a place than a sound?

I have a pretty strong background in visuals—I went to art school—and I think I just tend to think very visually. So sometimes a song will start out that way and I’ll be developing a piece of art work at the same time as the song and I kind of let them inform each other. I’ve just really like sounds that can envelop you and describe a sense of place and a sense of being at the same time.

It sounds like you have a really strong connection to these places you’ve traveled to. What are you trying to communicate through your music in terms of those connections to places almost versus people?

I guess in a lot of ways that’s always been my form of spirituality. Just nature and different worlds. I know that sounds kind of vague but that’s my personal spirituality and I guess I’m just trying to inject some of that into my music. And I don’t know, I guess I’ve always tied places to my forms of experience.

I definitely agree with that. It’s almost like the different gods of different places and the ways things speak to you translate more to places becoming your soulmate rather than it having to be a person.

You guys performed on Jimmy Kimmel last month, what was that like?

It’s an interesting experience that kind of just flies by. It’s really fun and well run, but you’re kind of sitting around and really nervous all day and then you play for like five minutes and it’s all over. It all just happens so fast. But it’s an exciting thing to be able to do.

You toured with alt-J last year and they also have a pretty non-conventional method to creating music, did you guys share any creative wisdom?

Yeah, I mean, we had a good time meeting those guys and watching them work, but it’s funny, when you’re traveling on tour it seems like you’d have all the time in the world to hang out but it’s a lot of work being on the road. But we hung out when we could and we had a lot of fun just watching them play every night.

The songs on Lonesome Dreams are a pretty deep extension of you, is there maybe one track that connects on a deeper level?

I kind of have a special place in my heart for each of them. It’s kind of like your children—you can’t choose just one—I really think of it more like a big body of work.

And what’s it like seeing fans connecting to your music and singing along considering it comes from such a deep, personal place?

I never quite get used to that. But it’s incredibly flattering and gratifying that people will find something to relate to in what I’m writing about. It’s a great feeling.

Can you tell us anything about the film you’re working on that will go along with the next album?

Uh, it’s all pretty in the works right now so I don’t want to get too far into it. Things change fast and I wouldn’t want to set any expectations that are different from what the final product becomes. [Laughs] I’ll let it speak for itself when it comes out.

Where are you doing most of your writing for the second album?

Most of it’s done on the road, to be honest. But I did some in Michigan over the winter and I’ve been writing in Las Angeles when I’m back there. It’s kind of all over the place, but we will probably do most of the recording in LA this time around.

And since you’ve been on the road, do you have any new favorite places that’ll appear in your upcoming material?

We’re just going through Montana for the first time and I really like it here. It’s beautiful country out here—really cold—but definitely beautiful.

Do you have any plans to do any outdoorsy things in Colorado while you’re here?

I wish we had time but I think we will pretty much just be passing through.

That’s too bad. One of your fans asks: what’s the over/under on your bolero tie collection?

[Laughs] Well, you know, my first one which I wore for years was actually one that my sister made for me!

Yeah and that one was recently retired since it was so worn out. I’m actually looking for a new one, so if anyone wants to hand me one after the show, I’d be more than happy to accept it!

I will make an advertisement for all your fans to toss some bolero ties onto the stage during your Denver performance.

[Laughs] I appreciate it!

Don’t miss Lord Huron’s February 21st show at the Ogden Theatre. It will be an amazing live performance from some very talented people. Grab your ticket here.