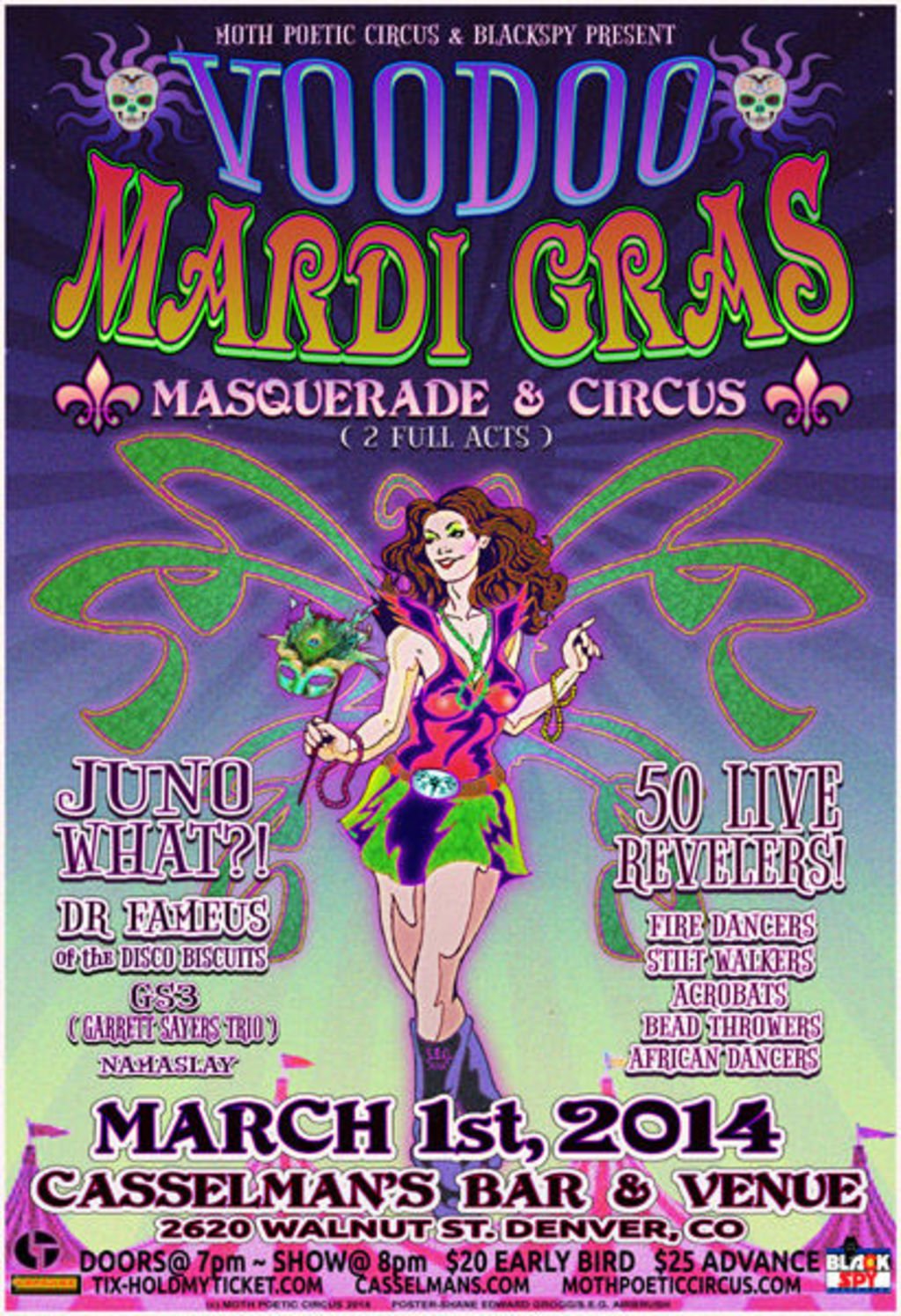 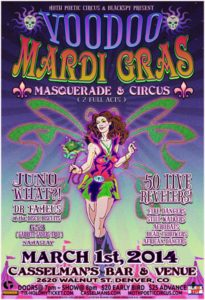 Does your weekend involve live music and aerialists? Not yet? Well, it should. Casselman’s Bar & Venue is hosting the Voodoo Mardi Gras: Masquerade and Circus. This marvelous event will display 50 live revelers, an array of musical performances, circus charades and character actors. The spectacle, put on by Moth Poetic Circus and Blackspy, is guaranteed to leave the audience both stunned and overcome with excitement.

Juno What?!, GS3 (Garrett Sayers trio), Dr. Fameus (of The Disco Biscuits) and Namaslay will have the crowd boogying, while two sets of circus shenanigans will woo everyone with a multitude of talented performers. So much entertainment all crammed into one evening!

Joey Porter’s band, Juno What?!, is a local funky favorite and always eager to amuse. Juno What?! repeatedly brings a blast of energy to the Denver music scene. The three-man electro-funk group just released their third album, Late Night, which received much applause from fans and critics alike.

Music aside, the Voodoo Mardi Gras Masquerade & Circus will be featuring a menagerie of performance art- including the Voodoo Queen, herself. Deena Marcum, MOTH Poetic Circus Artistic Director, wants to accentuate the variety at this event. They strive to capture the insanity of New Orleans’ Mardi Gras and establish an environment where all party-attendees can let go of their inhibitions and participate– not just spectate. Between musical performances, there will be half hour circus acts. Forget going out for a smoke or hitting the bathroom during the set breaks. You’ll won’t want to miss a thing.

Fire dancers, stilt walkers, acrobats, bead throwers, body paint and African dancers & drummers. Doors are open from 7:00pm – 2:00am on March 1 at Cassleman’s. Tickets are $25 and can be purchased at http://casselmans.com/event/161050.

Be sure to dust off your favorite Mardi Gras costume- as they are highly encouraged.