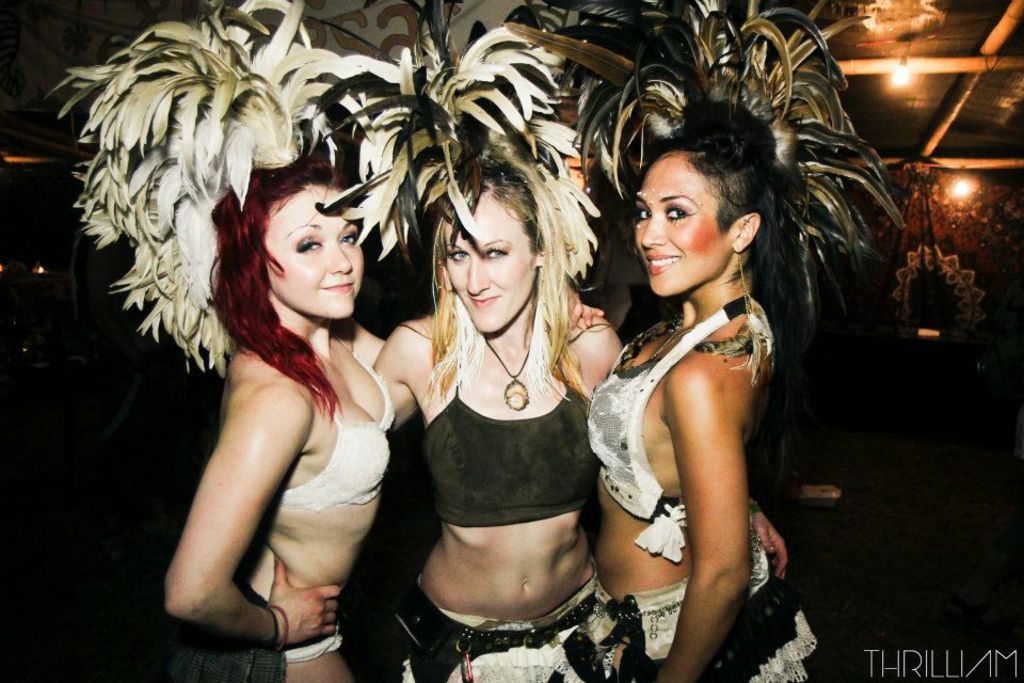 Producing a first-rate music festival in a third world country is a jungle sometimes–literally. “Last year, an unseasonal monsoon moved in on Friday afternoon. We didn’t see the sun again until Sunday morning. Getting through that felt like a feat. That’s when you’re extremely happy and honored to have the crew around you that you do. Everybody hustles and makes pro decisions and saves a lot of time and energy and cash and heartache and everybody’s experience, at the end of the day,” reflects Justin Brothers, co-founder of Costa Rica’s Envision Festival. The rainforest gathering has certainly weathered its share of challenges over the last three years. But year four sees the transformational event with a brand new home-base in Rancho La Merced, a wildlife refuge on the Pacific Coast near Punta Uvita.

“This is your true jungle festival setting. It’s a five minute walk from the site to the beach, and that’s under a tunnel of palm fronds. Eighty to ninety percent of the camping area is shaded. Nice grass. The layout of the site is amazing. It’s not your typical box square field. It’s an interesting and intricate site. Palms and mango trees and huge, old, dinosaur-esque mother trees. People are gonna love it. We’re really excited to have forged this relationship with Rancho La Merced.”

A new venue isn’t the only change in store this year’s installment. “Our lineup has definitely taken a different approach this year with Papadosio and Medicine for the People. Rising Appalachia. Roots Underground, which is a large-scale reggae band. We’re really stepping into that band/live performance world more than we ever have. We still have that electronic vibe, undoubtedly, with Tipper and Polish Ambassador. But nobody can look past the fact that we’re really bringing in these other live elements.”

The increasing incorporation of live music compliments Envision’s existing live performance elements. “We have a ton of live painters scattered throughout the high traffic areas, to make it an impactful, artful, full festival experience. We have clowns that cruise through the crowd and interact with people. Aerialists. A fire area where people can play. Rock balancing. Taking a chapter out of the book of Burning Man, we wanna create this container where people want to bring their offerings and become a participant more than a patron.”

Envision’s jungle setting is its single biggest selling point. Fittingly, Brothers and his team intend to ensure its future. “We work with an organization called Community Carbon Trees, which is a localized reforestation project within miles of our festival site. A certain percentage of our ticket sales every year go toward supporting Community Carbon Trees. For every $25, a seedling is planted and looked after and cared for for 25 years. It’s a pretty good program, reforesting animal corridors and natural habitat in the area that’s been decimated over the past 60 years.”

Envision 2014 Preview by Smash LeFunk from Envision Festival on Vimeo.