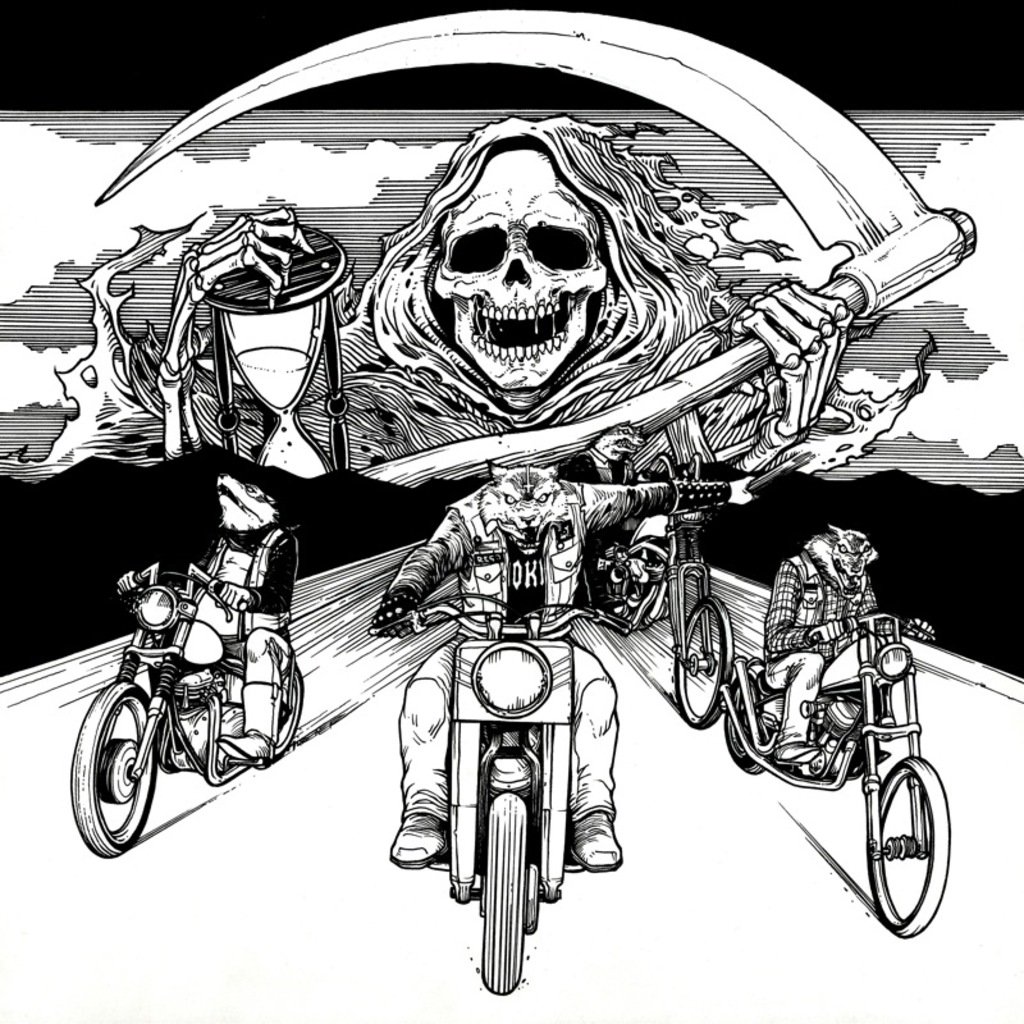 EyehateGod and Speedwolf at the Bluebird 1/26

After just a few weeks of living 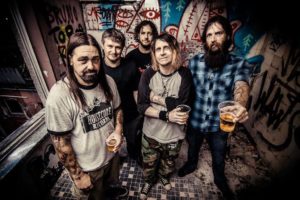 in Denver, it was clear to me that Speedwolf are the staple metal band around these parts. Not only are they a D.I.Y. (Do-It-Yourself), local band that have received international recognition, something about their raw, speed metal sound seems to go really well with the culture of Colorado — from the vast scenery and the wildlife, to the gritty, sometimes rugged feeling of the cities and towns. Recently, I spoke with Speedwolf vocalist Reed Bruemmer about wolves, mountains, metal, and pissed-off girlfriends.

303: Is the entire band from Denver? What inspires you to write music about your pride for the city? What do you all love about Denver?

Reed: Two out of four members were born here, but all of us grew up here for most of our lives. The more we hear from transient 20-somethings about how wherever they’re from is so much cooler/tougher/etc than Denver666, the more we like to remind them where they are now and how we’re proud of it. Honestly I enjoy how everything here is set at ‘medium.’ Medium crime rate, medium sized, medium climate, medium income. No flash, no fuss, and not a shit-hole!

303: You all seem to be Broncos fans, and you work this into your performance. You even make Broncos merchandise! Have you ever gotten any attention from the Broncos for this? Are they stoked to have the fan support?

Reed: We are a part of the Denver666 elite. Weak, fair-weathered scum that wish not to follow the Left Hand Path of Elway, step aside. That being said, our designs are all original and only pay homage to a select horde of satanic football maniacs that worship in the sewers of Mile High.

303: The metal scene in Denver seems pretty booming, but it often gets overshadowed by some of the better-known scenes here, like EDM or jam. How would you describe the Denver metal scene to an outsider, and what makes it so awesome? What is it missing?

Reed: The metal scene in Denver666 has always had to work twice as hard for any recognition. Unlike most musicians in this town, we’re not trying be a part of a scene that is big somewhere else. Jam bands or EDM artists are just people that happen to live here that adhere to whatever wave of cool is beaconing from the other major cities in the country. We’re simply creating our own self-sustained unit. Land-locked and loaded!

303: Recently, you all have been experiencing a lot of success. What big things have happened in the past few years, and how stoked are you to be representing Denver metal on such a large scale?

Reed: We’ve worked hard and been very fortunate for our success. In the past two to three years we’ve done almost 300 days of touring domestically, and within the past few months, internationally. We’re incredibly proud of where we’re from and what we represent. Let me put it to you this way — watching someone in the middle of Romania sing the words to ‘Denver666’ at the top of their lungs is mind-blowing.

303: Although Motorhead are from England, their aesthetic of motorcycles and outlaws, which you all also use, seems to work really well with Denver, as well. Was this part of your inspiration in taking cues from this aesthetic for your band?

Reed: Our aesthetic has been formed by the help of local Denver666 artist, Sam Turner. I’m the only member that rides and works on motorcycles, so it’s in my blood. It only makes sense that it comes out in our music for that reason. Believe me, we’re not trying to force an image towards our audience and play make-believe on stage. We’re very humble and straight-forward people that come from working-class backgrounds. We just love old metal and are in debt to the purveyors of those styles; our outlook is to pay homage as best we can.

303: Aside from just being ‘badass,’ the ‘wolf’ in your name also makes me think of the beautiful, unrivaled wildlife in Colorado. Was this part of the inspiration for the name Speedwolf, or is it more of a snide comment on the alpha male thing?

Reed: Our bassist, Jake, came up with the name randomly when we all first started practicing together. It was one of those blurt-out-an-idea moments that just stuck with us. At the time we weren’t clever enough understand the relation it had to our surroundings or machismo.

303: What are some of your favorite places to play besides Denver? Where did you have a really great and memorable experience playing live?

Reed: Touring Europe was the time of my life, to say the least. I would drop everything to get back on the road out there again and again. As far as the US, we’ve played both coasts, all major cities, and almost every state in the lower 48. I’m never disappointed and always blown away at how supportive people have been to a small metal band like us, from the middle of America. 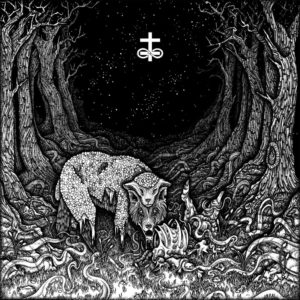 303: How involved are you in the local scene? Do you all book shows, or try to get your friends’ bands in other cities to come through?

Reed: I’ve been playing in bands, booking shows, running distros, working in bars, starting record labels, making merch, and attending events for almost fifteen years. It’s silly to not be involved and to expect any sort of support. Put in time and eventually your time will come.

303: What is your craziest story from being on tour?

Reed: Probably all those crazy times where we lived off the “McDonald’s Dollar Menu” for months on end, while sleeping on concrete floors in sketchy houses, only to come home to girlfriends accusing us of being unfaithful rock stars, drug addicts, or self-absorbed. [Laughs]

303: You all recently released an album, and you’ve been touring a lot and doing well. What is your next move? What does the future hold?

Reed: Unfortunately our album isn’t as recent as I’d like it to be. Ride With Death came out in the Fall of 2011. Moving into 2014, we hope to have our second album out and to hit the tour schedule hard as usual. We’d love to make a good-sized dot on the line of metal history, and ultimately be a band that people in Denver666 are excited to see year after year. Thanks for the interview.

Be sure to come out to The Bluebird Theater on Sunday, January 26th to see Speedwolf with local doom band In the Company of Serpents, and New Orleans metal legends Eyehategod. EHG have been around since 1988, and are notorious for combining punk, hardcore, and southern metal to create a sound all their own, which has since come to be known as sludge.

The show starts at 8:00pm, and promises to be a great blend of local, heavy talent and a must-see band from out of town. Tickets are $16.50 in advance, and $22 the day of the show. Go here: http://www.bluebirdtheater.net/events/detail/246816 for more info!